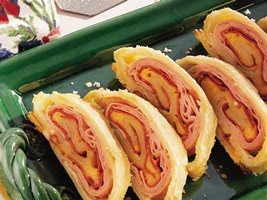 (Photo from www.pillsbury.com)
Do you ever imagine yourself at Pillsbury's Bake-Off?

Me neither. I would be a nervous wreck with everyone watching my every move and a time limit and a different oven than I'm used to. Just thinking about it gives me a shiver down my spine.

Actually, watching a video about the history of the bake-off and seeing the winners accept their checks literally did give me goosebumps. (Yes, I know I'm a cooking nerd.)

Maybe I could get over my nerves if I knew I would win ONE MILLION DOLLARS?! Since 1949, more than 4,000 finalists have vied for the grand prize.

The recipe from today is from the 2000 Pillsbury Bake-Off. It wasn't the winner, but it's a winner around here.

I think I found the recipe among the coupons in a long-ago Sunday paper and I've used it ever since. I use it only occasionally because I like it too well.

While the recipe was originally classified as an appetizer (see photo above), I more often use it as a homemade (sort of) pizza pocket. I've taken it to the field as a warm alternative to a cold sandwich. I've also made it for supper at home.

I did use it as an appetizer for a New Year's Eve party once, though I prefer to have everything prepared before my guests get here, and this recipe needs to be baked right before serving.

It's easy and gets good reviews around here. I hope it's a winner for your recipe box, too.

And you may want to join me in visiting Pillsbury's website again. Things were looking pretty yummy over there. (And, no, unfortunately they are not paying me to say that!) 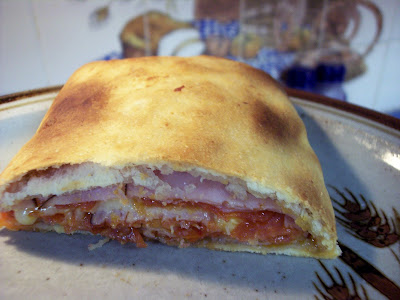 Top each crust with ham, pepperoni and Cheddar cheese to within 1 inch of edges. Loosely roll up each crust. Place rolls, seam side down, on ungreased cookie sheet. Fold ends under.

Bake at 450 degrees for 12 to 17 minutes or until crust is golden brown. Cool 5 minutes. Cut each roll into 16 slices. Serve warm.

***
No, I do not think I am The Pioneer Woman. But, just in case you're a visual learner:

A Step-by-Step Version in Photos:
Unroll your pie crust. 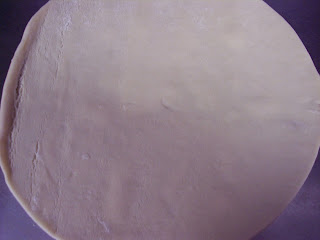 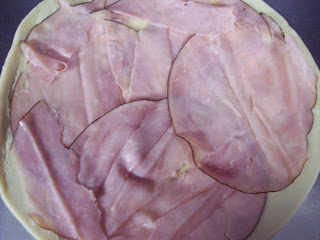 Put the pepperoni on top of the ham. 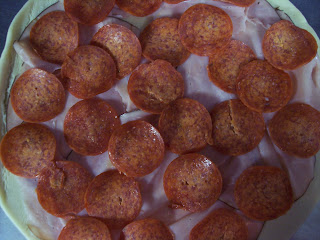 Sprinkle with the Parmesan and Cheddar cheeses. (I use a Cheddar/Monterey blend because that's what I usually have on hand.) I haven't looked at the recipe for quite some time; I just do it from memory. However, I now realize the recipe says to put the Parmesan cheese on the crust before you add the meats. It works either way. 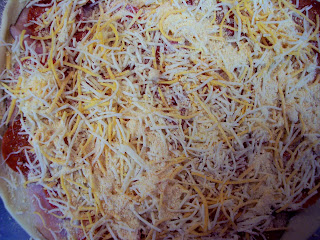 Loosely roll it up. 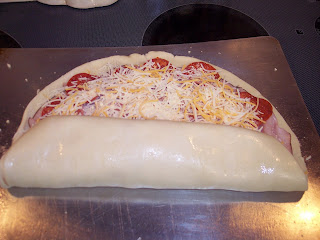 Tuck in the ends. 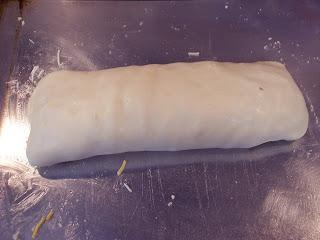 Bake until it's golden brown and delicious looking. 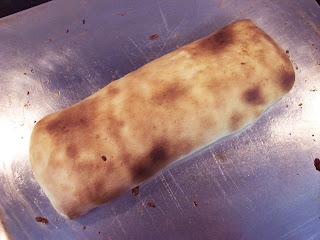