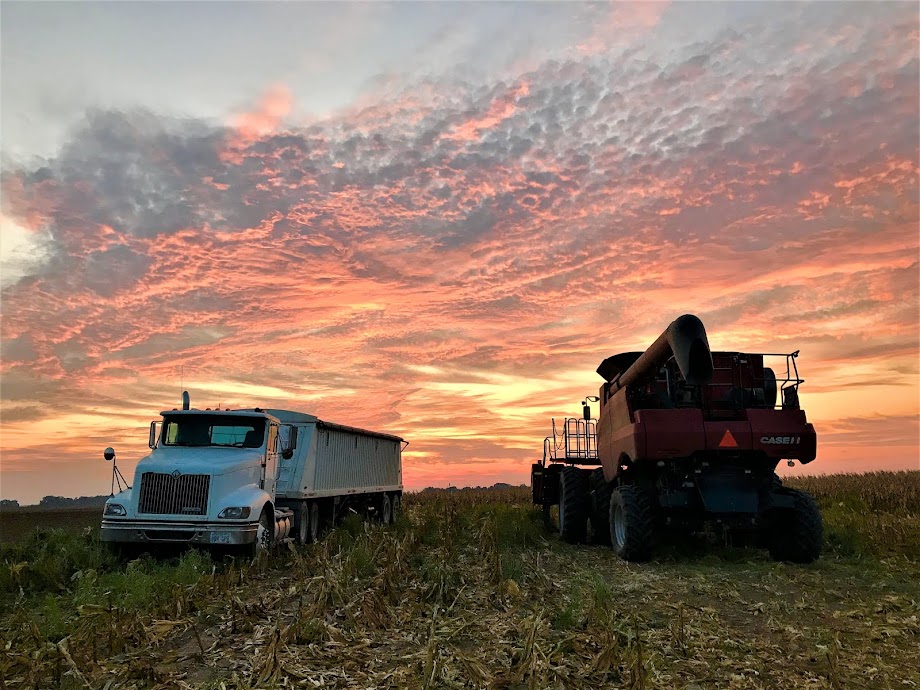 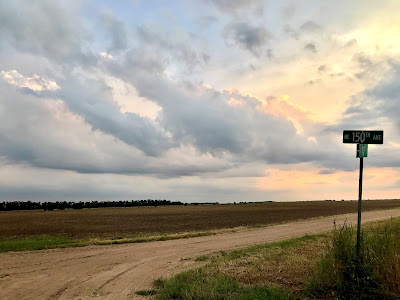 I was tempted to just delete the daily devotional from the Great Plains UMC Conference without opening it or reading it. After all, I was trying to cram four days of work into one day, while also ferrying Randy to the field three different times and trying to pack and plan for a 10-hour-plus road trip.

The reason I was trying to hurry was so we could leave to travel to South Dakota to be with Randy's brother, Lyle. Randy and his sister, Kathy, were informed that Lyle would enter hospice in Rapid City, South Dakota, on Tuesday, September 8.

But I clicked the devotional open midway through the day.

And, interestingly, the author of this particular devotional talked about one of my favorite songs, "You'll Never Walk Alone" from the musical, "Carousel."
Through the years, I've copied down some of the words on cards I've sent to those who'd lost loved ones or were in the hospital. I often used the lyrics with a couple of different cards created from photos I took a few years ago during a fall walk at Dillon Nature Center. 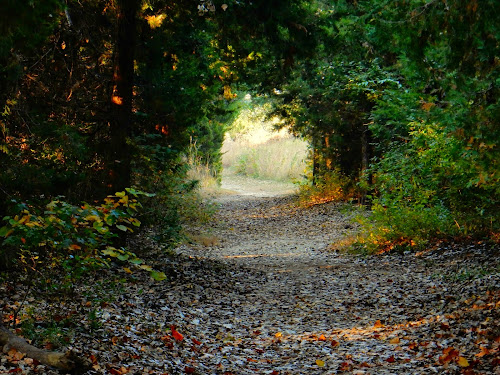 When you walk through a storm
Hold your head up high
And don't be afraid of the dark
At the end of a storm
There's a golden sky
And the sweet silver song of a lark
Walk on through the wind
Walk on through the rain
Though your dreams be tossed and blown
Walk on, walk on
With hope in your heart
And you'll never walk alone 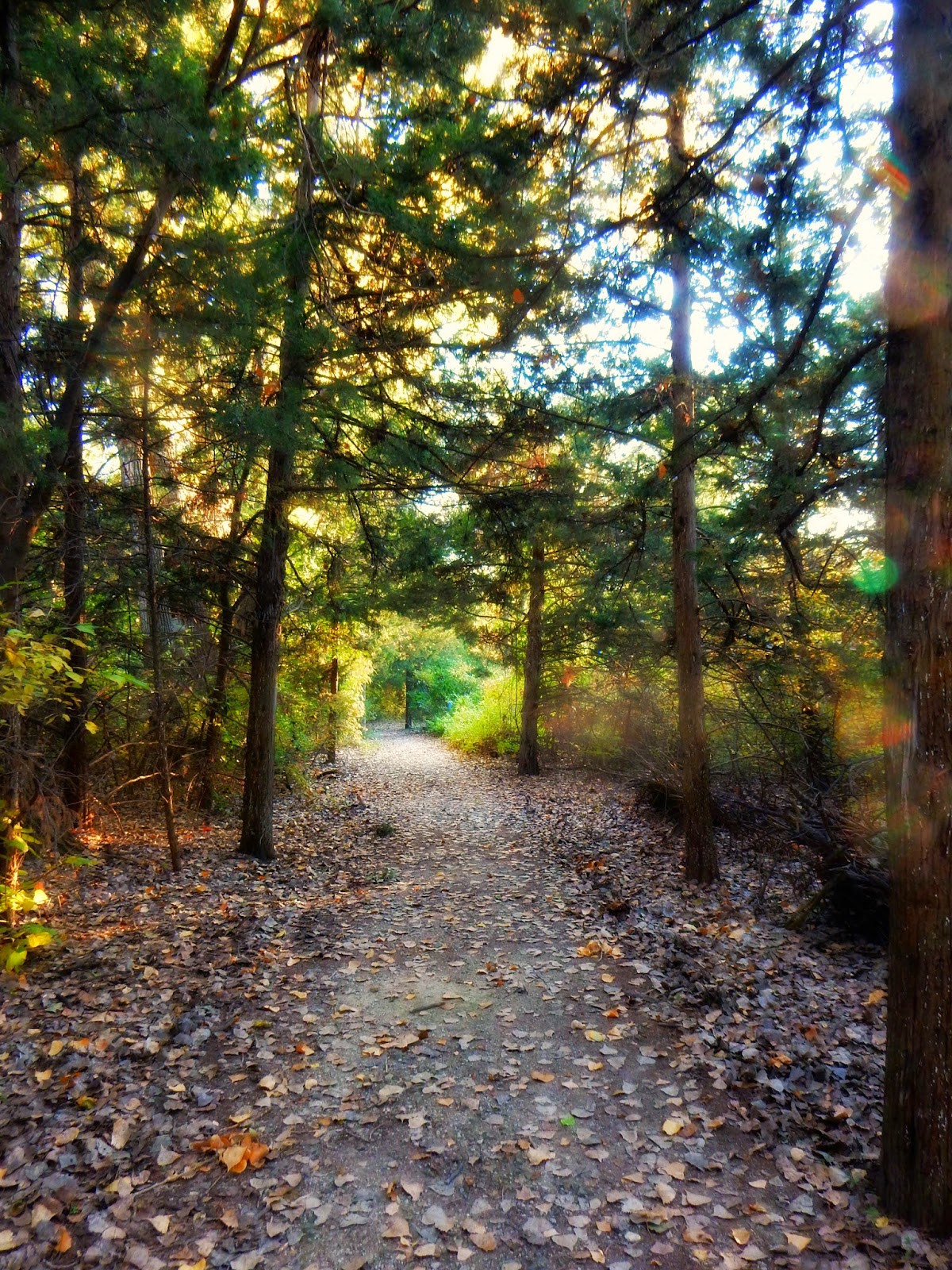 Isn't it interesting how we get these unexpected "God winks," as one of my friends calls these "coincidences?" On Sunday, September 6 at Jill's and Eric's church in Topeka - just a couple of days before our unplanned departure - Pastor Andrew called it a "nurge," an amalgamation of "nudge" and "urge."
Randy finished up corn harvest and worked some ground on Labor Day, Monday, September 7, so that we could leave after an appointment on Tuesday morning.
In May 2015, Randy and Kathy, plus Kathy's two girls, traveled to South Dakota to visit. I had other obligations, so I stayed home, but I was "ghostwriter" for their journey.
This time, Randy and Kathy didn't want Lyle to have to "walk alone" through what we assume will be a final journey, if the doctors are right.
Two years ago, we made a similar journey when Lyle was in the hospital. At that time, another song became my theme song. "Hills and Valleys" sung by Christian recording artist Tauren Wells also talks about God being there through it all - from the highs to the lows. The photo below was one I took on an unplanned detour. It was a wrong turn that ended up being right. 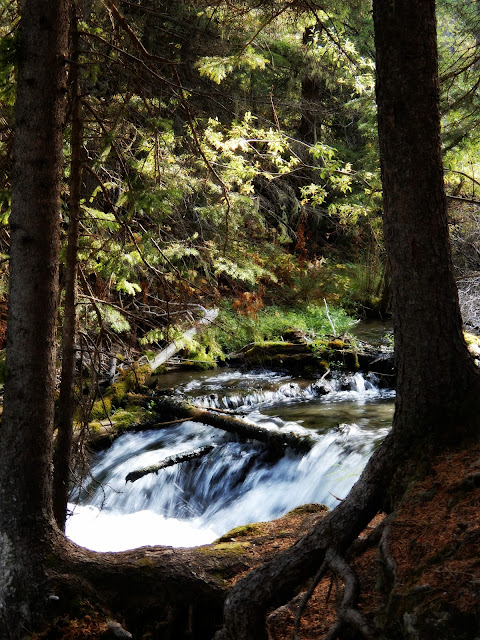 When we stepped into the stillness of the pine trees, it was quiet. Just the rush of water flowing over a small waterfall hidden in the trees marred the silence. The water was enough to mask any sounds from the highway, though it wasn't busy anyway.
There's beauty everywhere, even when your mind is swirling with other things.
The first day of this 2020 trip was drizzly and overcast. It rained most of the way, so the scenery was kind of like God pushed the "mute" button. 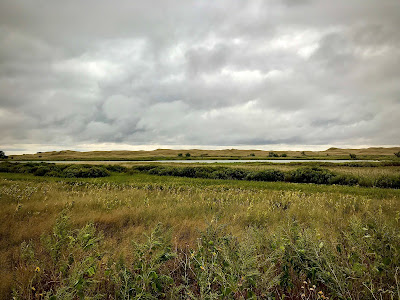 I dodged raindrops on a brief stop at a lookout spot at the Valentine National Wildlife Refuge nestled in the Nebraska sandhills. It was the only photo I took all day. The rolling prairie, wetlands, and meadows provide habitat for the same species of wildlife that have been part of the region's history for thousands of years.

It made me think of a quote from a book I finished the night before we left. This was near the end of the book, "The Ones We Choose" by Julie Clark. (I recommend the book, by the way.)

When someone dies, you can't help but think in terms of last times. The last time you talked with them, the last time you held their hand, the last time you kissed them. But we're learning that we never really lose those last times. They embed themselves in our genes to be carried forward, a quiet memory of people long since forgotten. ... They are there, in the silent rush of blood through veins, telling us what we need to know.
From the conclusion to the novel, "The Ones We Choose" by Julie Clark

On the way to Rapid City, I asked Randy about some of his favorite memories of Lyle. As adults, they ended up making very different choices in life. So Randy's favorite memories are from childhood.  He says he and Lyle spent hours using toy road equipment to make roads in a small sand pile between their home and the wash house.

He also remembers going to the Peace Creek bridge to meet their Hornbaker cousins who lived just a half mile away. There, they played in the creek and fished.

Both Randy and Kathy were able to visit Lyle and said their "last goodbyes" at the hospice in Rapid City, which is in a nice facility with a caring staff. We are thankful for their care in what we assume will be Lyle's last days here on earth. 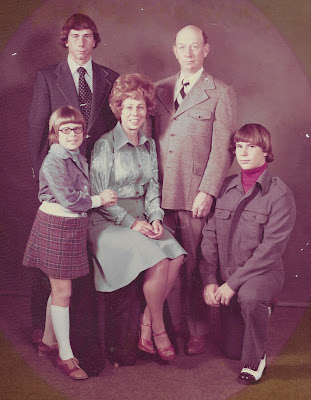 I'll have more from the trip at some point. But, for now, thank you for your prayers for Lyle, Randy and Kathy as they make this journey. We know we don't walk alone. 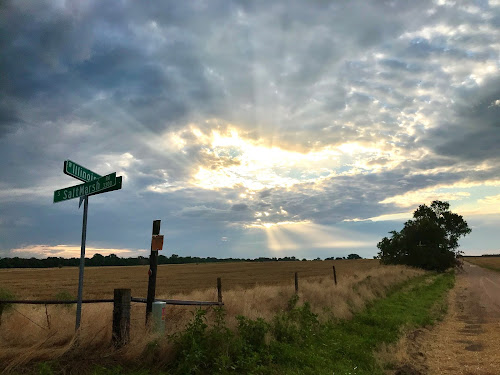 Dear Lord, sometimes we need to be reminded in the darkness of our lives that we never walk alone as long as You are with us, guiding our steps into the uncertainty. Amen.

Prayer for Reflection (also from the same Great Plains Devotional)