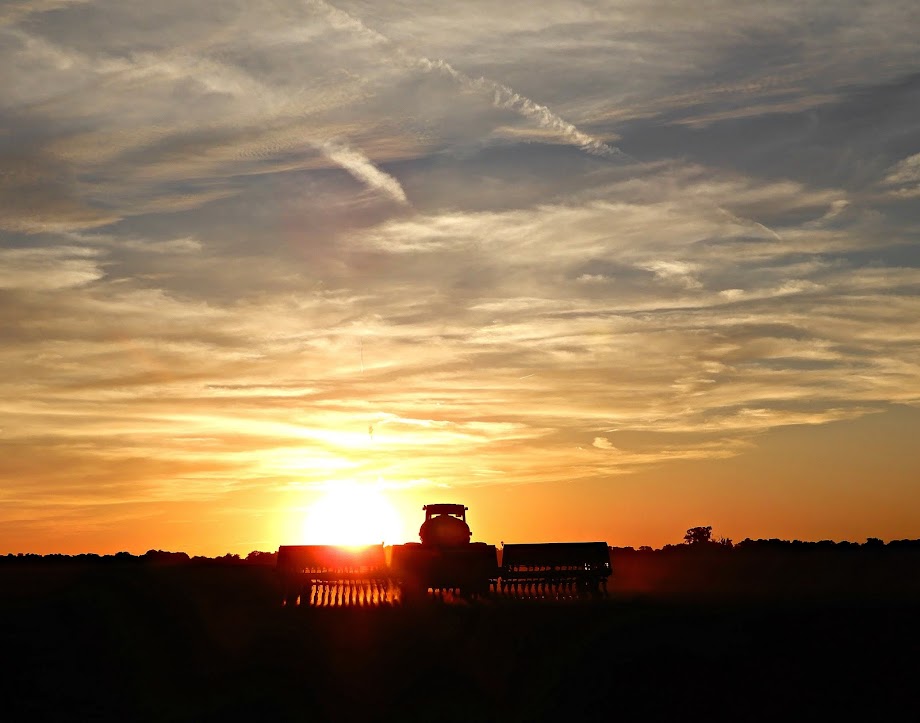 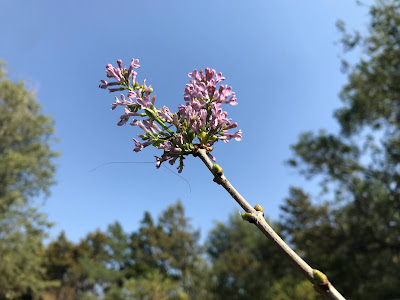 I realize that statement can be taken a variety of ways. It certainly seems plenty of people are "mad" in 2020. It's true whether we're talking about anger "mad" or chaos "mad" during this year that everyone is calling "unprecedented." From a pandemic to a hotly-debated election, there's plenty of madness to go around.

So I guess I wasn't surprised that our lilacs are going mad, too. Not a single one bloomed this past spring. We figured that a frost had nipped them in the bud - literally.

However, last week as I returned to the farmstead after umpteen trips to the field as go-fer, I noticed a few purple blooms among the greenery.

I went for a closer look and to take a few photos (of course). 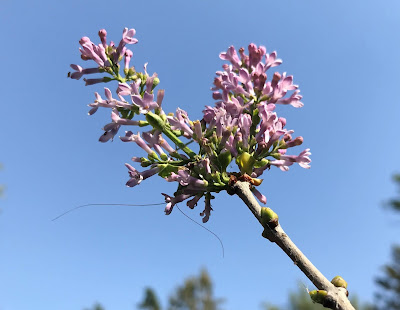 I was trying to use the bright blue sky as a backdrop and when I looked closer, I thought there was a bit of thread caught in the blooms.
I tugged to remove it so it wouldn't ruin my photo.
And I realized that I had rudely disturbed a visitor. 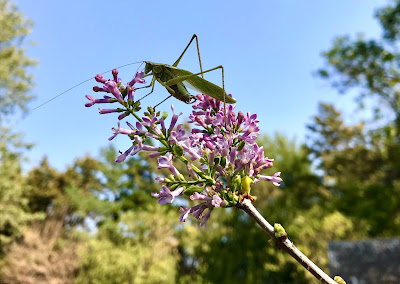 Once I realized the "thread" was attached to a praying mantis, I was surprised that my rude greeting hadn't resulted in my guest getting mad and swiftly departing the premises.
But, no, he stuck around for a few close-up photos. 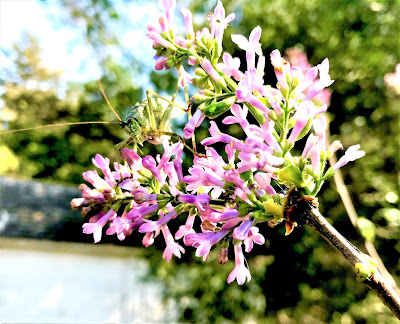 While nothing about 2020 surprises me much at this point, I did have to Google why lilacs would bloom in the fall.
First of all, I do not have boomerang lilacs, a trademarked variety that is bred to bloom both in the spring and the fall.
But my regular, run-of-the-mill lilacs aren't alone in our mixed-up world of 2020. (I noticed our neighbor, Gary, has blooming lilacs, too.)

Anyway, Google tells me that lilacs and other spring blooming shrubs can sometimes be tricked into re-blooming when warm fall weather comes after a cool-down, or after a stressful summer.

"A stressful summer" ... Yes, add that to a stressful spring and it's no wonder the world is topsy-turvy. At least in this instance, there's some beauty in the mayhem.

So I will enjoy this particular anomaly ... however short-lived it is as another cold front barrels through today.