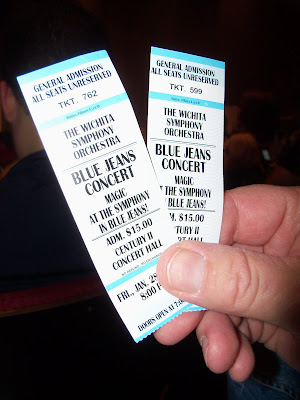 We had a little magic happen before we ever got into Century II Concert Hall last weekend. 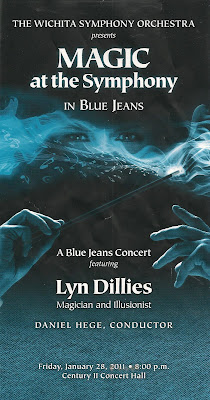 Randy saw the ads for the Wichita Symphony Orchestra's "Magic at the Symphony" concert and wanted to go.

The Friday night version was the blue jean concert. Hmmm ... dressing up or blue jeans? You don't need ESP to figure out which night he chose.

He looked online (which is a major achievement in itself). All the tickets on Friday night were general admission. He figured that meant you could just get tickets at the door. So we had a leisurely supper at The Olive Garden and sauntered up to the ticket counter.

And that's when we found out that a little magic was definitely in play.

"Sir, we've been sold out all week," the ticket agent told Randy. "But these two tickets were just turned in, so you're in luck." 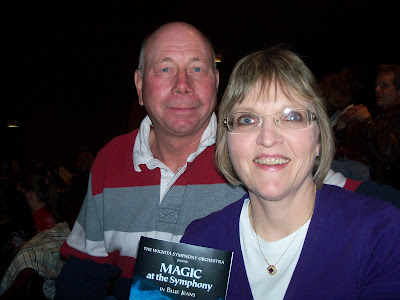 We certainly were. We ended up in the balcony, but we were happy to be there. 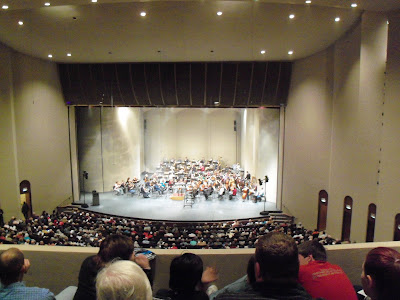 Randy has been an amateur magician for the past 20 years. He has most often used magic for children's sermons at church and has shared it with 4-Hers. He was bitten by the magic bug after we saw a Siegfried and Roy magic show in Las Vegas on a trip to celebrate our 10th anniversary.

After tigers appeared in boxes about 6 feet from us during that show, he was intrigued enough to come home and check out books from the library. 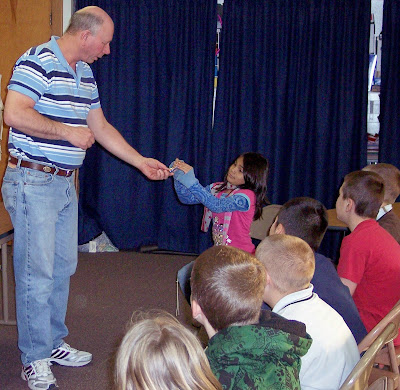 There are no tigers appearing out of thin air in any of Randy's routines. But, even without tigers, he was a hit when he demonstrated magic at the Stafford STARS after-school program last year. 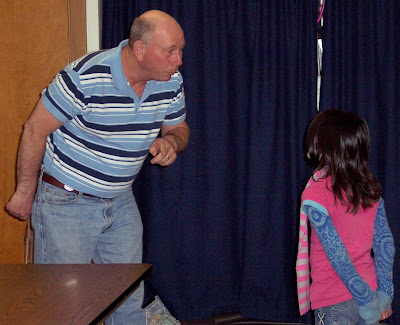 The magician at Friday night's show was Lyn Dillies, who was awarded the Merlin Award for Female Illusionist of the Year in 2009. As a former violin player, she combines her love of music and magic in shows across the country. 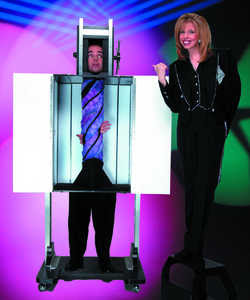 It was a pretty magical evening ... beginning at the ticket office - for my own favorite magician.