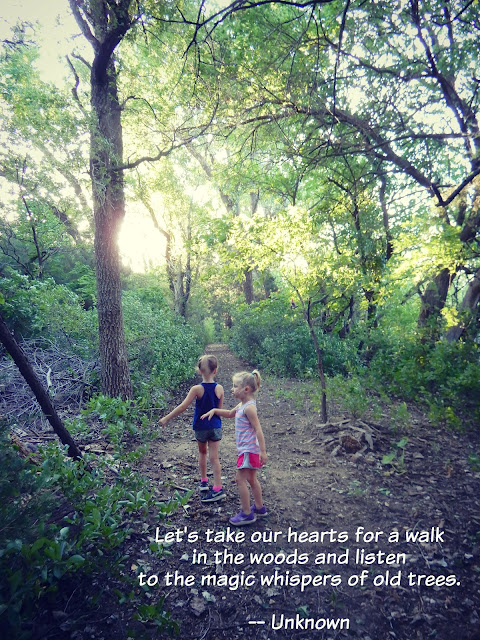 An enchanted forest is just moments away from our door. Our neighbor has created a hideaway in an old shelterbelt. It's been the setting for an intimate wedding and a stroll for a church group during Halloween. Its creator, Gary, also invited us to meander down the path he spent hours clearing and decorating.

During harvest, Grandpa wanted to take Kinley and Brooke to explore the enchanted forest. There was time before the combine geared up for the day, and Grandpa was probably more excited than the girls ... at least, before we got there. 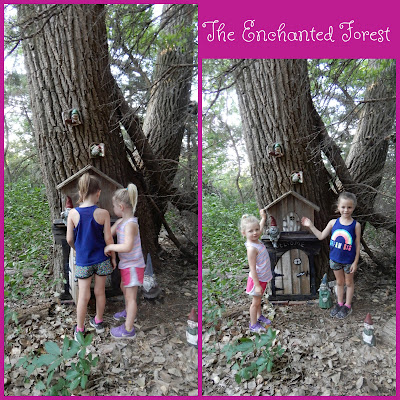 But after they arrived, they were just as enamored as Grandpa. There are surprises around every bend of the path. 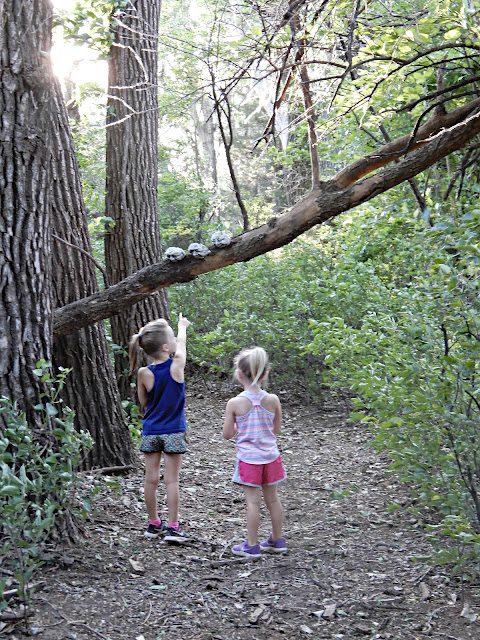 Gary has placed gnomes and turtles and owls and frogs and tree people all throughout the forest. 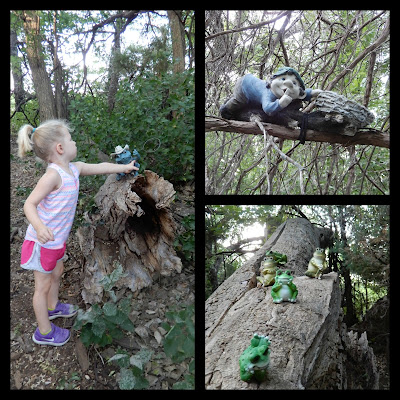 There are so many things to see that you don't always glimpse everything on the first pass through. 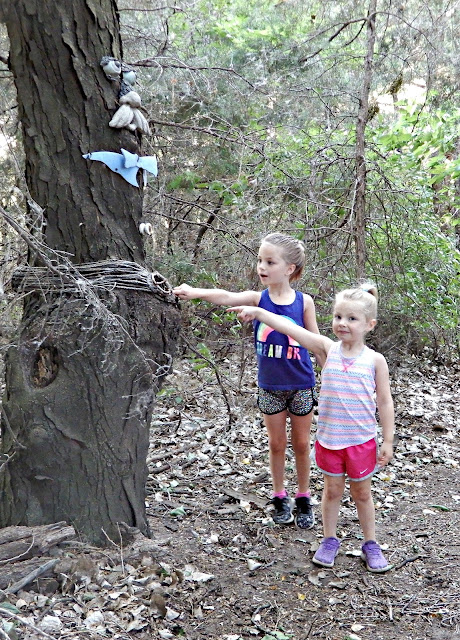 Each discovery had the girls running ahead to find the next hidden treasure, kind of like one of those hidden picture puzzle books ... but even better because you can do the exploring with your own two feet. 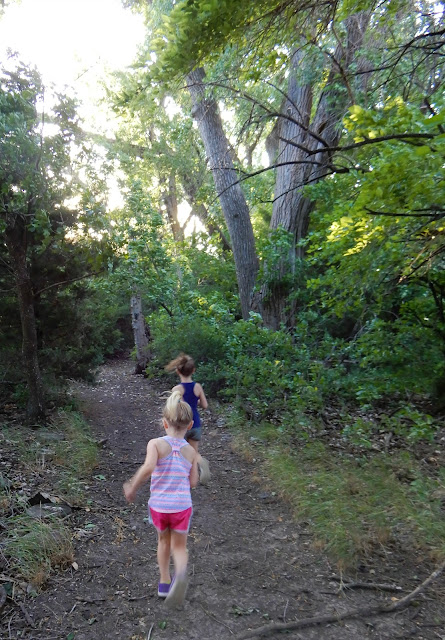 You know how earlier I said there were surprises around every bend of the path? Well, this was the site for our encounter with a deer crashing through the trees. And not long after that, it's where we got a little too close to a skunk. (Read the whole post about that by clicking here, but here's Kinley's drawing, in case you missed it before.) 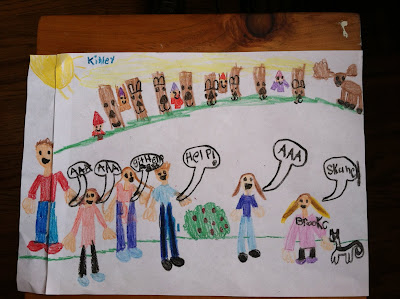 I'm not sure whether the trauma of repeated baths with hydrogen peroxide, Dawn dishwashing soap and baking soda will keep all of us out of the Enchanted Forest or not.

But I do know that Gary's creation inspired Randy to make a mini version across the road from our house this past winter.

He used the tree's "toad stools" as little gnome houses. (It sounds better than fungus, doesn't it?) 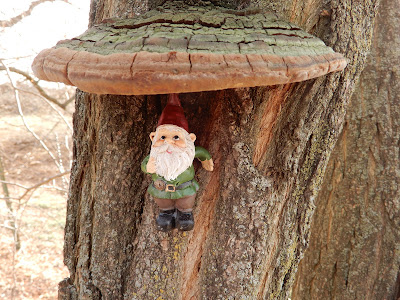 The Dollar General at St. John probably wonders why this farmer was buying them out of small gnomes. 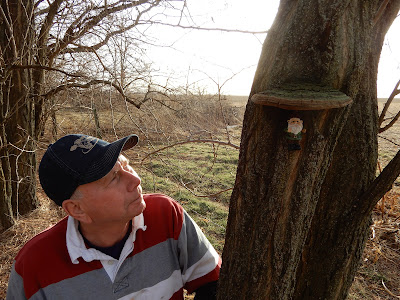 But look at those faces ... 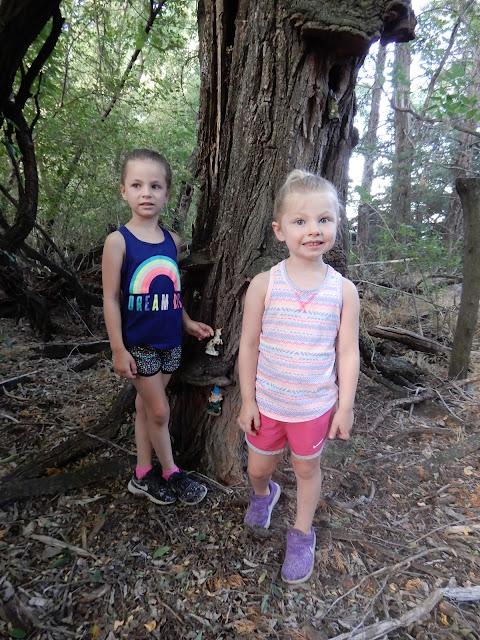 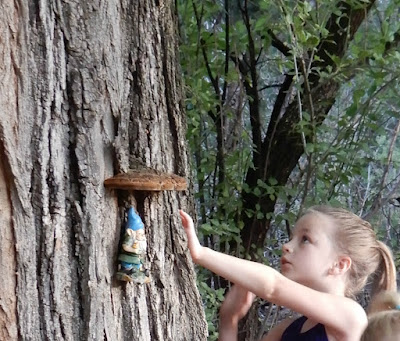 This face was pretty happy about his creation, too. Just sayin'! 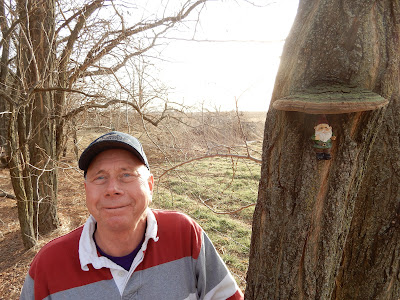