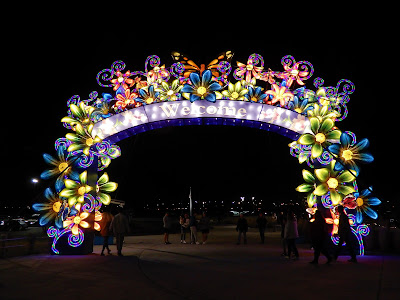 Wild Lights at the Sedgwick County Zoo in Wichita wasn't a Christmas display, per se. But it was definitely an early Christmas gift for us.

I wish I could tell you that the display was still there and recommend that you take the family. But, we barely made it ourselves. Thankfully, we chose a weekday evening with perfect fall weather.

Wild Lights consisted of Asian Lantern sculptures from the Tianyu Arts and Culture, Inc., illuminating paths throughout the zoo. Jeff Ettling, the president and CEO of the zoo, said in a news story that it it took about a week to install the 47 elements. The 47 is kind of misleading. It took 13 semi truckloads to get the display to Wichita. 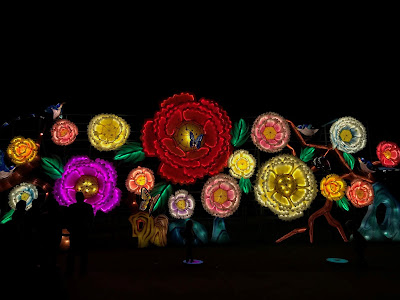 One of the first displays almost looked like embroidery from a distance. 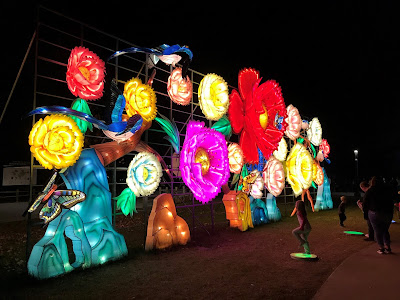 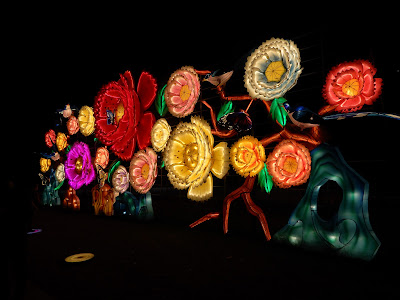 Besides being beautiful, it was interactive. Kids were having a great time stepping (or stomping) on lighted circles in front of the display to make it move. 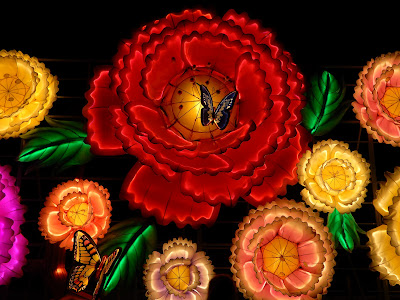 This was Tianyu's first display in this part of the country. In looking at their website, the Tianyu displays are patterned after Chinese lantern festivals. 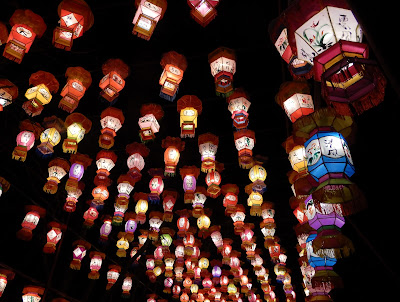 The Tianyu's displays have taken the beauty of the lantern festivals and bolstered it with modern technology, including electricity to illuminate lanterns and the use of LED bulbs. 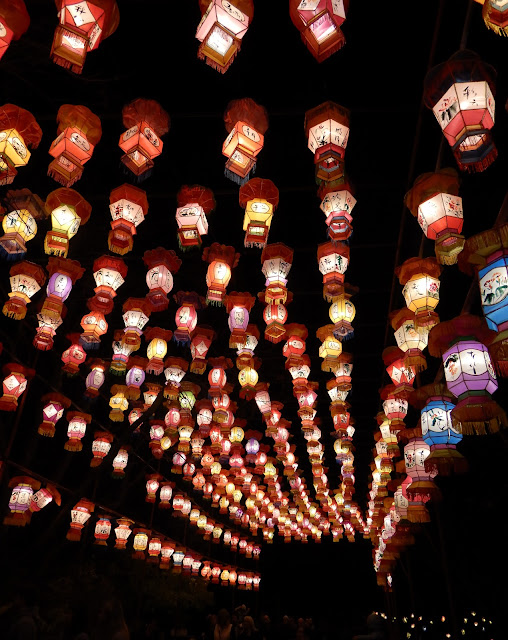 The craftspeople who construct the huge lantern displays are still using the traditional lantern-making skills - just on a much larger scale. They come in many shapes and sizes, including animals, plants, sea creatures, Chinese culture, architecture and more. 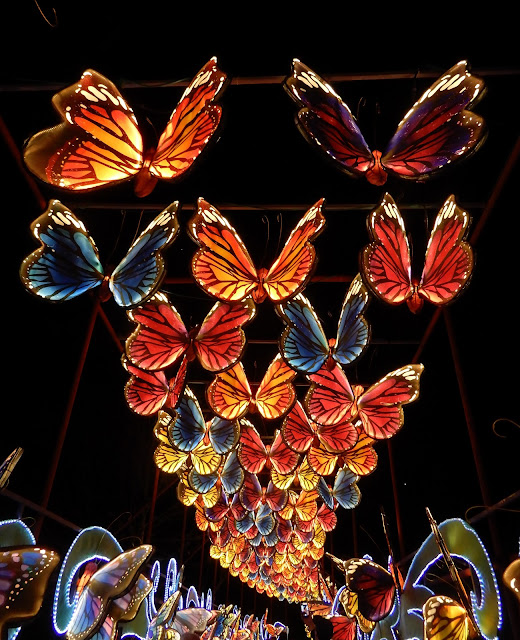 My favorite was the butterfly tunnel, which featured 230 butterflies. 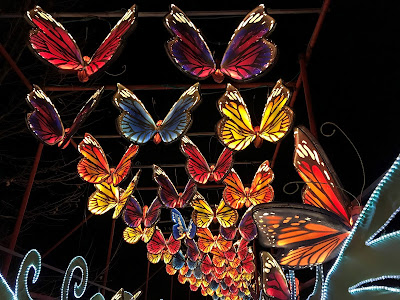 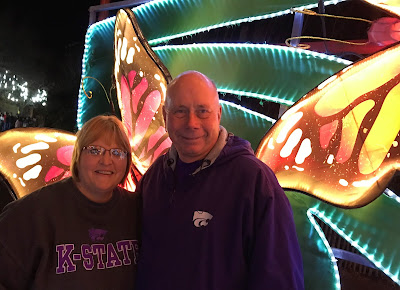 Another of my favorites also featured butterflies (big surprise)! 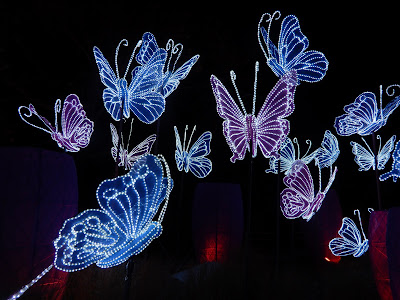 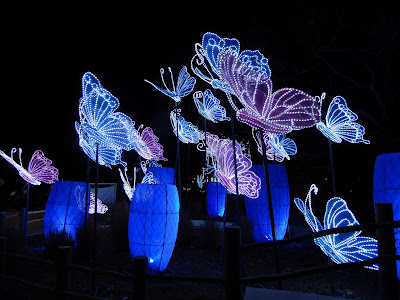 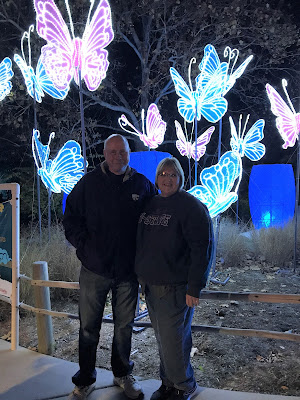 Randy's favorite display was the pair of swans. 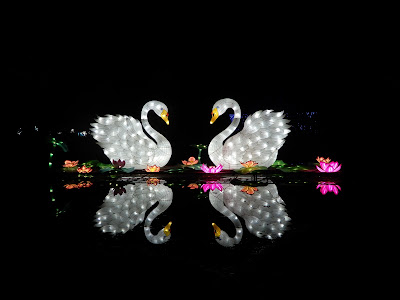 It was even more beautiful because of the reflections on the water. The water reflection of this display also caught my eye as I looked back across the pond. 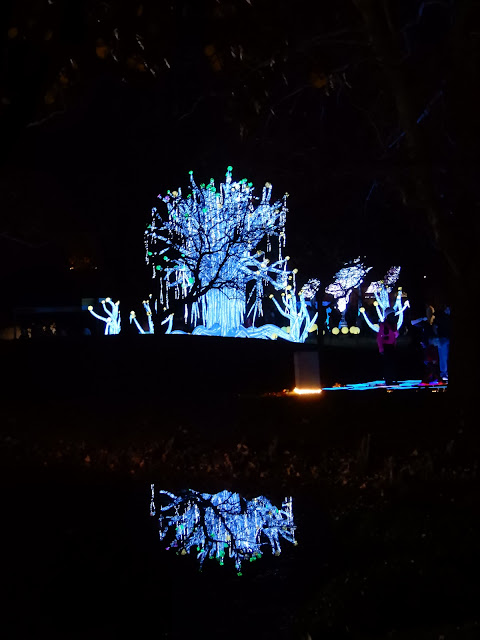 But it was also gorgeous close up. 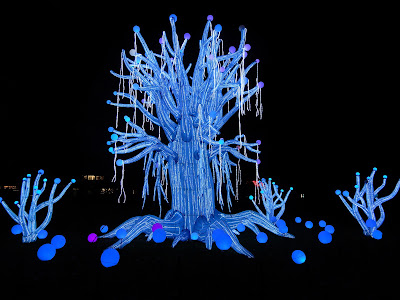 Changing colors in some of the displays gave an evolving viewpoint. 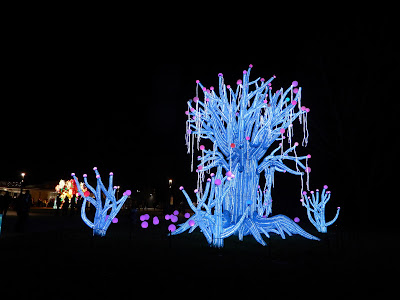 Traditionally, colorful glass and jade were used to make lanterns, with figures from folk tales painted on the lanterns. 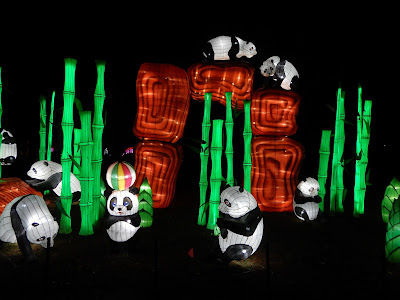 If we'd had the girls with us, I figure they would have loved the animal displays. 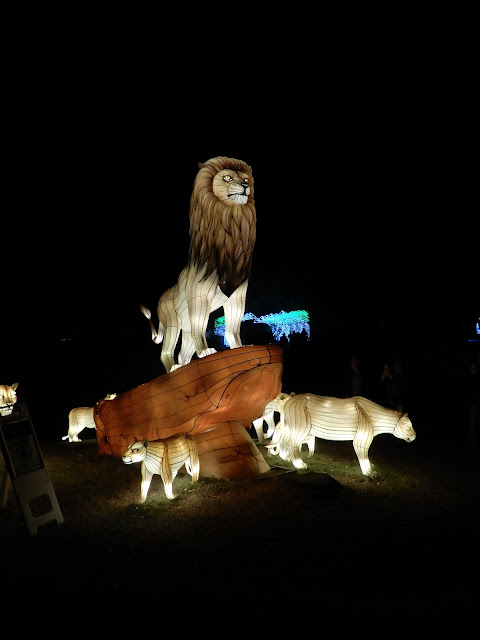 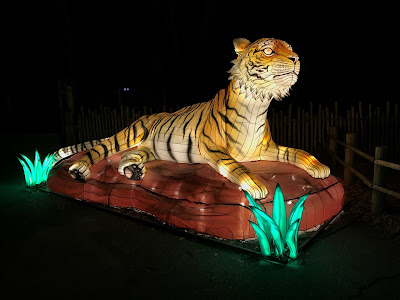 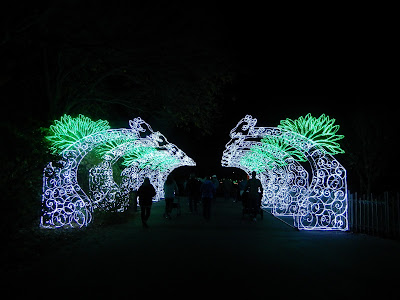 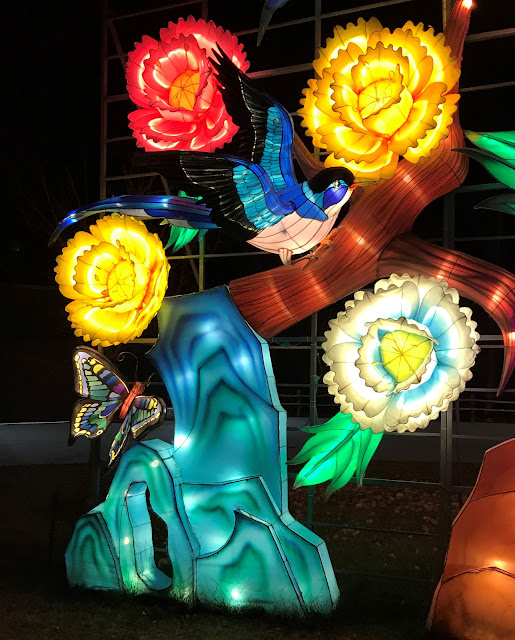 Another of Randy's favorites was the peacock. It generated quite a crowd, waiting on the plumage to bloom.And, of course, you can't go wrong with flowers. 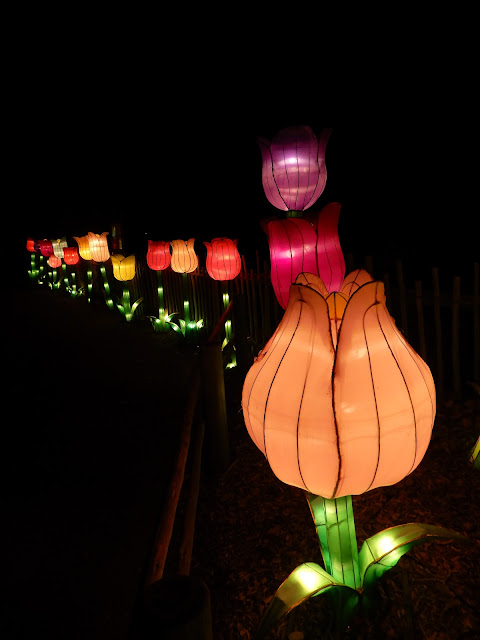 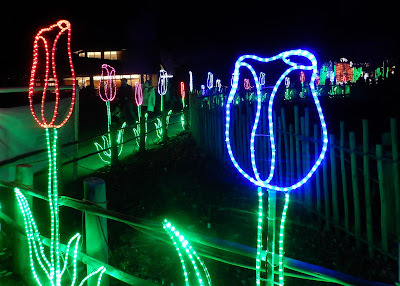 The Tianyu Arts and Culture has many different traveling units that travel the U.S. and all around the world. If one comes near your town, we highly recommend it! 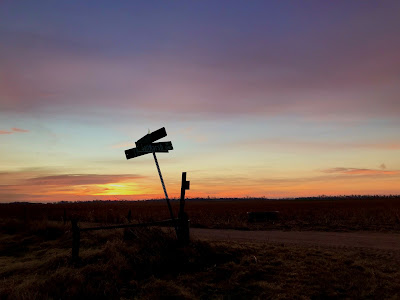 But don't forget to look outside your own window, too. There's usually a pretty good light show there, too.