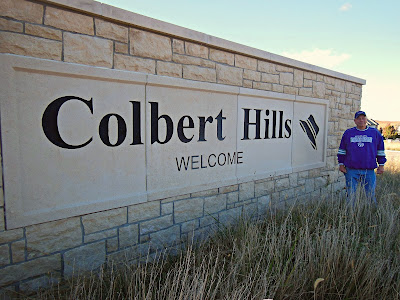 I know some people get teed off if you remind them of another birthday. But Randy's not one of them, especially if one of his gifts is golf related.

My gift to him is an 8-by-10 print of a photo I took on the Number 5 hole at Colbert Hills in Manhattan. In 2011, the course substituted purple sand in the five bunkers that form the 'Cat's paw guarding the front right portion of the green. Pretty appropriate for the course that's home to the K-State golf teams, don't you think? 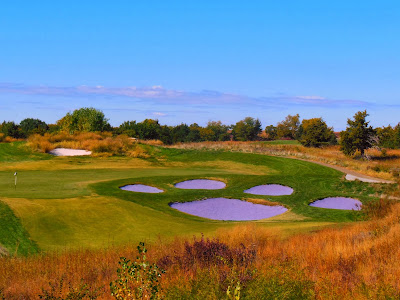 Even better, he didn't hit the purple sand - just admired it. 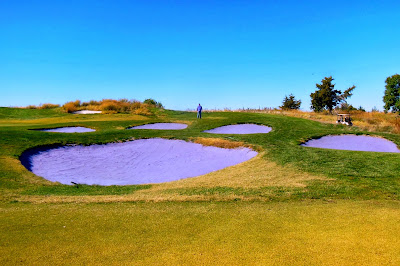 Randy is at a Kansas Wheat meeting in Dodge City today, so he will have to wait for his German chocolate cake and his photo until he gets home. (The surprise will be safe, since he won't be searching the internet on his flip phone.) But we already celebrated with a round of golf at Colbert Hills on October 21 while we waited to pick up Kinley. 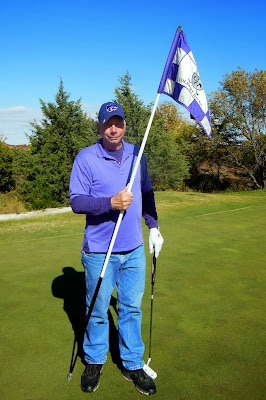 Randy has golfed there several times, but he's always wanted me to ride along. This trip, he got his wish. It was a brisk fall day on the course, and the Flint Hills were dressed in their fall party clothes. 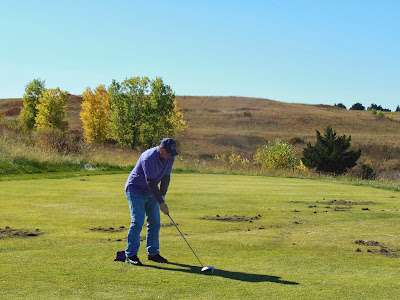 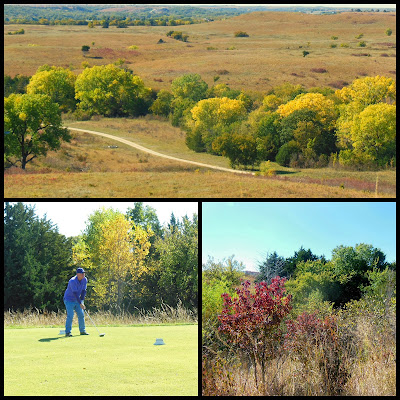 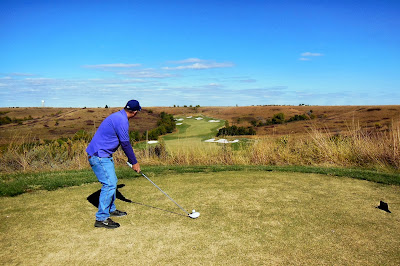 I was not the only spectator watching Randy and the other golfers. 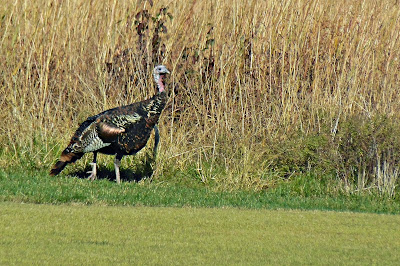 By the end of the 18 holes, the clouds were rolling in, giving the course a whole new look. 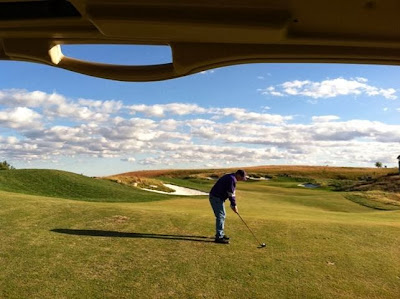 Even for someone who doesn't understand the fascination of chasing a little white ball around hill and dale, it was a beautiful afternoon. 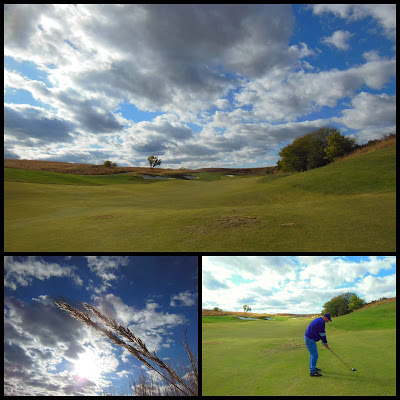 Happy Birthday to the best husband a girl could have ... even if we don't see eye-to-eye on this golfing thing.
Posted by Kim at 6:53 AM