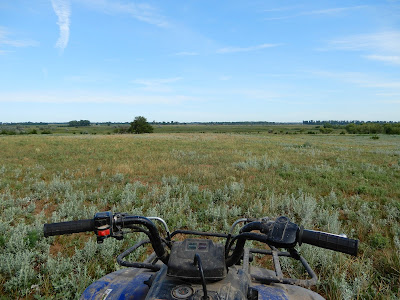 Etymology
First recorded in 1893 in the UK. The idea is that a busman, to go off on a holiday, would take an excursion by bus, thereby engaging in a similar activity to his work. 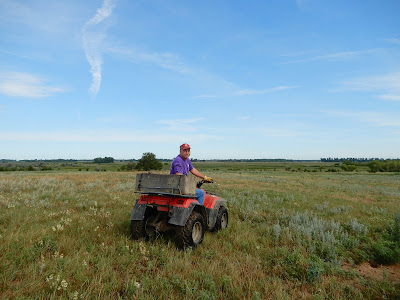 On the morning of the 4th of July, we took a busman's holiday. 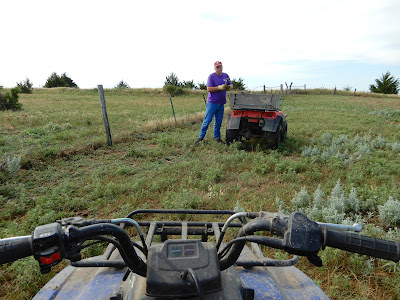 Except we used 4-wheelers. 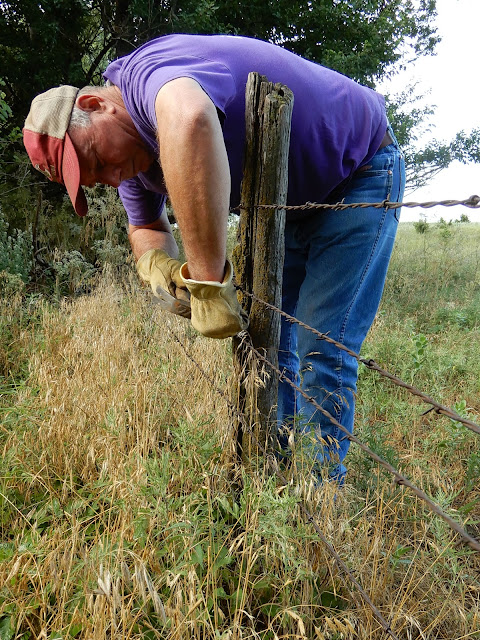 I was more on holiday than Randy, who had to fix fence while we were there. 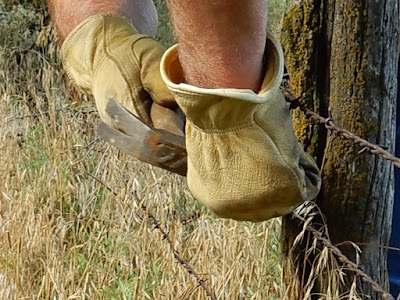 However, when you get to ride 4-wheelers and see views like this ... 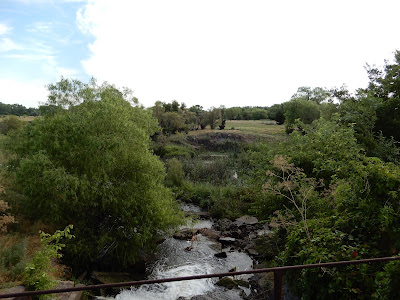 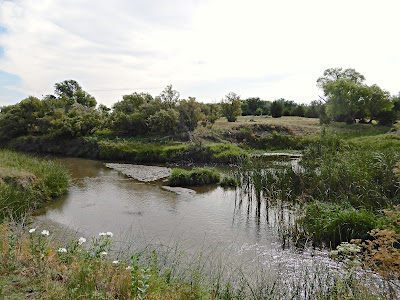 It feels more like a short getaway rather than work. 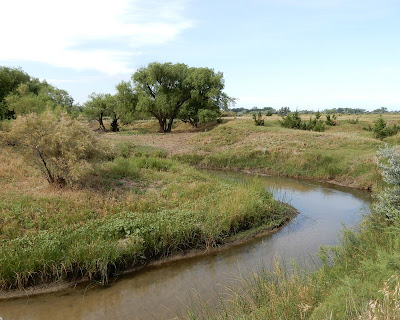 We were checking to make sure that our cows, calves and the bulls were thriving in their summer "vacation" spot on the Ninnescah. 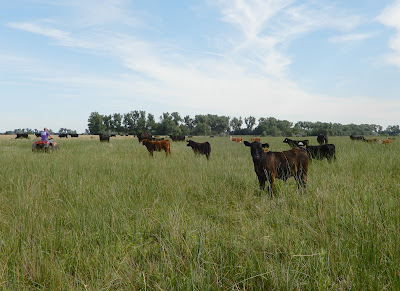 They seemed curious about the interlopers in their quiet pastoral getaway. Who were these people interrupting their breakfast? Who was so rudely covering up the sound of bird song and the gentle breeze rustling through pasture grasses? 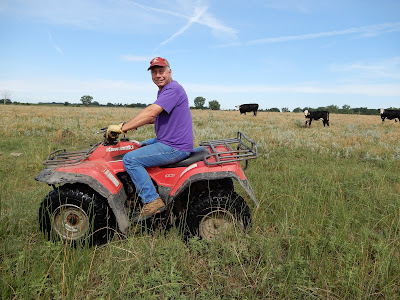 It was the farmer on a "busman's holiday." 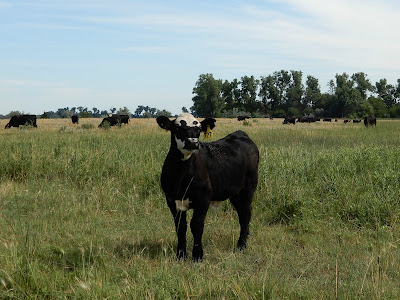 They were all present and accounted for. 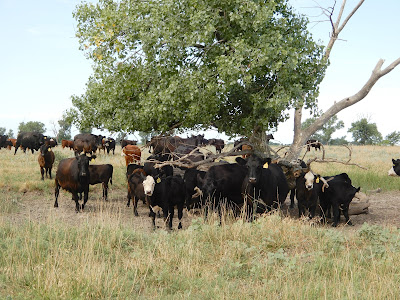 While the 4th of July is often associated with explosions and drama, we were just as happy as the cattle that it was a quiet, peaceful start to the day. 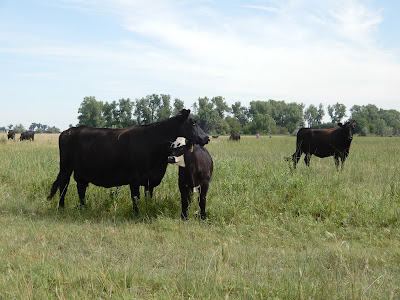 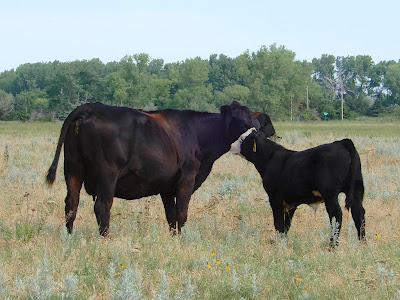