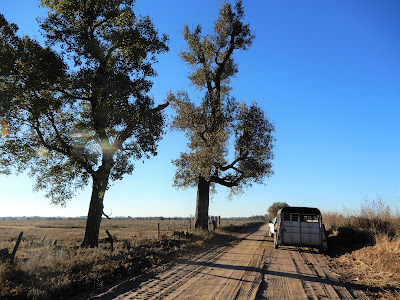 As a Kansas farm girl with a June birthday, my special day was often paired with slow trips to the elevator in a grain truck. It was a "hot" celebration, all right.

This year, Randy celebrated a milestone birthday while working, too. Of course, since he's the boss, he set his own schedule. But we gathered cows and calves from the Ninnescah Pasture on his 65th birthday.

As we were looking for a few stragglers, I made him pause for a quick photo. (He's looking pretty good, don't you think?) 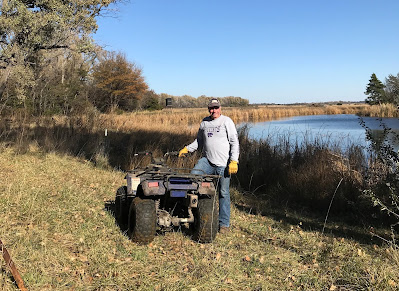 Five years ago, he asked for a special birthday party, and we delivered with a gathering at the Stafford County golf course clubhouse.

As I told him several times this year, I'm glad we did it for his 60th birthday, since we're in the midst of a pandemic this year.

This year, we had a few party crashers - deer who darted through the pasture as we drove by on 4-wheelers and disturbed their hiding places. (They were camera shy. No photos of those party guests.) 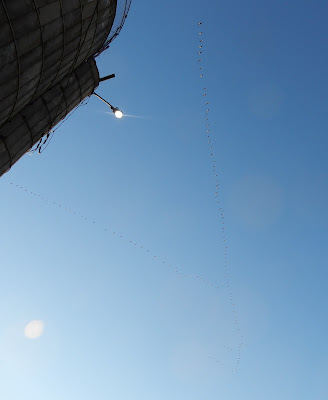 Other partygoers were loud. The migrating geese and ducks honked their greeting as they traveled south for the winter. 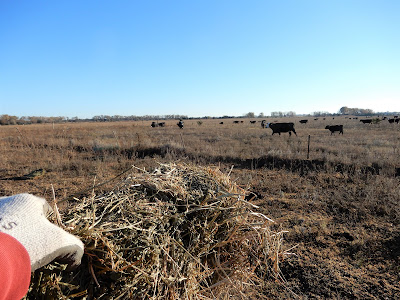 I did a little honking, too. But my honking was with our pickup, using the horn to call the cattle up for an impromptu birthday treat of hay. It can't be a party without goodies, right? 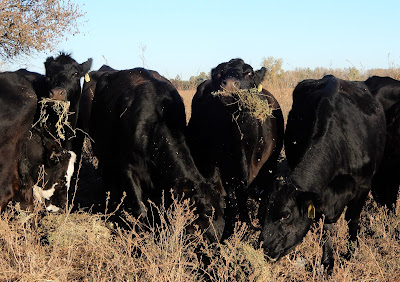 Some were anxious to attend the party and dine at the "buffet." Others needed a little nudge to attend but then formed their own parade route to celebrate the special day. 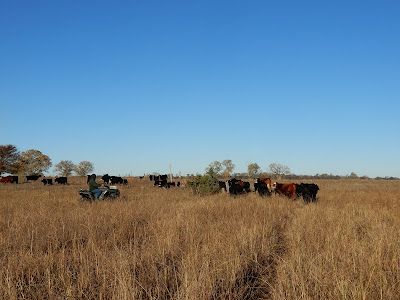 I can't complain about the "decorations" - even with the muted autumn hues rather than the rich green of summer. 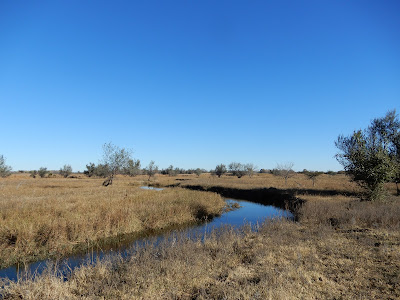 The birthday boy even gave me time to pause on top of the dam to take a photo. 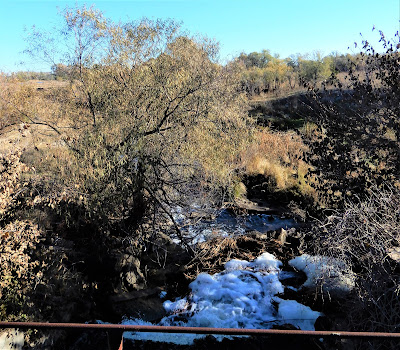 The "guest" most reluctant to leave the party venue was the bull. 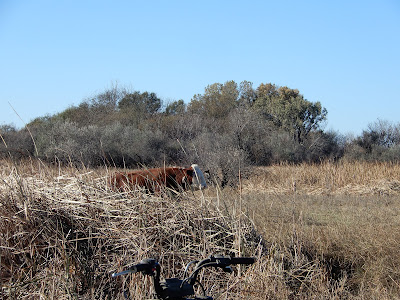 He was a wallflower, hanging out far from the party crowd. 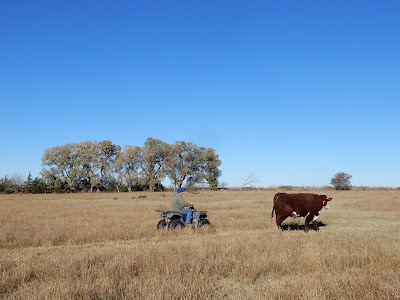 But he finally joined the others - with a little encouragement. 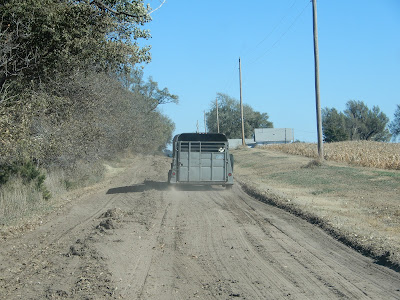 The only dancing at this party was choreographed by the fallen leaves in the ditches as we drove the cattle back home. 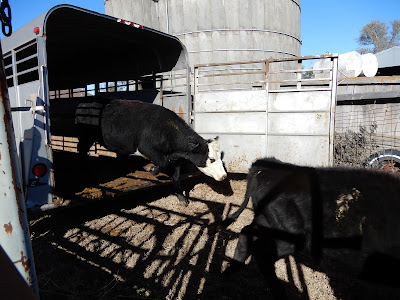 After many trips back and forth with three trailers, the mission was accomplished ... or so we thought. We count cows and calves as they come off the trailers, and we came up a little short. We had to go back the next day to look for stragglers. It was another nice day for a 4-wheeler ride. 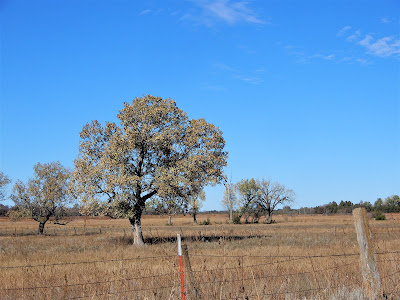 I'm slow to post this. Randy's birthday blueberry pie is long consumed. But it was more important to help than write about it.

It's amazing to see how the girls have grown during those 5 years. Even though we worked on Randy's 65th birthday, we did get to celebrate a few days later with Kinley & Brooke - and their parents, of course.

More to come on fall cattle gathering and vet visits.