It is not our differences that divide us. It is our inability to recognize, accept, and celebrate those differences.
Andre Lorde

I love staying connected with people via Facebook. It's a way to interact with people from my past and present in a way that wouldn't be possible from a solitary dirt road in south central Kansas.
But a friend and I were talking on Tuesday about the contentiousness we also witness on Facebook. There are people who feel strongly about lots of things - whether it's the current occupant of the White House and his second in command (yay or nay)... Covid and vaccines (yay or nay) ... racism ... the thin blue line. The list - and the "sides" - go on and on.
Of course, it's the beauty of America that we can disagree - even with our own government. But my friend and I were lamenting the seeming inability to objectively listen to another's point of view ... and then perhaps think about something in a new way.
I don't understand the animosity often witnessed if a Facebook friend or acquaintance disagrees with a post - or with a commenter who has a different opinion than the one they just shared. Most often, I mutter an opinion under my breath and then scroll on by. But there are plenty of people who will share their opinion ...and share it loudly and clearly and often. 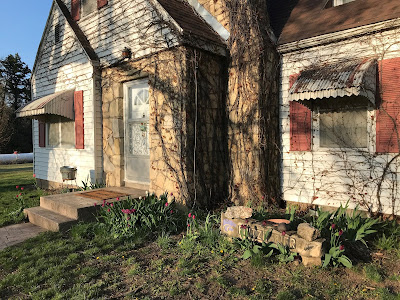 I thought about this inflexibility as I wandered around my farmhouse yard this week. On Monday afternoon, I ventured out to take photos of the blooms that punctuated our yard with springtime color. 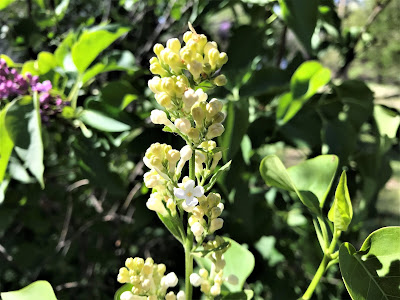 The purple and white lilacs were just beginning to bloom. 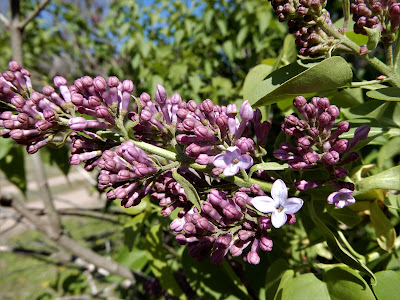 Most were still tightly holding onto their blooms in their buds, but a few were peeking out to enjoy the sunshine. 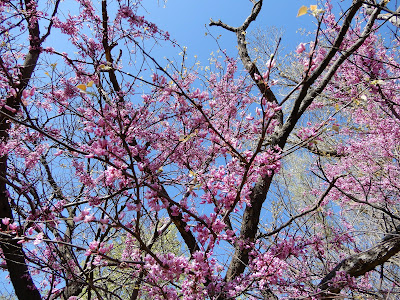 Our redbud tree lifted its "arms" toward the bright blue sky. 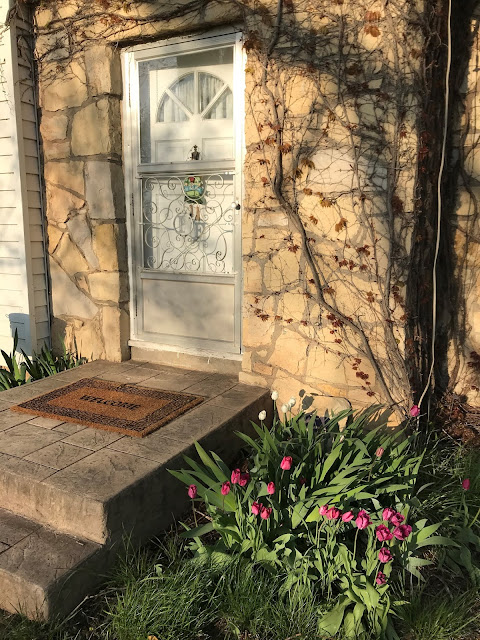 Colorful tulips were poised to greet any guests who might arrive at our front door ... and give us joy in the meantime. 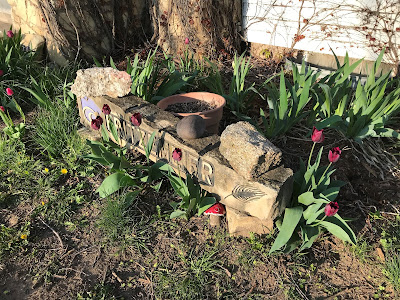 I knew that if the weather forecasters were right, the overnight hours might spell a premature end to the riot of spring color. 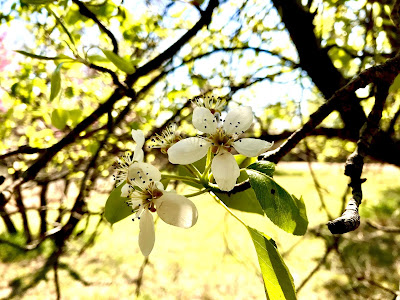 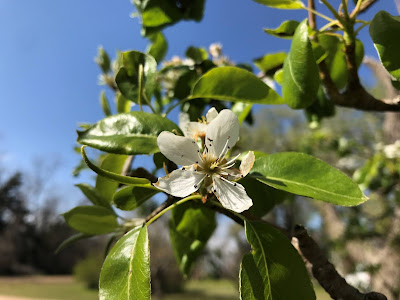 My pear trees loaded with bountiful blooms would likely be wearing a white "sweater" by morning. 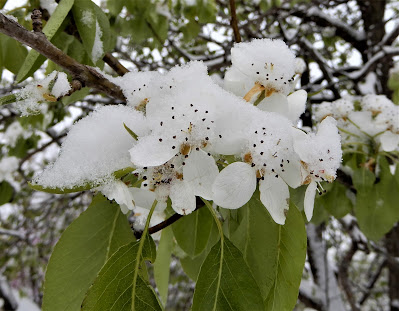 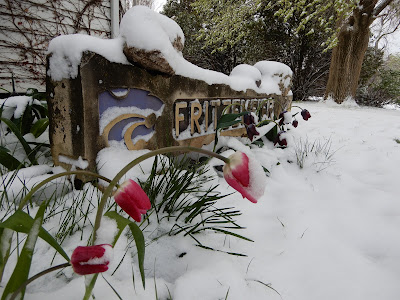 But the beauty was still there. I had an 8:30 AM district church meeting via Zoom, so I hurried with my radio report and blog post so I could venture outside to snap a few photos before the snow melted away with the forecasted sunshine. 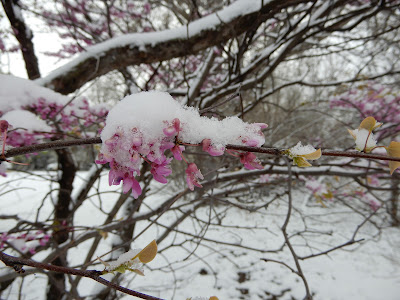 There was plenty of beauty in the pre-snow and post-snow landscapes. (I can find the beauty as long as it didn't hurt the wheat crop either Tuesday or Wednesday morning with the dip of the thermometer below freezing.) 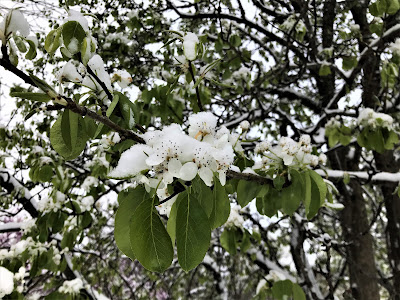 But, the snow-covered blooms were undeniably pretty - even if it caused me to lament a possible outcome for my pear crop and the wheat. 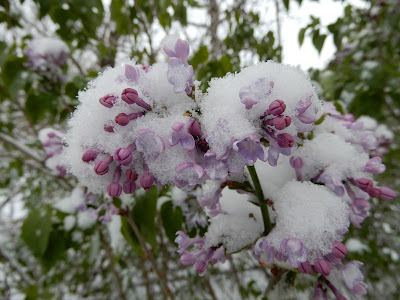 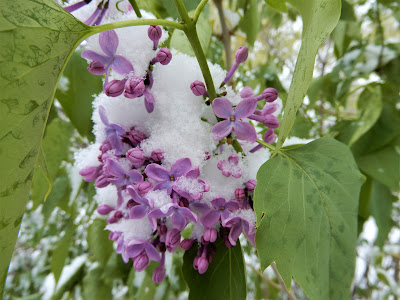 And it again made me think about looking at things from a different perspective. 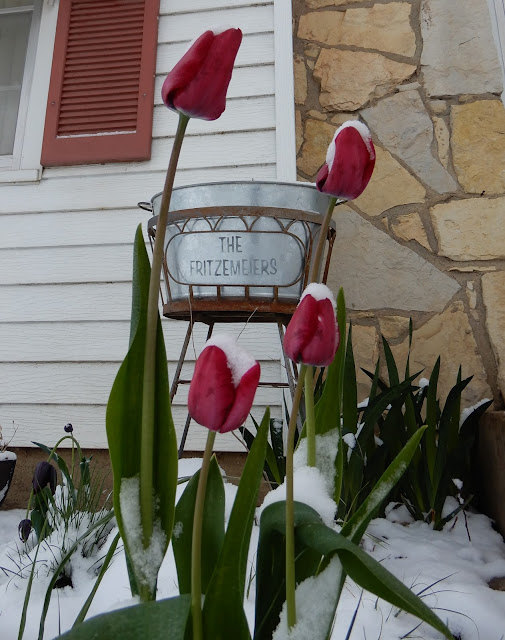 We don't get harmony when everybody sings the same note. Only notes that are different can harmonize. The same is true with people.
Steve Goodier

As an amateur musician, this quote rang true for me (so to speak). I love hearing harmony. When I'm singing along to the radio in the car, I often harmonize with the singer. A few weeks ago, during a Palm Sunday service, I led the congregational singing from the lectern. It had been a year since the community's ministerial alliance had gathered for a joint service. The wave of four-part harmony coming toward me from congregation members from several different churches singing "All Glory, Laud & Honor" literally gave me goosebumps. 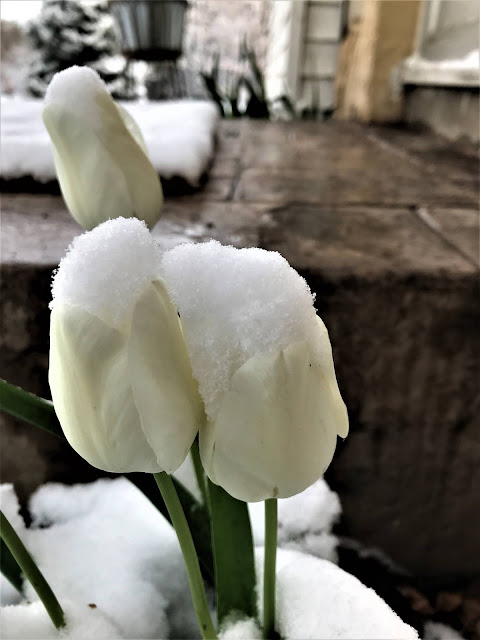 Those congregations don't have the same views about every aspect of theology and polity. But you sure couldn't tell that as we sang those familiar songs in harmony. 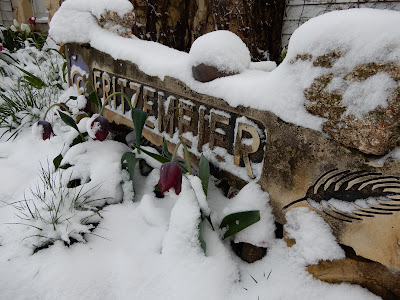 It's something for me to ponder. I know it's a simplistic analogy. But maybe it's a start. 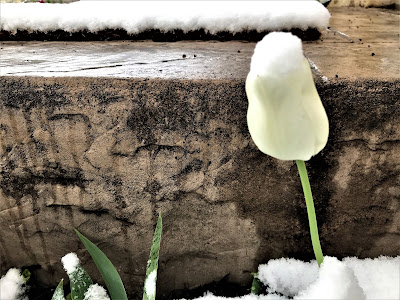