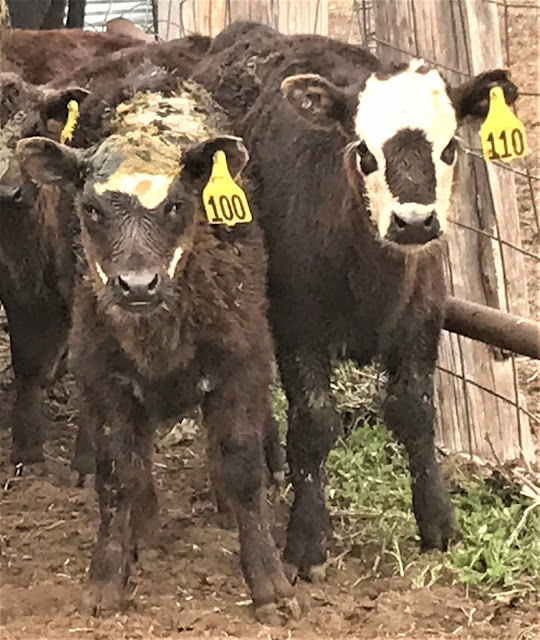 Some days are just like this: They seem to have a little extra organic matter.

Honestly, the first couple of days of moving cattle to summer pasture is not reflected by the unfortunate, messy circumstances for No. 100, our first baby calf born this winter. Those in first place get their comeuppance eventually, I suppose. 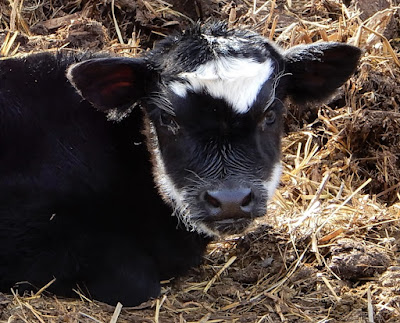 In fact, driving the cows and calves from the Peace Creek pasture to the corrals a half mile away went smoother than it's ever gone before. 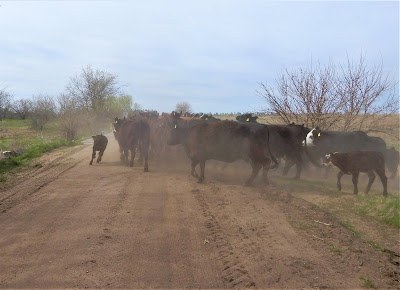 The pairs came out of the pasture and clomped their way over the wooden bridge. 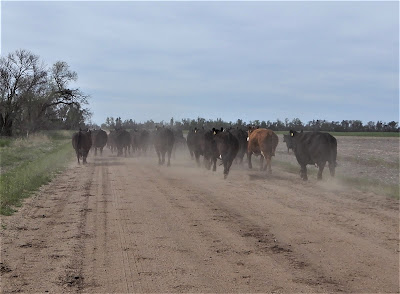 And they went down the road, never once taking a snack break in the lush green wheat along the way. It helped that a neighbor had just fenced off his wheat field with electric fence. I don't think they realized there was an open buffet as they got closer to the corrals.

The biggest problem was the blustery wind. We ended up with a face full of dirt as we followed the procession to the corrals. 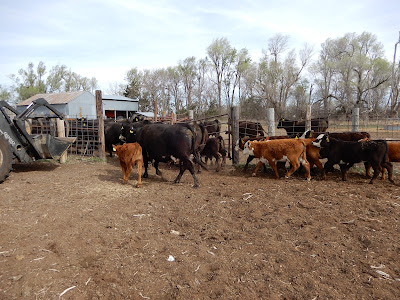 But after we got done sorting mamas and babies for their separate chauffeured rides to the Ninnescah pasture, there was a little time for some baby portraits while I waited on Randy to get the trailers hooked up. 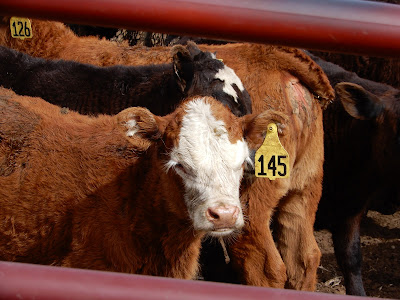 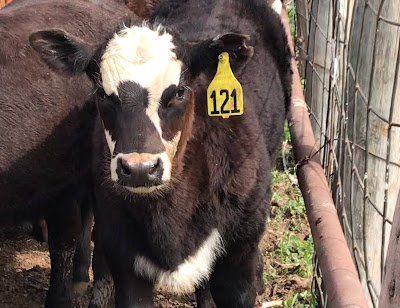 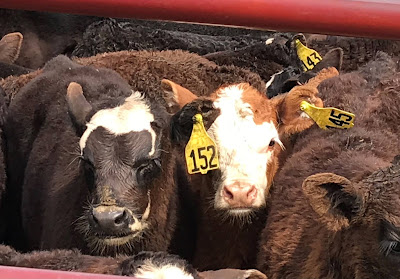 It will be awhile before we see these faces in close proximity again. 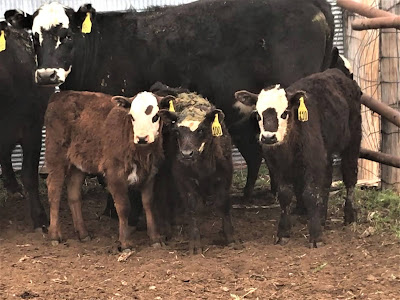 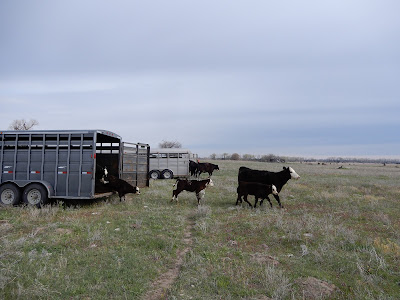 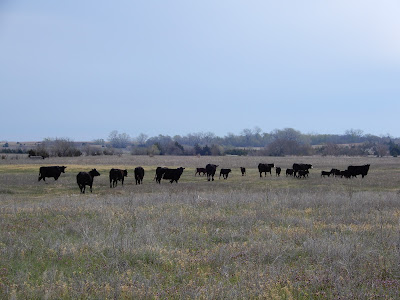 But not before a little nourishment to explore after being reunited with mama. 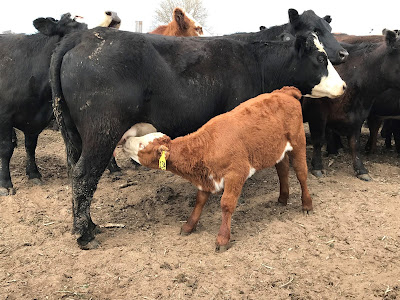 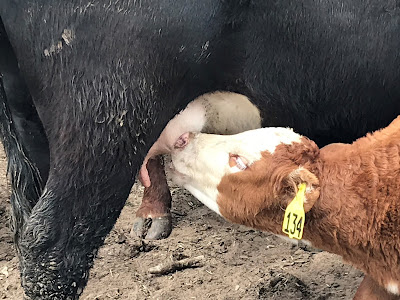 Milk - it does a body good (as the old ad slogan used to say).
We'll move the final group to the Big Pasture on Saturday, May 1. In the meantime, it's corn planting time.
Posted by Kim at 8:06 AM