I don't remember many songs from Alice in Wonderland ... with the exception of one. It's the one the White Rabbit sings as he's dashing across the meadow. 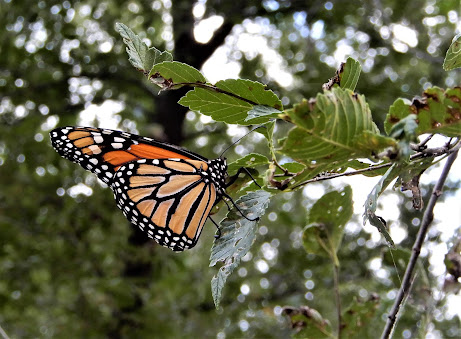 The White Rabbit was late for his appointment with the Queen of Hearts. But it's the "queens" of the fall - Monarch butterflies - that seem to have been late this year at my house. Unlike the White Rabbit, they aren't limited to "hop, hop, hopping." But their "air traffic" seems to have been delayed (kind of like those poor Southwest Airlines passengers over the weekend).
Usually, the Monarchs arrive in September around the shelterbelts near our home. And my unofficial nature consultant and friend, Pam, posted a spectacular photo of the butterflies roosting near Cheyenne Bottoms almost a month ago. 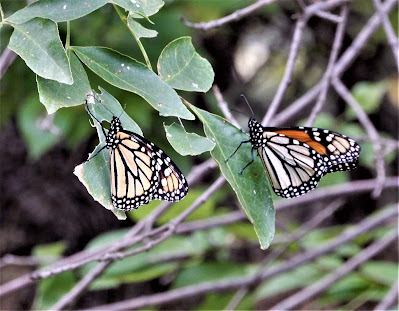 But I had only seen a few. However, on Saturday as Randy was planting wheat, he called and said he was stirring up butterflies as he drove along some tree rows. On my first attempt to find them, I saw a few, but they weren't landing for long enough to click the camera shutter. Later on Saturday, after the front moved in, I was able to "capture" a few in my camera lens. 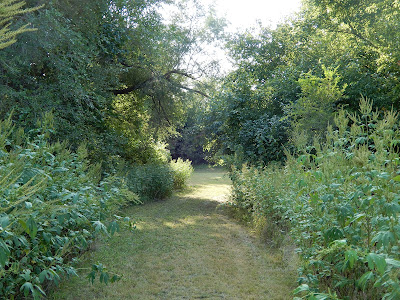 
If nothing ever changed, there'd be no butterflies.
- Author Unknown 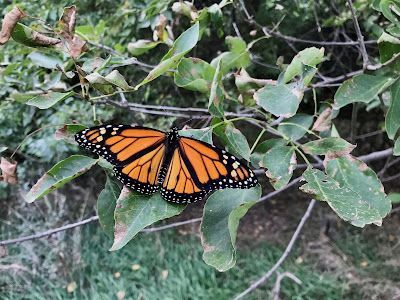 That's quite a reminder for this change-challenged person. They are the ultimate symbol of transformation. As George Carlin once quipped, "The caterpillar does all the work but the butterfly gets all the publicity."

I'm not sure that's true of monarch butterflies. It sounds like a lot of work to me to travel for two months, across thousands of miles, bucking wind and rain and predators. And it's all to get to a destination they've never visited before.
They begin the journey in their summer home in Canada and the northern regions of the U.S. They are headed for a mountain range 70 miles west of Mexico City in central Mexico, where they find the perfect habitat to survive November through March in the Oyamel forests. As many as 300 million spend the winter there. Wouldn't that be a sight to see? 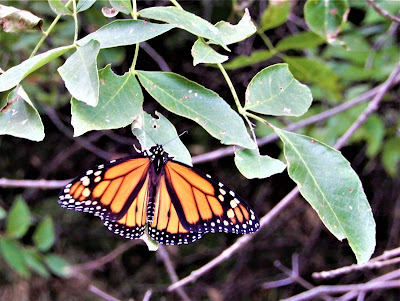 It's not like ducks and geese which migrate year after year. They will only make this journey one time. So how do they know where to go? It is just another miracle of God's creation. Researchers say that it appears to be a combination of directional aids such as the magnetic pull of the earth, the position of the sun and the availability of milkweed, where the butterflies lay their eggs.

No matter the reason, they are a beautiful signal of fall ... whether they are late or not.
Posted by Kim at 8:02 AM