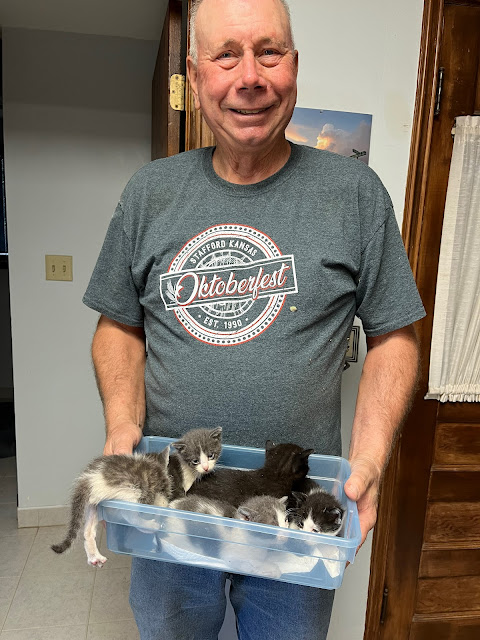 Operation Tame the Kitties was underway at the Fritzemeier residence.

The head Cat Whisperer had his work cut out for him. He was determined to have tame kittens to share with Kinley, Brooke and Susan when they were here for our farm sale.

Two of our farm cats cooperated in supplying a bevy of kitties. Two young moms had litters at about the same time in mid-July. 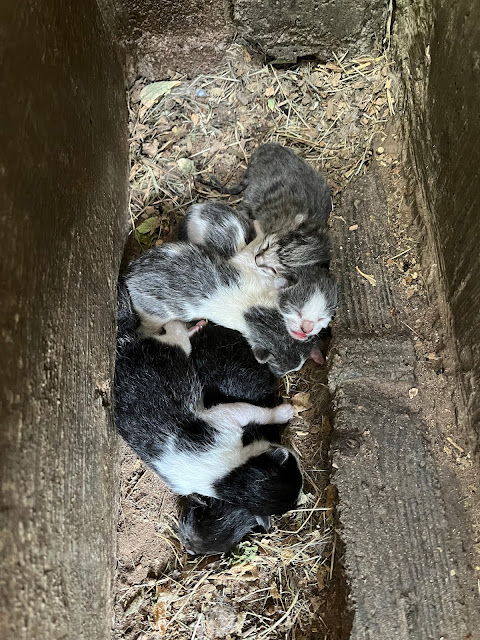 Maybe the co-parenting deal they've worked out led to the kittens' health. There were a total of nine kittens between the two of them. Only one didn't make it. 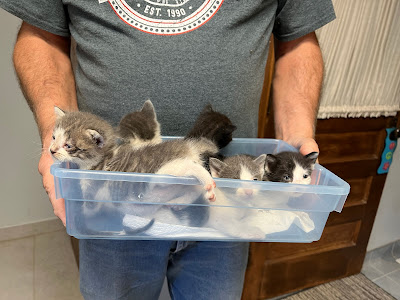 At the beginning, Randy was transporting the kittens from the window well to his lap in a small Tupperware box. 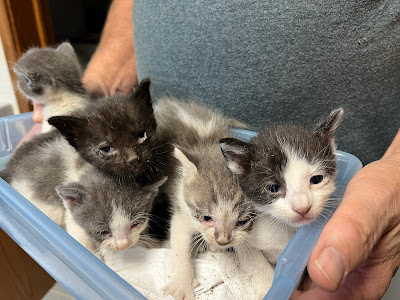 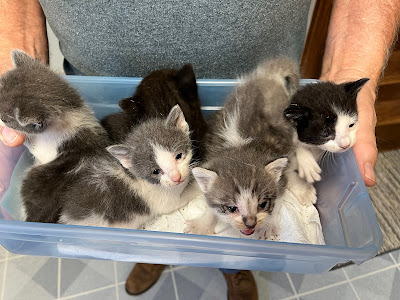 By the time the girls got here for the farm sale, the kittens were used to that mode of transportation. And the girls could wrangle the kittens themselves if Grandpa was busy doing something else. 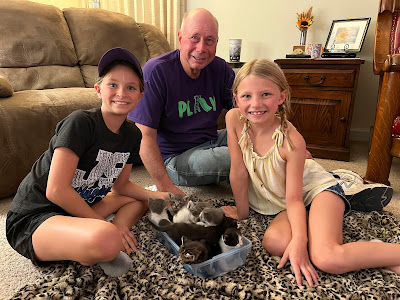 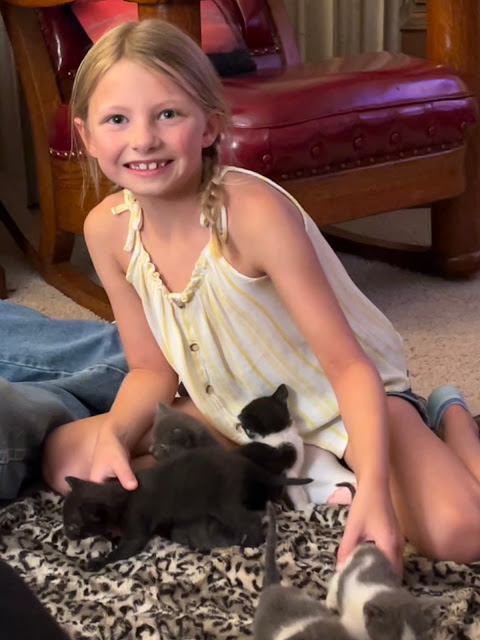 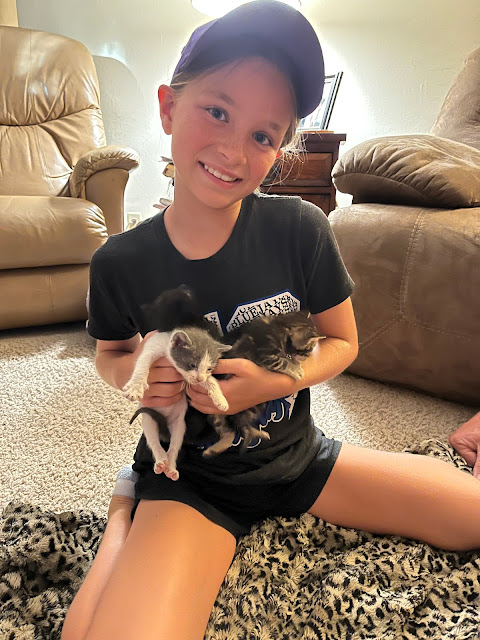 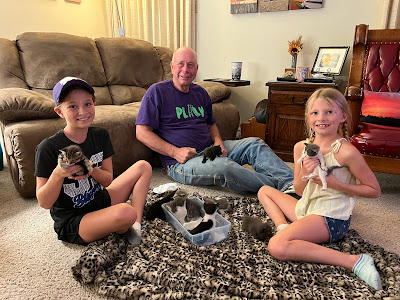 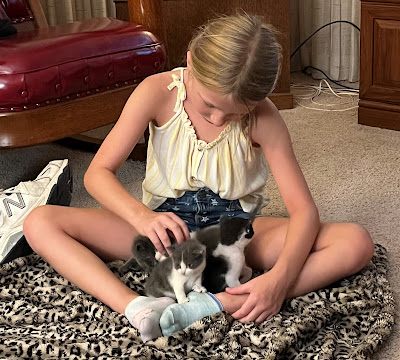 It wasn't too long after that weekend that the kitties could escape the window wells all by themselves. Now, they have the run of the backyard. 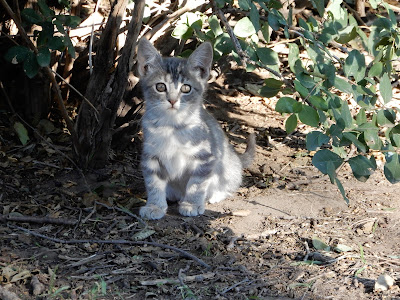 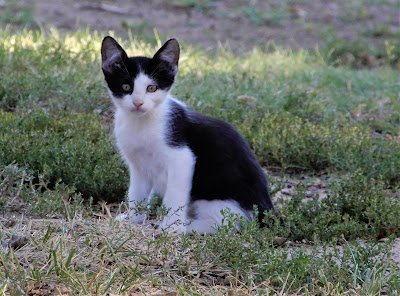 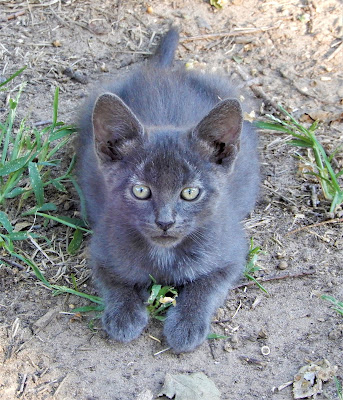 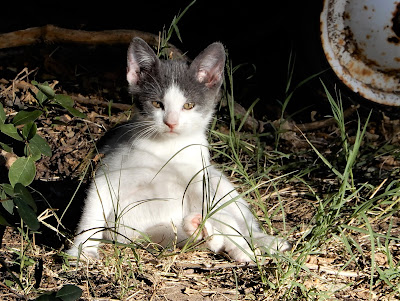 Randy's mission is still underway. He goes out on the back steps and chats with them most days.