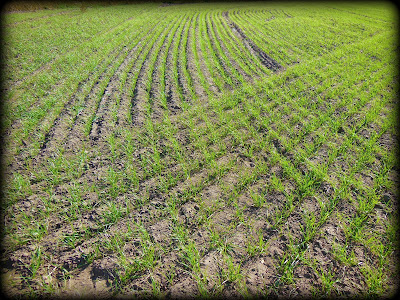 A wheat crop can have as many twists and turns as the end of this field.

Farmers like their neat, straight rows. They may not admit it. But they do. 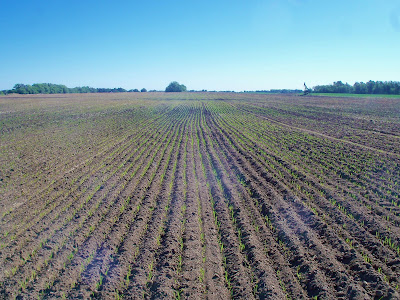 If "Fred" farms along a well-traveled road, he doesn't want "Harry" commenting at the coffee shop about his inferior planting skills based on irregular rows.

With today's GPS technology, maybe there isn't as much coffee shop talk about straight rows. Or the teased farmer can blame any perceived deficiencies on a technological breakdown. (Hey, anybody who has ever used technology will believe that claim. And, just for the record, we don't yet have GPS equipment on the County Line.)

But as I walked past a small lot planted to wheat last week and saw all the twists and turns at the end of the field, I thought it was a good analogy for a wheat crop anyway.

Our 2013 wheat crop is emerging. It got a good drink of water with anywhere from 0.80" to 1" of rain early Saturday morning. But there are a lot of calendar days between the late September-early October planting and next June's harvest.

There are sure to be plenty of twists and turns in the 9-month growing season.  Will we get the rain we need to break a two-year drought? Will there be a late freeze? There's more mystery there than in a bestselling thriller.

But, no matter the twists and turns, it's continues to be a miracle, no matter how many times you see it. 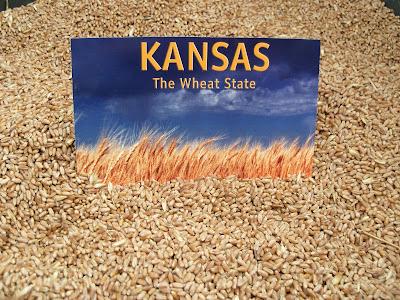 Rock hard seeds no bigger than a freckle are tucked away an inch or two into the earth. It's nourished with a bit of moisture and fertilizer, and a tender plant sprouts. And it doesn't matter that the ground is a million times the weight of the seed. It still pushes its way toward the light and emerges from the ground in brilliant green. 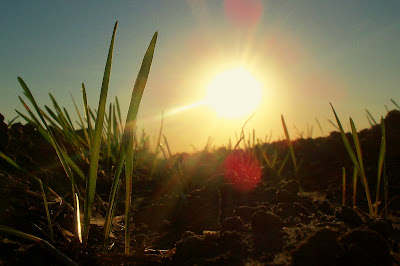 And we pray the plants somehow survive and thrive despite drought and wind and disease to produce the crop that Kansas is famous for. 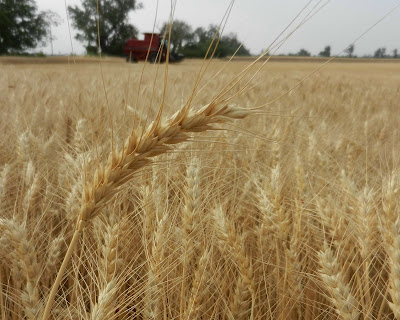 Let's hope the twists and turns of this just-begun story produce a happy ending come Harvest 2013.