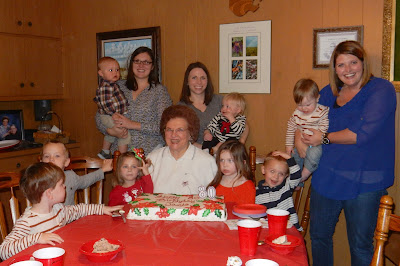 My brother and I have discovered that this five-word phrase is good for our mental health. The sentiment definitely applies when attempting to take a photo of eight children, aged 5 and younger. Actually, three of them are 15 months and younger.

But tradition dictates that we attempt to take my Mom's Christmas Eve birthday photo with all the grandchildren and great-grandchildren. 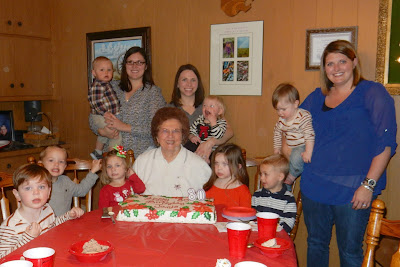 And it was definitely reflective of a loud and boisterous Christmas Eve/birthday celebration at my parents' house. 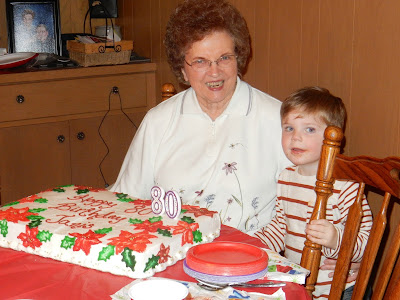 Great-Grandma and Holte were ready for their close-up. Holte was also ready to help her blow out her 8-0 candles. 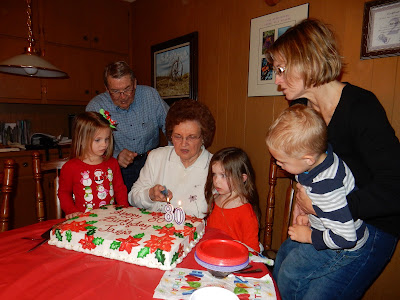 But a few other helpers couldn't be left out of the fun. The candles were blown out more than once this year. 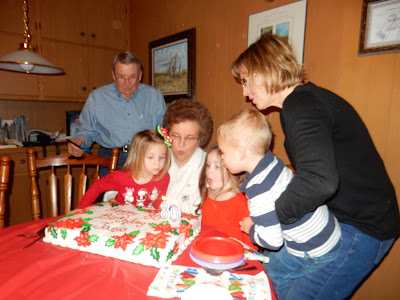 There were a few requests for cake from the other end after several gusts of toddler breath! 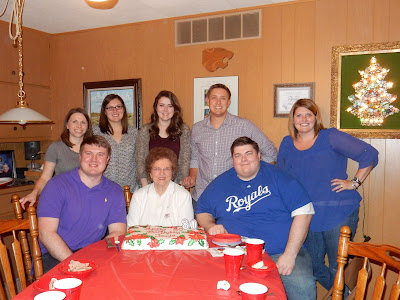 The grandchildren have been taking the annual photo for years. They got it in one frame. They've improved since the first one with all seven back in 1994.
At our house, the presents were a hit. But the kitties were an even bigger attraction. 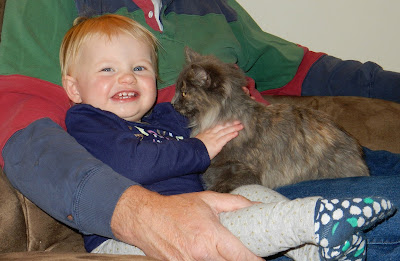 Brooke's squealing didn't seem to scare the cats too much. 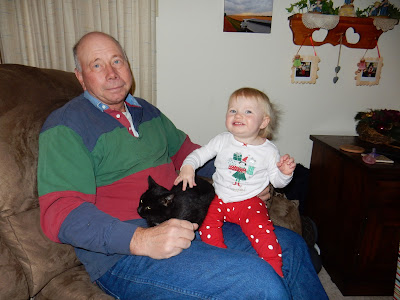 Grandpa had been doing his part to make sure the cats were tame enough for two little girls. 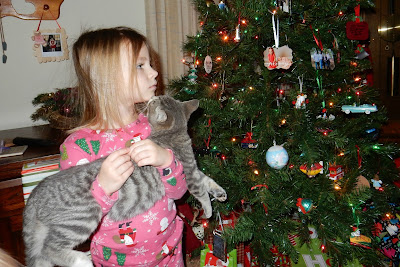 Kinley reunited with Cozy, who she first met during Grandpa's birthday weekend. They remained best of friends. 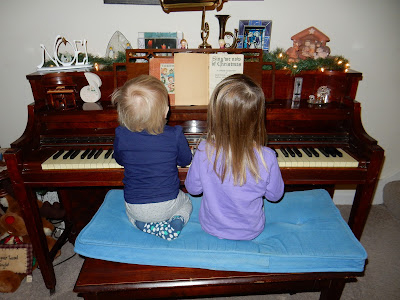 The girls also liked playing Grandma's piano and singing "Jingle Bells" and "Frosty the Snowman." (I liked this better than Brent and his Uncle Kyle figuring out how Brent's retirement account could have been bolstered with the money we spent on his piano lessons.) 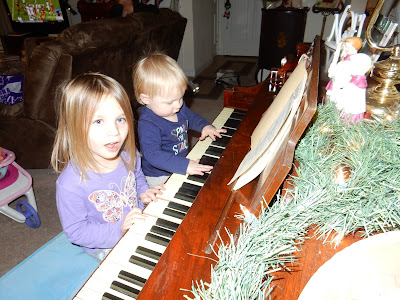 Just like the annual Christmas/birthday photo, the scene is constantly changing. Last year, Brooke was just a baby. This year, she is starting to talk and is constantly on the go. Kinley is just as inquisitive as ever. They are starting to be playmates and friends.

It was a very Merry Christmas on the County Line!
Posted by Kim at 10:44 AM