A Blast From the Past: Kansas Tourism in Ellinwood 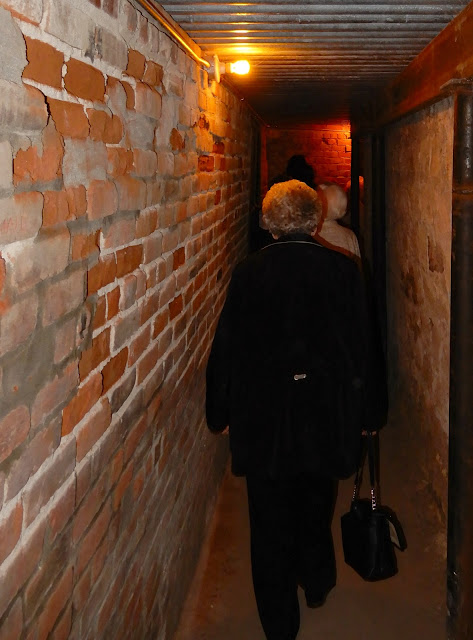 Shhhh! You know what they say about those women who frequent Ellinwood's underground tunnels. 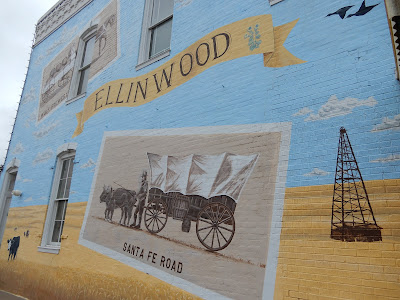 More than a century ago, it was a fairly common practice for up-and-coming cities to build underground tunnels and shops. Such was the case for Ellinwood, a town founded by German Protestant immigrants on the Central Plains of Kansas in 1878.
The underground was decidedly not a place for ladies like my PEO sisters and me. Back then, the tunnels were the ultimate "man cave" - long before HGTV coined the phrase.

There were bars and barbers and brawls and, well -- brothels -- underneath the feet of the respectable, God-fearing, church-going citizens. 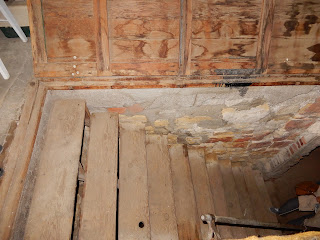 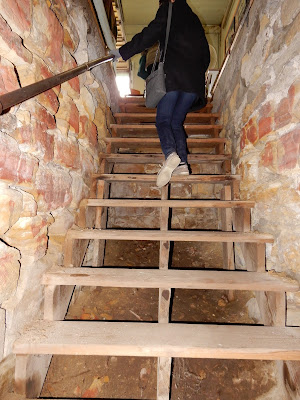 Ellinwood was a stop on the Santa Fe Trail, so it brought in its share of cowboys and characters who were just passing through. Once their horses were hitched to the post and the cattle they were driving were squared away for the evening, the men would clomp down the wooden stairs into the underground city. 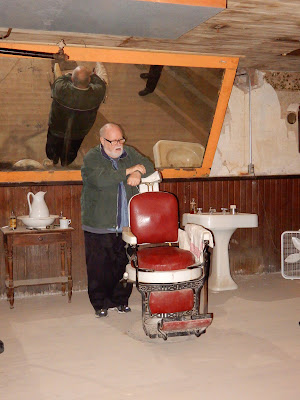 Once there, they could get a shave and a haircut at William Yung's establishment, Richard Casagrande told my PEO group on our field trip last week. 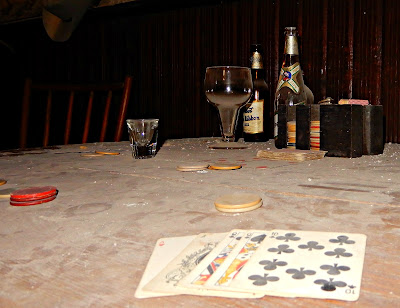 The boys could belly up to the bar and play a hand of cards. 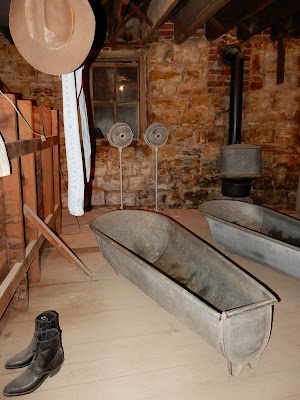 Yung was also the proprietor of the bathhouse next door. For 15 cents, travelers could get a warm bath, a clean towel and some lye soap to wash off the dust of the trail. If that price seemed too steep, they could wash in used bath water for a nickel. For a few more coins, they could get their clothes washed, too. 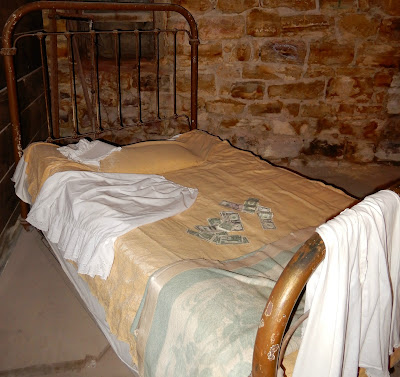 While their clothes tumbled, they could "tumble" with one of the "soiled doves," a woman who was decidedly not a lady. 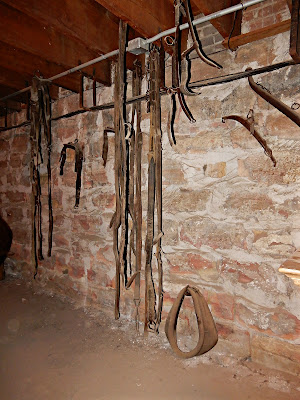 There were less nefarious businesses underground, too. A harness shop could fix up any equipment that failed during the ride down the Santa Fe Trail and also kept the locals' equipment in good repair.

By the mid-1930s to early 1940s, the Ellinwood tunnels were closed off to the public.However, in 1979, the late Adrianna Dierolf rediscovered the tunnels after inheriting some of the downtown buildings in Ellinwood, and she began showing the tunnels to the public.

During the summer of 1982, new sidewalks were built on Main Street, and city officials had most of the remaining tunnels filled with sand because of liability concerns. Because her building was on the Historic Register, Dierolf managed to save a short stretch of Ellinwood tunnels and left three of the underground businesses under the two-story Dick Building intact showing what they might have looked like a century ago.
For many years, it was thought those were the only tunnels that survived the city's sidewalk remodel. 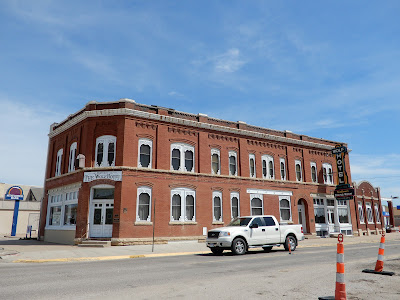 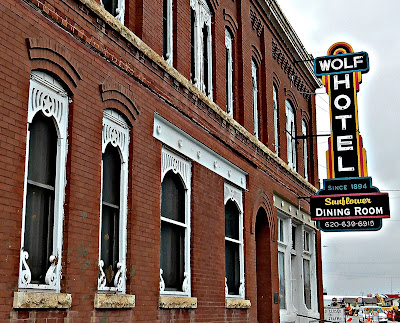 However, when new owner Chris McCord bought the old Wolf Hotel across the street and the former owner's belongings were cleared out, he found additional tunnels. 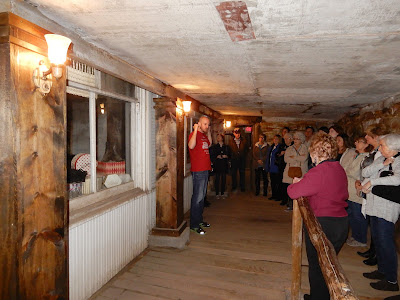 They were among those that had once run on both sides of Main Street. McCord and a team of volunteers have worked since 2013 to bring the old hotel back to its heyday and also provide a glimpse of underground life on their side of Main Street. 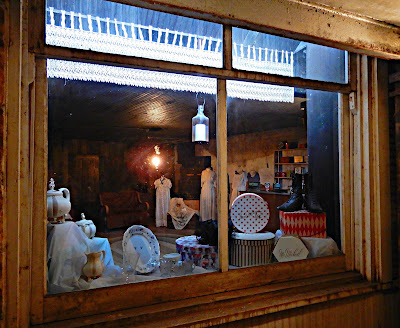 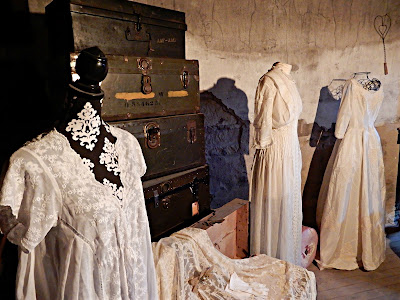 Today under the Wolf Hotel's lobby, visitors can tour the Drummer's Sample Room,  where salesmen riding the rails on the Atchison, Topeka & Santa Fe railroad could display their wares in a merchandise room just across the street from the train station. 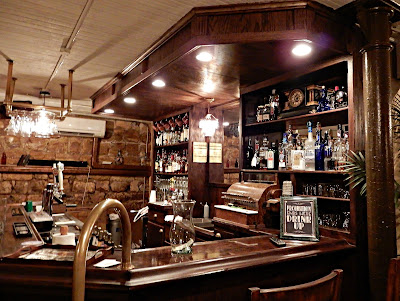 Just down the wooden sidewalk corridor, there's a Prohibition-era bar set up to serve guests on the weekends or private parties any time.

Ellinwood's library was in the basement of the hotel through the 1960s. Old library cards in wooden frames form part of the wall decorations in the library, refurbished by volunteer Beth Brummer (who is also a wonderful waitress for private parties, we learned by experience)! 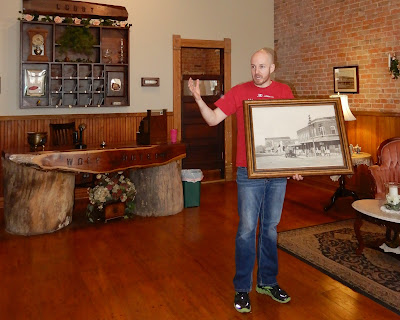 The upstairs has gotten a facelift, too. The Wolf Hotel was built in 1894 and once housed the Bank of Ellinwood. 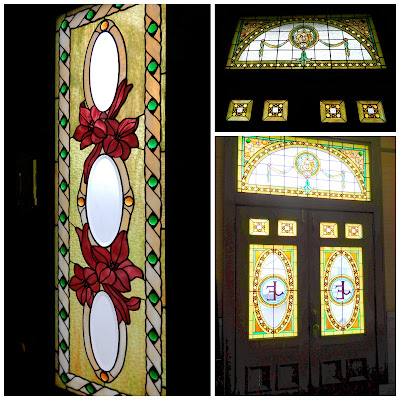 The old bank lobby has become a popular venue for small weddings, class reunions and other gatherings. 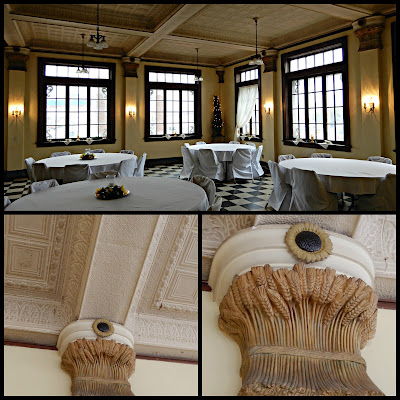 Fred Wolf, John Wolf’s son, added on the Sunflower Dining room in 1924. It was a showcase restaurant in Barton County that attracted people from many places with its large, wood-cased windows, tin ceiling and wheat shock columns. (There's even a bullet hole in the ceiling from an unfortunate incident in the hotel's past.)

Our PEO group enjoyed paninis and fixings, plus an ice cream topped gooey brownie for dessert. McCord and volunteers cater private parties and gatherings in the Sunflower room. Eventually, McCord wants to open the dining room for Sunday chicken dinners, served family style on vintage wheat-patterned china (I should have taken a photo of the plates. This wheat farmer loved them!) 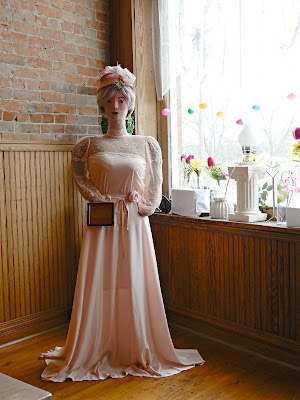 There's a "woman" on the east side of Main Street, too, but she's no "soiled dove." For years, Sally the Mannequin greeted visitors to the antique store that filled every nook and cranny of the old hotel. When McCord bought the Wolf from former owner Bill Starr, Sally was part of the package deal. During April, she is decked out in her Easter bonnet and finery in the lobby. She no longer greets passersby on the sidewalk, however. She was the unfortunate victim of a kidnapping. Even though she was eventually returned unharmed (with no ransom paid), she now stays inside the hotel.

McCord has refurbished five hotel rooms which are available for overnight stays. Most rooms have a private bath and all offer free wi-fi, satellite TV, antique furnishings and continental breakfast in a wood-paneled kitchen and dining room. 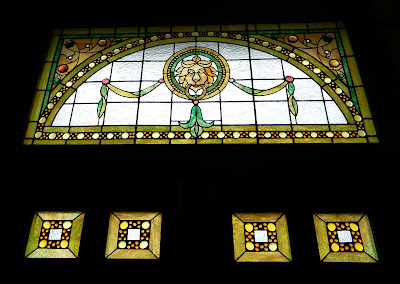