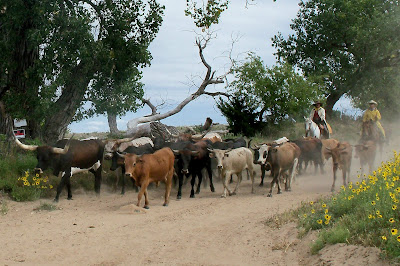 They look like they stepped out of the pages of a history book. These guys and gals aren't Saturday night cowboys. Their cowboy hats and chaps are like a second skin, not a movie prop. Their stance in the saddle is as comfortable as if they were sitting in an SUV instead of atop four legs providing their horse power. They are the drovers of the 2011 Kansas Cattle Drive.

Their journey commemorates Kansas' 150th birthday. It began on Labor Day weekend in Caldwell and will end September 24 in Ellsworth. They are loosely following the Cox Cattle Trail, named for William M. Cox, a general livestock agent for the Kansas Pacific Railway Co. in the 1800s. 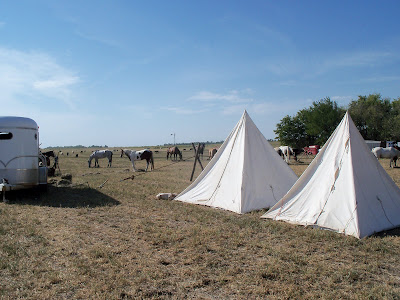 On Tuesday night, the drovers laid out their bedrolls or pitched tents in a pasture southeast of Sylvia. 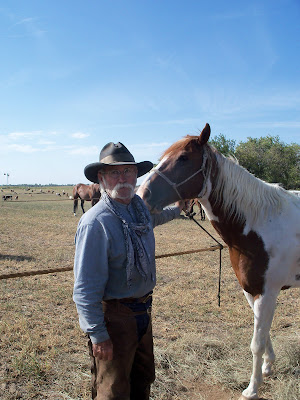 Tom Schick, an Oklahoma cowboy, says that taking care of their horses is one of the first tasks as they head into camp. They hitch their mounts to a rope line and spread out alfalfa for them to eat. 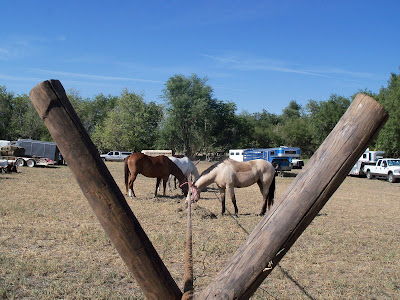 The "cookie" makes sure the cowboys are well fed. 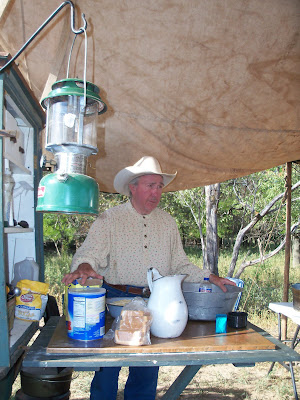 Hardtack may have been on cowboys' dinner plates a century ago, but this crew travels with a refrigerator/freezer that gets plugged in at night. Chili was on the menu Tuesday night. 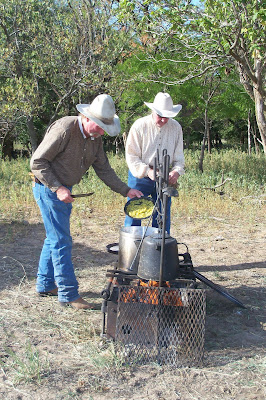 At 7:45 the next morning, as the sun struggled to peek through a cloudy sky, they opened the pasture gates and began their 15-mile journey to Wednesday's campsite on the Quivira National Wildlife Refuge. 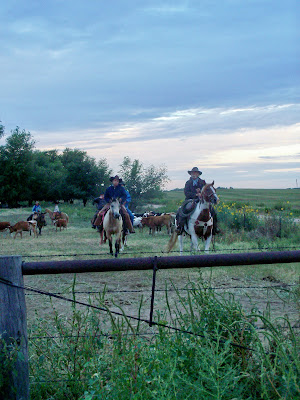 Though it's a scene that could transport you back to the 1800s, there are reminders that it is the 21st Century. A cowboy or two just might have been talking on cell phones. And port-a-potties took the place of building a nightly latrine. 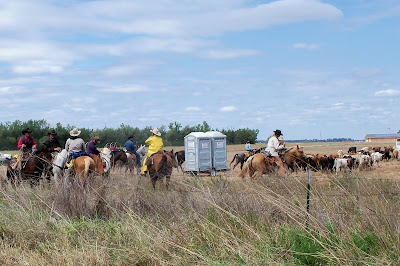 Wednesday evening at the Quivira camp, some sat around the fire, maybe as much for the stories as for the steak that was on the night's menu. 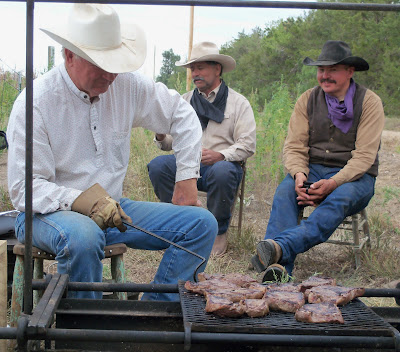 Those stories flowed as freely as the coffee hanging from the pot at the end of the cook stove ... until someone noticed a couple of small visitors who had come to say hello to some real cowboys. 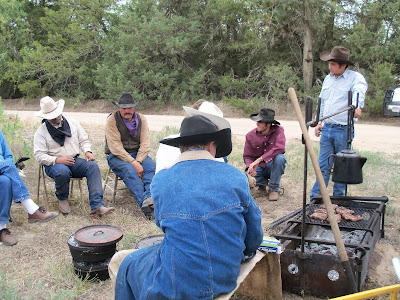 The meal may have been served on plastic tables, but the food was dished from cast iron pans onto metal plates, filling the cowboys' bellies for another day on the trail. 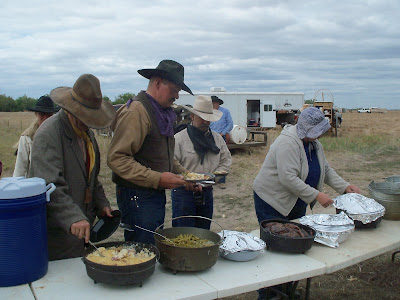 To read more about the journey, visit the website for the Kansas Cattle Drive 2011. They will be at a celebration in Ellinwood this weekend before making the final trek to Ellsworth on September 24. Happy Trails! 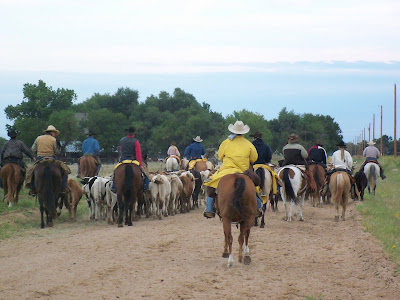