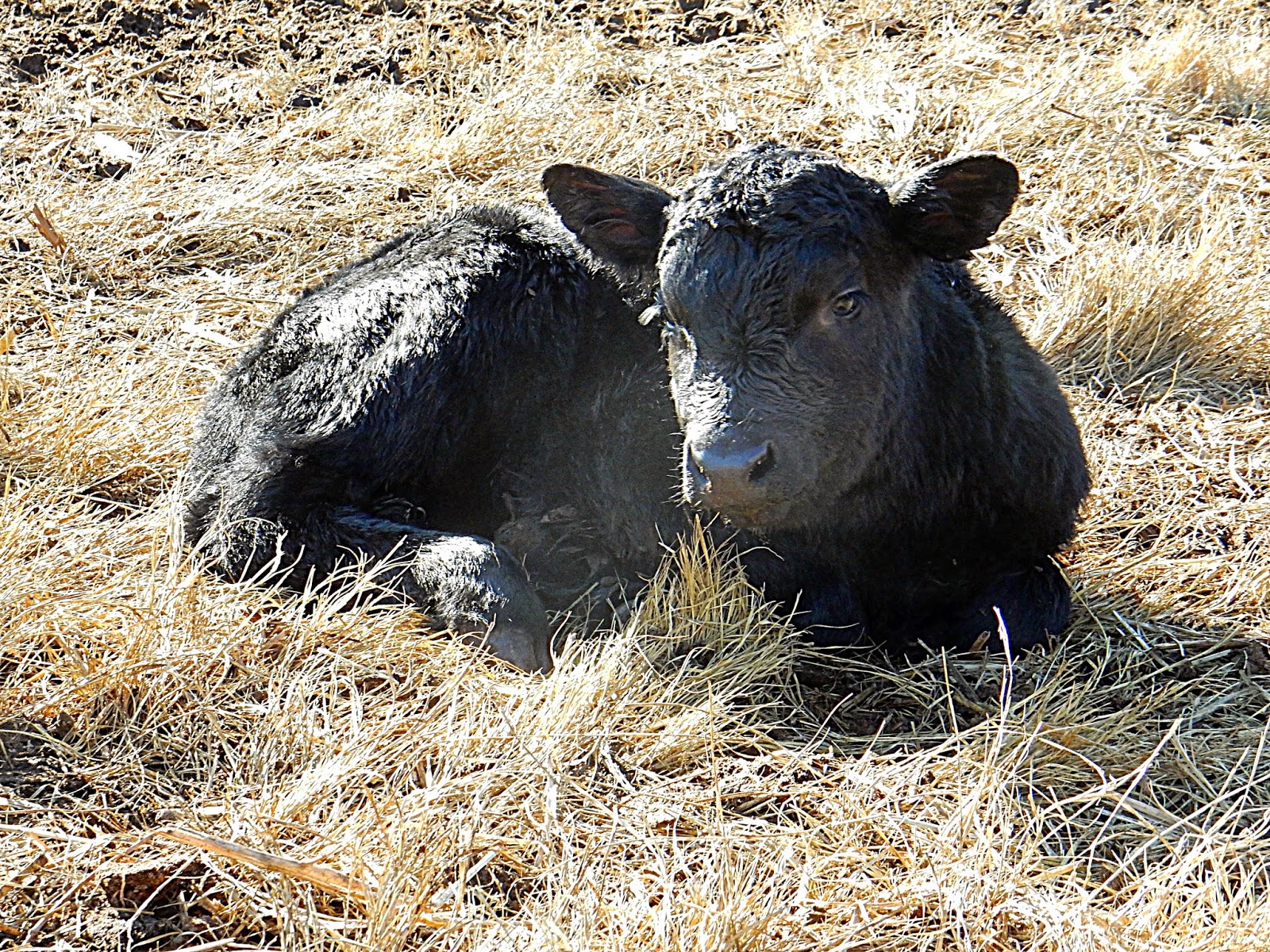 There was a baby boom on the County Line yesterday: Introducing the first four members of the Class of 2015! 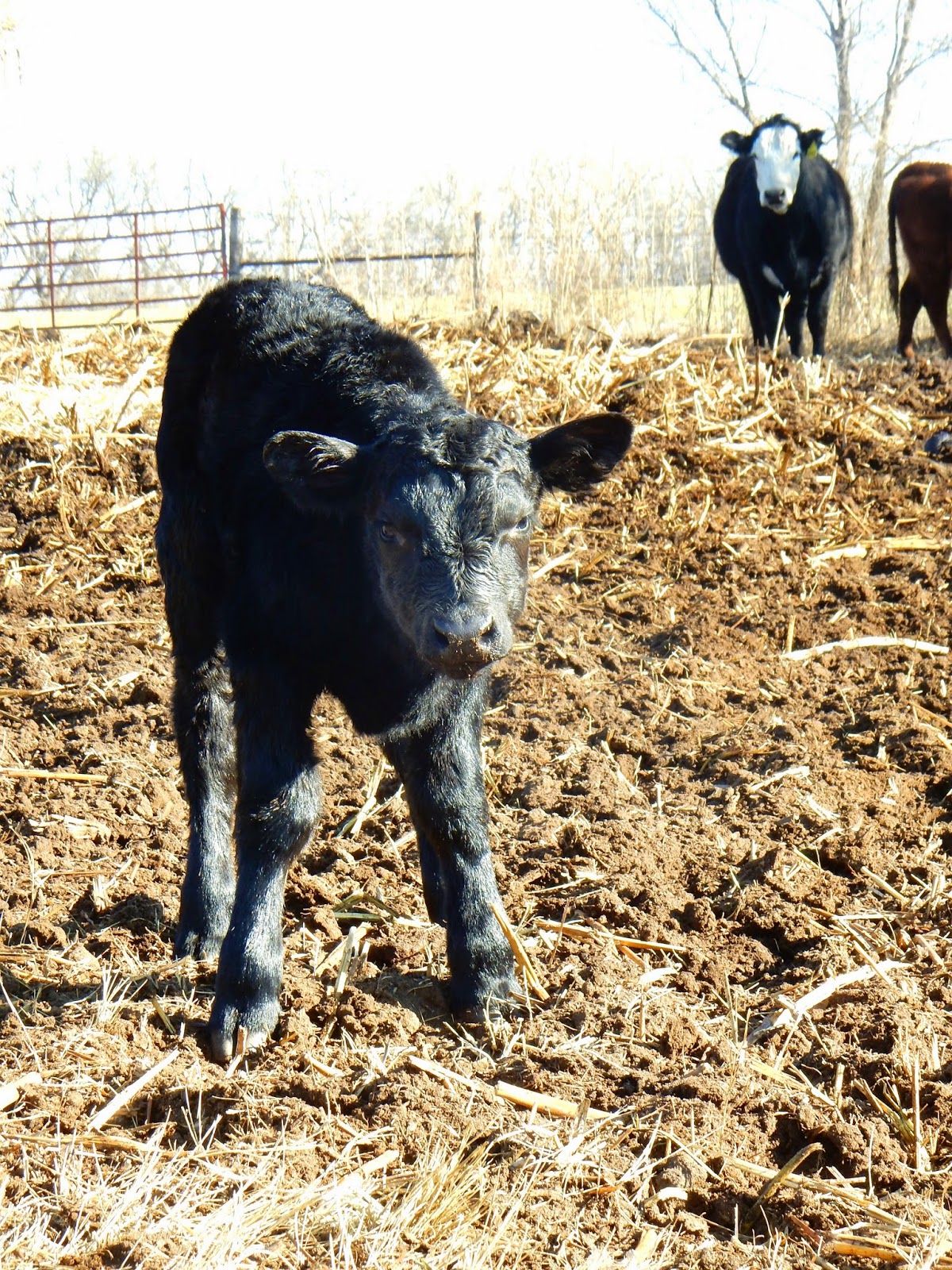 The babies belong to our heifers. Heifers are first-time mothers. Our 21 heifers were born in 2013 and are having their first calves this winter. We keep the heifers in a lot closer to the house so we can check on them more often. Sometimes, first-time moms have trouble with the birth and need some assistance. We can usher a heifer having problems into the barn, where we use a calving pen to help keep her and us safe while we pull the calf. 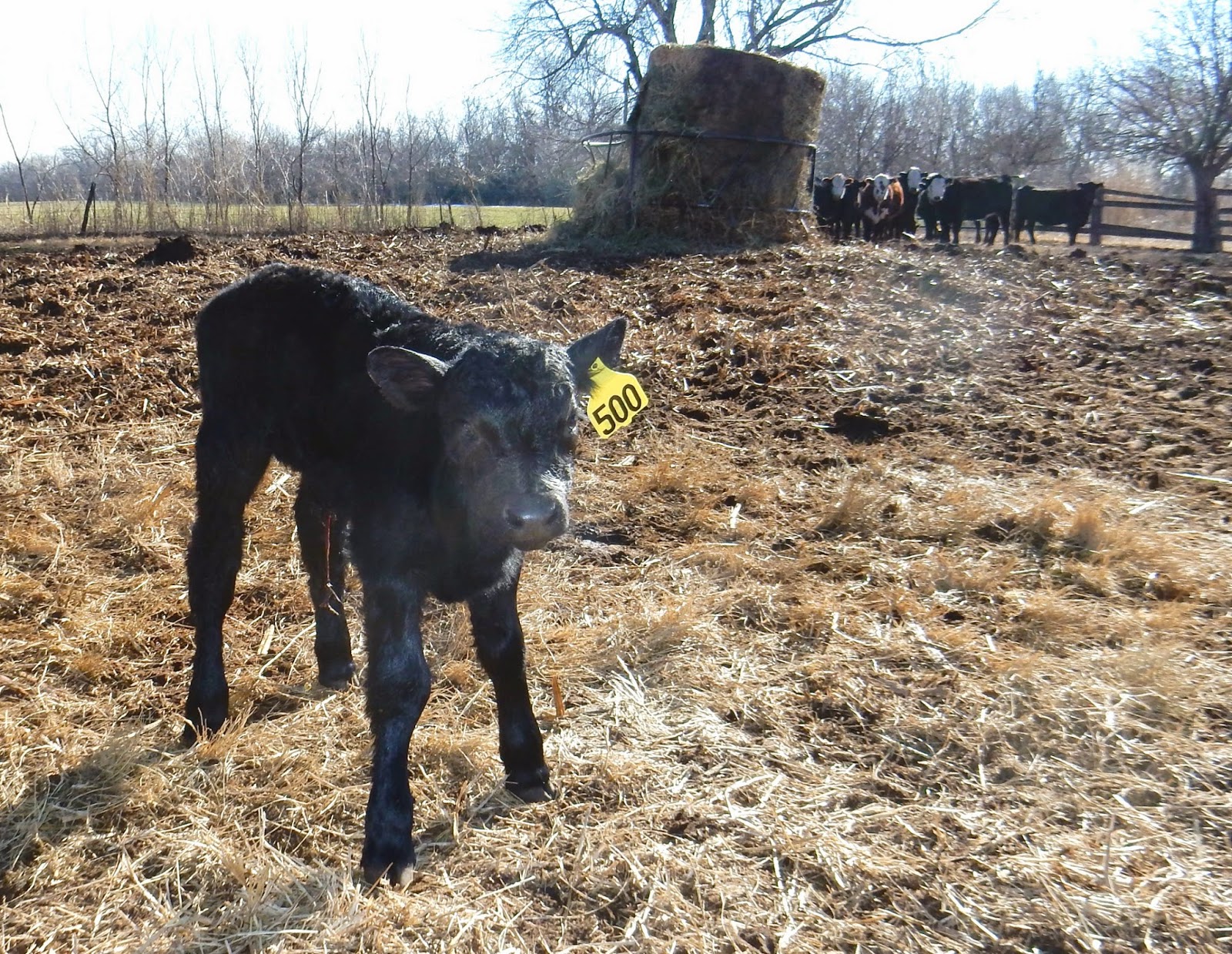 The official "due date" wasn't until January 28, so Randy was a little surprised to find three babies when he fed hay yesterday morning. The fourth was born later in the day. He had been checking the heifers, but the frequency of those checks will increase, now that calving has officially begun. He charged flashlights yesterday, since the checks will involve late night and early morning visits to the corral. 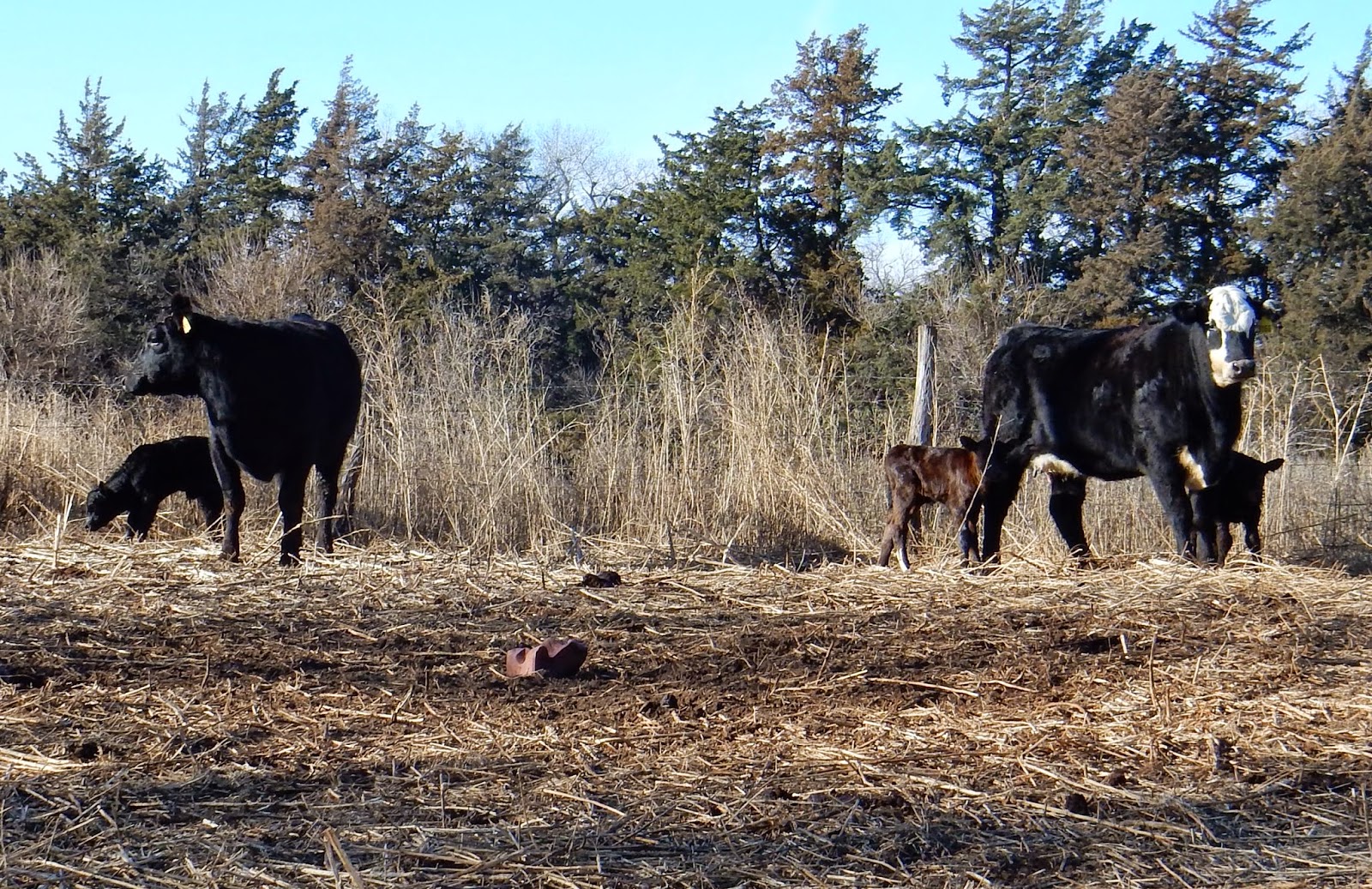 It was a beautiful day, full of sunshine and warmer-than-usual temperatures for late January. It was a nice day to be born. And it was nice for the farmer and his assistant, too, since we weren't traipsing around in snow or cold temperatures, trying to warm up baby calves. 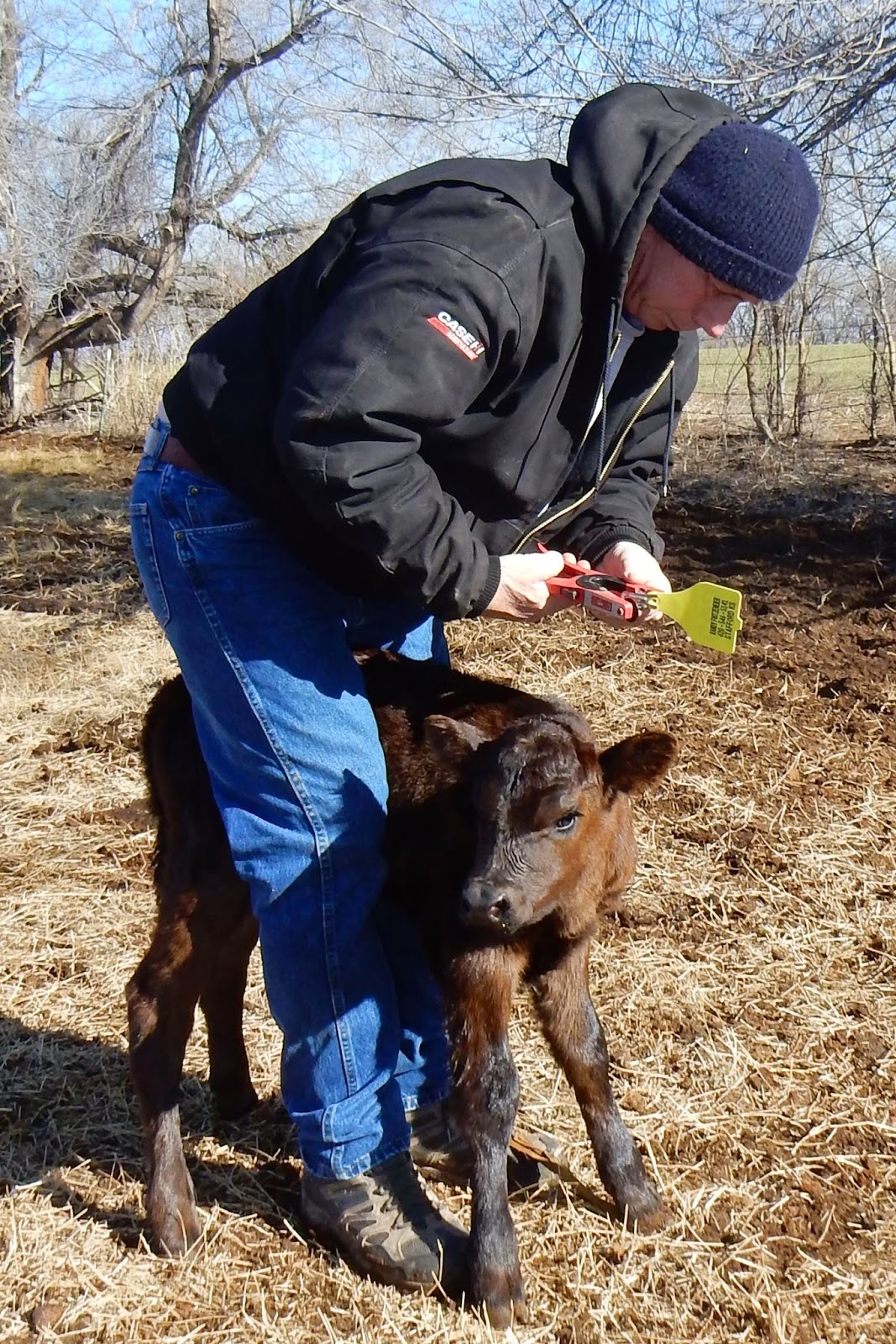 Randy attached tags in the new babies' ears.  I recorded each calf's number and the number of its mama. This year, the tags begin with a "5," indicating that the calf was born in 2015.

After this little guy was tagged, Randy had a new friend. We were actually trying to figure out which heifer was his mother (and it appears he was ready to help, doesn't it)? 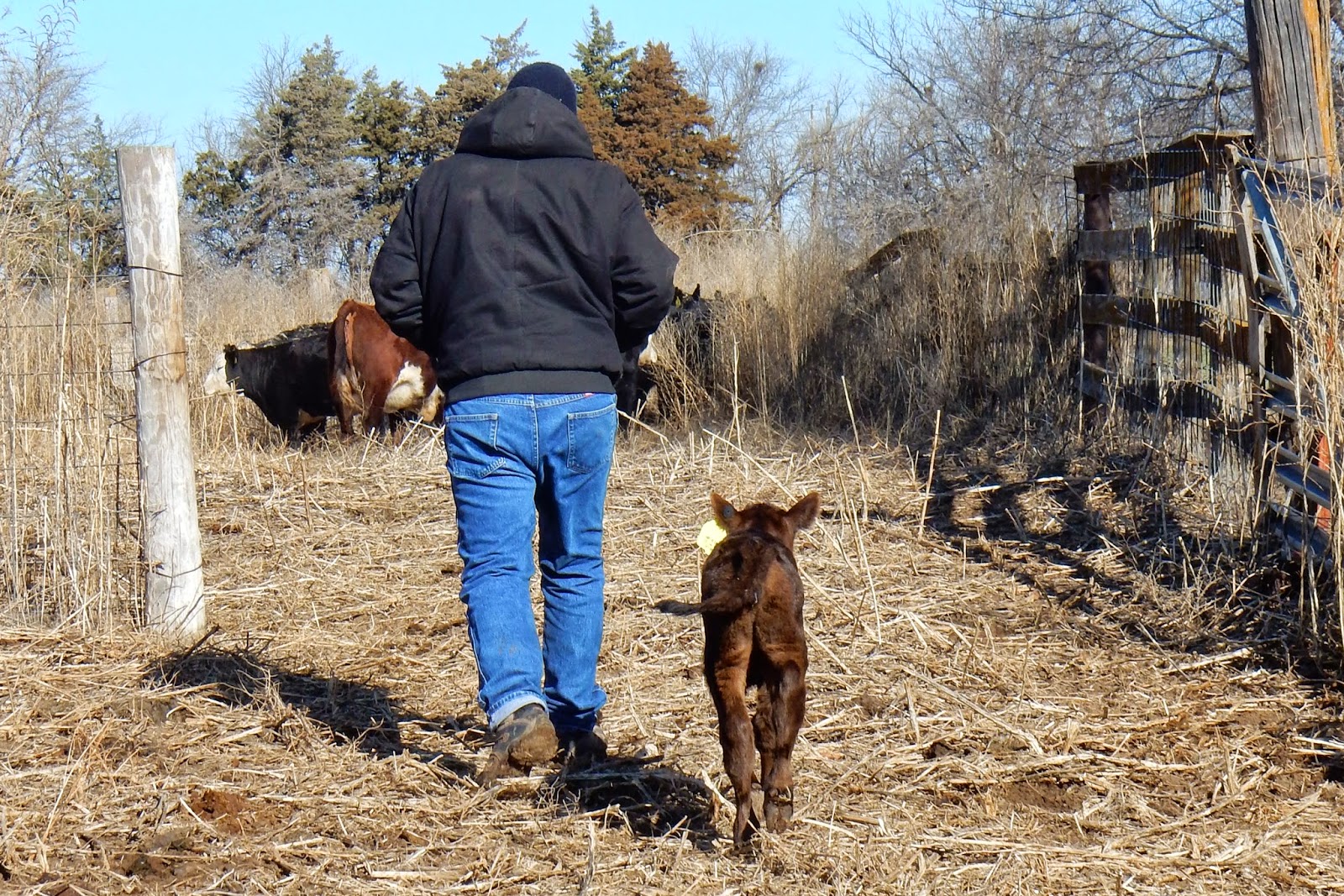 This little one was the newest in the crew. She was still wet and a little wobbly. 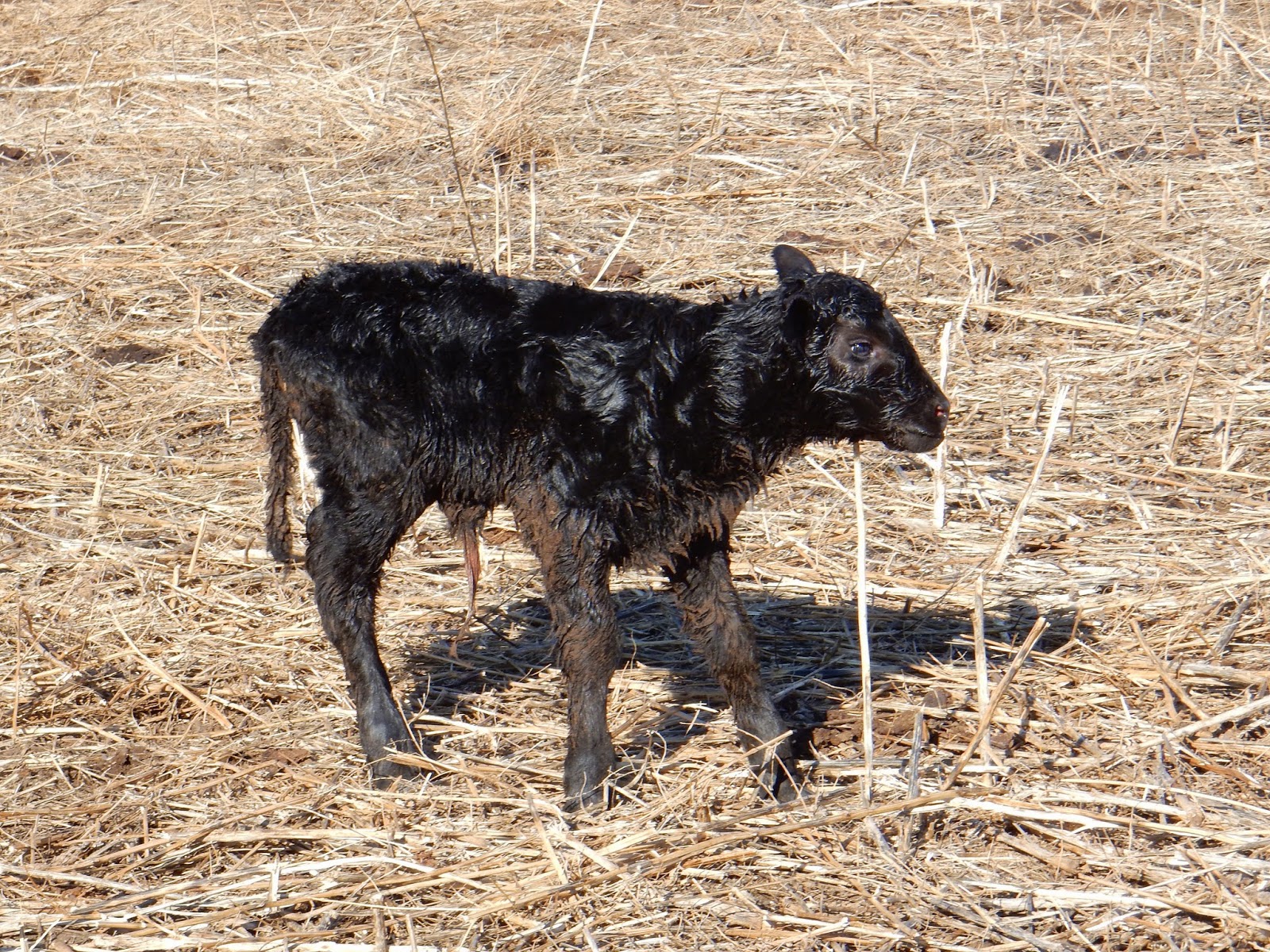 Randy didn't have to jog to catch her for her big yellow "earring." 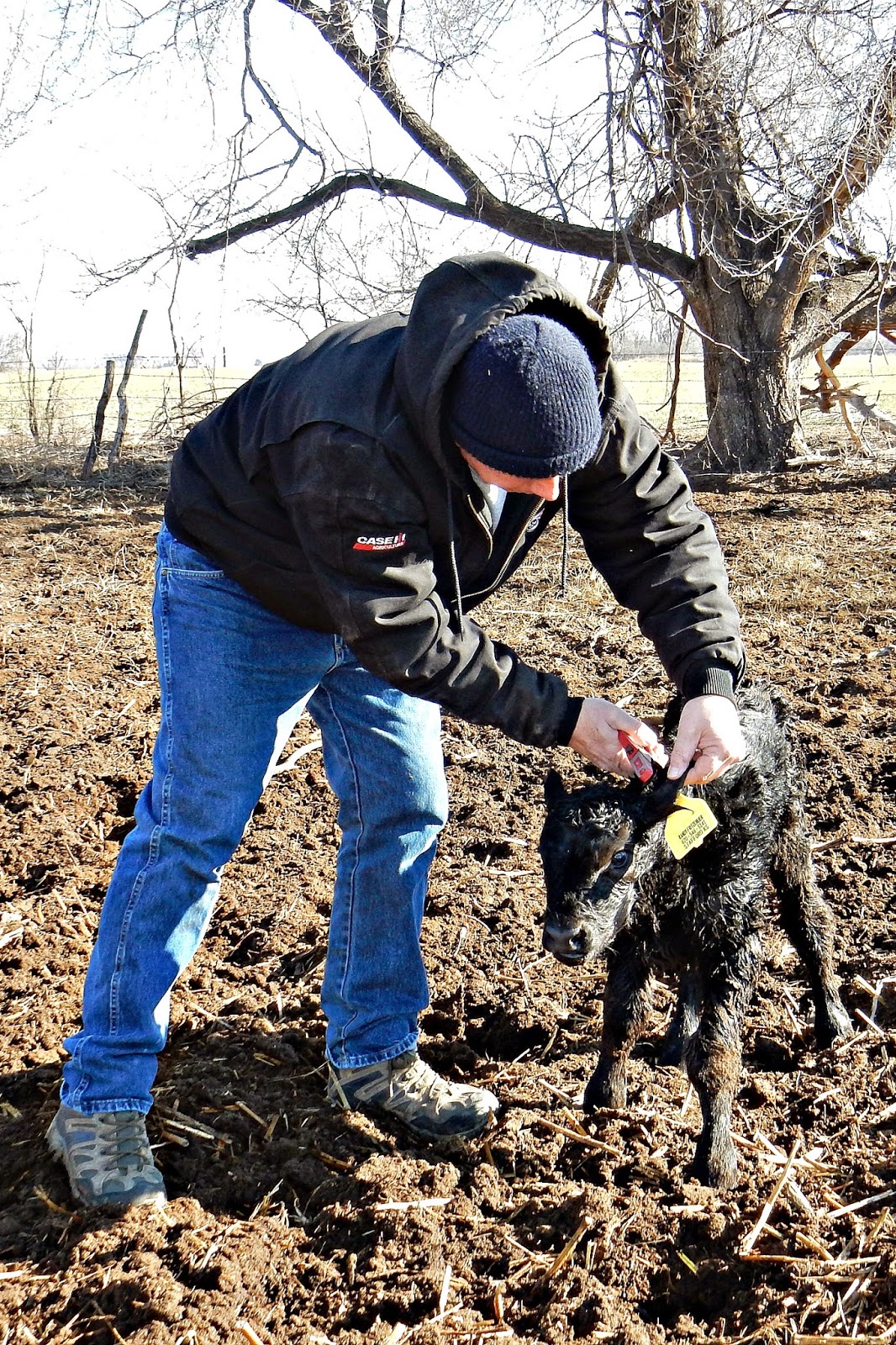 Here's hoping for more good weather for our 2015 new arrivals. Calving for the 97 cows in our herd (the moms who've already had babies) is set to begin in February.

In 2012, I wrote "The Miracle of Birth," which showed photos of the guys pulling a baby calf. Click here to read that post and see the photos. However, it would be great if we didn't have to pull any calves this winter. Time will tell.
Posted by Kim at 7:30 AM