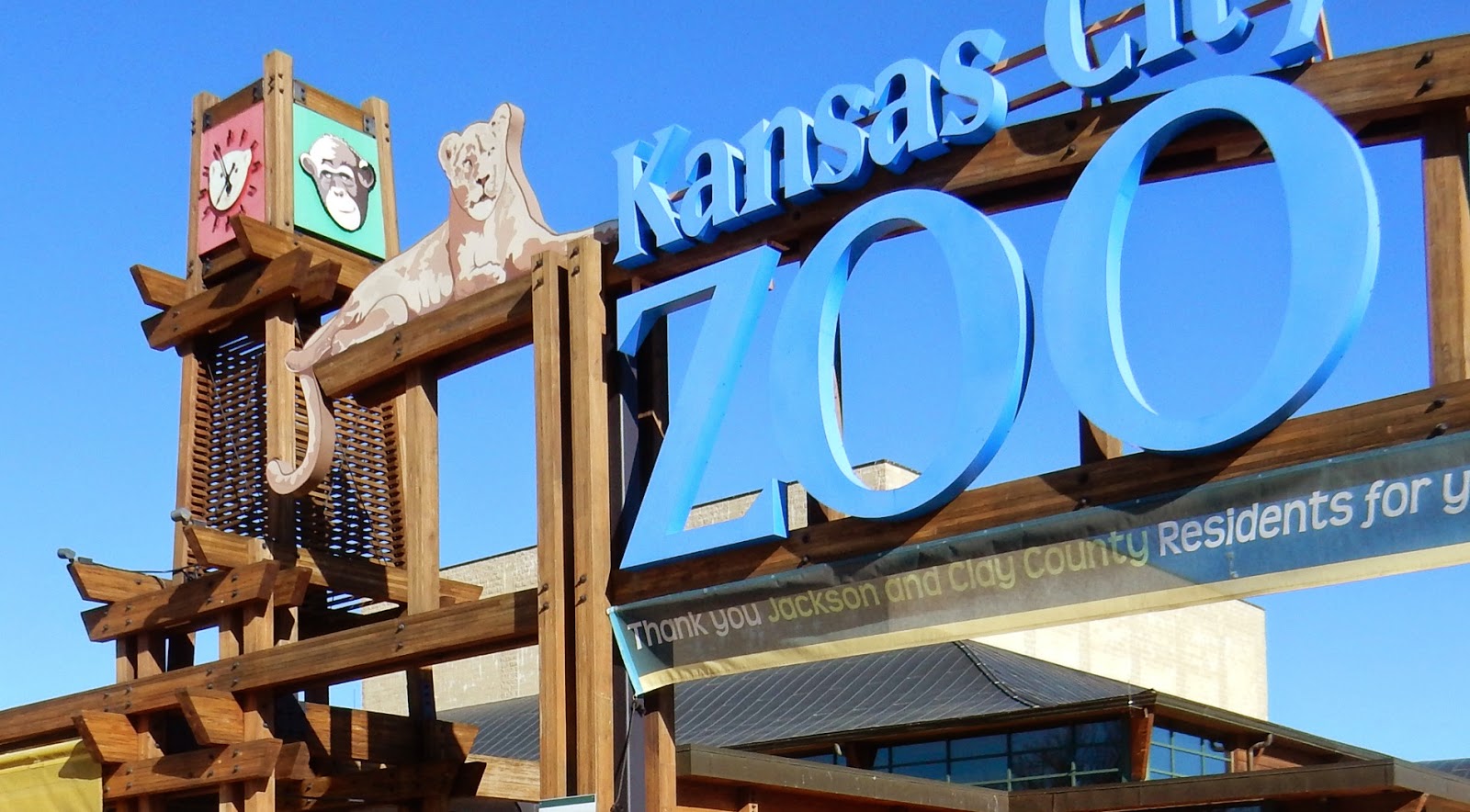 Hello again! It's me, Kinley, reporting from the Kansas City Zoo. Since my sister Brooke is too little to talk about our adventures, it is left to me, your intrepid 3-year-old roving reporter.

Grandma and Grandpa Fritzemeier were in Kansas City for Grandpa's Kanza Co-op board retreat last week. Grandpa had Friday afternoon off. Really! He didn't skip any meetings to go on our zoo adventure.

Brooke and I had never visited the Kansas City Zoo. Mommy and the grandparents had been there when she and Uncle Brent were little. They said it had changed a lot. Both Brooke and I dressed for the day in our owl outfits. Sadly, we didn't see any owls though. 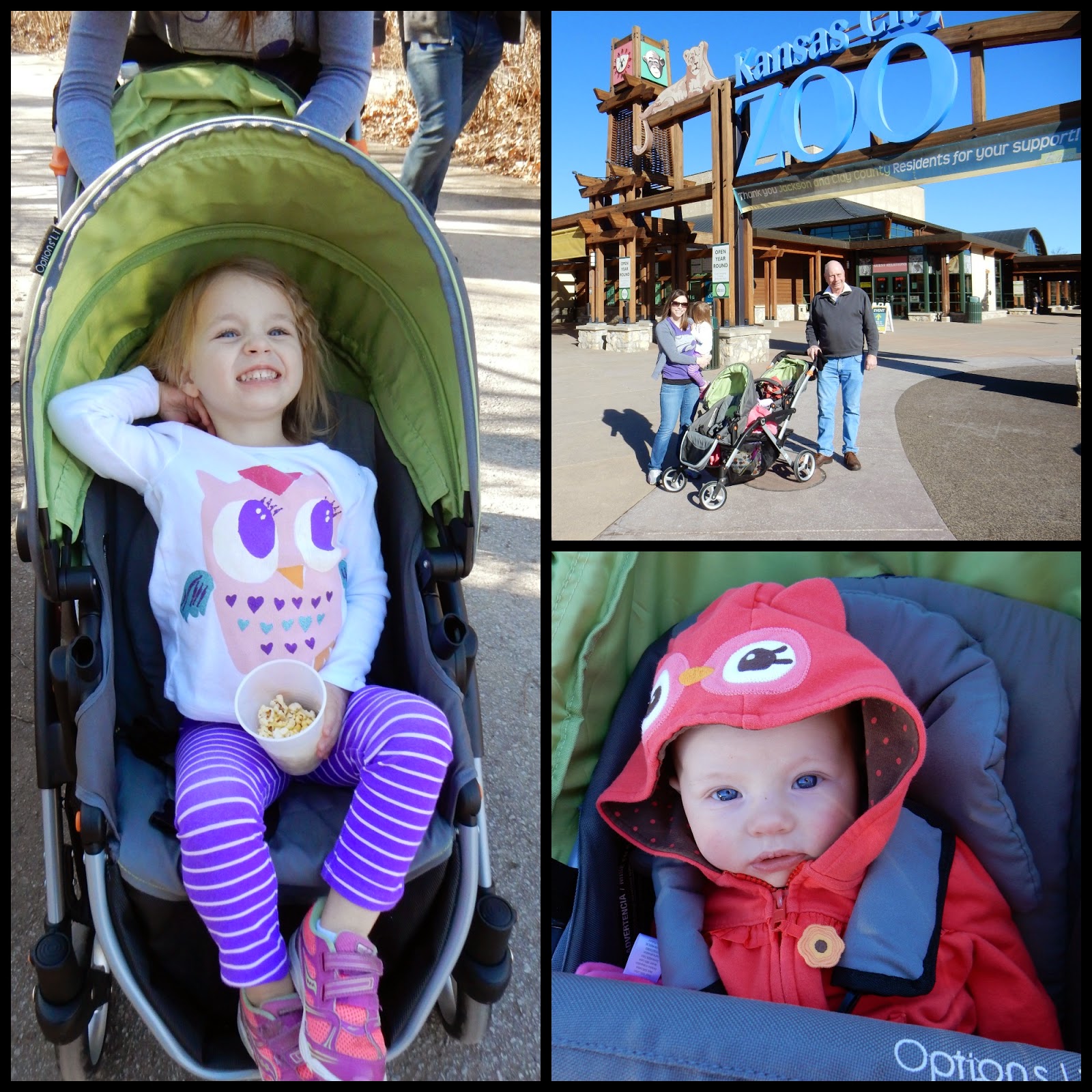 We are veterans of the Topeka Zoo - even Brooke, who has grown up quite a bit from her first Topeka zoo visit in September. But, even though she's grown a bunch, she still can't talk. But I can. And I do.
The Kansas City Zoo has lots of walking. Thankfully, Mommy was my chauffeur, and Brooke and I shared the stroller. Grandma says she needed a chauffeur, too. She got a blister on her foot. Sorry, Grandma! She says it was worth it. 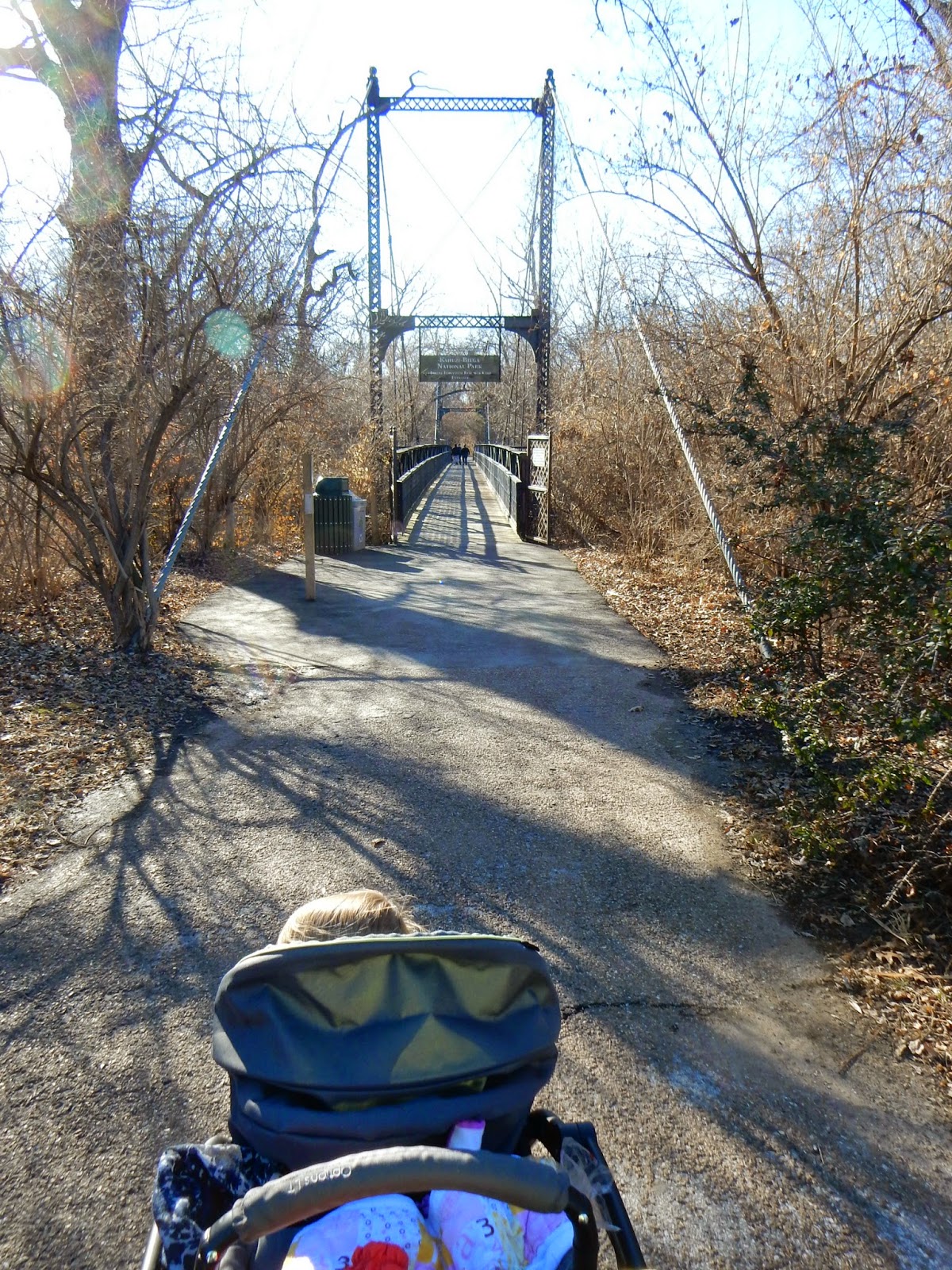 Our first stop was with the penguins, since the guy at the gate told us it was feeding time. 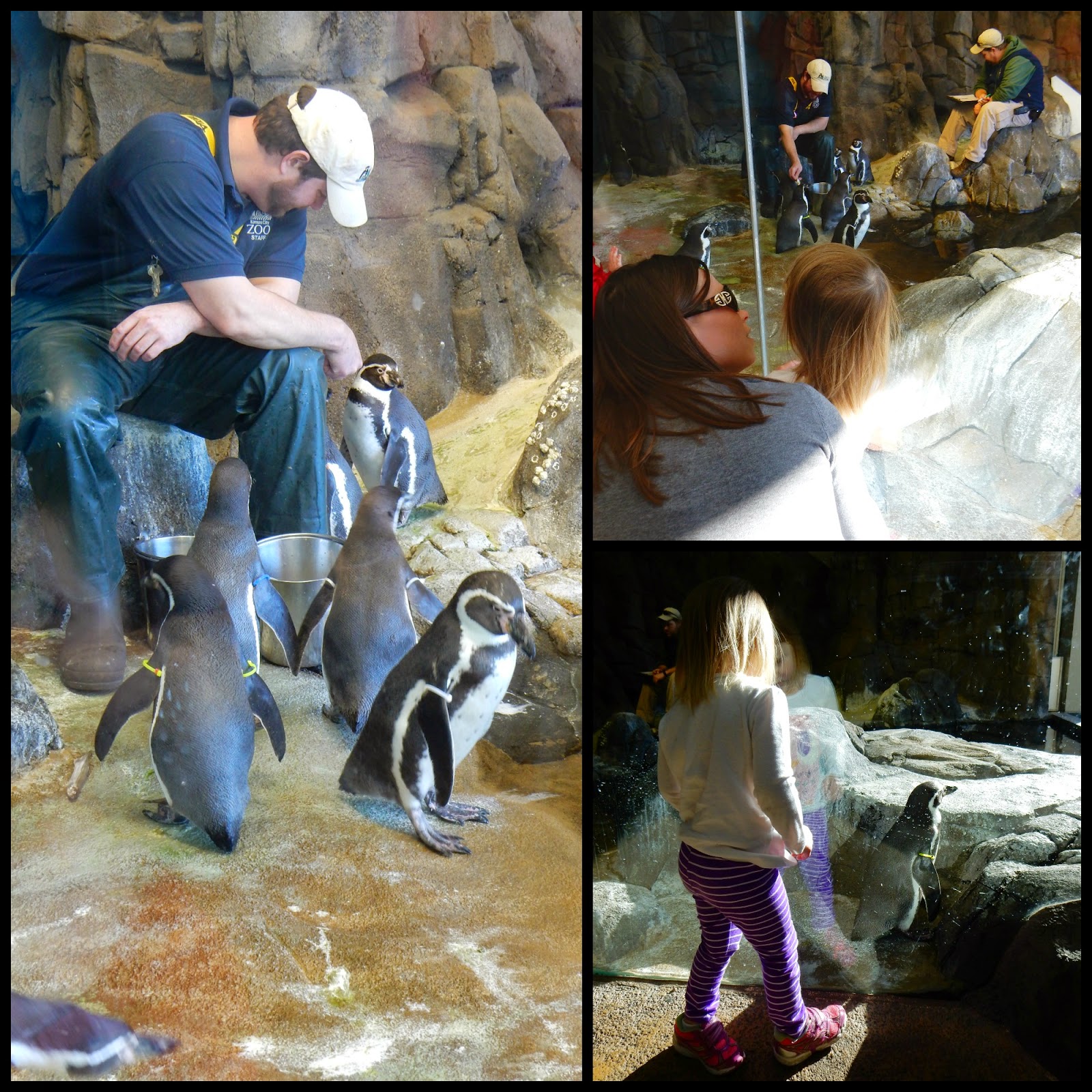 I think my popcorn looked a lot better than the little fish those guys were eating, but to each his own, I suppose. 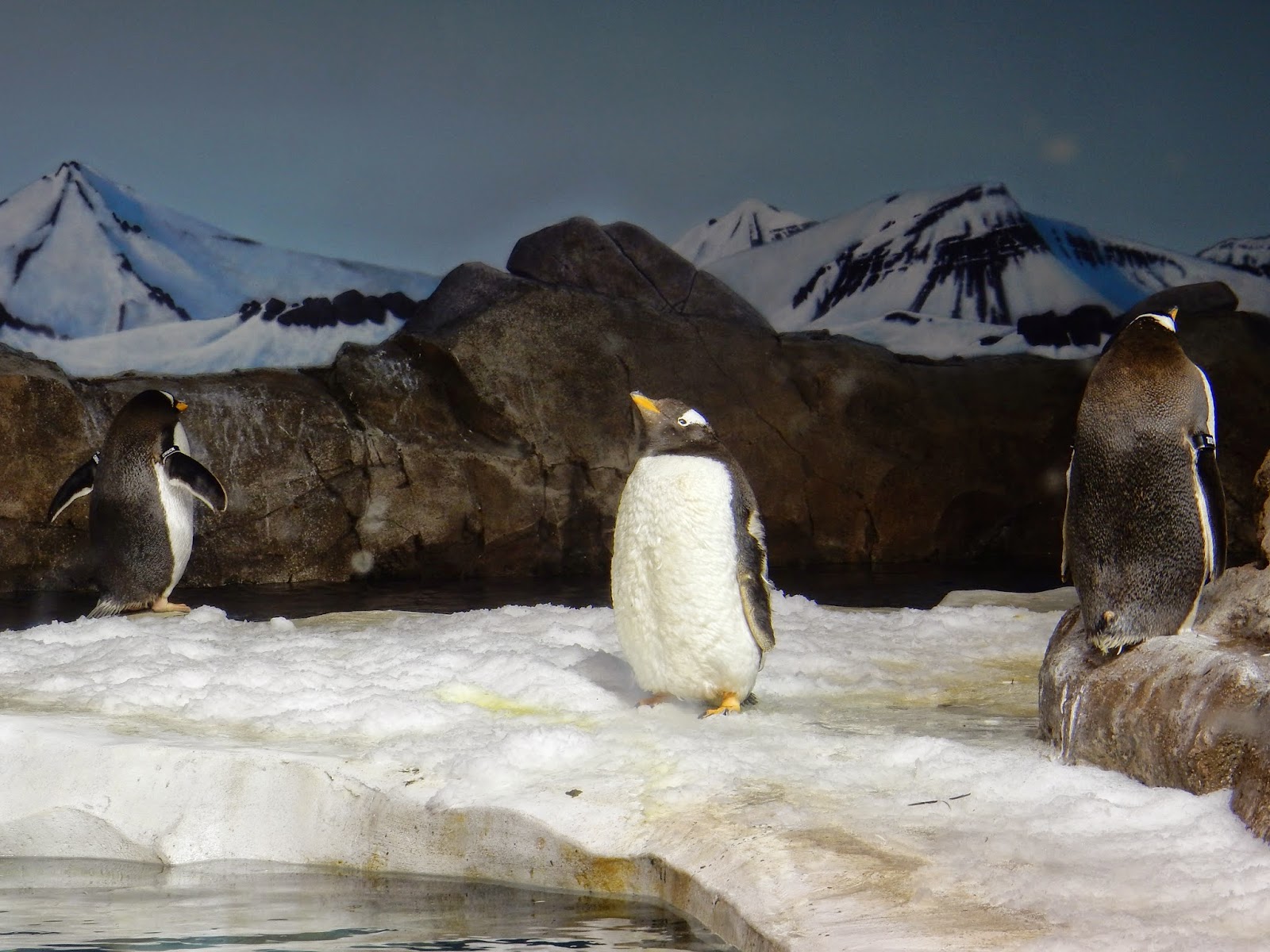 A couple of them were a little shy - kind of like me. It takes me a little bit to warm up. I'll bet it takes these guys even longer since they are in a cold place to begin with! 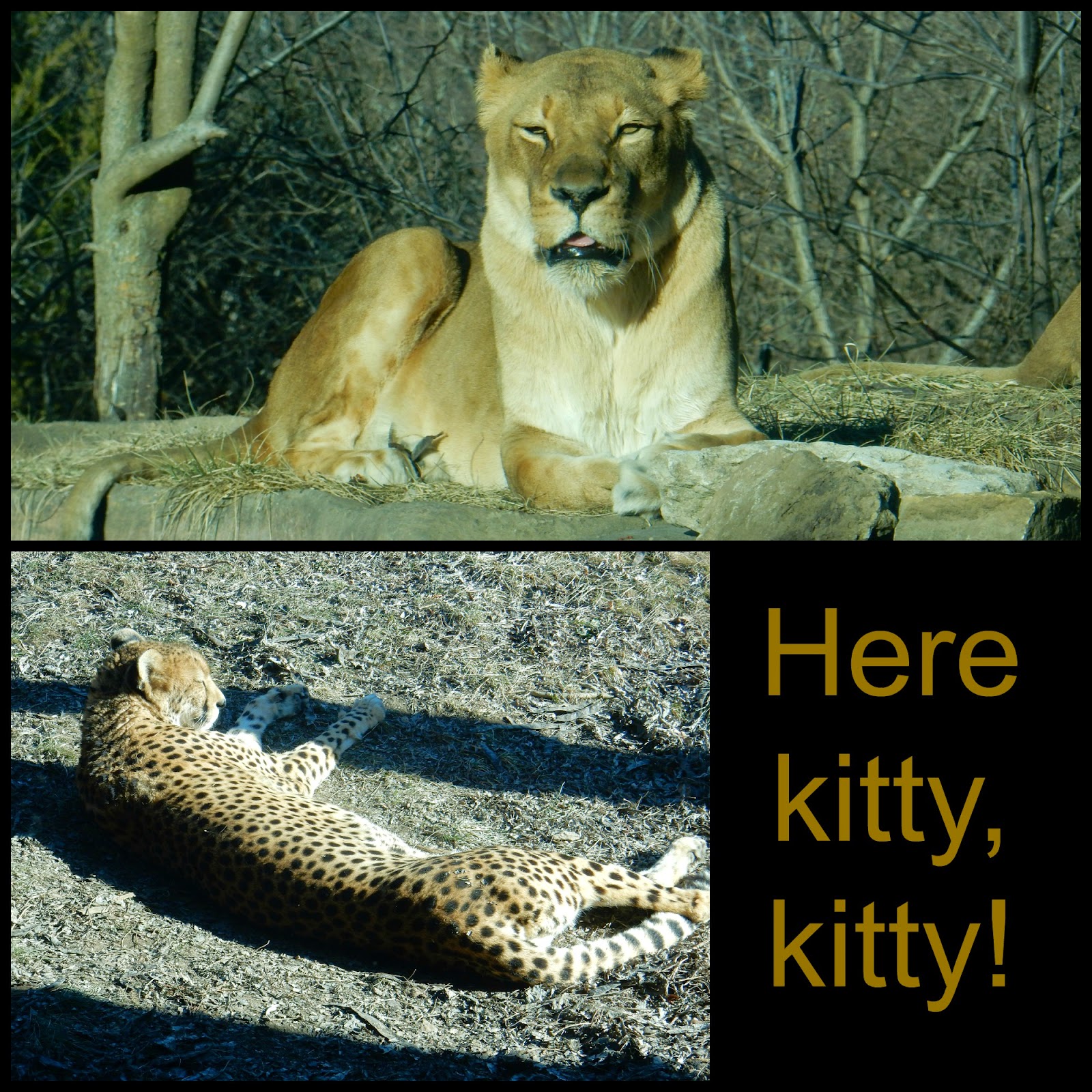 I like kitty cats. My Grandpa has a cat named Big Cat. After seeing these guys, I think Grandpa should revise his cat's name. But that is just my opinion. 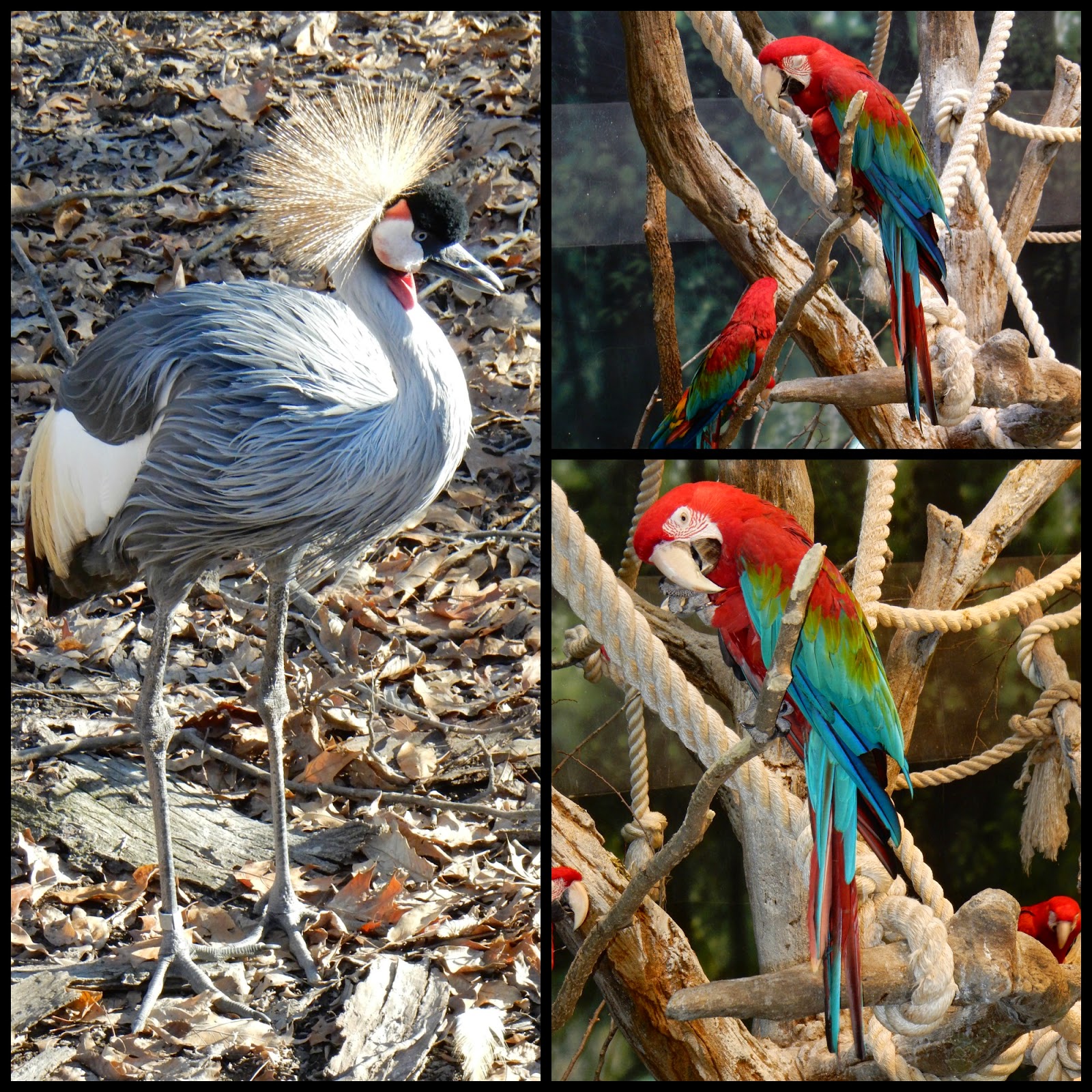 We also saw some beautiful birds, though I thought one of them had crazy hair. (My Mommy said I had crazy hair, too, since I took out my braid on the way to Kansas City.) But I think this guy had me beat! 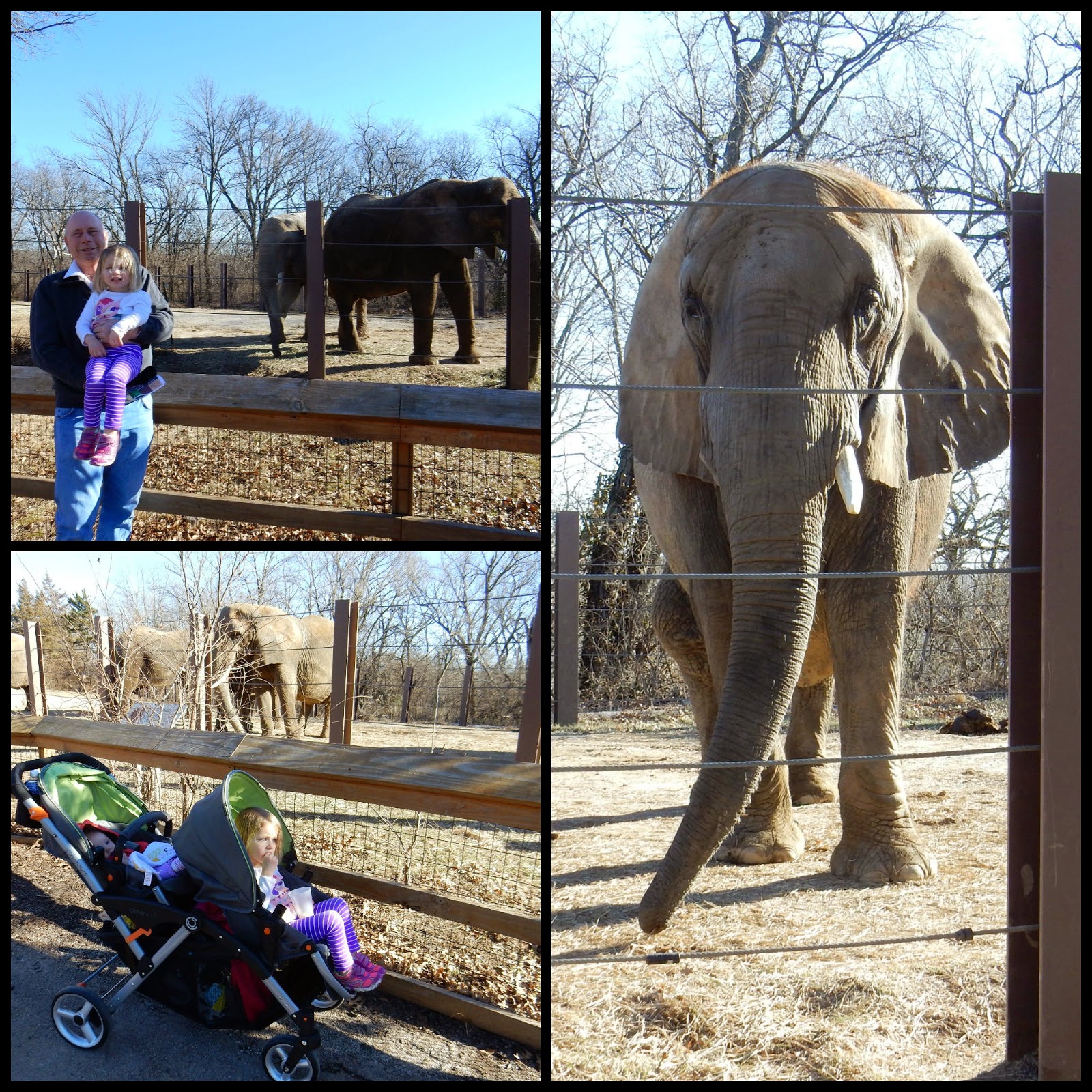 I counted six elephants. That's a lot more than the two at the Topeka Zoo. 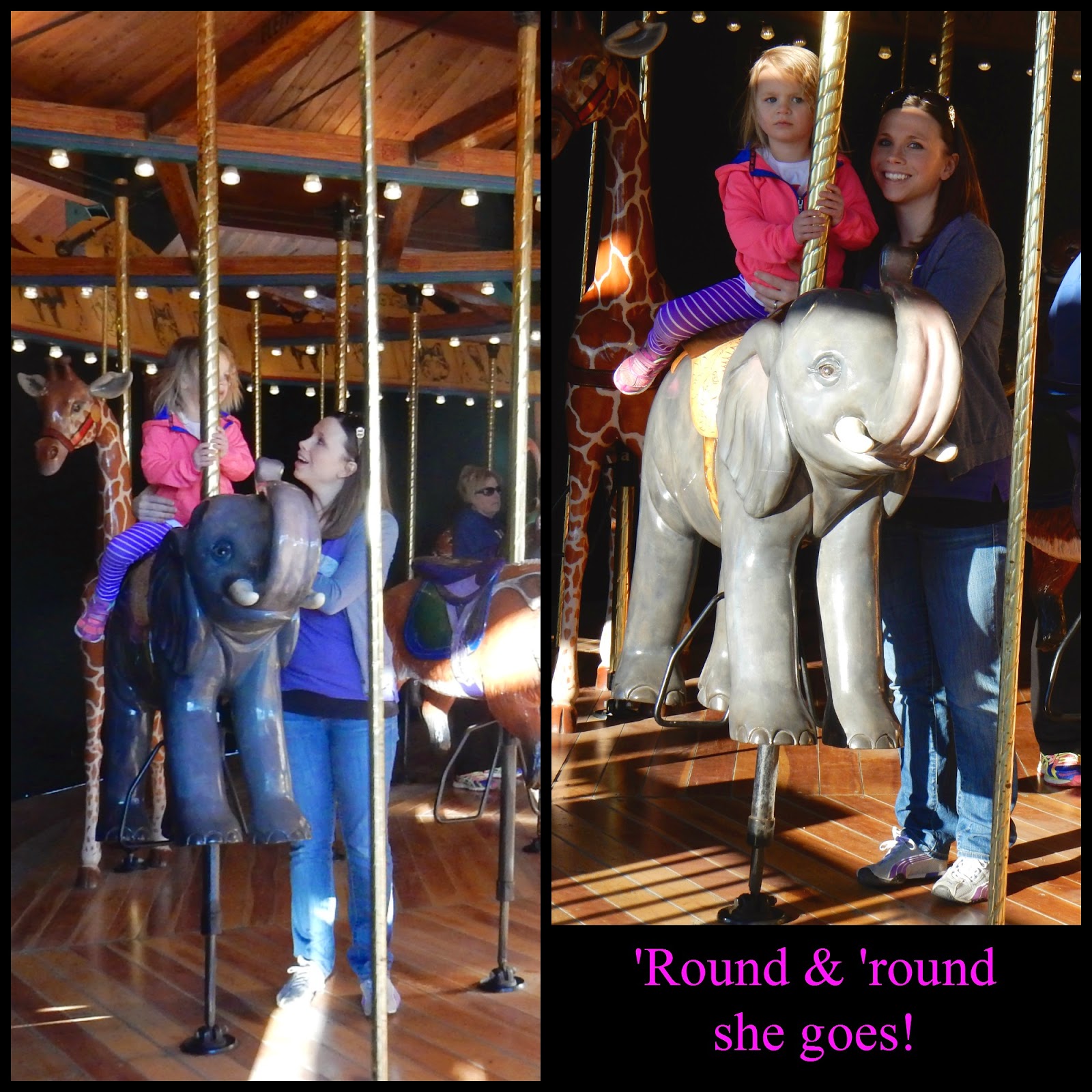 I couldn't ride the real elephants and that was A-OK with me! But I chose the elephant on the merry-go-round. Actually, I have a confession: I wasn't so "merry" when we started. I thought it sounded like a good idea. I told my Mommy I wanted to ride the "spinning" thing. But then I was a little bit scared. It's a good thing Mommy came along.

Actually, I liked riding the baby hippo at the zoo's playground even better. It didn't move. 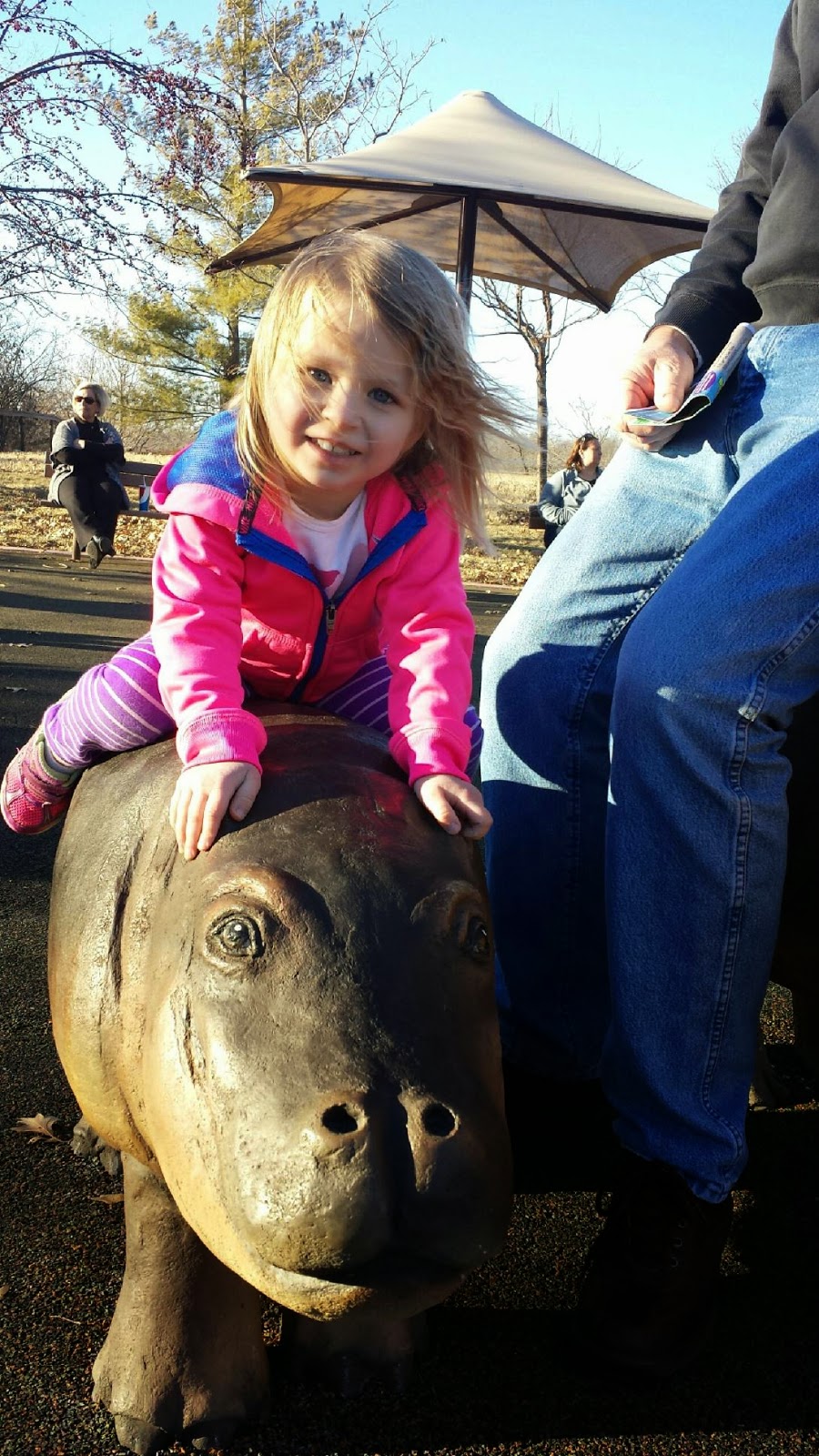 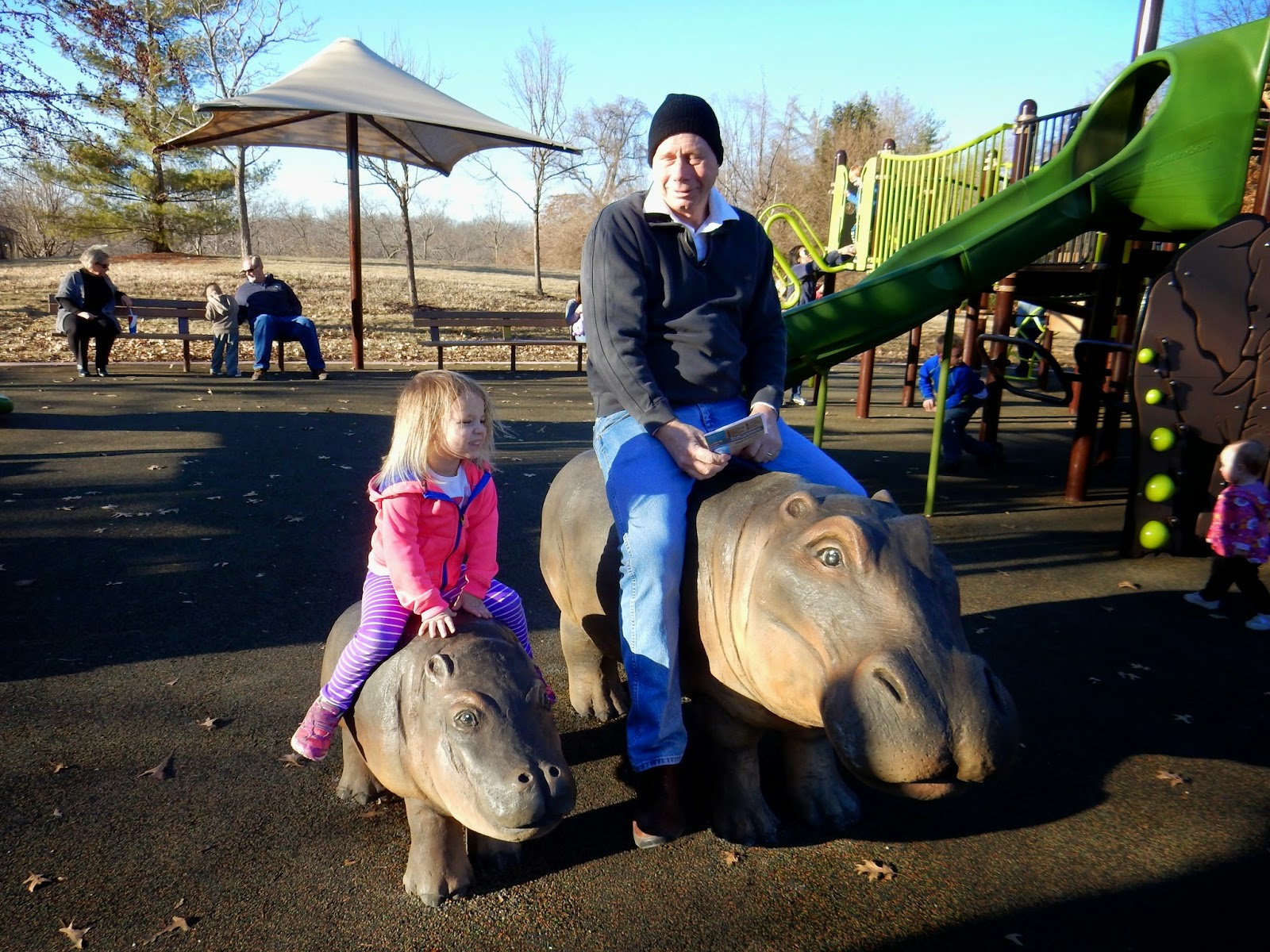 Grandpa rode the big one. Grandma says he'll do pretty much anything for his girls. 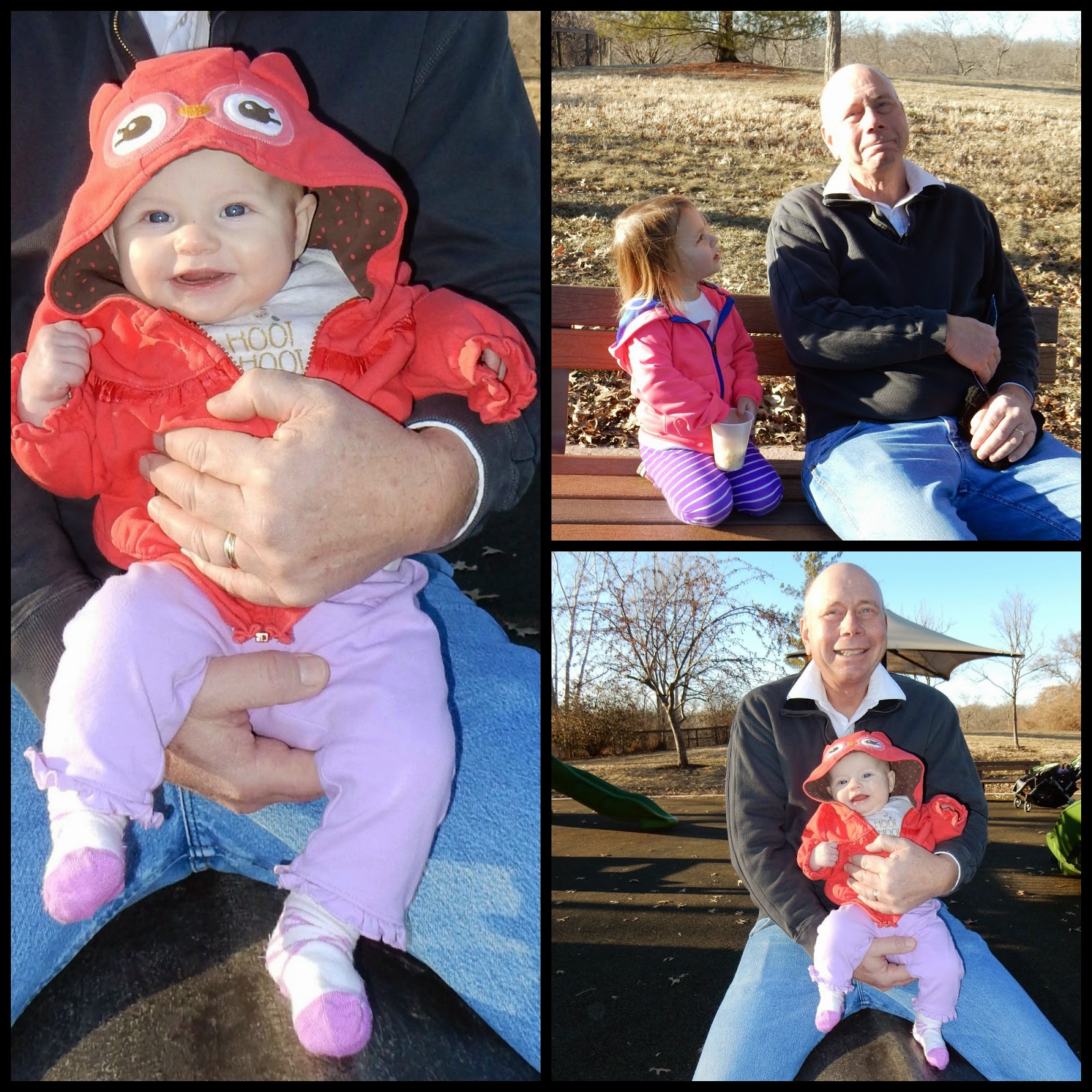 It was a fun day at the Kansas City Zoo! I can't wait to go again. 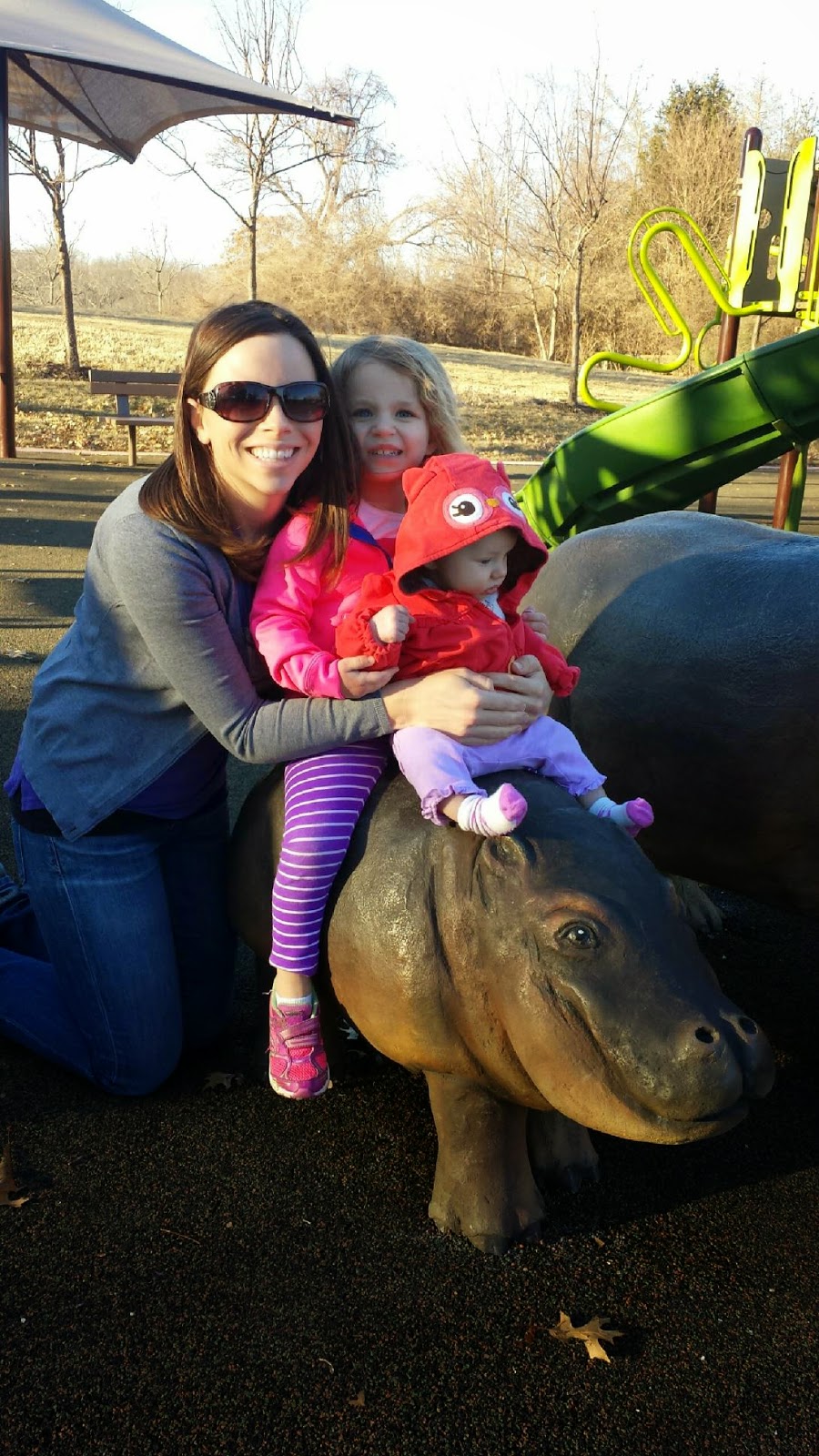 Neither can Grandma and Brooke. But Grandma says she needs to bring a different pair of shoes! 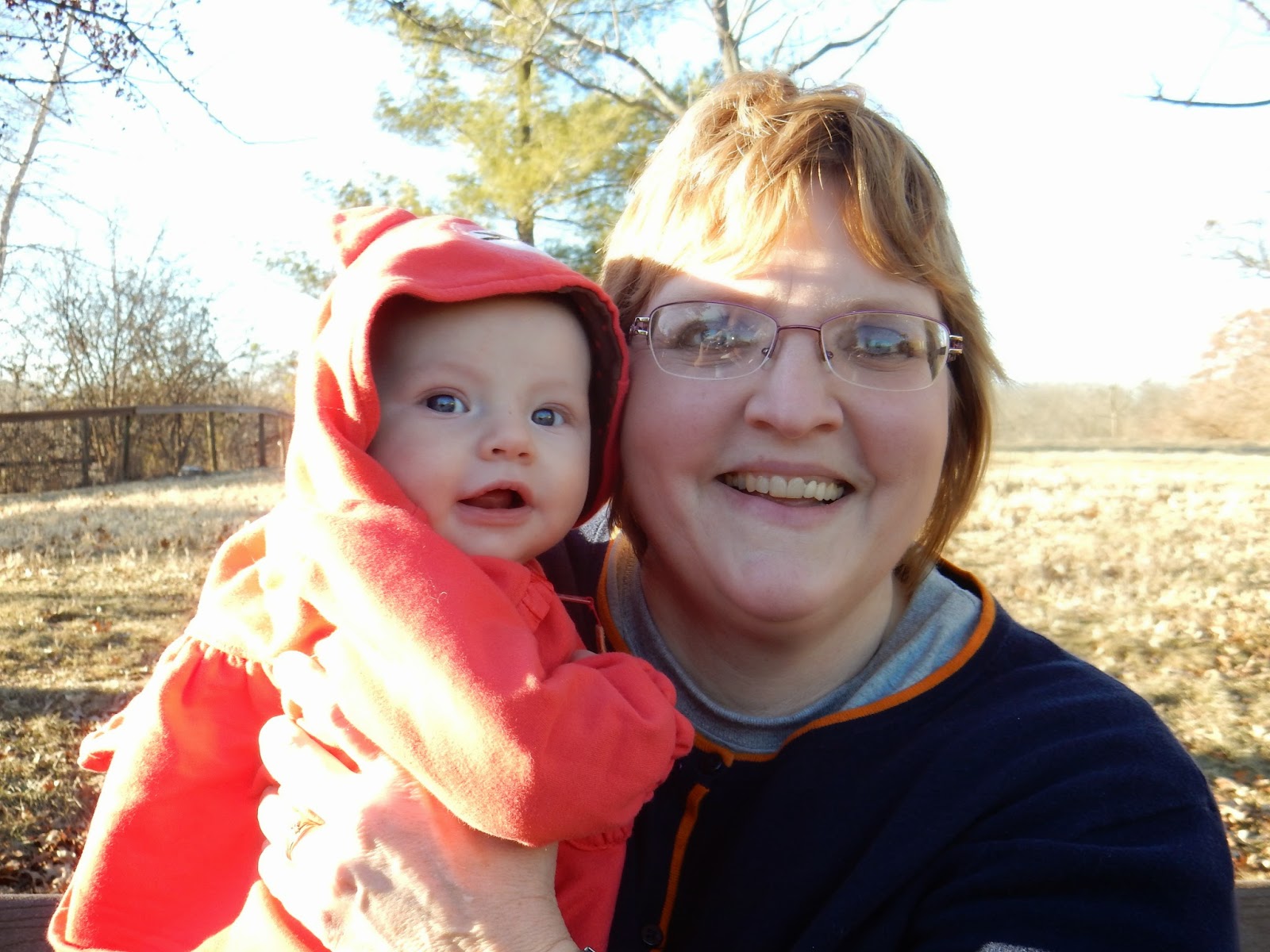