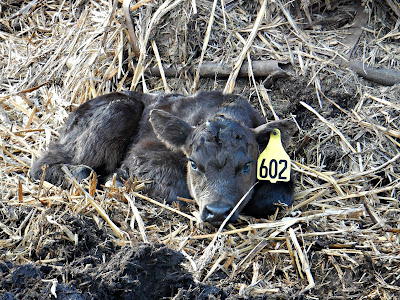 The new calf shed got a workout on Saturday night. The County Line calf crop got off to a running start with three calves born to heifers.

Randy doesn't need a gym membership. He got both cardio and weight training in as he carried two of the three calves to the shed. Naturally, one of them was about as far away as it could have been. (In the photo below, you can see it lying beside the fence behind Randy.) The little black-white face was a bit closer - but not a lot. Only one of the three walked the distance ... with a little nudging along the way. 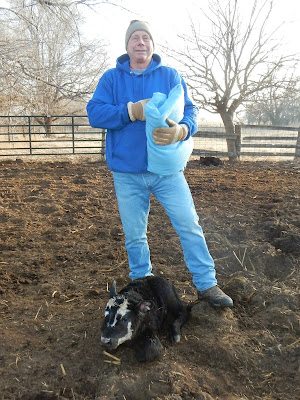 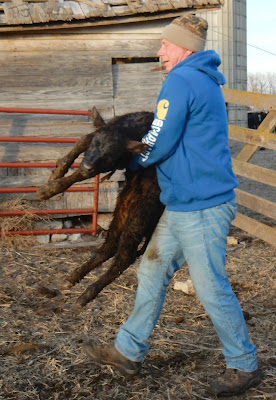 At first, the heifers (first-time mamas) were a little confused about which baby belonged to which. But after watching them for a little bit, Randy matched up the pairs. 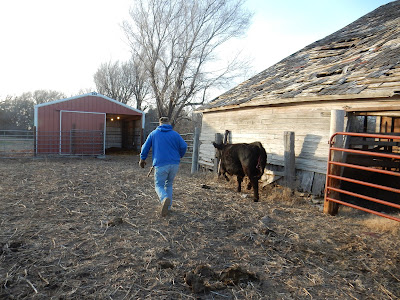 We got them separated into the three pens and left them to get acquainted. 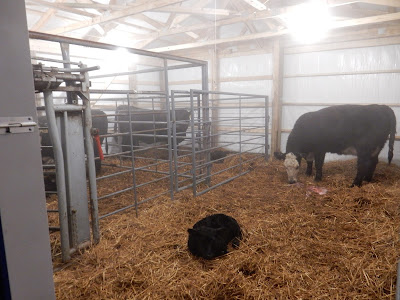 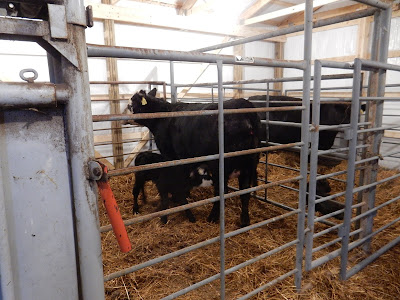 However, one of the calves was slow to get up, and the mama wasn't all that interested either. 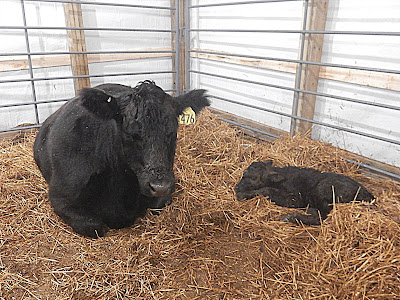 So, on our third trip out to check on them, we got the mama in the head gate and Randy tried his skills as a milkman. 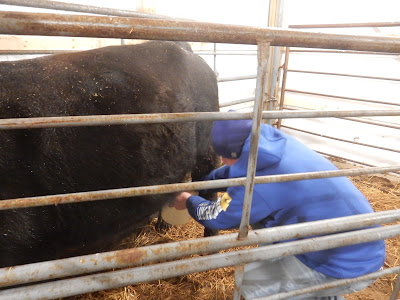 He fed the colostrum to the baby, using an oral calf feeding bag. (I tried photos, but I was also holding the bag in the air, and I didn't have much luck with multi-tasking.)

By the next morning, the calf had nursed on its own. And even though they were both new to their respective roles, they got them figured out. Nature is a miraculous thing. 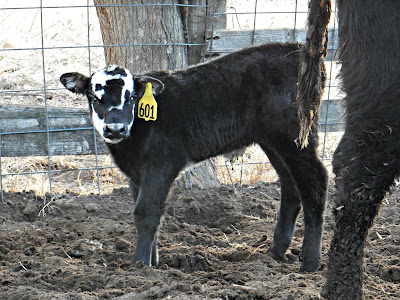 By Sunday afternoon, all three of the calves were cleaned off and ready for their class photos. (The photos I took on Saturday really did remind me of school photos. Sometimes, you just need to take advantage of retake day.) 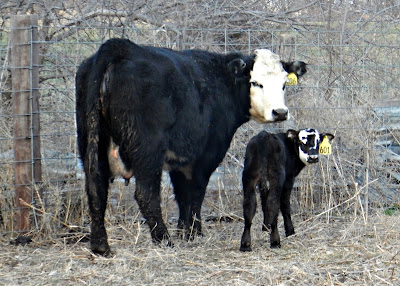 The black-white face was up and roaming with its mama. The other two were hunkered down, one near a feeder and the other in some weeds. Not everybody appreciates the paparazzi, I guess. 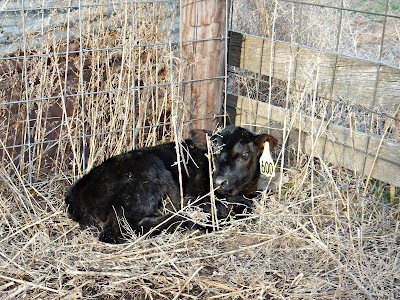