The Central Kansas weather this summer hasn't quite been like the desert of the African Sudan. 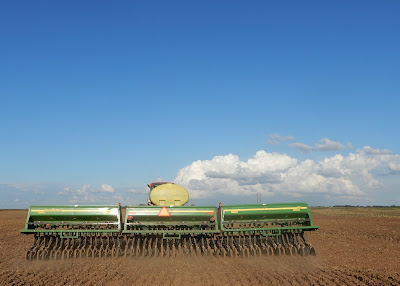 We did miss the rain that made for this beautiful sky in the middle of August. Those storm clouds were to the east of us and didn't bring any rain to our farm.

We don't have the "Sudan" with a capital "S." But on The County Line, we do have sudan - with a small "s."(Now I sound like our favorite kindergartener.) In our case, it's a crop - not a desert.

After a small rain shower in mid-August, Randy planted some after-harvest sudan. 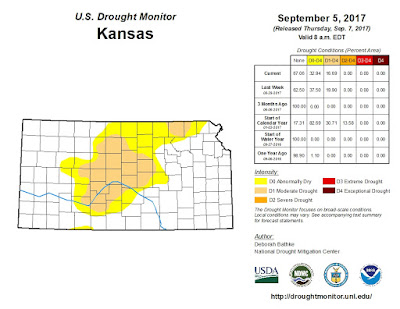 Though we're not a desert, drought conditions this year haven't made for a particularly favorable growing environment. As of the September 5 Kansas Drought Monitor, we are in the moderate drought category. 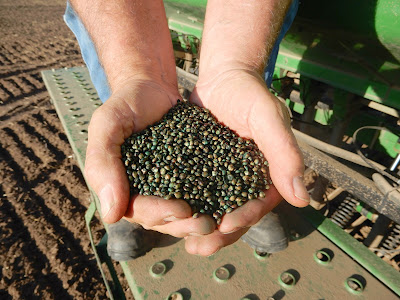 Sudan is a fast-growing hybrid that goes from seed to feed source in approximately 60 days. But it still needs some rain to get it from seed to harvest. We got 1/2 inch of rain on it a week ago, which helped a little. Sudan can be grazed or it can be put up for hay. We'll likely do some of both. 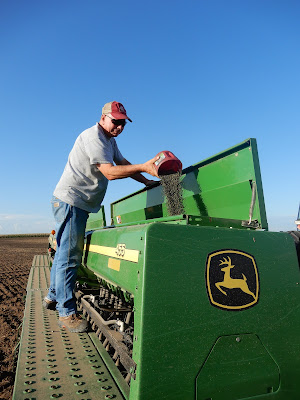 It's higher in TDN - total digestible nutrients - than alfalfa. However, it is lower in protein. So it's a cheaper ration for maintaining weight in cows, but it's not desirable as a growing ration for feeder cattle. 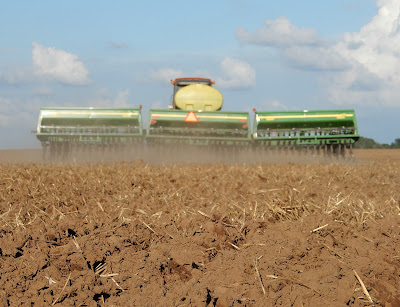 By August 21 - less than a week after planting - the sudan was starting to emerge. 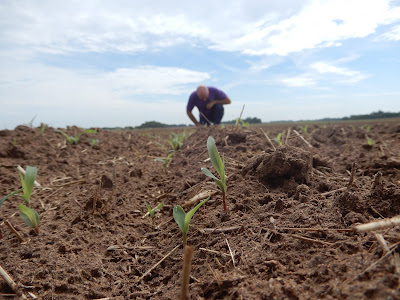 It looks bigger than it was at this close-up angle. But I did tell you that it's a fast grower! 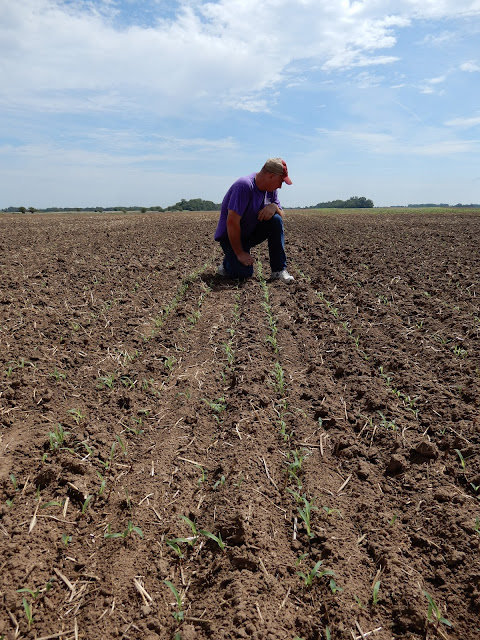 My farmer is out standing in his field. (I can't resist the pun.) 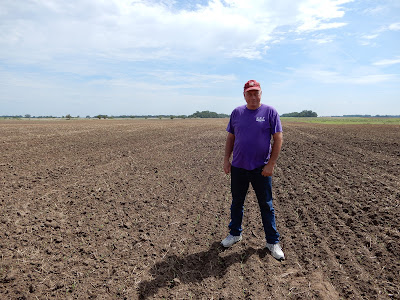 Not quite a month later, the sudan is making some progress. 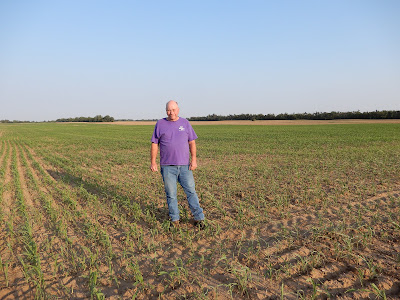 But the lack of rain is definitely showing. 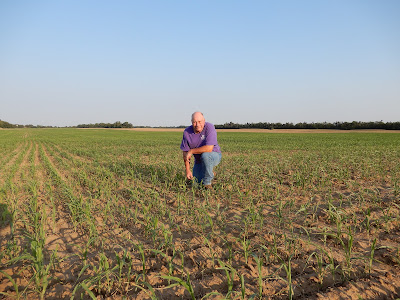 While our sudan still has some growing to do, the guys did a custom job of swathing, raking and baling some sudan for a neighbor. He planted his sudan in June. 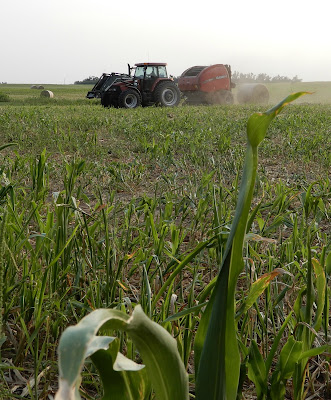 I missed the swathing and raking photos, but I did snap a few photos of baling on a meal delivery to the field. 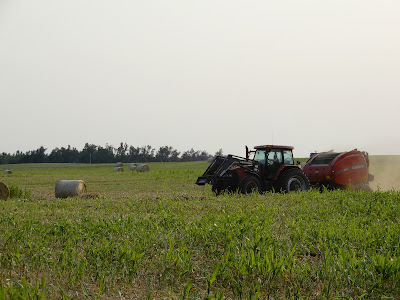