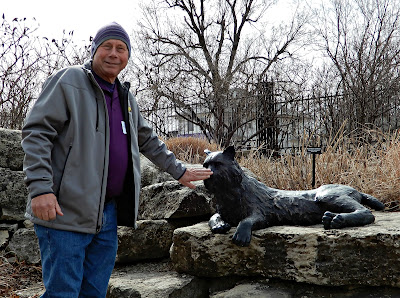 A Wildcat Victory is said to come from rubbing the nose of a bronze wildcat in the K-State Gardens. The wildcat's nose is bright and shiny, so Randy and my dad weren't the first to test the theory. 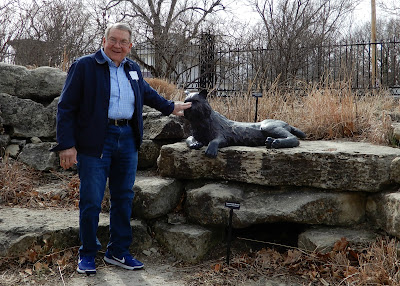 And it must have worked! Our men's basketball team made it all the way to the Elite Eight. However, the luck must have worn off. We should have made another trip to the gardens for a little more luck before our game vs. Loyola last Saturday. (Of course, they had Sister Jean on their side, and she evidently has a direct line to God - or so the national media contends.) 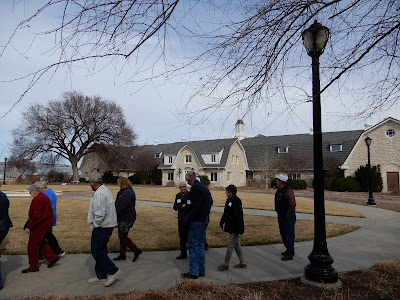 The wildcat was one of the important stops on the Master Farmer-Master Farm Homemakers tour of The Gardens at Kansas State University. The garden tour was an "extra" before the annual meeting earlier this month. 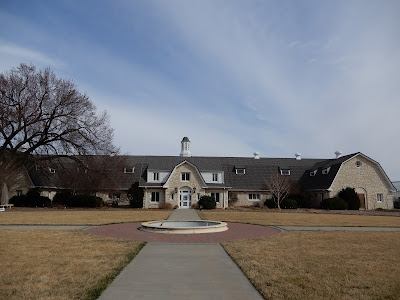 I'd venture to say it's a motto that resonates with this bunch of farmers and farm wives, even though in early March, there was not a lot blooming outside.
Originally, the Gardens Visitor Center was the K-State Dairy Barn and Milk House. It was built in 1933 and housed students workers that lived upstairs and milked for their rent. The first floor contained a weighing room, milk room, refrigerator, washroom and the herdsman's office. In 1976, due to inadequate facilities, the actual dairy production was moved to a new site north of campus. 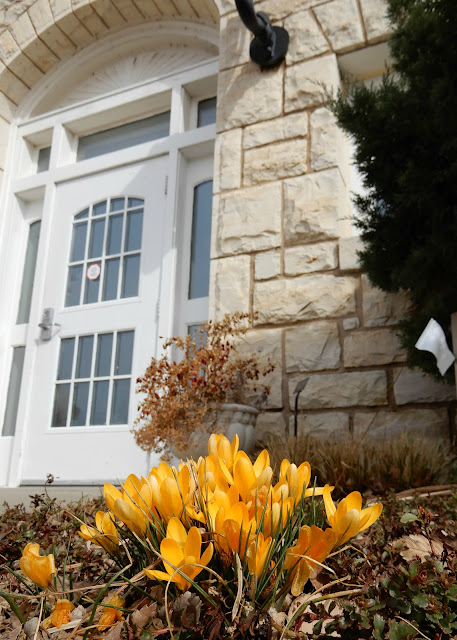 Today, the milk house serves as a Visitor's Center for the gardens. A few spring blooms were beginning to poke out. 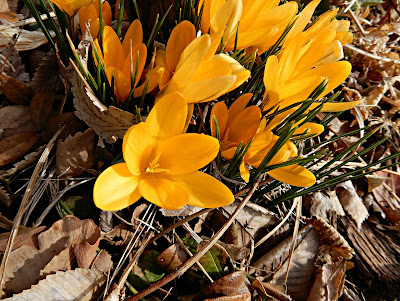 As I leaned closer to take a photo, I noticed that the blossoms were coming up through the debris of fall and winter. New life was being nourished by the dying organic matter from a different season.

There's a lesson there, isn't there? We may feel like we're being consumed by the things that weigh us down. But we can still bloom and overcome obstacles in our way.

Several of the people in our Master Farmer/Homemaker group have had to do that through the years. Most of them lived through the farm crisis of the 1980s (and the less publicized ones that came before and after). They've had crop disasters through no fault of their own. They've lived though family joy and pain. 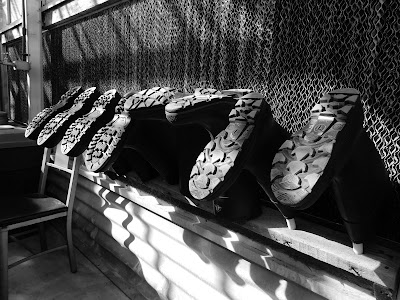 And, still, they put on their boots and got busy. 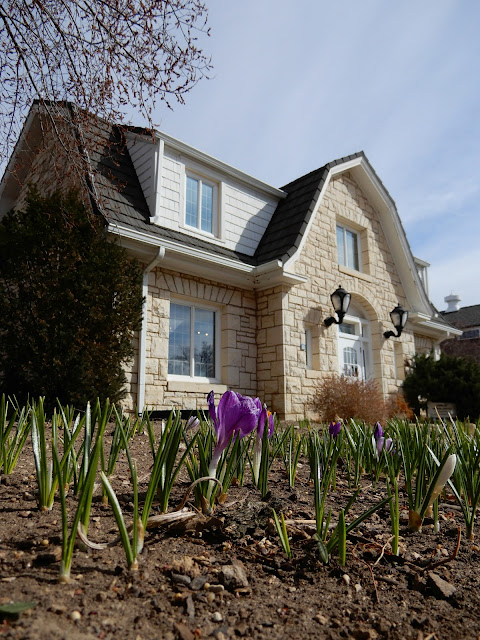 They've "bloomed where they were planted," so to speak. 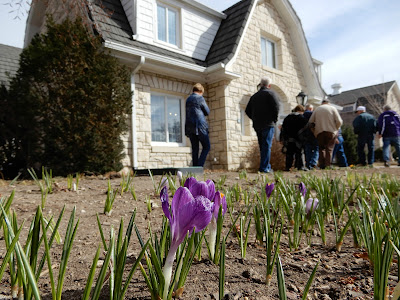 They've burst through the hard ground and made a life and a living, despite the circumstances. 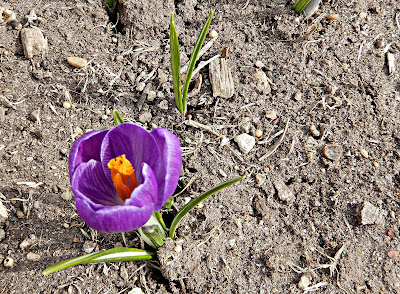 The light has overcome the darkness of life's challenges. 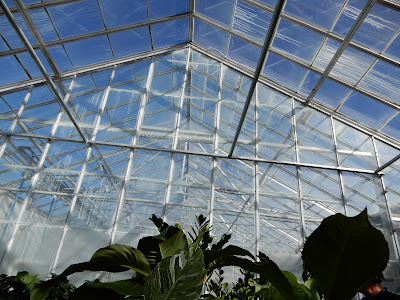 Our tour through the greenhouses was led by a horticulture student. Through their research, they are trying to come up with new and improved ways of doing things. 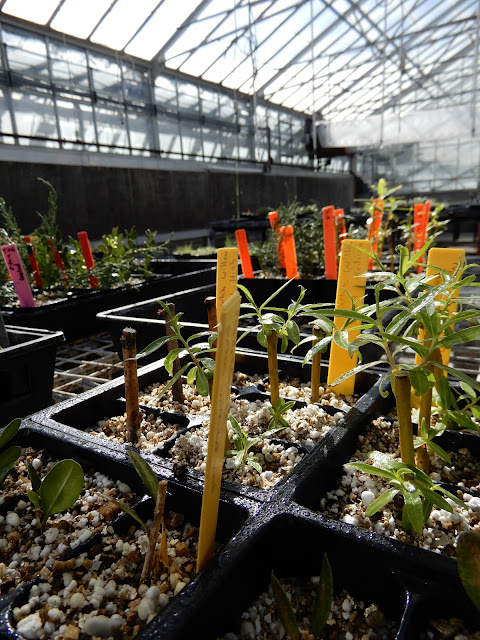 Their research builds their own resumes, but it also provides new ideas for the world though things like aquaculture. 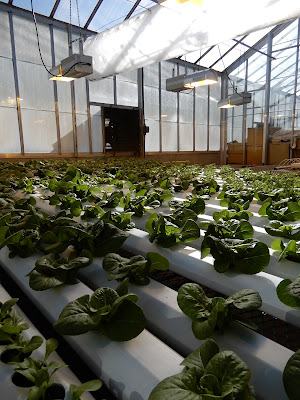 Adapting to new ways of thinking is vital - whether we're talking about a greenhouse or a farm or the world in general. 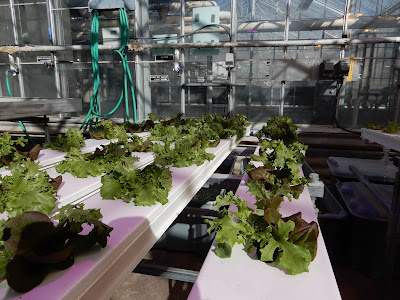 Air, good soil, light and water may be the fundamentals. But so is the willingness to adapt and change when needed. 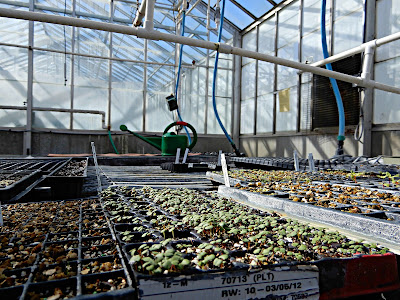 It's what makes us bloom as individuals. 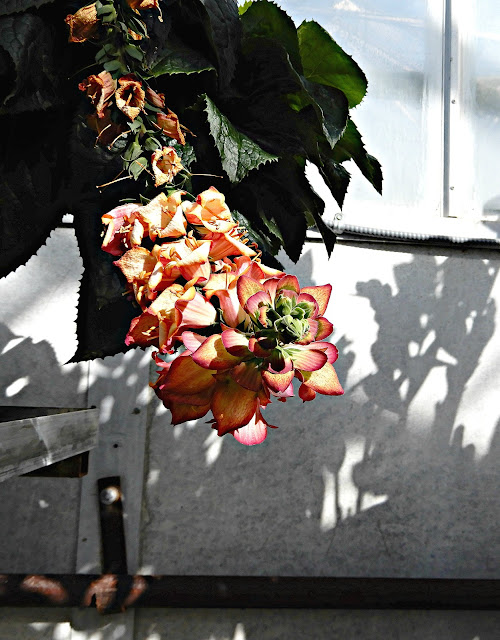 For some photos from a fall visit to the gardens, click on this link. I hope to get back to the K-State Gardens at other times of the year. 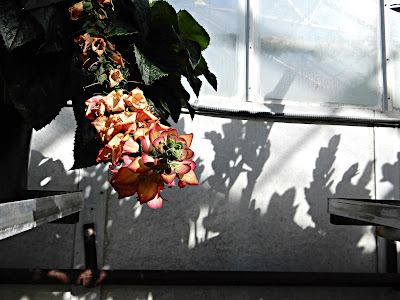 (I couldn't decide whether I liked this photo with the light and shadows better or the close-up of the bloom. I'm sure if I polled people, there would be a number of different opinions. And that's what makes the world go around!)
Posted by Kim at 7:44 AM