37 Years? A Drop in the Bucket 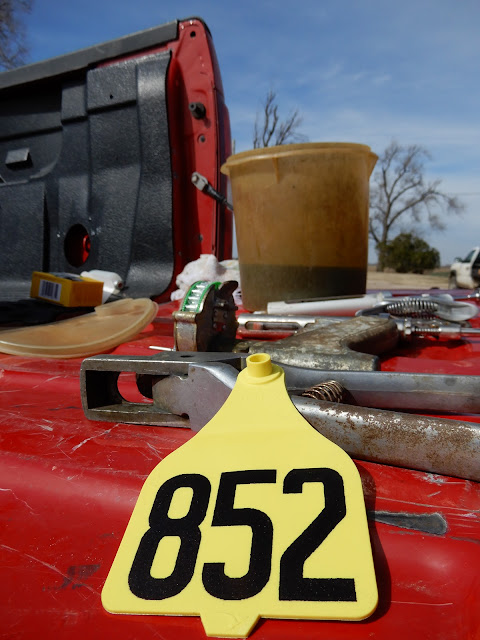 Yesterday was our 37th wedding anniversary. We spent part of the day working another group of baby calves.

And that's OK with me. 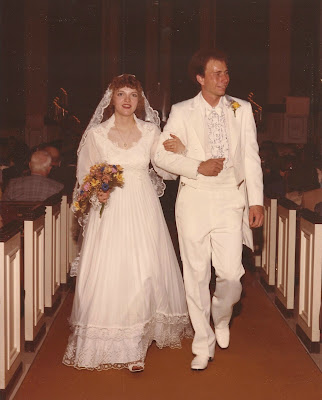 Instead of a fancy dress, I was wearing jeans with fragrant "adornments" ... and I don't mean spring flowers like those I carried in my bouquet. The only tie involved for Randy was the rope used to hold the bull calves' legs in place for a quick bit of life-changing surgery.

We did celebrate our March 28 anniversary; we just did it on March 27. We went to a movie, "I Could Only Imagine," and out to eat at Jillian's in Hutchinson. Since our anniversary fell on Wednesday this year, an evening date would have conflicted with church choir. Our church choir is small (but mighty). Having even one voice gone as we practiced for Easter Sunday would make a big difference. 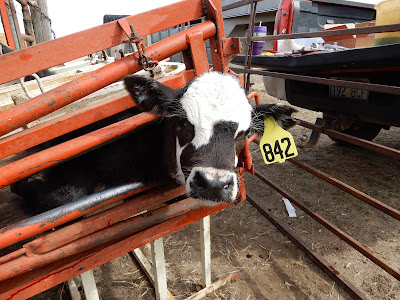 The same can be said of working calves. Everyone has a role, and it goes much better and more quickly if we all pull together. 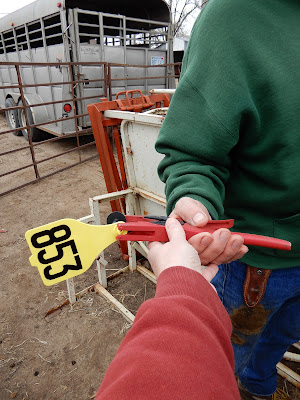 The whispers of the past on this Century Farm come together when we work calves. See that old, yellowed Tupperware container? 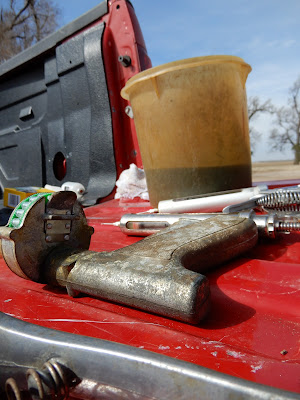 I always say it was part of our inheritance. Really. It's been used to hold the pulling chains and disinfectant since I've been part of the family for 37 years now. I don't know how long it was used prior to that.

It used to be stored in my in-laws' mudroom, but it now makes its home in my basement or back porch, depending upon the season. I'm sure when Marie bought that Tupperware long ago, it was never intended for use in a barn or calving shed or for holding disinfectant for a scalpel as we turn boy calves into steers.

In fact, according to the label, the Tupperware container was part of the Millionaire Line. Man, if only THAT had come true! After a quick perusal at the Tupperware website, I have concluded they don't make it anymore. Maybe I could suggest a whole new marketing campaign for cow/calf producer products. On second thought, no. Somebody somewhere would protest that the plastic isn't "GMO-free" or "local" or some other buzzword.

Even though Marie has been gone for more than 20 years and Melvin for nearly 16, their farming legacy lives on through us on this land that's been farmed by Fritzemeiers for five generations.
The transportation choice for our anniversary "date" included an open-air vehicle. Nope, not a convertible. 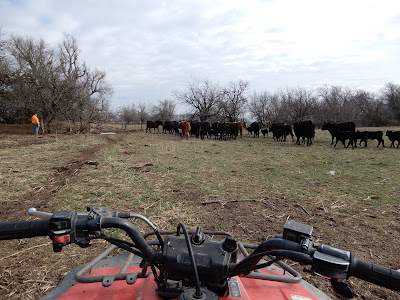 A 4-wheeler also lets the wind ruffle your hair while dashing through pastures and along dirt roads. 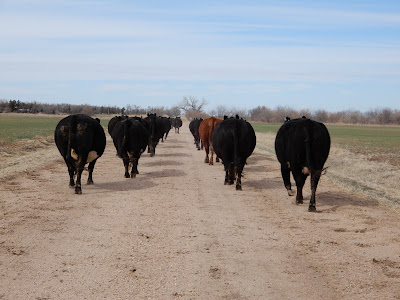 Everyone loves a "party," but some need a little encouragement to get out of their routine. 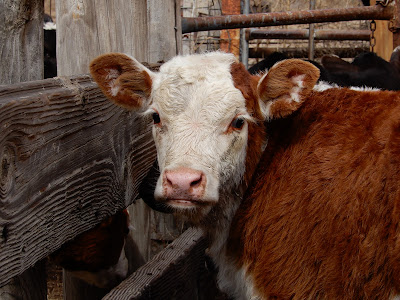 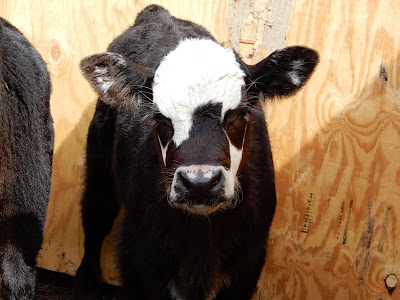 Someone told a couple of calves that it was a masquerade ball. Their buddy didn't get the memo. 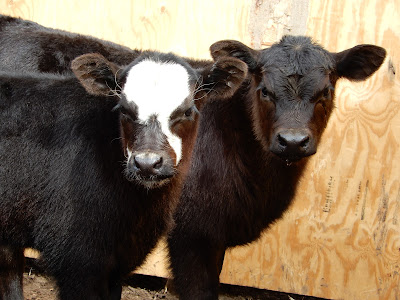 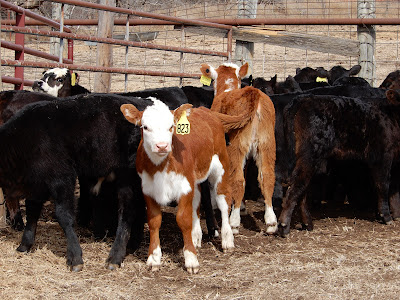 It seemed this party attendee had had a fluff and a curl before attending. 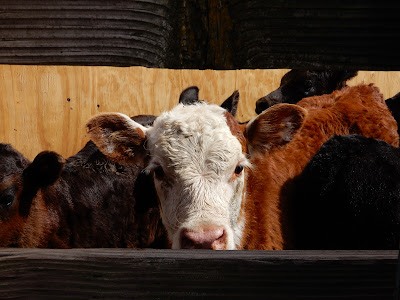 There are always those introverts who want to hide among the crowd. I can relate! 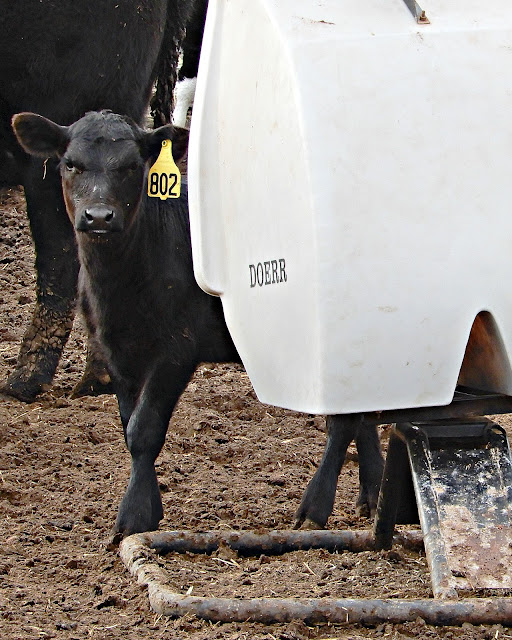 There was no cake, but some of the partygoers couldn't wait to get the "door" closed back home before they grabbed a drink from their favorite milk "bar." 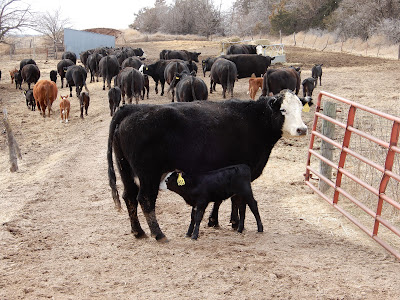 There may not have been cake, but Randy did get his blueberry pie later in the afternoon. I prefer the sappy card. He prefers homemade pie.