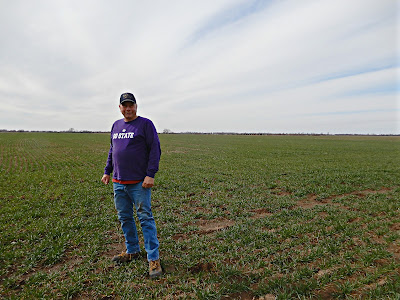 The remark came from a neighbor as we were walking toward our cars following a funeral yesterday morning. And before anyone asks for a loan, that doesn't mean that we personally will rake in a million bucks from a timely rain. It means that the rain that fell Sunday night into Monday could make that much of an impact in our region.

We got 1.60 inches of rain. It was our first measurable precipitation since the first week of October. That's five months without moisture. Last weekend, the National Weather Service said if there was no precipitation during the weekend, it would be the driest winter in Kansas since they began tracking it in 1874. 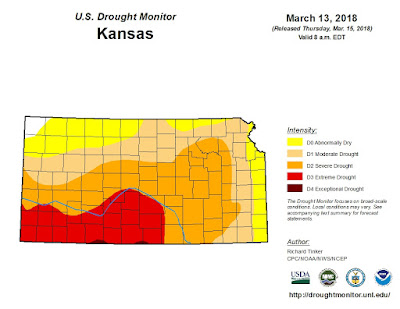 Last week's U.S. drought monitor brought our area into the "extreme drought" category - that area in red. The new map will be released later today, so it will be interesting to see if the rain helped erase any of that bulls-eye. However, we know it will take more than one rain to begin recovering from this lack of moisture. 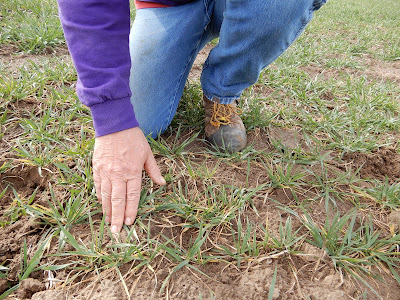 The rain certainly "dressed up" the fields, kind of like adding a little color to your cheeks with some makeup. It may seem strange to city dwellers, but the vibrant green color in the fields has been a hot topic this week - whether at church choir practice, a PEO meeting or a stop at the grocery store.

The latest government crop report estimates that more than half of the winter wheat crop in Kansas is in poor or very poor condition. And we are the Wheat State, after all! The National Agricultural Statistics Service reported Monday that 17 percent of the Kansas wheat is in very poor condition with another 38 percent rated as poor. About 34 percent is rated as fair with just 10 percent in good and 1 percent in excellent condition. That assessment comes at the same time that topsoil moisture supplies were rated as short or very short across 81 percent of the state. 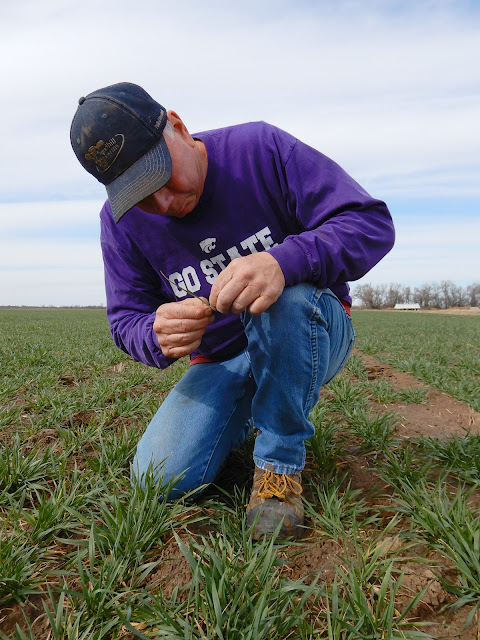 After we worked a group of baby calves yesterday afternoon, we stopped for a closer look at a wheat field. Randy didn't find the growing point, which is good at this time of the year when a freeze could "zap" the life right out of the tender plant. 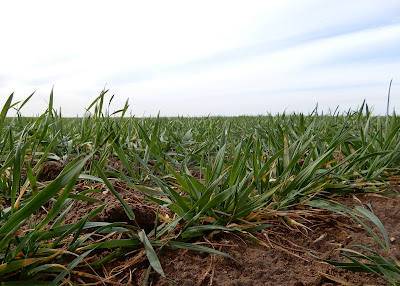 Mother Nature will ultimately decide. All the technology, all the college courses, all the passed-down knowledge means zip if the weather doesn't cooperate.

But the rain sure brightened some attitudes and helped inject a little positivity in small town Kansas! 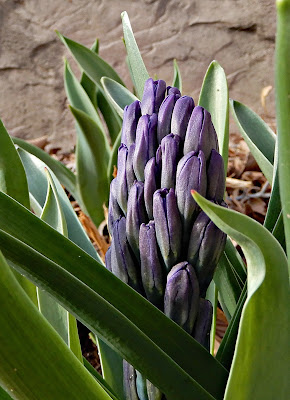 The rain also gave a boost to the spring flowers outside my front door. 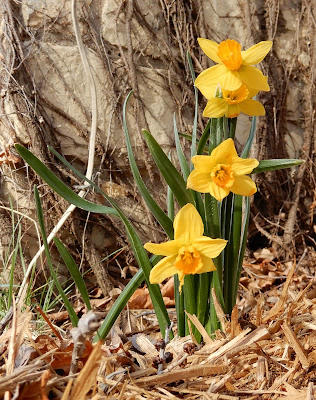 They say "April showers bring May flowers." Those March rains do wonders for early spring blooms, too! 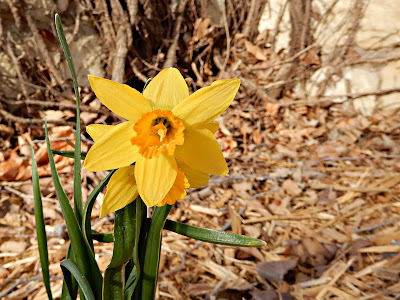