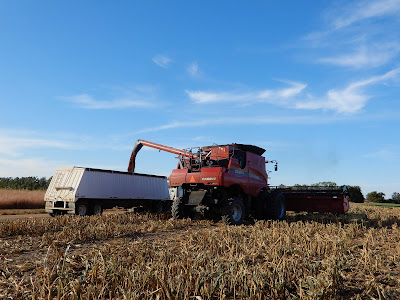 Say "harvest" in a room of farmers and it could be a little like shouting "Fire!" in a crowded theater. 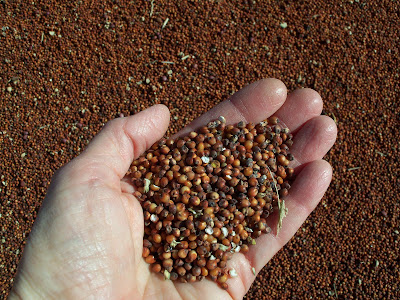 However, milo harvest on our farm this year was anticlimactic. While Kansas grows more sorghum than any other U.S. state, here on the County Line, we are not contributing much to the total. 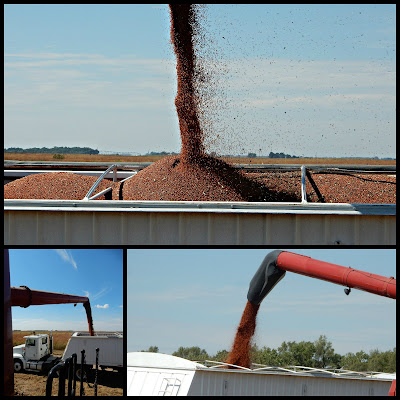 In 2014, Kansas ranked first in grain sorghum production in the U.S. with more than 200 million bushels grown, which equated to more than 40 percent of the country's total production.

The use of sorghum for human consumption is being developed further in countries where malnutrition and hunger are prevalent. Kansas State University College of Agriculture Ag Report says:

In the Mara Region of Tanzania, one of the most starved areas of the world, K-State grain scientist Sajid Alavi is part of a research team working to improve child nutrition and health by providing a sorghum-soybean porridge blend to children younger than 5. ... While the results of the five-month study are yet to be finalized, Alavi said the early indications are that children were more healthy and had average growth rates.

But milo is getting some additional traction in the U.S., too, as consumers seek gluten-free alternatives. On a Discover Kansas trip with our Kansas Master Farmer Homemaker group a couple of years ago, we toured NuLife Market in Scott City. 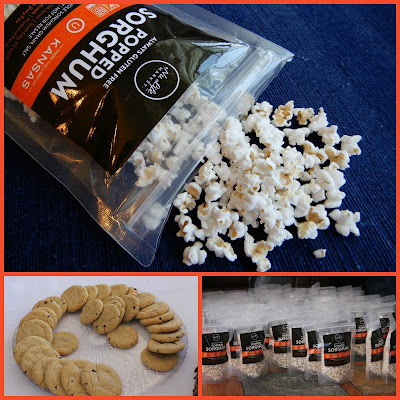 NuLife Market Founder and President Earl Roemer gave us a tour. Earl’s family has farmed in the western Kansas for four generations. For years, his family grew grain sorghum – also called milo – as a feed grain crop for livestock. But then Earl began exploring how sorghum could be a human food source, especially as more and more consumers wanted gluten-free products. Sorghum has no gluten.

He admits that the early grain sorghum products “tasted like cardboard and the texture was like sand.” In 2007, Earl founded NuLife Market in Scott City to produce and market sorghum-based products and sell sorghum ingredients to other food companies.

NuLife uses sorghum grown in the region, providing value-added opportunities for area farmers. And now NuLife supplies sorghum and sorghum products for companies like Kashi, Bear Naked, Go Lean and Annie's Organic, just to name a few. Their sorghum products can be found in more than a thousand products, such as gluten-free baked goods, cereal bars and snacks, represented by some 80 brands. Nu Life Market is shipping its products coast to coast and beyond.

Our little milo crop just travels a few miles to the Zenith branch of the Kanza Co-op. Some of the milo in our area goes to the ethanol plant near Pratt. 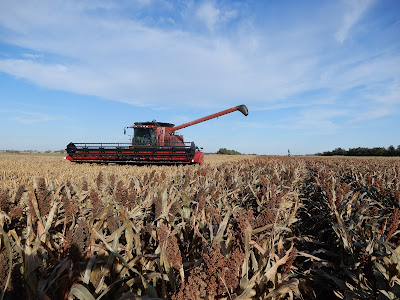 We only had 95 acres of milo, so it only took a couple of afternoons from start to finish. 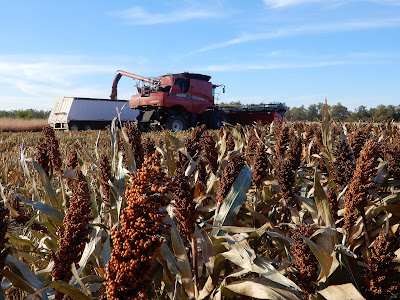 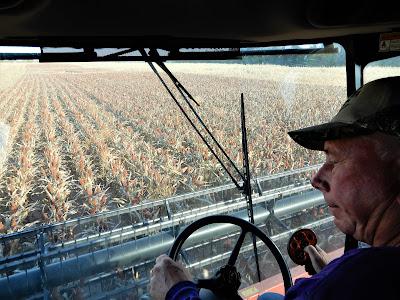 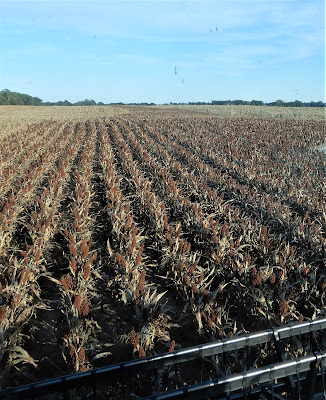 I came home from an afternoon meeting and decided I'd better go ride the combine if I wanted to experience milo harvest at all this year. A parts run took me away from the field the other afternoon.

Compared to wheat, the whole life cycle of milo is much shorter, too. Randy planted the crop in early June. 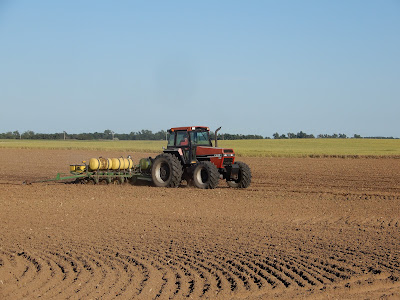 By June 13, it was up and growing.
By August 23, when I took the photo below, the milo was headed out and starting to turn. 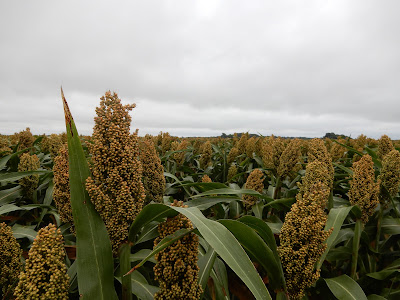 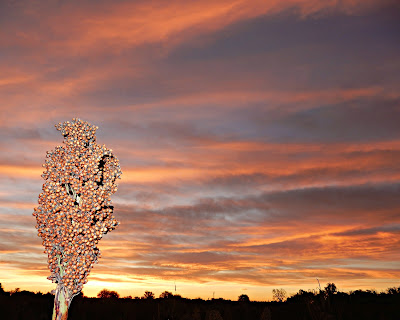