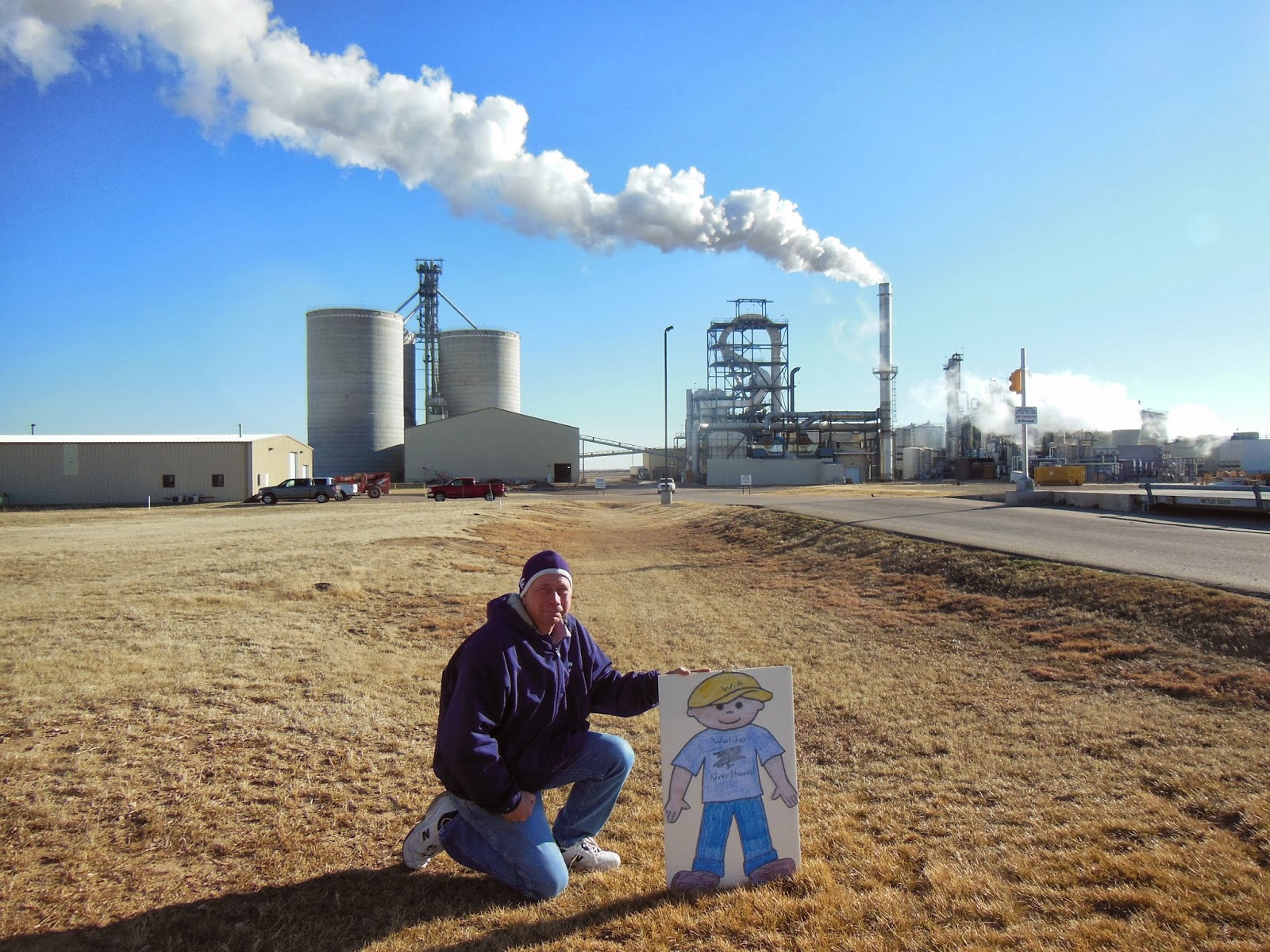 It's not every day that Randy and I tour an ethanol plant. So we were glad to share that experience with Flat Aggie.

After being shut down and idle for more than five years, the ethanol plant in Pratt is back in business under the ownership of Pratt Energy, a partnership between The Scoular Company and Pratt Biofuel Investors (PBI). Pratt Energy is operating the plant and marketing the ethanol, while Scoular is buying the milo and corn to produce the ethanol and marketing the wet and dry distillers grains, a co-product of ethanol production.

Scoular purchased the 55-million gallon plant and adjoining 1.8-million bushel grain facility in 2011 from Gateway Plant LLC. The Gateway ethanol plant had originally opened in 2007, but an ice storm in December 2007 and other management difficulties caused the plant to go bankrupt and close.

In December 2012, Scoular sold a portion of its interest in Pratt Energy to Pratt Biofuels, which has related ownership to Calgren Renewable Fuels. Renovations were completed by late summer 2013, and the plant began grinding grain and producing ethanol in early September 2013.

Lyle Schlyer, president of both Pratt Energy and Calgren Renewable Fuels, gave us our tour at the Pratt plant. Schlyer said the Pratt plant is patterned after a nearly identical plant in Pixley, Calif. Calgren successfully renovated the Pixley plant in 2009 and continues to operate it today.

Area farmers and cooperatives are hauling milo and corn to the plant to be converted to ethanol. When they arrive, the grain is tested for quality using probes. 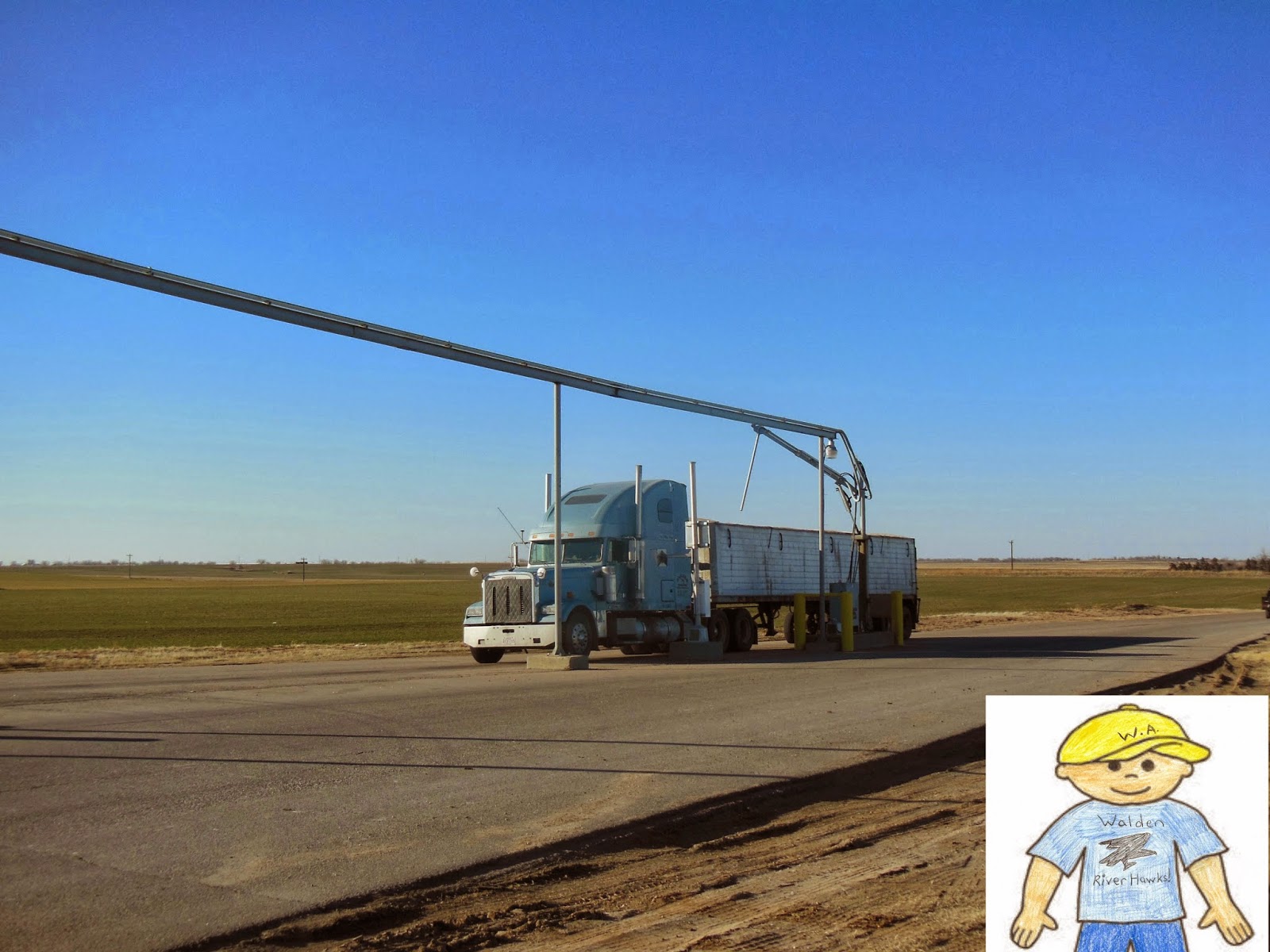 The truckers then take their trucks to be unloaded in the elevator. 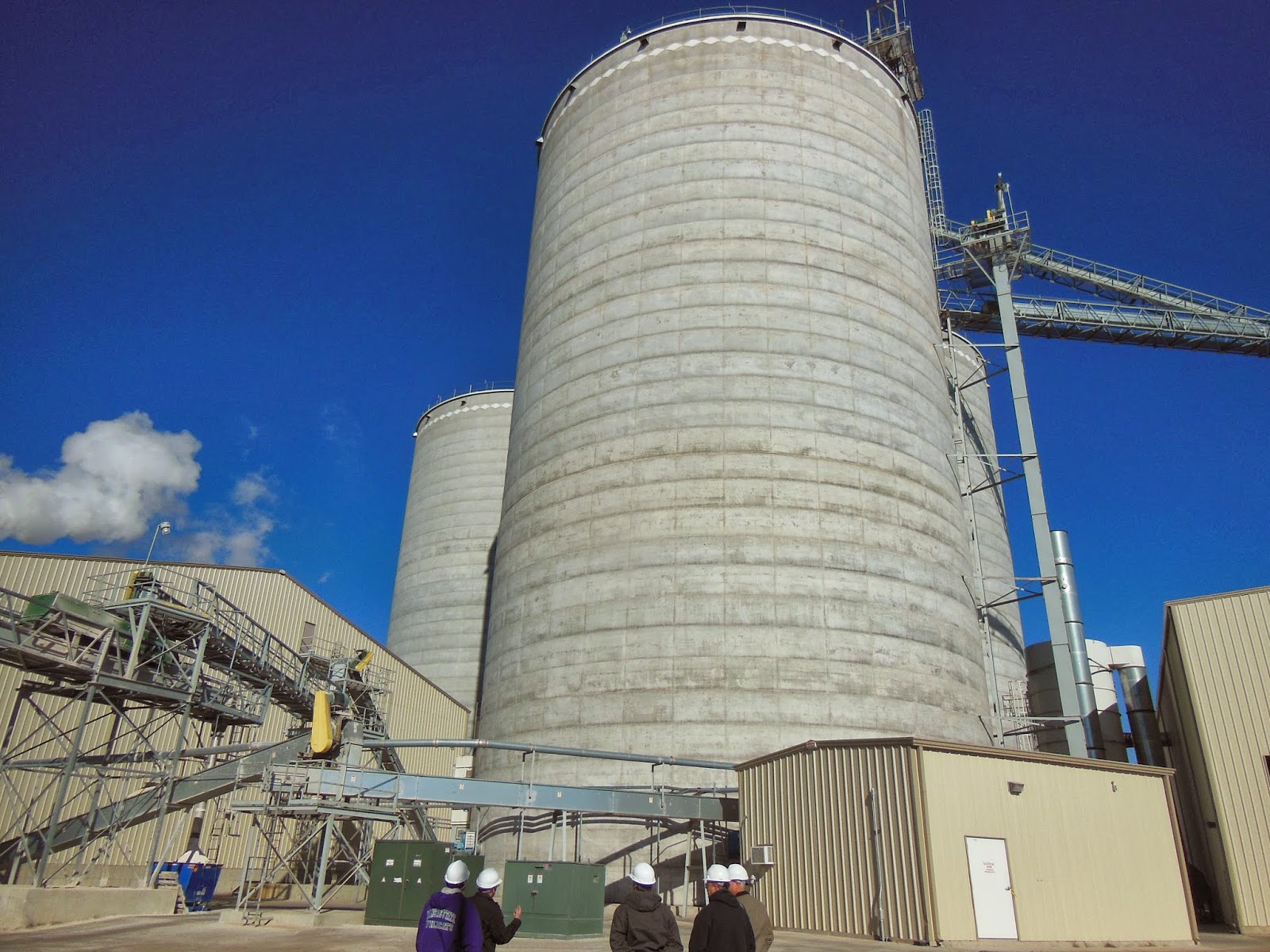 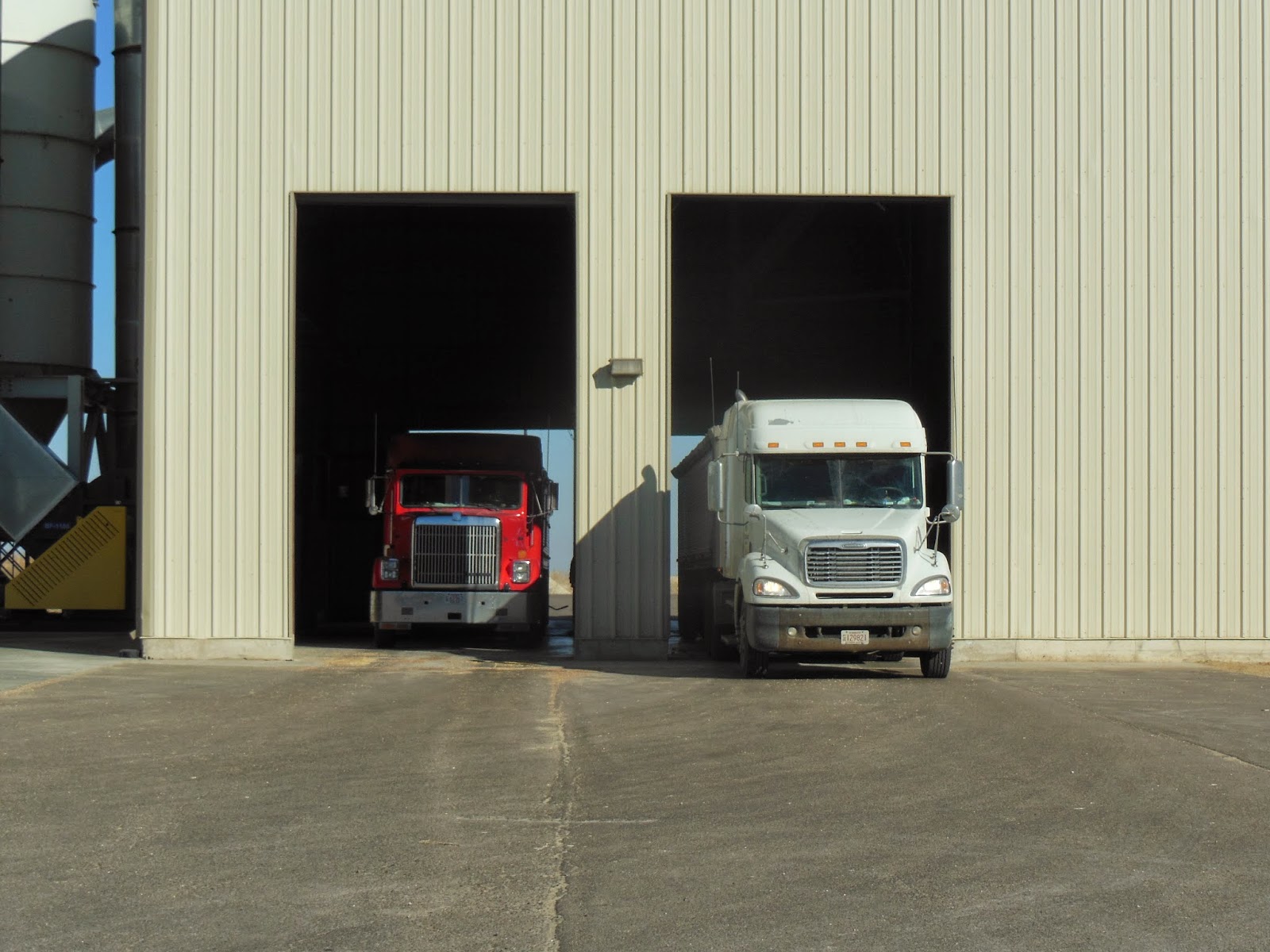 Two trucks can unload at one time, which we saw during our tour of the plant.The plant buys most of its corn and milo from nearby counties, with 70 to 80 trucks delivering around 55,000 bushels of grain a day. The plant plans to use about 20 million bushels of feedstock (corn and milo) per year, with most of it being sourced by truck within 30 to 75 miles of Pratt. However, if needed, Scoular can bring in grain via unit trains. The facility is located on the Union Pacific Railroad and can ship or receive 100-car trains of grain, as well as load out the same size trains of dried distiller grains or ethanol.

Right now, the ethanol blend ratio is about 60 percent corn and 40 percent milo, but the plant tries to use the grain that is most economically feasible, said TJ Mandl, Scoular’s local manager who oversees the company’s Pratt business.

We got to see inside the ethanol plant, but Aggie and I can't reveal any trade secrets for the process. (We didn't understand them anyway!) 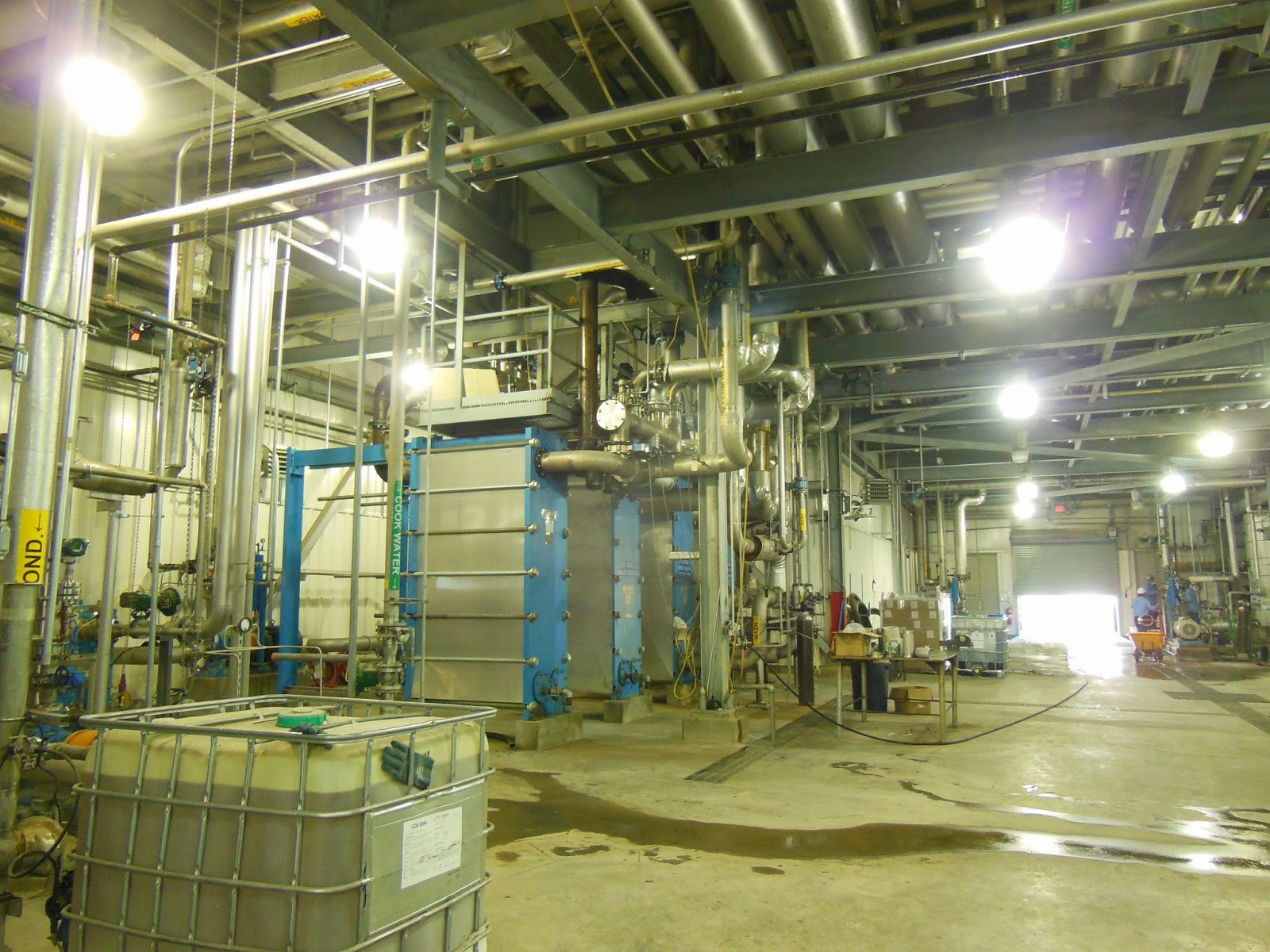 Aggie and I thought that the office looked like Mission Control. Two workers were sitting at computer terminals with several monitors. They were watching to make sure all the processes were going smoothly and watching for the correct temperatures as the grain ferments and is transformed into fuel. 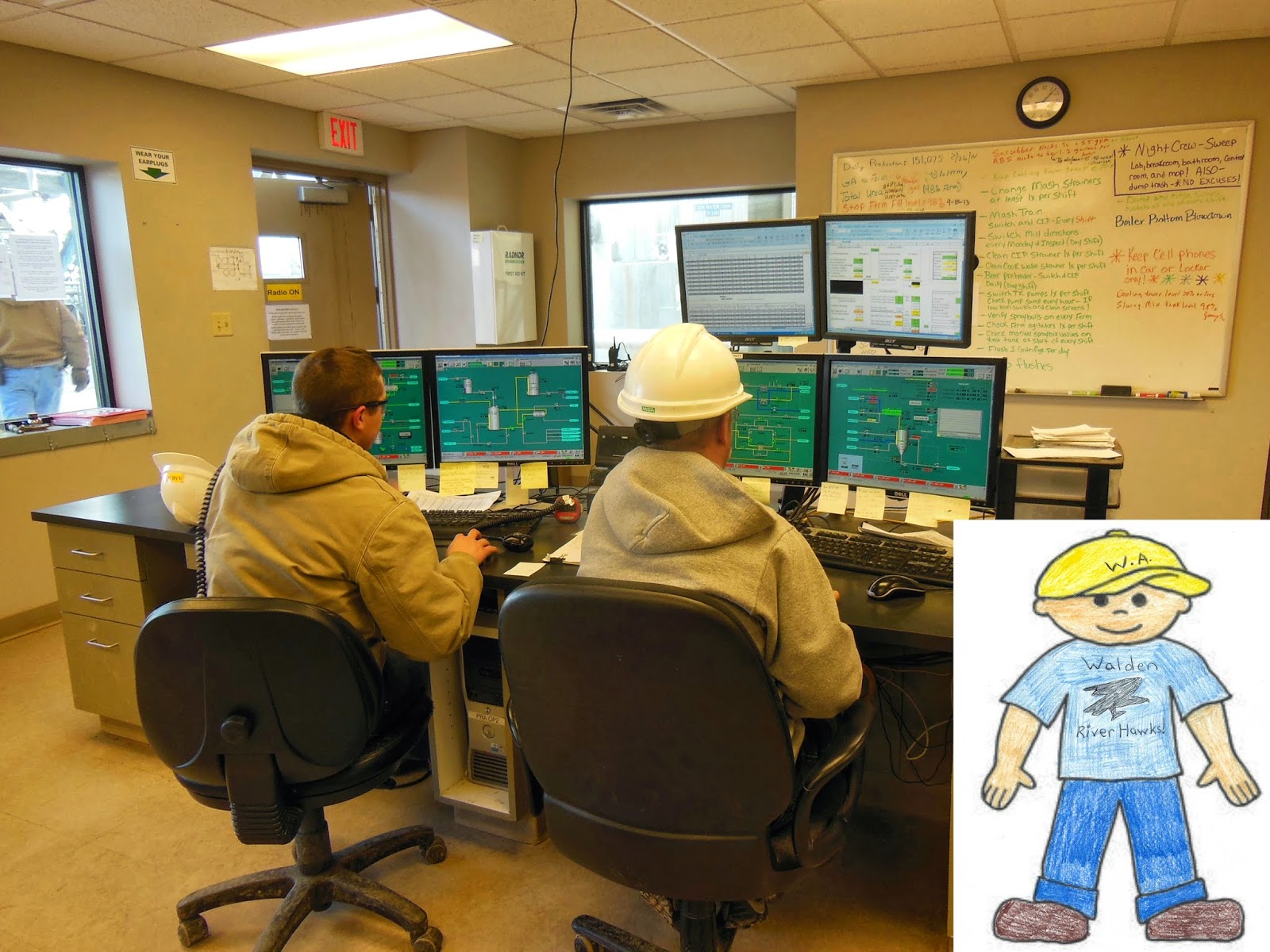 Pratt Energy sells the ethanol largely in the Wichita, Oklahoma City, Tulsa and surrounding markets. Before the Pratt ethanol plant went online, most of the ethanol sold in southern Kansas and Oklahoma came from outside the region. 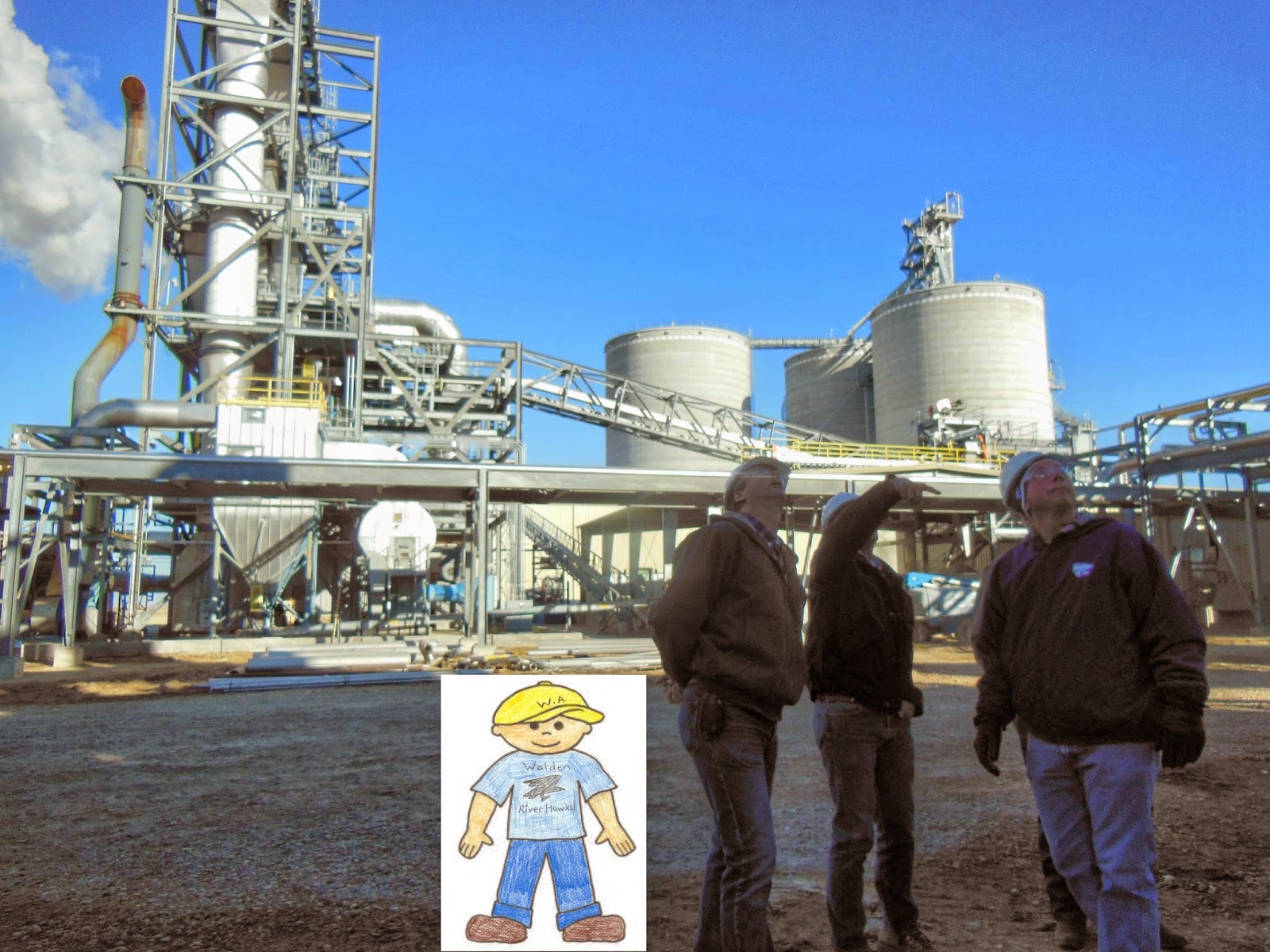 While it may look like the plant is polluting the air, it's not. That is just steam - or water vapor - from the plant. 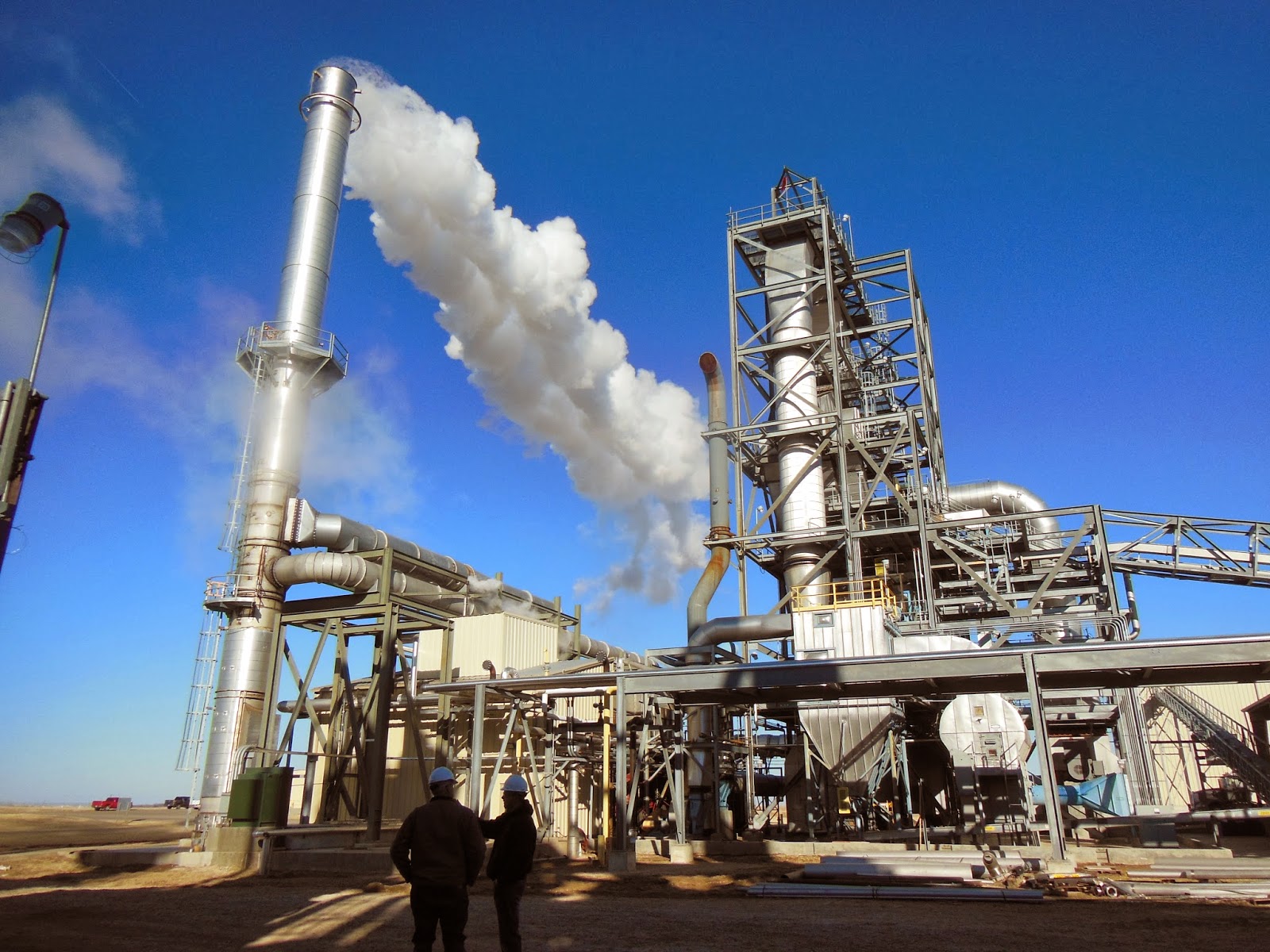 Pratt Energy employs 34, and the Scoular Co. has a workforce of eight to 10, so having the plant operational has been good for the regional economy. It has also given local and area farmers and farm cooperatives another source to sell their grain.