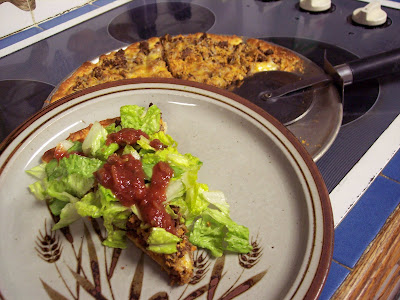 I wouldn't say I hold a grudge.

OK. I will say it. Sometimes I hold a grudge.

I will say I have forgiven this person, but I haven't forgotten.

Once upon a time, after I "retired" from full-time status at The Hutchinson News to raise my children, I used to judge The News' annual recipe contest. I always chose to judge Main Dishes because that's something I had to make every day anyway.

In 1989, I crowned Quick Crescent Taco Pie as the winner.

When I was shopping at my local grocery store, an older acquaintance commented on the contest and said, "That is something YOU would choose."

I read between the lines and determined she disagreed with my choice.

And even 21 years later, every time I make this dish, I wonder what she meant. Then again, maybe I read way too much into an innocent comment. It could happen.

I still contend the recipe is a winner. I have made it repeatedly since the contest results were released. It's a favorite with Randy & Brent (Jill, not so much, but 3 out of 4 isn't bad).

I have come to a new conclusion recently. I was a woman before my time. Anyone who watches the Food Network knows Sandra Lee. She does this show, Semi Homemade Cooking. She uses convenience products and puts her own spin on them.

Man, if only I'd thought of it first. Of course, it would have also helped to have flawless skin and flowing blond hair and live in New York City (Say it like the Pace commercial - New Yawrk City?! You know you want to!) And it would help to be able to design "tablescapes" for every meal. OK, on second thought, I probably wasn't a good candidate.

Here's the recipe in case you want to stoop so low as to use convenience products in preparing your supper. (As I have testified prior to this, a gourmet chef I am not!)

Quick Crescent Taco Pie
(This is my version:
I've tweaked it over the years)

Brown meat and minced onion in skillet; drain. Add taco seasoning mix (and water, if it's called for). Simmer for 5 minutes.

Spread the crescent roll dough on pizza pan, pressing the dough together to form a crust. 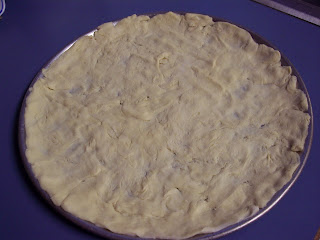 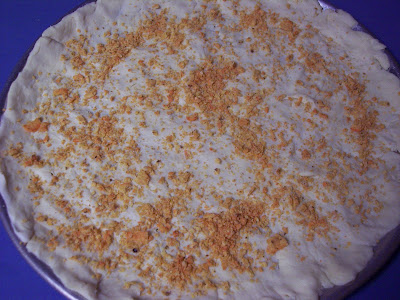 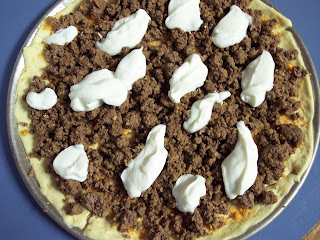 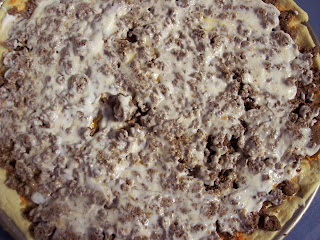 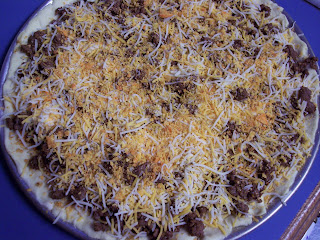 Bake at 400 degrees for 8-10 minutes until the cheese is browned and the pizza is bubbly. 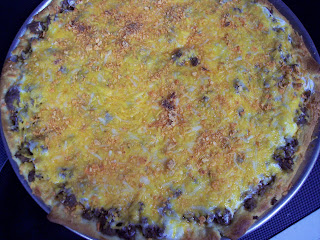 Serve with lettuce, tomatoes, olives, etc. (As it shows in the photo at the very top.)

Email ThisBlogThis!Share to TwitterShare to FacebookShare to Pinterest
Labels: Recipe