Being Short Is No Joke 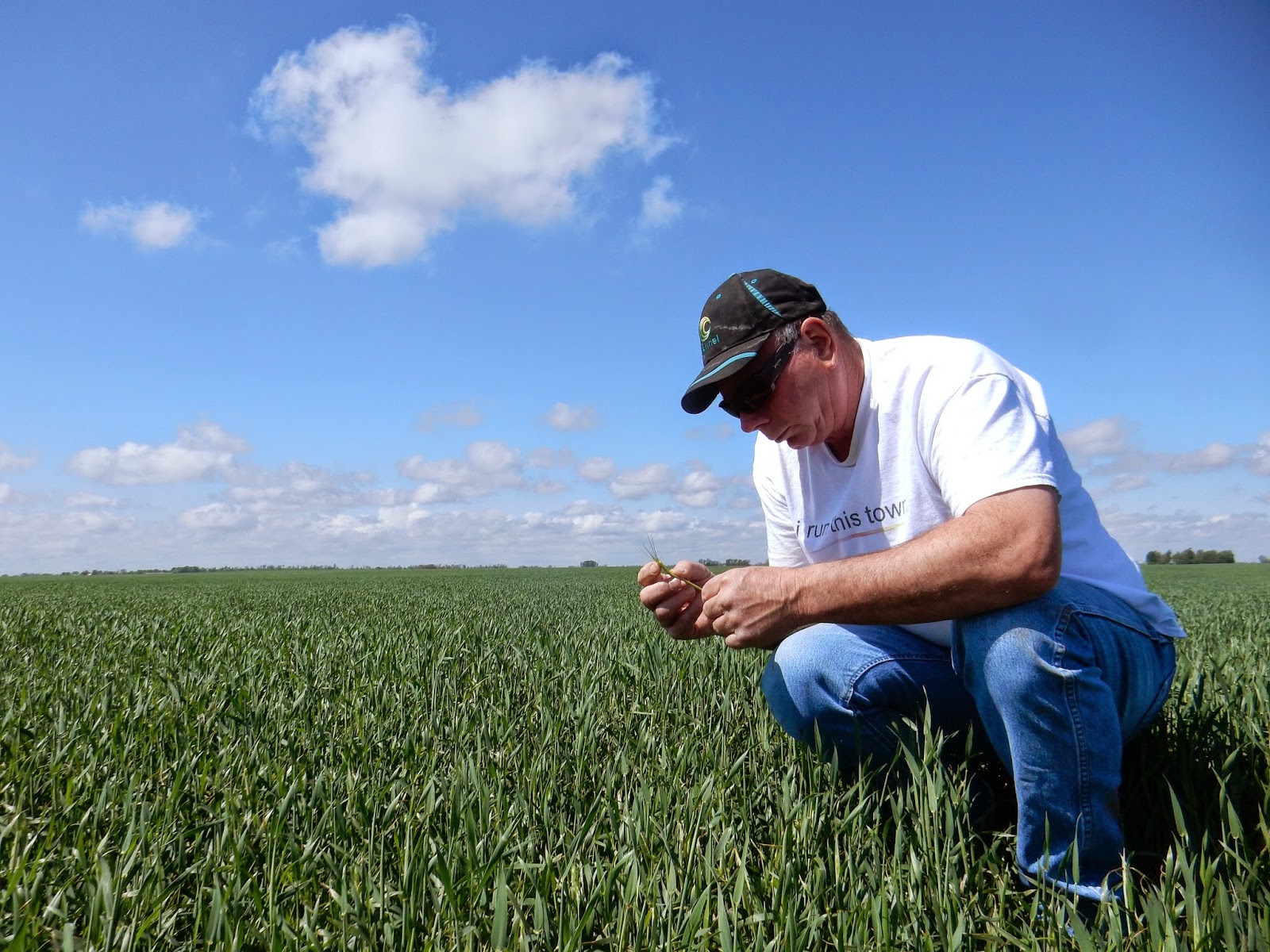 Being short is no joke. Our 2015 wheat crop is "height-challenged," due to lack of moisture through the fall and winter.

And while we benefited from 3 inches to more than 8 inches of rain during the past few days, depending upon the location, the moisture likely won't make the crop a whole lot taller. The shorter crop means the combine header will have to stay closer to the ground, making it a little more difficult to harvest the crop when the time comes.

The rain came with some hail at one of our fields north of Stafford. Hail stripped part of the stalk, revealing the wheat heads in boot stage. 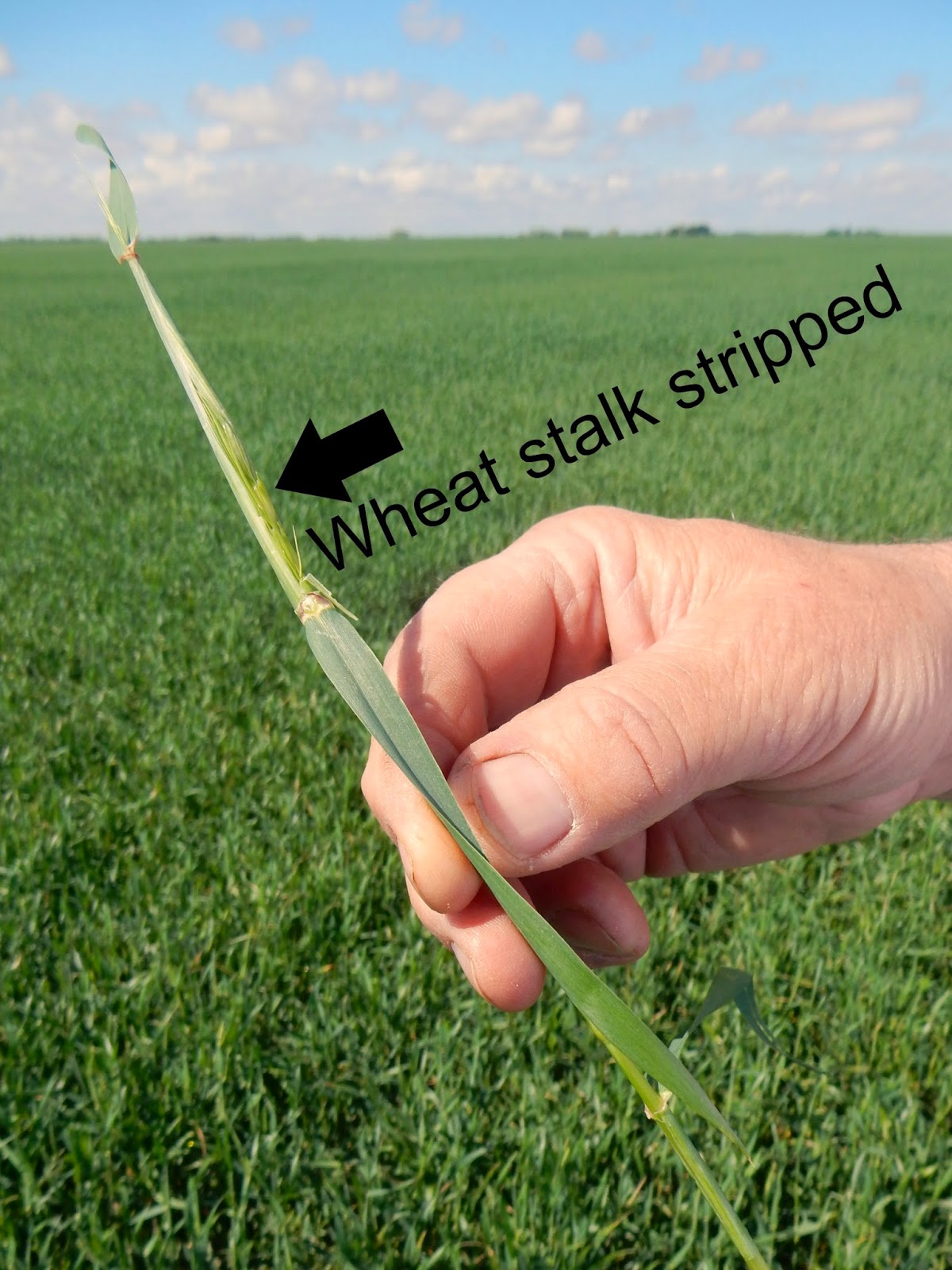 We must not have gotten hail on the west end of the same mile-long field. At that end, the head was still in the "boot," where Randy is pointing in the photo below. 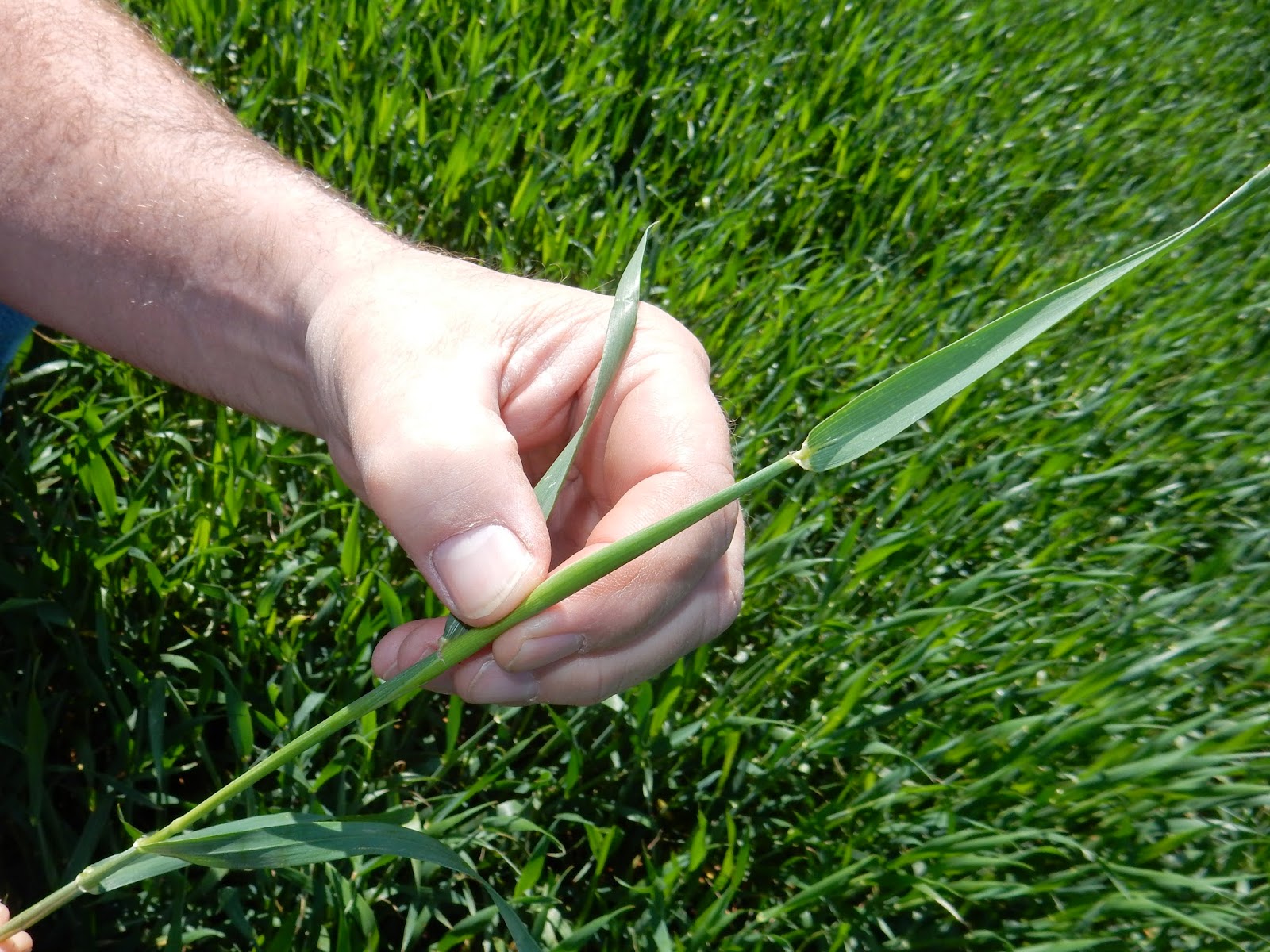 Below, he used his fingernail to break the stalk and reveal the head. It won't be long before all the wheat will be heading out. 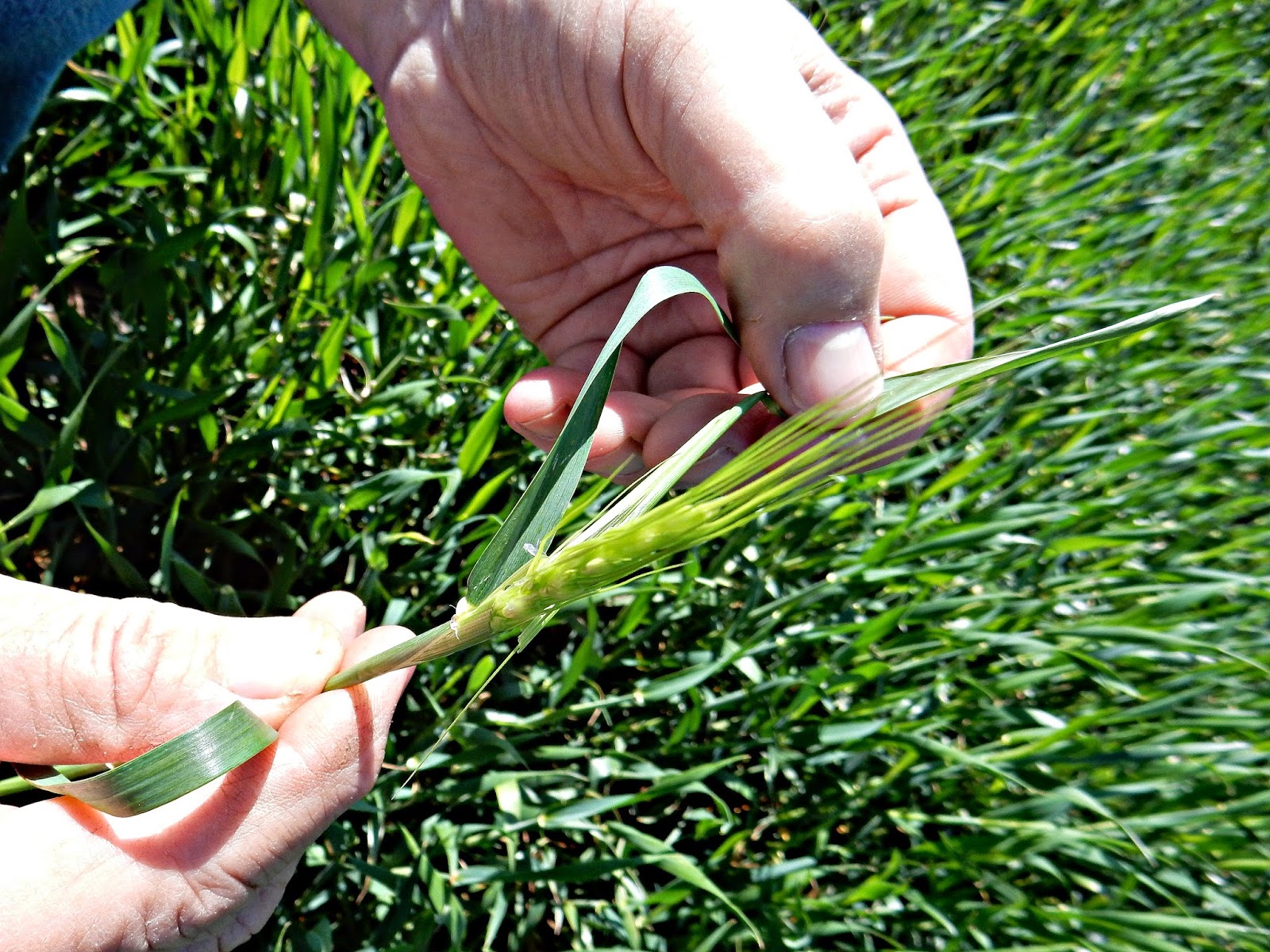 The rains brought some relief to the state of Kansas, 93 percent of which has been classified in some form of drought. Some 70 percent of the state is listed in moderate to extreme drought. 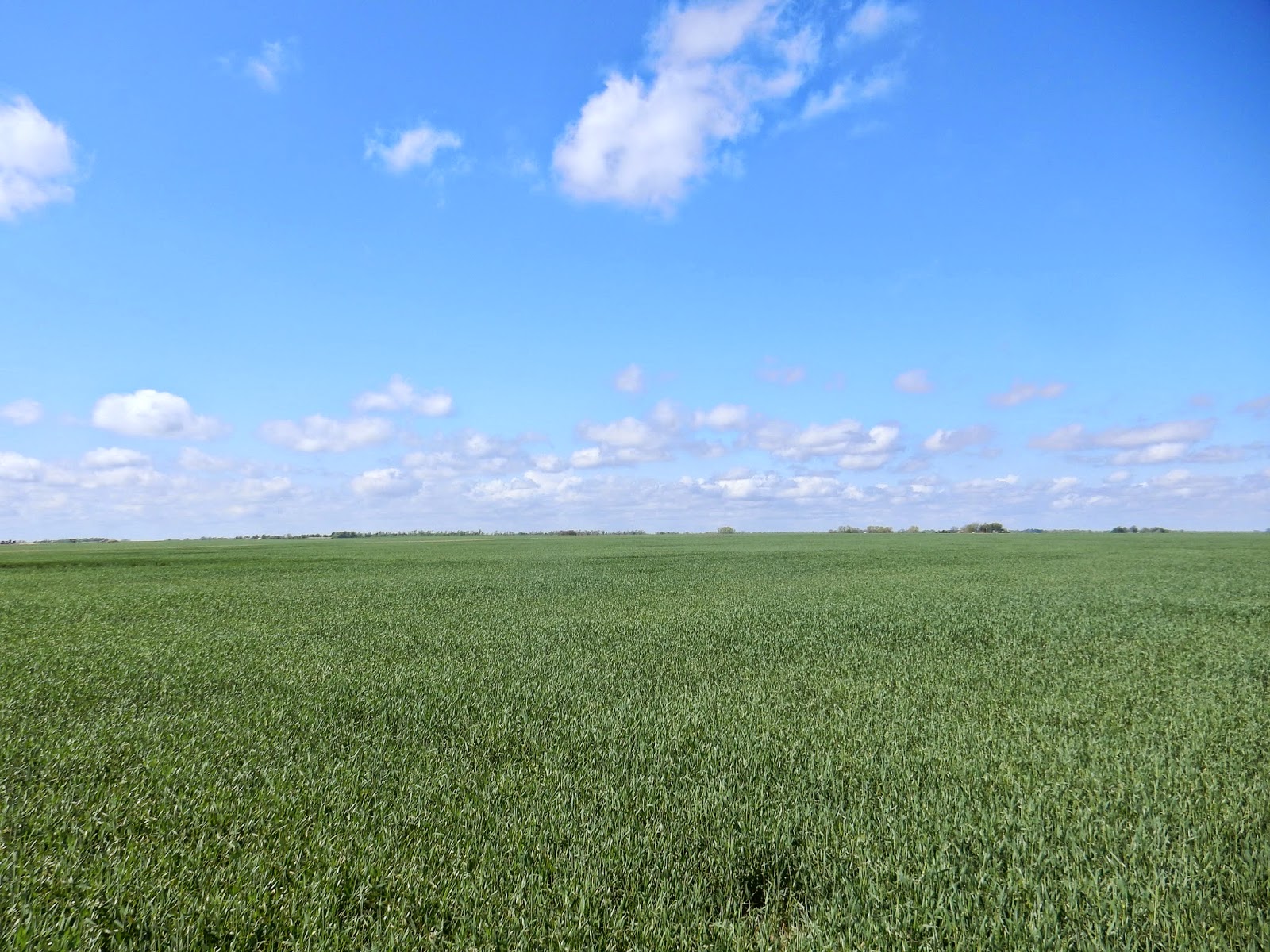 As with most farmers in the South Central part of the state, we had enough moisture to get the wheat up after it was planted last fall.
In fact, we had a nice 3.20 inch rain soon after planting, giving the crop a good beginning boost.
However, we had very little snow or other moisture this winter, and the spring had been dry before the rains that fell, starting last Thursday.

“It’s definitely a million-dollar rain. Unfortunately, not everyone got it. One rain isn’t going to save the wheat crop. It is sure welcome, but this crop isn’t made yet.” 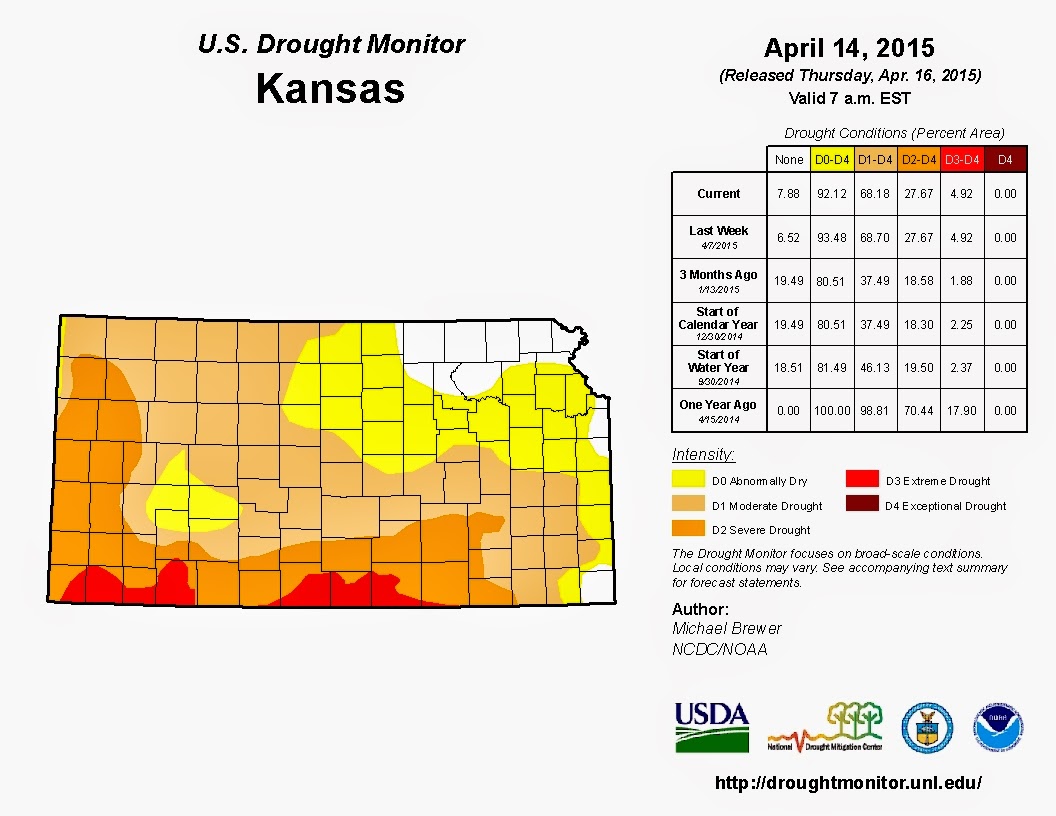 The Kansas Agricultural Statistics Service reported last week that 28 percent of the state's wheat is in poor to very poor condition. The agency rates another 46 percent as fair and just 28 percent as good or excellent.

Time will tell.
We shall see.

Choose whichever worn-out axiom you'd like. But for now, we're thankful for the rain.
Posted by Kim at 7:45 AM