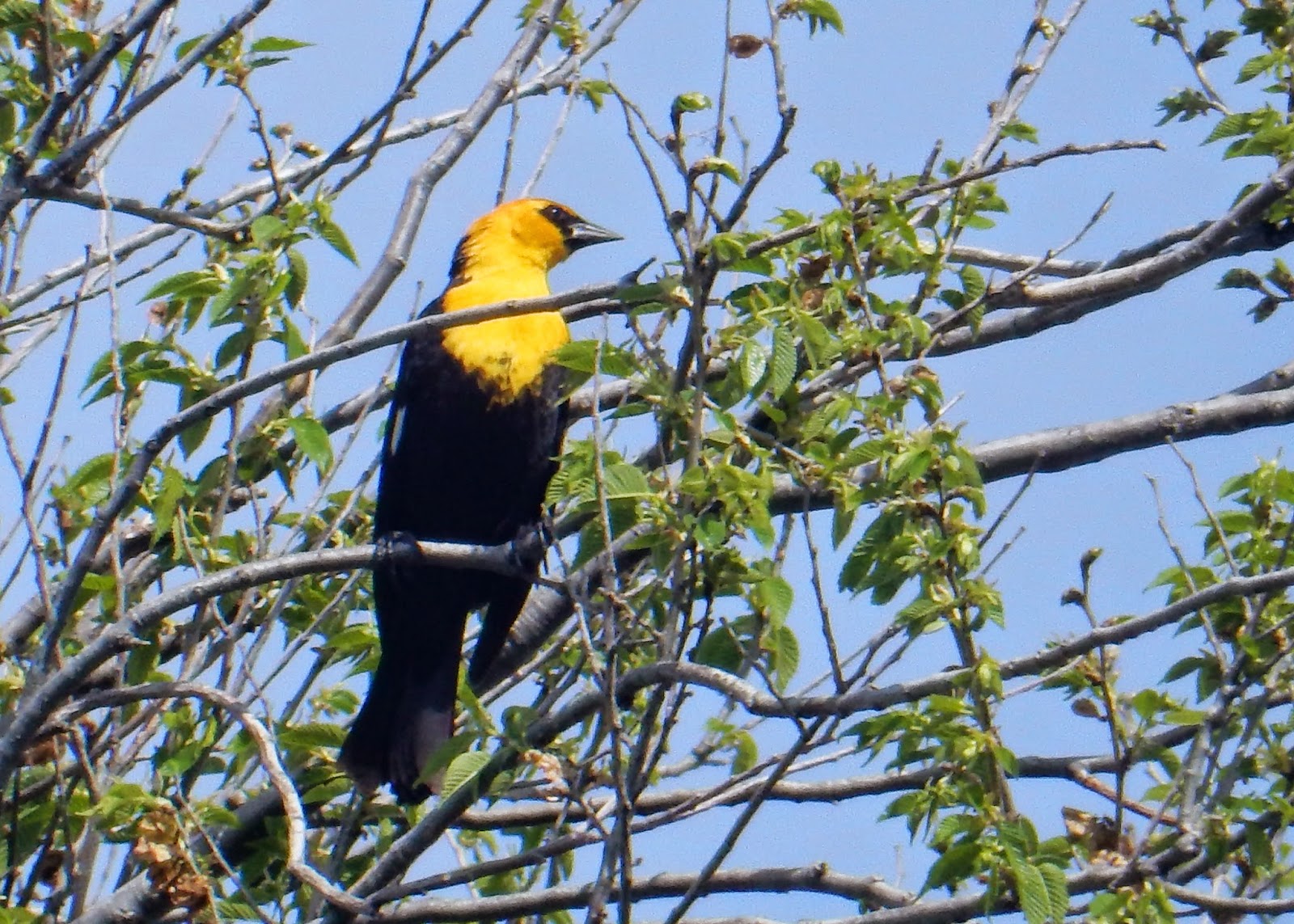 Who needs "Swan Lake" when you can experience Blackbird Ballet?

With a call that's been described as sounding "like a rusty farm gate," the symphony of my Blackbird Ballet may not have Tschaikovsky's staying power in the classical music world. But it is certainly a colorful dance and fortissimo musical rendition.

The past few mornings, the treetops in my front yard have been filled with yellow-headed blackbirds. I was a little afraid I'd landed in a scene from Alfred Hitchcock's "The Birds." I saw that movie when I was in elementary school. It may be why I've never liked horror films. Thankfully, they weren't dive-bombing me like in the movie. But they sure raised a racket. 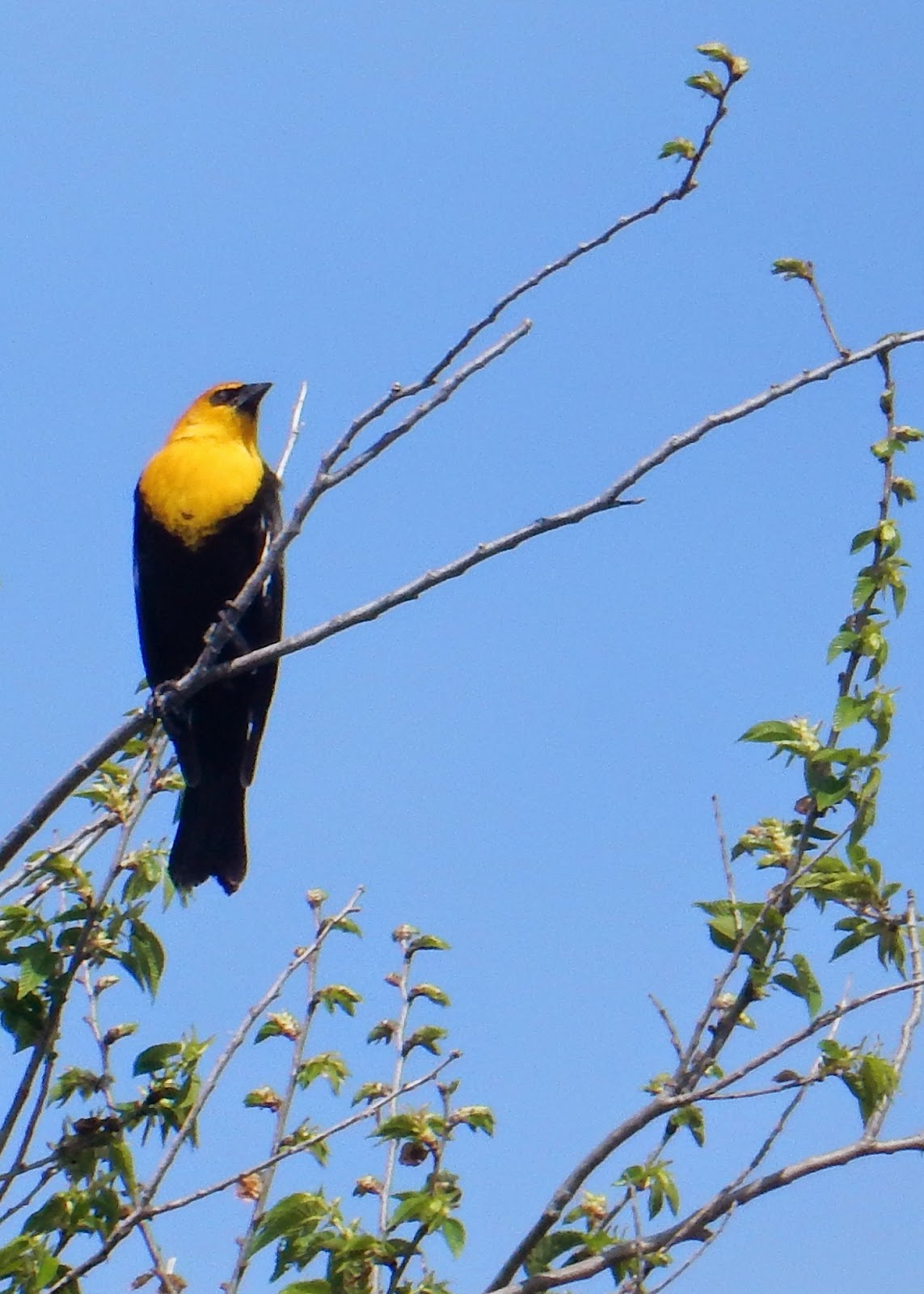 Randy had seen a bunch around the cattle corrals earlier in the week, and he called from Jake's house to say there were more there. I was headed to the car to drive down there to see them. But I decided I didn't need to leave my yard to experience the yellow-headed blackbird invasion.

They are evidently camera shy like me. They kept to the tippy-top of the trees, singing their little hearts out in a cacophony of noise. They swooped from one branch to branch and tree to tree in a bird-like ballet. 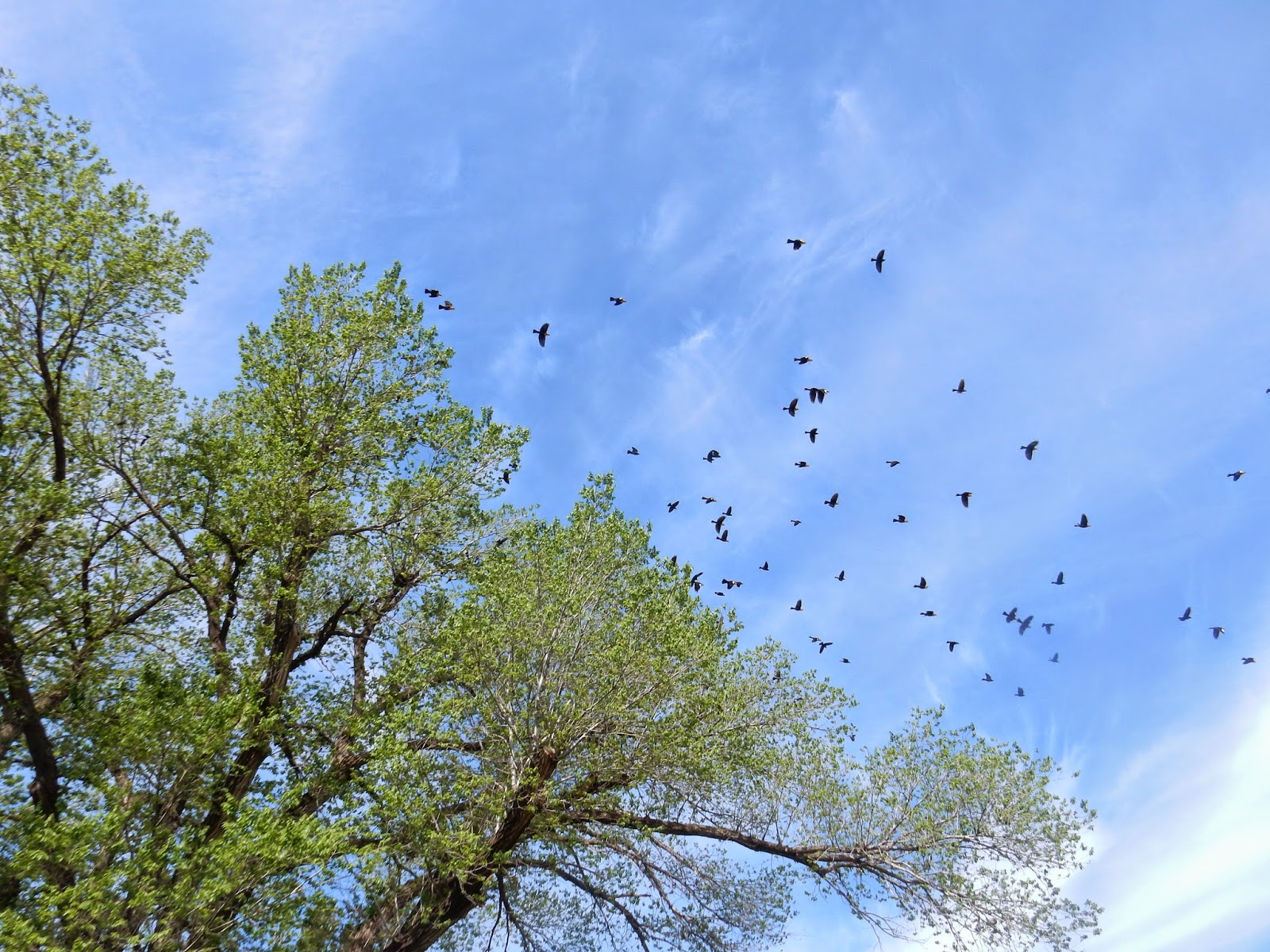 My friend, Pam Martin, who works as an educator at the Kansas Wetlands Education Center at Cheyenne Bottoms, said they migrate to Kansas in mid-April and leave for the winter in September. Before pairing off and rearing young, they gather in big flocks and often feed at cattle yards. They nest in the cattails at Quivira National Wildlife Refuge and Cheyenne Bottoms.


"We have great flocks of them here at the Bottoms, so many they look like dandelions in the fields."

I wish I'd thought of that poetic description!

As I've said before, I don't have a fancy camera, so it's hard to get portraits of my winged friends. While I was pointing my camera up to the treetops, I noticed another visitor on a line nearer to the ground. I snapped a photo and also sent it to Pam for identification 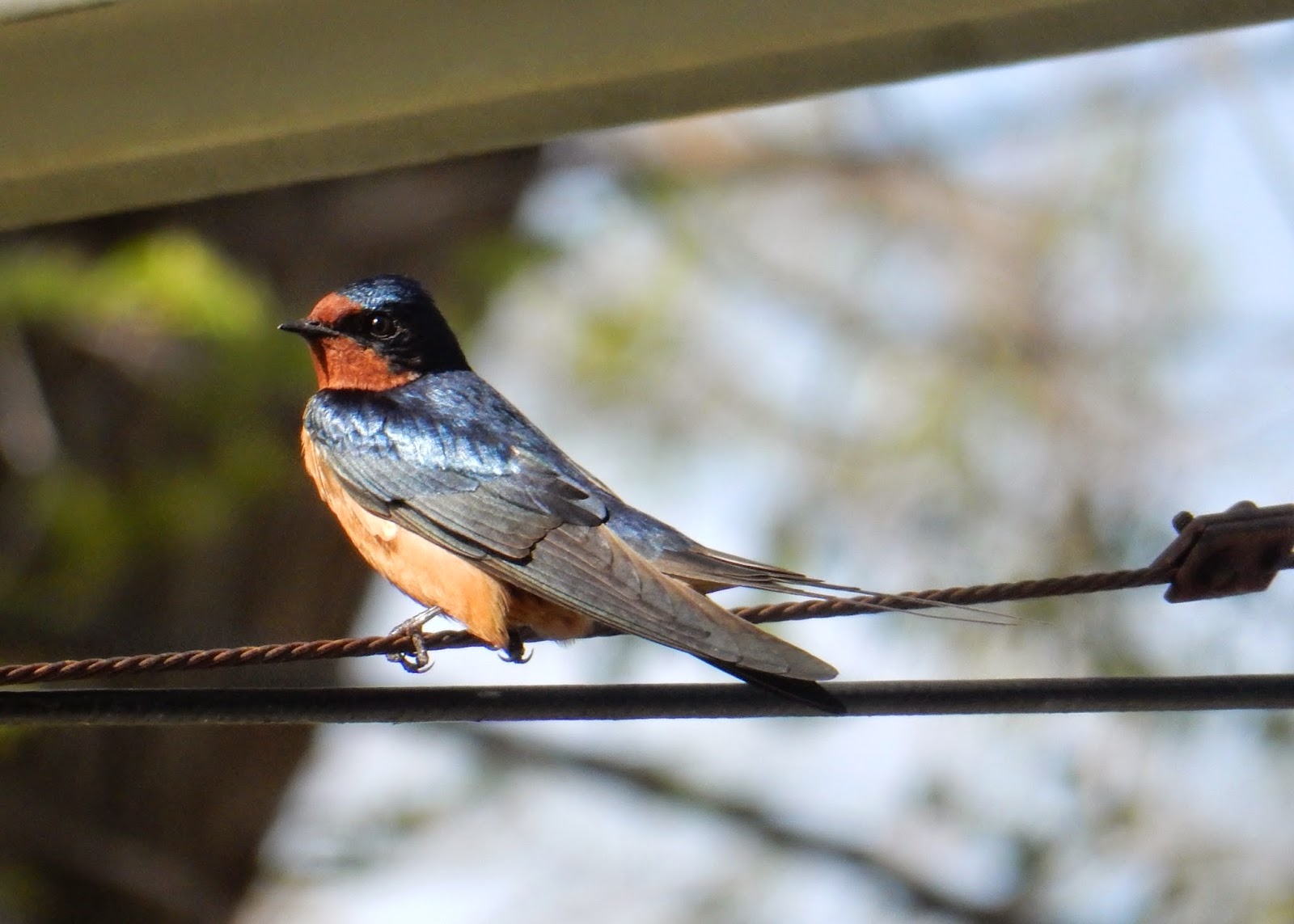 She says this guy is a barn swallow - not exactly an exotic visitor. Who knew they were so pretty! They usually dart around so quickly, catching insects mid-air, that I've never seen their pretty plumage. When I'm at the barn, maybe I'm too busy dodging cows to notice the bird's feathers as they swoop over my head.

Pam says, "In Ohio, it was considered good luck to have them next to your barn!"

As good educators do, Pam prompted me to do a little research on my own.


"If swallows nested in farm buildings, it meant well-being and good fortune for the owners. People believed that the presence of these birds protected farm animals from diseases and curses and buildings from fires."

I can always use a little bit of luck, well-being and good fortune, especially as we begin three days of working with cattle this afternoon!
Posted by Kim at 7:52 AM