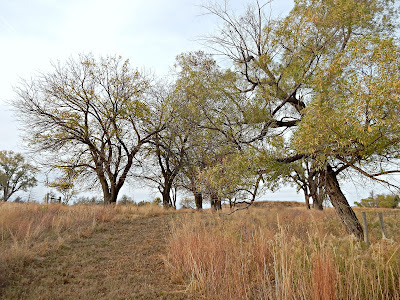 Sometimes, we need to turn down the volume on the world. Candidates for the highest office in our land seem to believe we can hear them only when they are shouting. Negativity and name calling are the modus operandi.

And it's not just those running for office. I watched a segment on 60 Minutes Sunday night called "The National Mood." A CBS News/New York Times poll had found 82 percent of likely voters were more disgusted than excited about the election. So 60 Minutes asked public opinion analyst Frank Luntz to put together a focus group to talk about it. He chose 23 people representing all aspects of the political spectrum, all aspects of economic life and all age groups.


I was looking for people that could have a legitimate conversation about these presidential campaigns and not just totally smear this candidate or this candidate. And here is my problem. ... It took two minutes for them to explode. It took five minutes to actually get to the point where I lost control.

I can relate. People on my Facebook feed have "shared" nasty things. These are people who are normally kind, compassionate people. So I've pretty much gotten to the place where I just scroll by anything and everything political. It's my version of putting my fingers in my ears and humming, "la-la-la." 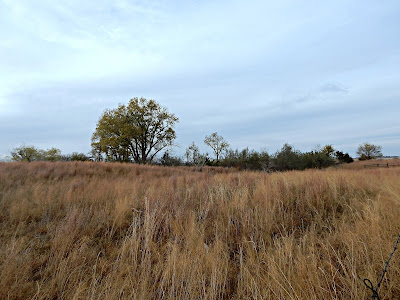 Last Friday afternoon, the veterinarian got done working calves, and there was an hour before we needed to get the feeder calves into the pens for the night. We could have gone home to watch the news. But we opted for a trip to nearby Quivira National Wildlife Refuge instead. 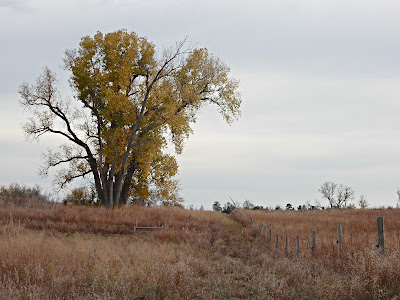 That's not to say it was totally quiet. As we walked beside the kids' fishing pond, the mosquitoes were dive bombing and buzzing in our ears. Birds called to one another as the day faded into dusk. 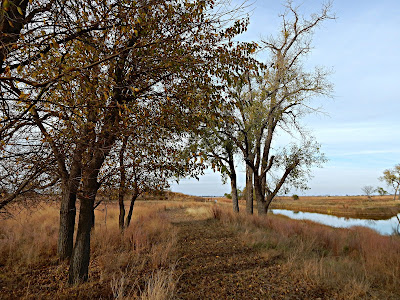 But it was certainly more peaceful than listening to more political rhetoric ... or trying to get cattle to move down a lane. 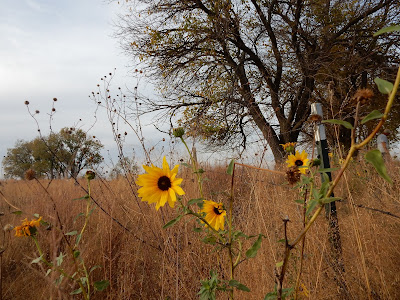 Even with the unseasonably warm temperatures, I was surprised to find a few of summer's sunflowers still decorating the landscape ... while at the same time, autumn-tinged grasses captured the fading "flowers of fall" that had fallen from the trees. 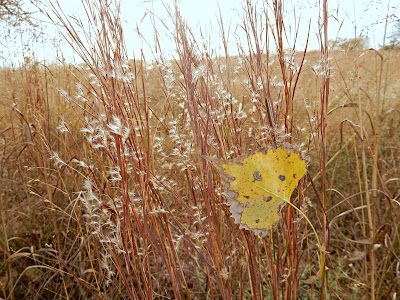 Some were a little worse for the wear: They seemed battle worn, kind of like I felt after an afternoon of working cattle. 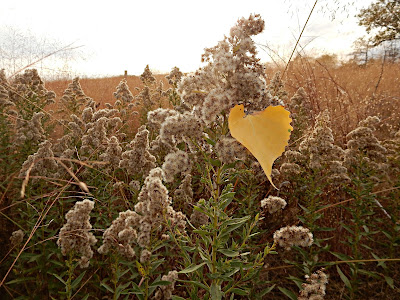 But another leaf looked unscathed. It seemed the color from the goldenrod - now dry and brown - had leached into this perfect heart-shaped leaf. See? There is beauty, even as a season fades. 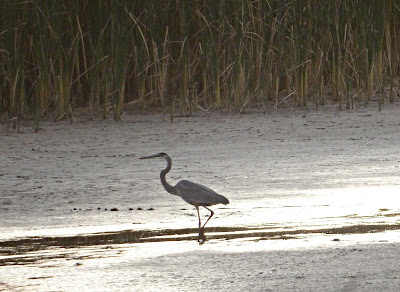 We go to the polls today. And even though I would prefer different presidential candidates, I hope my votes on all candidates and issues will ultimately reflect my gratitude for this way of life. 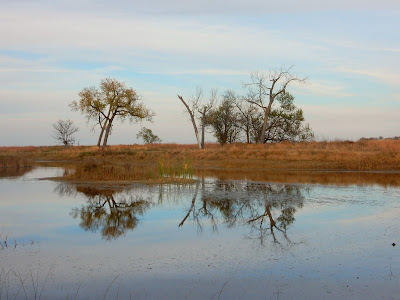 Even though I'm tired of all the political posturing on the national level - and, to a lesser degree, on the state level - I'm thankful for the opportunity to vote. 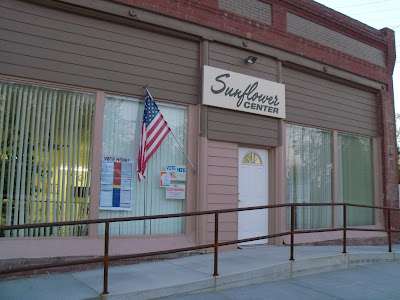 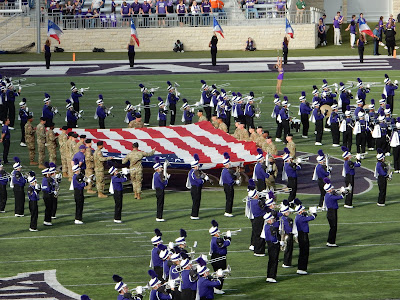 And no matter who wins the presidential election, I pray we'll come together as a nation. Let's not leave that to somebody else. May we all be gracious in victory or in defeat. And may we come together in ways that leave no doubt that we are, indeed, the UNITED States of America.

God Bless America
Irving Berlin
While the storm clouds gather far across the sea,
Let us swear allegiance to a land that's free.
Let us all be grateful for a land so fair,
As we raise our voices in a solemn prayer:

God bless America, land that I love,
Stand beside her and guide her
Through the night with a light from above.
From the mountains, to the prairies,
To the oceans white with foam.
God Bless America
My home, sweet home! 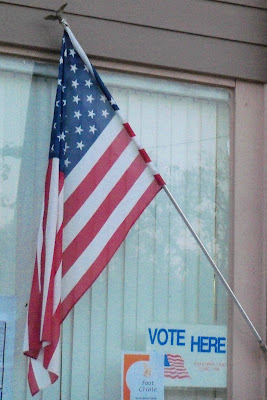