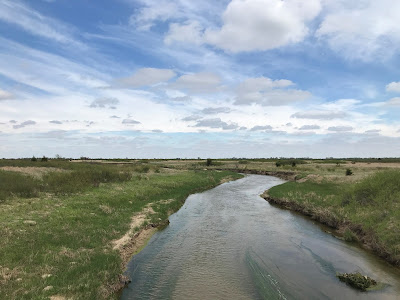 In 1900, Albert Brinkman bought acreage along the Rattlesnake Creek in Stafford County, Kansas. Brinkman, who was a great-great-great uncle of Randy's, paid about $4 an acre. Originally in a tract of 1,040 acres, 560 acres remain in the Fritzemeier family.

Today, Randy owns the pasture, along with his cousin, Don Fritzemeier. On May 1, we delivered cow-calf pairs and a bull to graze for the summer on the native pasture. Traditionally, we don't move cattle to the Big Pasture before May 1. Randy says that's because it his grandpa and his great-uncles wanted to keep it fair for everyone. So our Rattlesnake pasture delivery marked the final group of cattle to move to summer pasture this year. 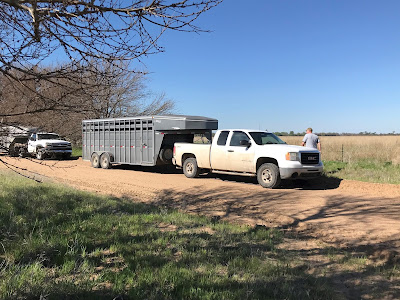 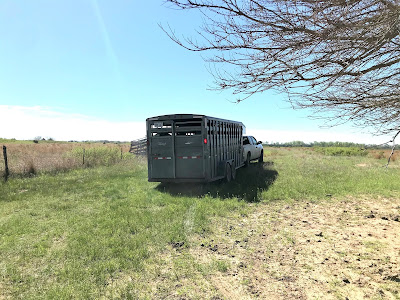 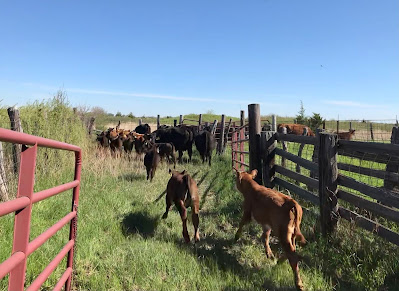 These babies were born in January and February. It's their first visit to this pasture along the Rattlesnake. But maybe their moms remember from other years. 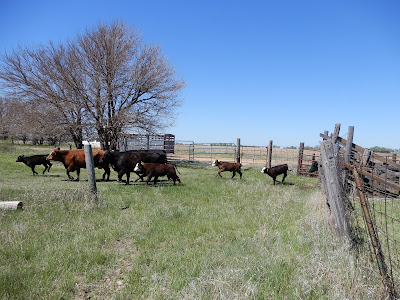 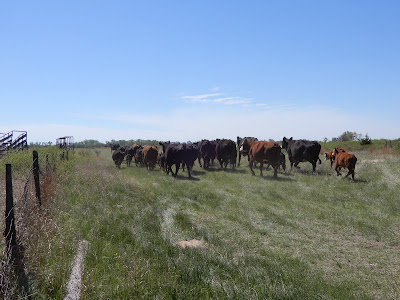 The next day, we went back to check on the herd. It looked like they were taking their Sunday afternoon nap. 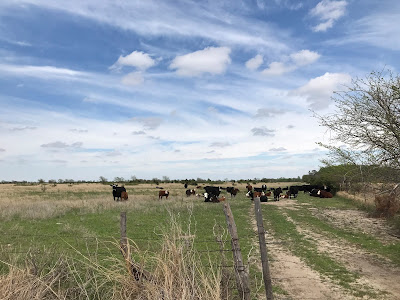 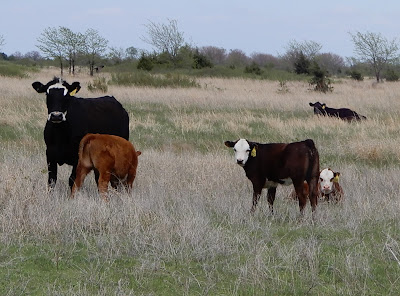 And I wanted to take some new photos of a sign we got about 20 years ago, identifying this pasture as a Farm Bureau Century Farm. 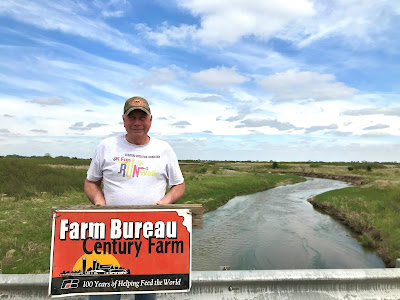 With a trailer attached and work to do, we didn't take time to snap pictures on the bridge as we made the delivery. But as I stood on the bridge and looked east the next day, I marveled at the picture postcard beauty that Randy's family has been privileged to nurture for 121 years.

Randy has been making the journey to the pasture since he was a little boy. He rode shotgun as his Grandpa Clarence and his Dad Melvin delivered calves to the pasture.

Two generations ago, Randy's Grandpa Clarence owned the pasture with his brothers, Ed and Harve.

Things have changed markedly in those 120+ years, whether talking farming or the world in general. So having a tie to the past is unusual in this disposable world we live in today.

I miss the cottonwoods that used to line the road that's not much better than a cow path. I understand the reasons for taking them down several years ago, but I miss seeing those cottonwoods that were probably there when Albert Brinkman bought the ground so long ago.

Below, here's a September 2018 photo, which shows that most of the trees are gone. 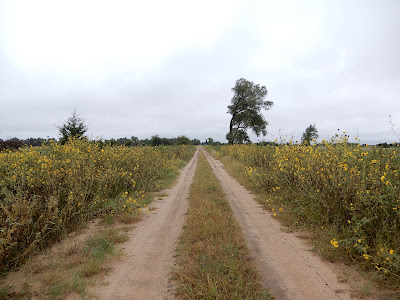 But even without the stately old cottonwoods, there is plenty of beauty to enjoy. On days like that Sunday, I marveled at God's handiwork on display and felt so blessed to have been a little part of it for 40 years. 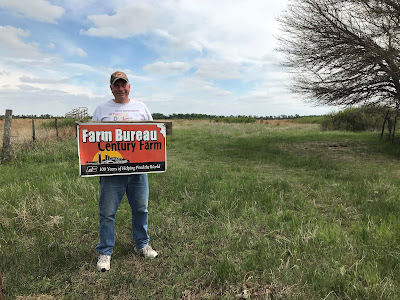 The Big Pasture - as Randy's family has always called it - seems like a good place to spend your summer vacation, especially if we get enough rain to keep the grass green and the Rattlesnake filled. 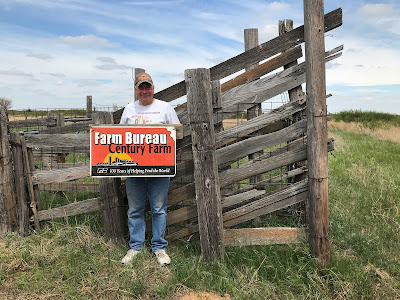 Do you like old photos? Here's another blog post about the Rattlesnake Pasture, along with more family history photos. More about the cottonwoods can be found here.
Posted by Kim at 8:01 AM