Pheasants, Orioles and Blackbirds - Oh My! 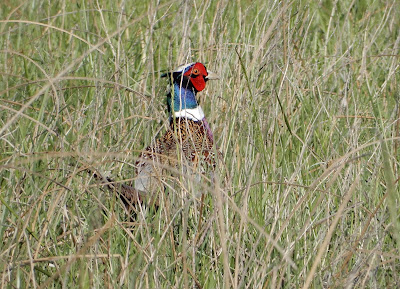 I was surprised a couple of Julys ago, when neither of my bluebird photos won a ribbon at the Stafford County Fair ... not even a white ribbon.

As I thought about it, though, I realized that I see much better bird photos on Snapshot Kansas, a Facebook group where both professional and amateur photographers post their favorite shots. The fair judge didn't need to think about the photo like I did: I was considering how many photos I took just to get a few in focus. (And, those bluebird photos were especially rare because neither Randy or I had ever seen a bluebird in our area before. So seeing mountain bluebirds in our pasture and an eastern bluebird at the Stafford golf course was especially thrilling for us.)

Still,  my quest has continued for the elusive pheasant photo. On a trip to the Ninnescah pasture to check cattle last week, a stately rooster cooperated. It's always a challenge. I was shooting from the passenger seat through Randy's open window. I'd whisper and tell him to move the pickup s-l-o-w-l-y as the rooster strutted. 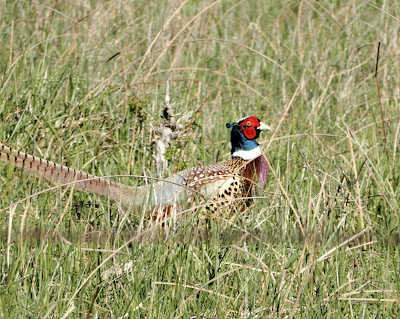 I was mad at myself that I'd missed the tippy-top of the tail feathers in this one, but it's hard to hold the camera steady when the zoom is extended that far. 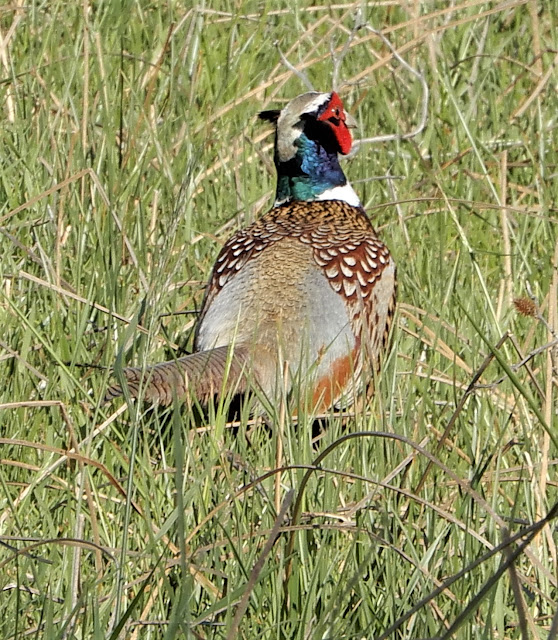 But I can't complain with the results. I guess he wasn't in too big a hurry that lazy evening. 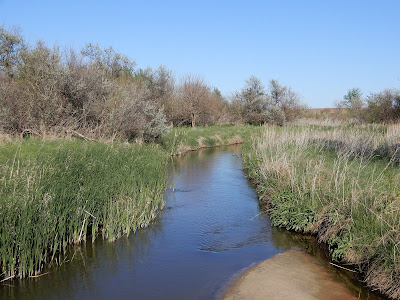 We weren't in too much of a hurry for a few snapshots at the bridge either. 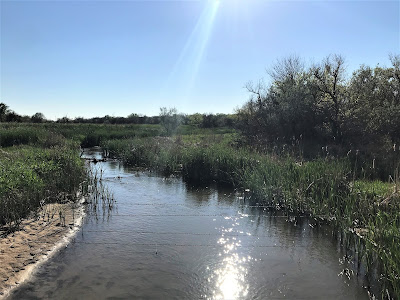 My pheasant photos were the postlude to the day. 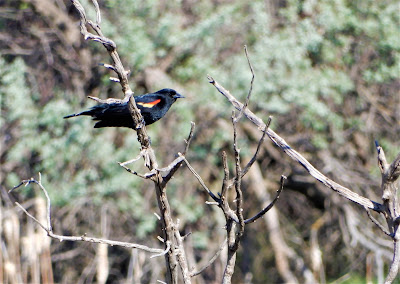 A stop at the Peace Creek bridge on the Zenith Road had a red-winged blackbird enjoying the scenery, just like I was.I also got a photo of the first Baltimore oriole of the spring to visit our yard. 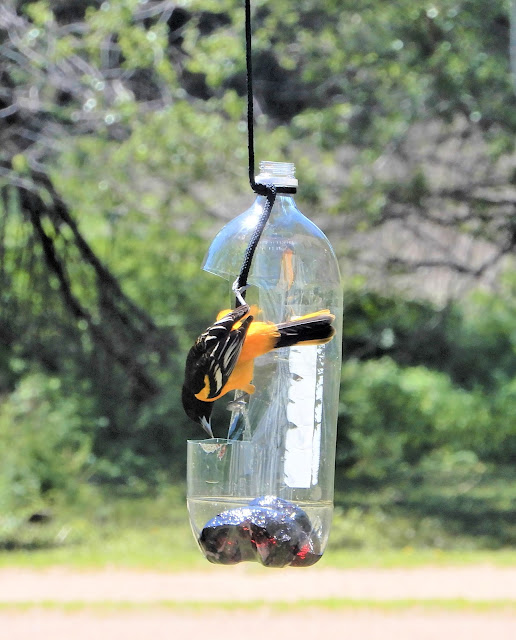 Randy put out grape jelly, and this guy showed up within 5 minutes. Unfortunately, that day, I only captured one in-focus photo.

But I finally got a few more. 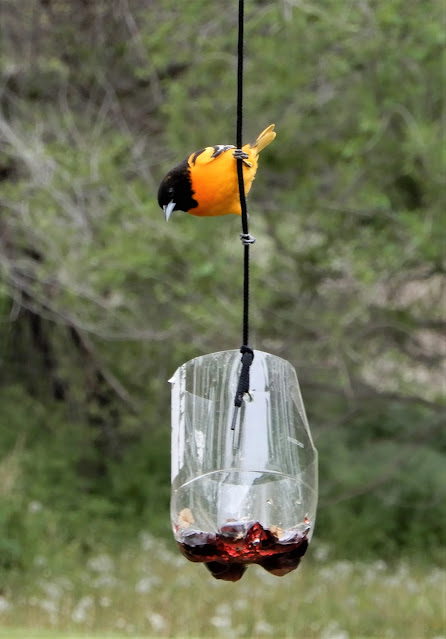 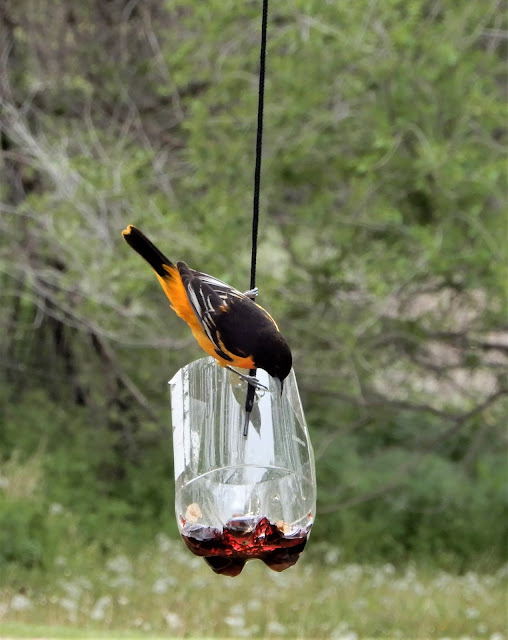 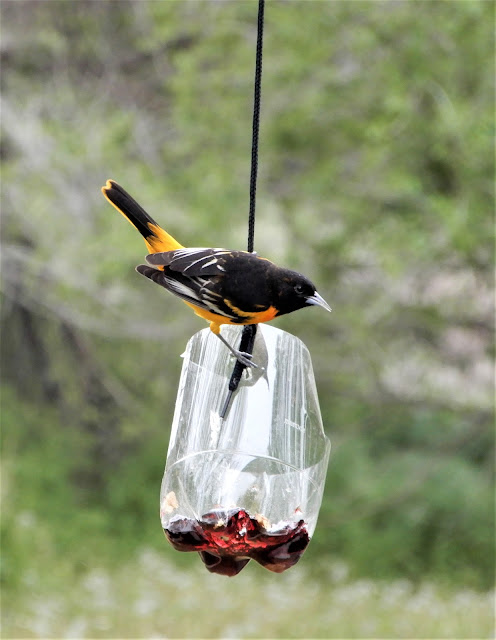 "Hey, guys! I know we bought the cheap brand of jelly, but we'd love to have you return to the buffet often!" 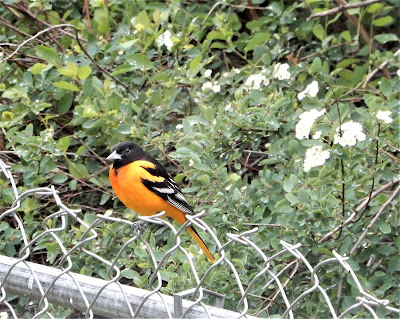