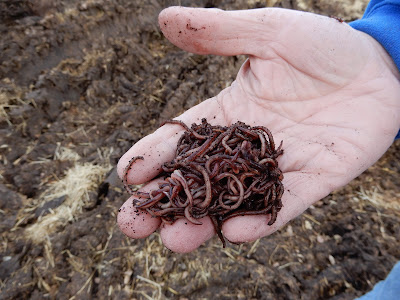 We've spent plenty of money on livestock through the years. But I'm not sure I ever anticipated spending money on worms.

I will keep the hit to the bank account confidential. (You're welcome, Randy.) And the 2,000 Red Composting Worms are the BEST RATED, after all. It says so right on Uncle Jim's Worm Farm's website in capital letters. And, just like an infomercial: Get 1,000 live mealworms absolutely FREE with your order!

I wonder what the FedEx delivery guy thought. Hmmmm ... 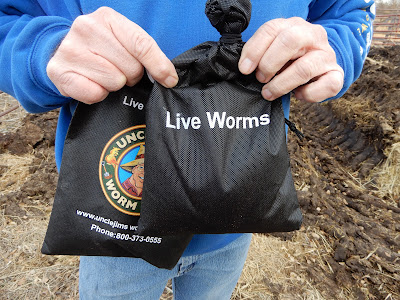 I know what my resident farmer/gardener thought: He had visions of giant tomatoes and squash dancing in his head. (Who needs sugarplums?) 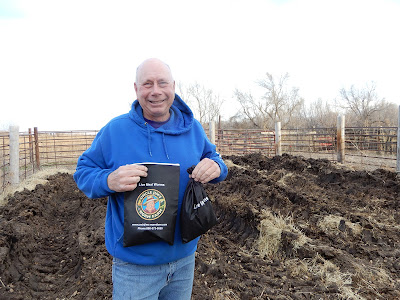 Randy's quest for the best garden on the section actually started earlier. In late September, he dumped straw from a bale onto the garden spot, along with more hay from the nearby calving shed. I wondered out loud about the weeds and seeds inherent in the straw. But, really, what do I know?

He added some quality "organic matter" from our cattle lots in October. 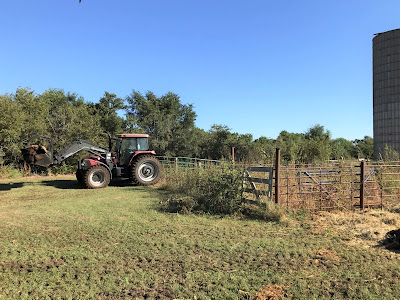 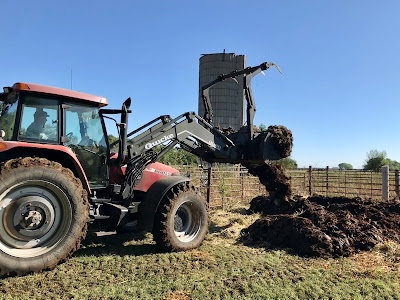 Is there such a thing as too much of a good thing? 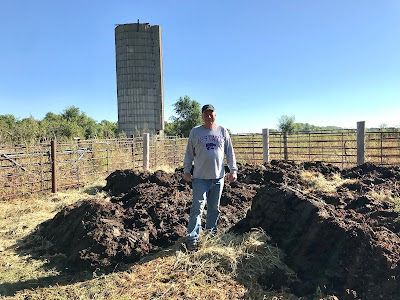 He had me take photos because he wanted to send them to his friends. (I prefer photos of cute calves, but to each his/her own.) After it settled for awhile, he decided to add worms to the mix. I have to admit this blurb from the website (complete with interesting capitalization) made me laugh out loud - for real!

Now let’s face it! You probably aren’t the average Guy or Gal if you’re interested in worm composting! You’re obviously environmentally aware, economically savvy and eccentrically right on target. After all, it’s not like purchasing toothpaste, toilet paper or groceries…

Okay, so you're not the average Work-A-Day, Head in the Clouds, Normal Sort of Person. You've seen some kind of Earthly, Organic, Natural Potential in Red Worms... Check this list of these Nature's Wonder Workers' Uses and Benefits and you'll see just how insightful you truly are. Possibly a little Strange, but None-The-Less, Insightful.

With this ringing endorsement from Uncle Jim, how could he resist?

Adding Red Wigglers and European Nightcrawlers to your lawn, garden or compost pile is one of the smartest and most environmentally friendly things you'll ever do. Why? Because their castings are one of nature's finest plant nutrients: 7 times richer in phosphates, 5 times richer in nitrogen and 11 times richer in potash than the average lawn soil. On average, each worm will produce their body weight in castings every day. Worms can double their population every 90 days.

And, according to Uncle Jim, you can never have too many worms. Worms naturally will lay less eggs as their population becomes too dense within an area. 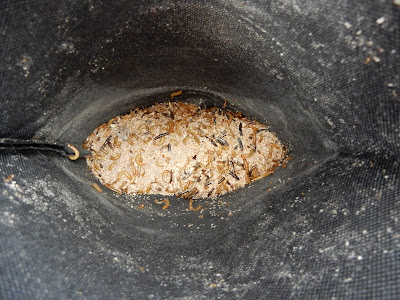 The Red Wigglers and the mealworms came in two separate sacks, along with colorful flyers about handling the new "livestock" on the farm. 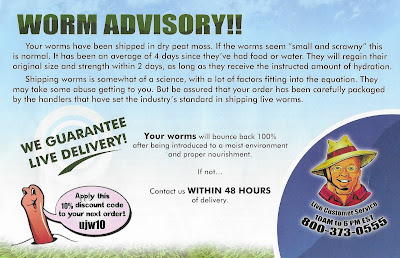 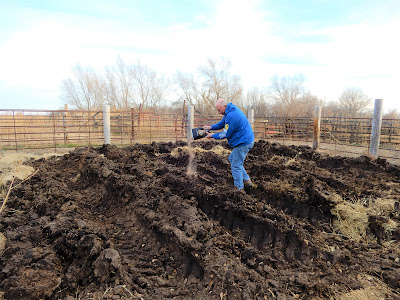 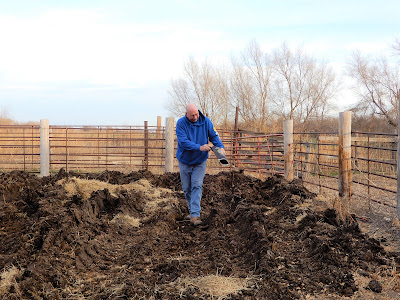 Jill's father-in-law (and our friend), Alan, says Randy's giant compost pile could provide a little supplemental retirement income. It sure looks to me like there is plenty of organic material to go around ... especially after all those worms do their work!