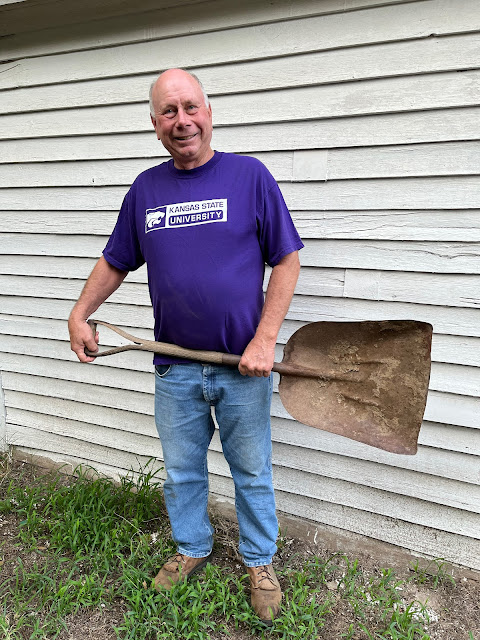 There's some heft to an old scoop shovel Randy uncovered as he was going through sheds before the farm sale.

Today's scoop shovels are much lighter. Even though the design hasn't changed much since the first human decided to hammer a piece of metal into a big "spoon," today's scoop shovels are usually made of composite metal. It certainly doesn't alleviate the elbow grease that the tool still requires. But, the new iterations are still a little easier to repeatedly scoop and lift.

So the old, heavy scoop shovel doesn't have a lot of value in 2022. However, there's a lot of sentimental value scratched in the rough-hewn wooden handle. The initials "SF" were etched into the wooden handle by Randy's great-grandfather, Simon Fritzemeier. 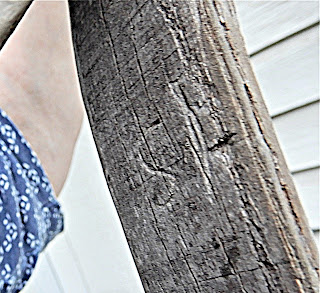 I enhanced the photo with HDR to try and reveal the initials, but the mark is pretty faded. Though Randy vaguely remembered the shovel being marked in some way, it still took him awhile to find it on the splintery old wood. 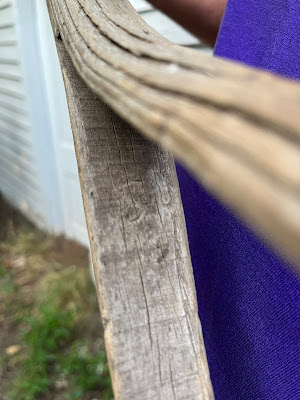 Instead of adding the scoop to the trailer of miscellaneous "treasures" for the farm sale, it came home with Randy.

Randy doesn't remember his great-grandparents well. Simon's big white mustache was his most memorable characteristic. These photos were taken in 1956, when Randy was just a baby. 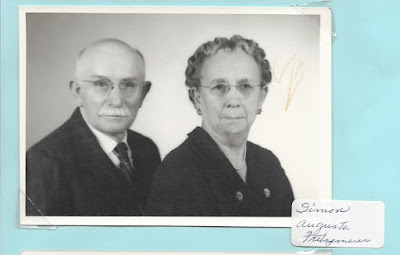 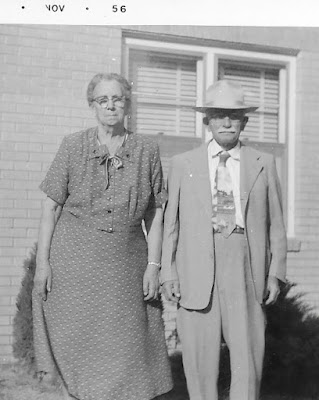 But, Simon didn't always have a mustache. In looking through the family photo books that Randy's mom, Marie, compiled, it shows a clean-shaven Simon with his bride, Augusta, on their wedding day. (That photo is undated, too.) 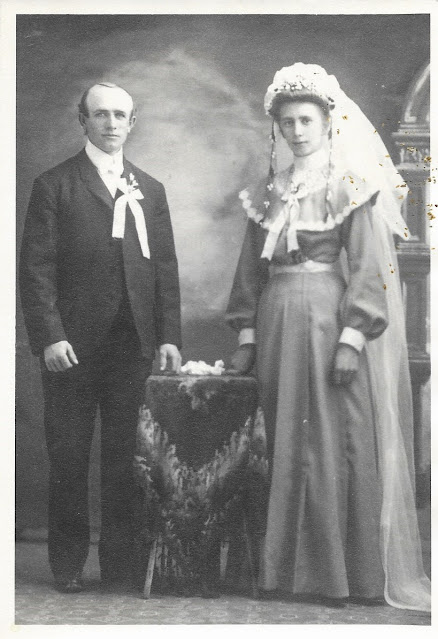 There were a couple more snapshots in Marie's notebook. Randy remembers visiting them at their house in town, since they lived only a few houses down from his grandparents, Clarence and Ava Fritzemeier. 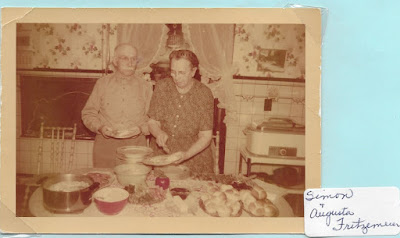 The materials used to make the shovel aren't the only things with "heft." The memories left behind in five generations of farming on the Kansas plains are pretty weighty, too. We've been privileged to be part of that.