The Judge's Perspective: One Person's Opinion on One Day 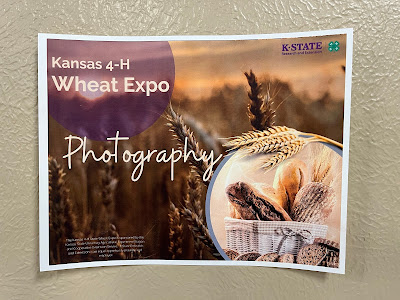 It's one person's opinion on one day.

It's something I've repeatedly said to my kids ... and anyone else who would listen. When you are being judged - whether that's during a 4-H fair or a music contest - your rating is at least somewhat dependent on one person's opinion on that particular day.

I served as the judge for the Photography Contest during the Kansas 4-H Wheat Expo on August 4. I believe in the 4-H program, of course, which won't come as a surprise to anyone who is a regular reader. 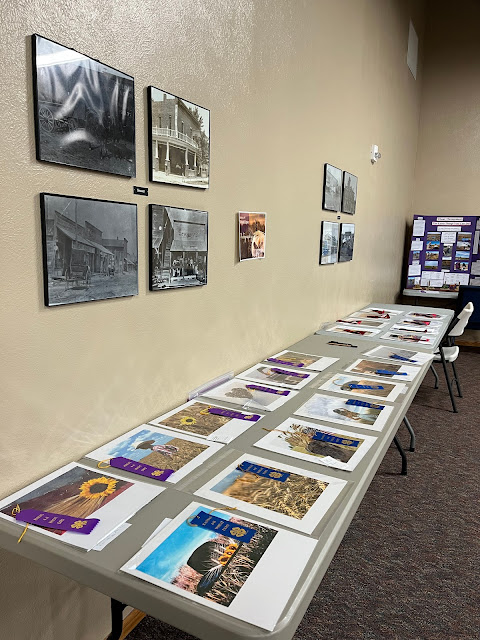 But my saying "yes," probably was just as much about not turning down our county agent, Amy. This was the last event of her tenure in Stafford County/21 Central Extension. (We will miss her after she's been a part of us since 2005!) 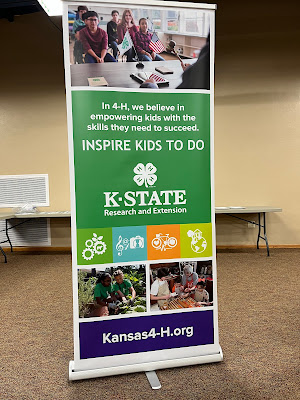 I told her that I haven't received any of the specialized training for 4-H judges. My training has been more "boots on the ground" - or more accurately, "tennies in the dirt" as I've photographed our Kansas farm through the years. I also volunteered as a 4-H photography project leader back when Brent was involved in 4-H. And, as I've said before, I probably learned more than any of the 4-Hers I escorted to local photo shoots, garden shows, 4-H workshops and other field trips. 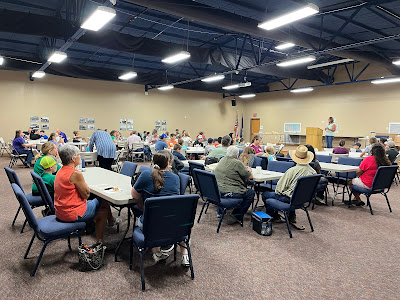 I've decided I'd rather be on the receiving end of that old adage than on the "judging" end of it.

Jennifer, one of my fellow competitors in the open class photography division at the Stafford County Fair, was also at the Wheat Expo, serving as a tour guide. We've often stood in the hot exhibit building at the Stafford County Fair and contemplated why this photo placed over that. She has heard my "one person's opinion on one day" almost as much as my kids, I suppose. 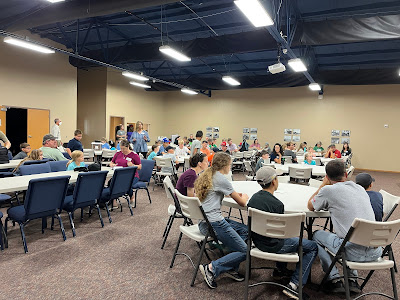 And, before she left to lead her tour groups to Stafford County farms, I told her I wasn't sure how I felt about being that one opinion.

As my family knows, I'm not the fastest decision maker. (I like to make the RIGHT decision. And when there's not necessarily a RIGHT decision, it can be a struggle.)

But I got the job done. There was at least one person happy with my class placements that day. And I figure a lot of the others were happy with their purple or blue ribbons, too. Maybe those to whom I gave a red ribbon weren't as happy.

But on everyone's entries, I tried to write comments about how I would improve the photo.

The photo I chose as the winner used what I called "Hobby Lobby" wheat in my comments. As a Kansas wheat producer, I would have preferred the wheat come out of a Kansas harvest field, especially for a Kansas Wheat Expo competition. However, there was no stipulation in the rules, and it was - in my opinion on that one day - the best composition. And, some farmer somewhere grew that wheat and marketed it to craft stores. (Good for them!)

Anyway, Jennifer let me know later that she'd visited with the young photographer, who was amazed that the judge knew that she'd used wheat from Hobby Lobby. That made me laugh. Yes, that long-bearded wheat looks a lot different from what I've seen for 60-plus years in Kansas fields. 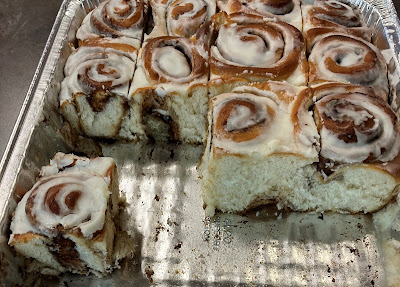 The photo contest wasn't the only contest. Another judge got to sample a table full of baked goods - celebrating Kansas wheat's journey into flour. Randy thought that would have been the thing to judge, since he might have gotten to taste, too. (Randy couldn't complain too much. They served cinnamon rolls as the 4-Hers and families were gathering.) 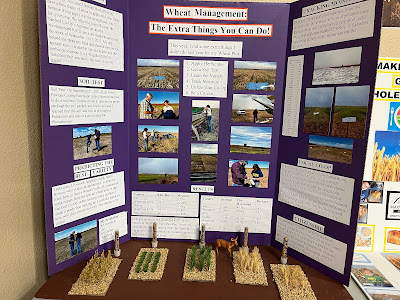 Another judge evaluated wheat samples in quart jars. Still another judged posters and displays, a couple of which involved a lot of time and legwork in raising and evaluating crop conditions themselves. 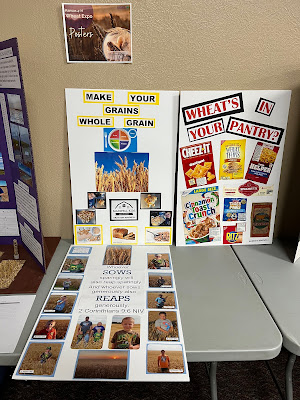 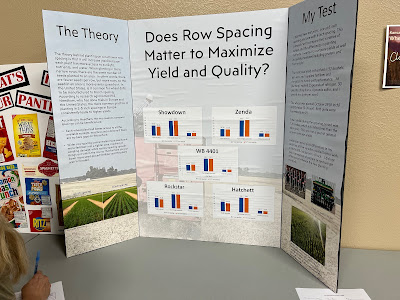 While I was back at the Stafford County annex agonizing over my decisions, the 4-Hers and their families toured three different operations. They went to Stafford County Flour Mill, the home of Hudson Cream Flour (the best flour around). 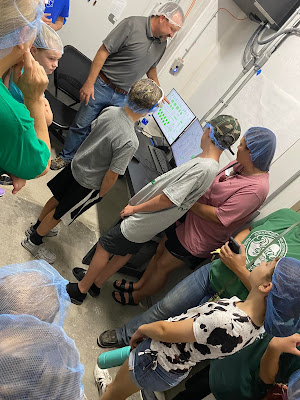 They also toured Spare Produce, which markets their produce primarily at farmers' markets, and with a farm owned by Jill Stimatze, who grows 30 acres of pumpkins, 10 acres of watermelon and 10 acres of cantaloupe, most of which are marketed to grocery chains.

We didn't stick around to hear the verdicts from those who may have disagreed with "one person's opinion on one day." No matter what, I know events like the expo help "make the best better" as 4-Hers learn more and make new friends.