I began the Summer Solstice June 21 watching the sun rise over the wheat fields on the County Line. The clouds obscured the actual sunrise, which was officially at 6:09 on this longest day of the year. 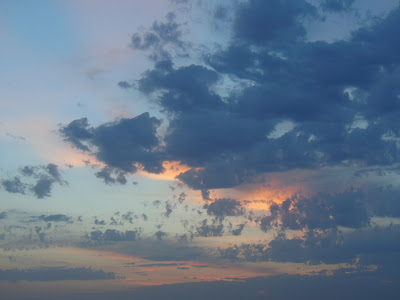 But clouds couldn't obscure the pink-tinged beauty as light penetrated the morning. 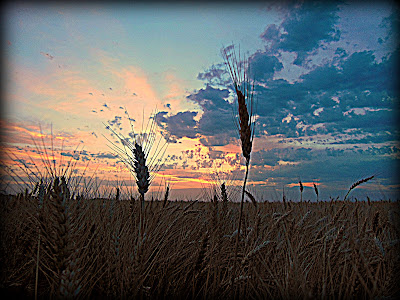 We got started cutting wheat about 3 o'clock June 21.  So, I watched the sunset at 8:58 PM in another field.
I was riding in the combine with Randy, so the sun had about said "so long" by the time I got out of the cab to end the day as I started it, with a wheat head silhouetted by the sun. 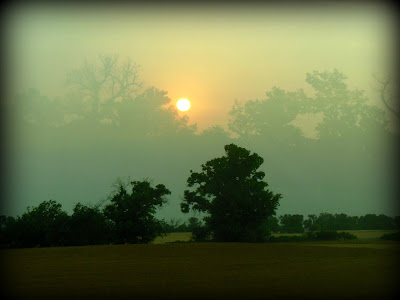 One of my favorite shots of the day was one I took in the combine cab as the sun was setting. The sun and the tree line were being reflected onto a window in the cab. The top image was the reflection, while the bottom was what I was actually seeing outside the window.

Last night's sunset (June 23) was even prettier. It had God's fingerprints all over it. 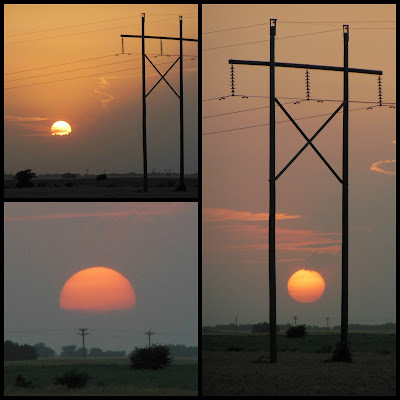