Harvesting Wonder: Through the Eyes of a Child 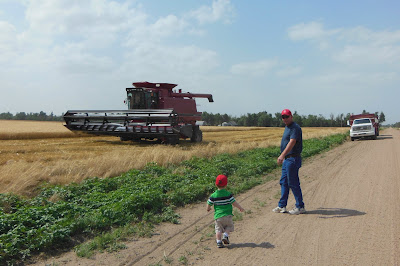 Our little visitor ran as fast as his 2-year-old legs could carry him.

As he neared the combine and its roaring engine, Ricky was a little less confident about his introduction to wheat harvest. First off, it required getting boosted into that big, loud machine with Randy. 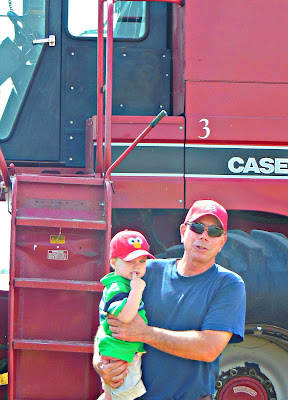 Yes, Ricky knows us from his Sunday mornings at Stafford UMC, where his mom, Amy, is our pastor (until after this Sunday when we have the Methodist minister migration). But until Pastor Jeff (better known to Ricky as Daddy) joined them in the combine cab, Ricky was none too pleased to begin his career as a farm helper. 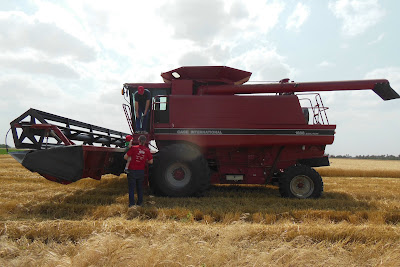 Even after his Dad joined him on the combine cab jump seat, he was less than impressed. As the door shut on a crying little boy and Amy watched them pull away, she said, "This may be a short trip." 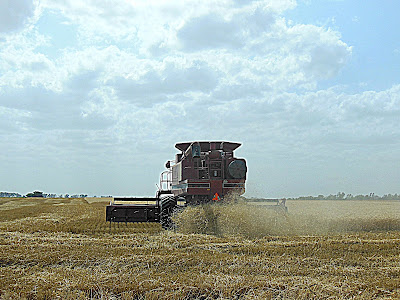 But, as soon as the combine started moving, Randy reports that Ricky's eyes got big and the crying stopped.
The combine swallowed up a swath of the waving wheat in front of him and spit the chaff out the back, and Ricky's big eyes took in all the moving parts. 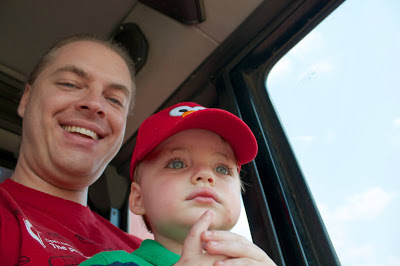 Randy reports that Ricky didn't have much to say. But he was taking it all in as the combine lumbered its way down a half mile and back again. 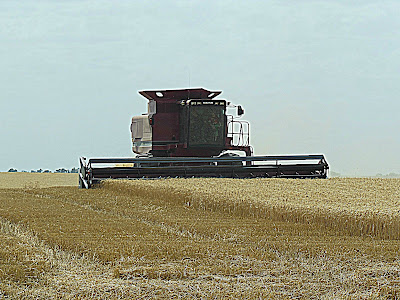 As they came back toward the road, Ricky waved to his Mom before he was distracted by the grain flowing from the combine into the truck. 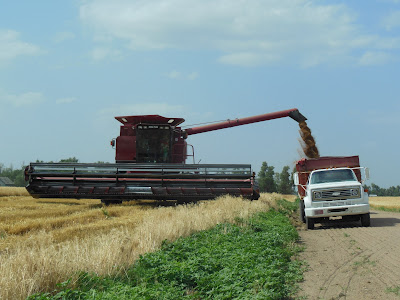 The truck was full and ready to go to the elevator. But there was another truck to fill, and the guys were off again in a quest to fill up the next one. 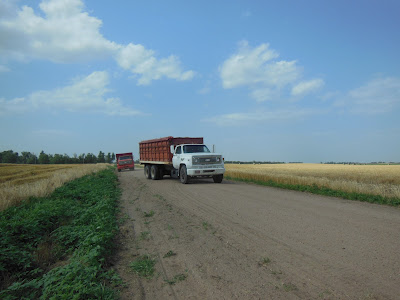 "I guess he likes it after all," Amy said as we waved and watched them make two more down-and-back trips.

Harvest is hungry work, so Ricky needed his own sack lunch after his ride.
The harvest lunch lady should have brought a straw for the water bottle. 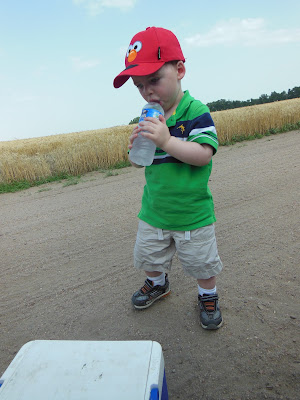 But she did bring a Rice Krispie treat and grapes. Those were more important anyway. 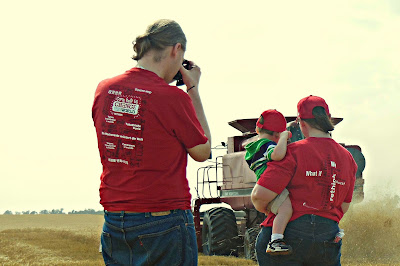 Every harvester needs helpers. Besides Farmer Randy, who provided an introduction to life on the farm, Ricky had his own camera crew to record the event.

Happy Day to my birthday buddy, Ricky. He turns 2 today. I turn 2 + 54 today. (Happy Birthday also to my other birthday buddies, Keva, Sarah, Rachel and Lawrence. I share this day with lots of good friends! And for the first time in several years, I also share it with harvest. And that's OK. That's how I grew up, too.)
This John Deere combine was "born" the same year I was. It looks a little different than its counterparts today. 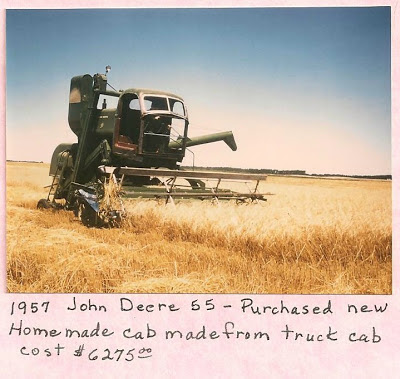 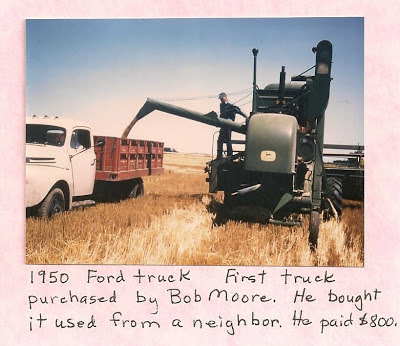 My, how times have changed - for combines and for birthday girls!
Posted by Kim at 7:28 AM