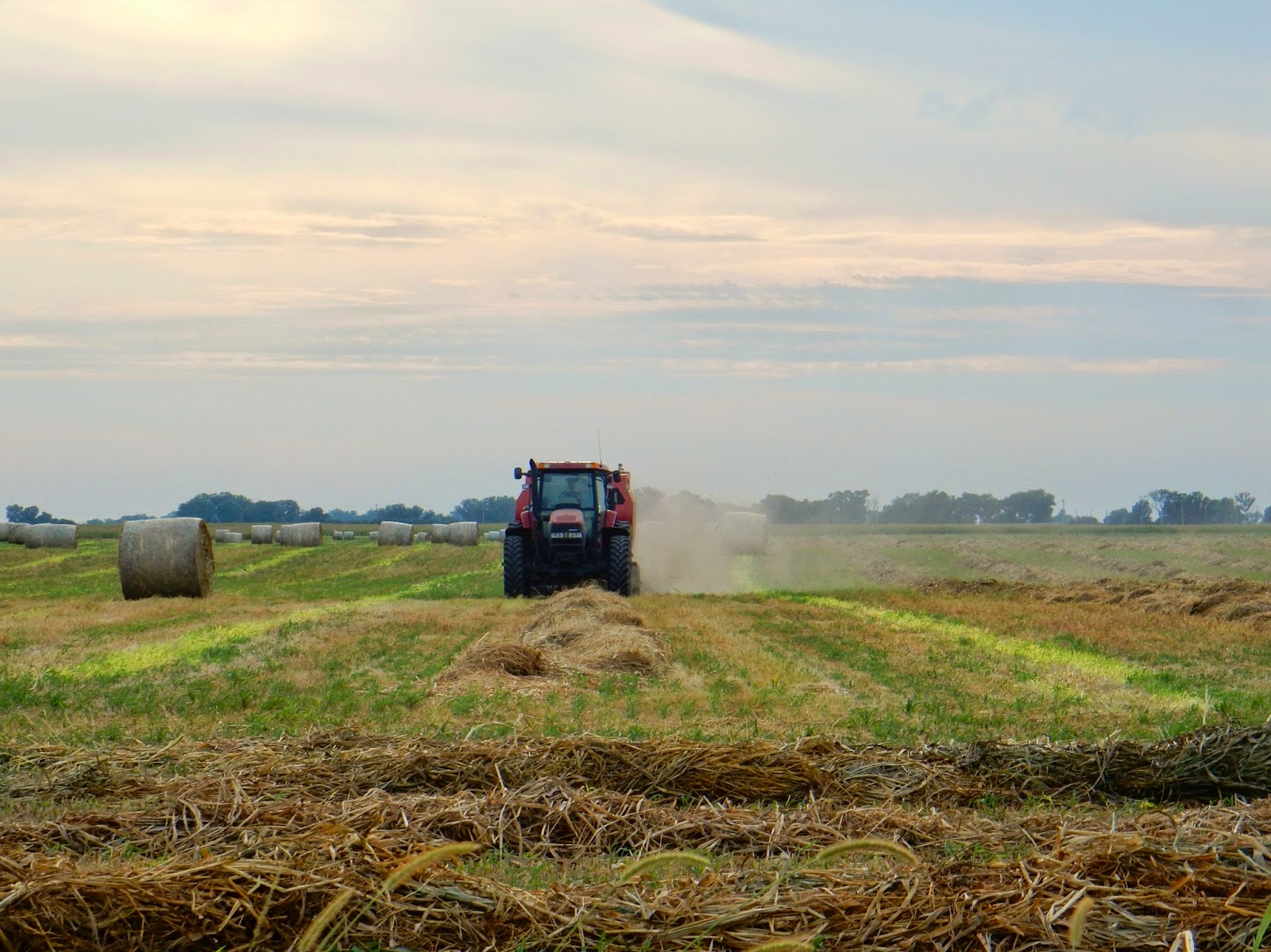 My Farmer called it "the field that never ends." He called it some other things, too, but this is a family blog.

It was definitely not his Field of Dreams. Nightmares? Maybe.

On Monday, a friend sent me a text. She'd been watching The 700 Club, and farming was described as "a romantic profession."

I laughed out loud when I read the text. Maybe the commentator would like to come for a little visit. As I told her, Randy had baled until 11:30 the night before. That morning, he was contending with tractor problems. At that moment, farming seemed more like a horror film than a romance.

Randy custom swathed, raked and baled 70 acres of sudan for a neighbor. It took a week just to swath it by the time he contended with breakdowns, an untimely rain shower and the sheer volume of plant matter going through the machine. 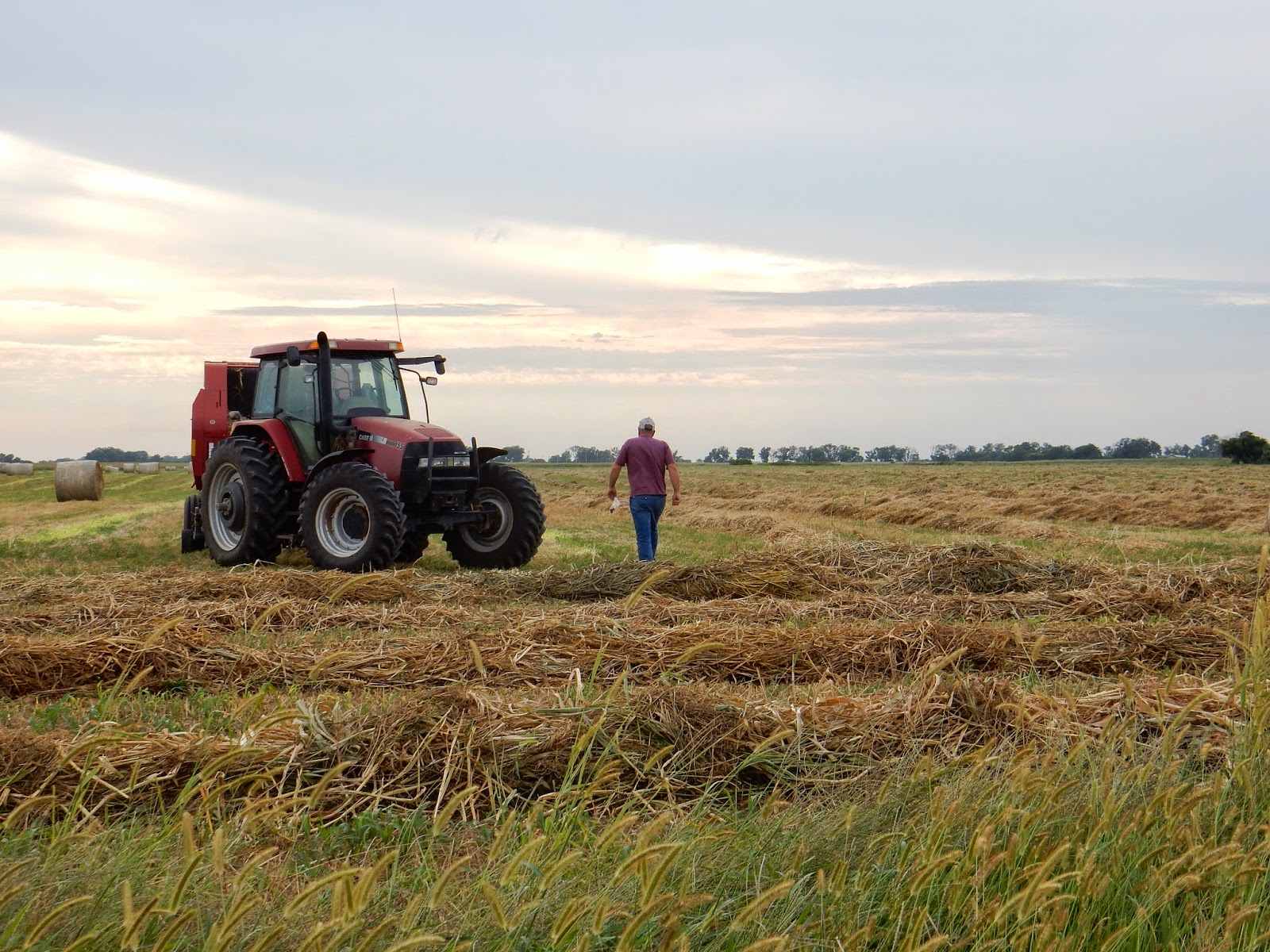 The baling wasn't flawless either. For the last day and a half, the tractor wouldn't shift out of low gear. When Randy was finally done and headed home, he timed it: It took him 18 minutes to go a mile. I can literally walk faster than that! 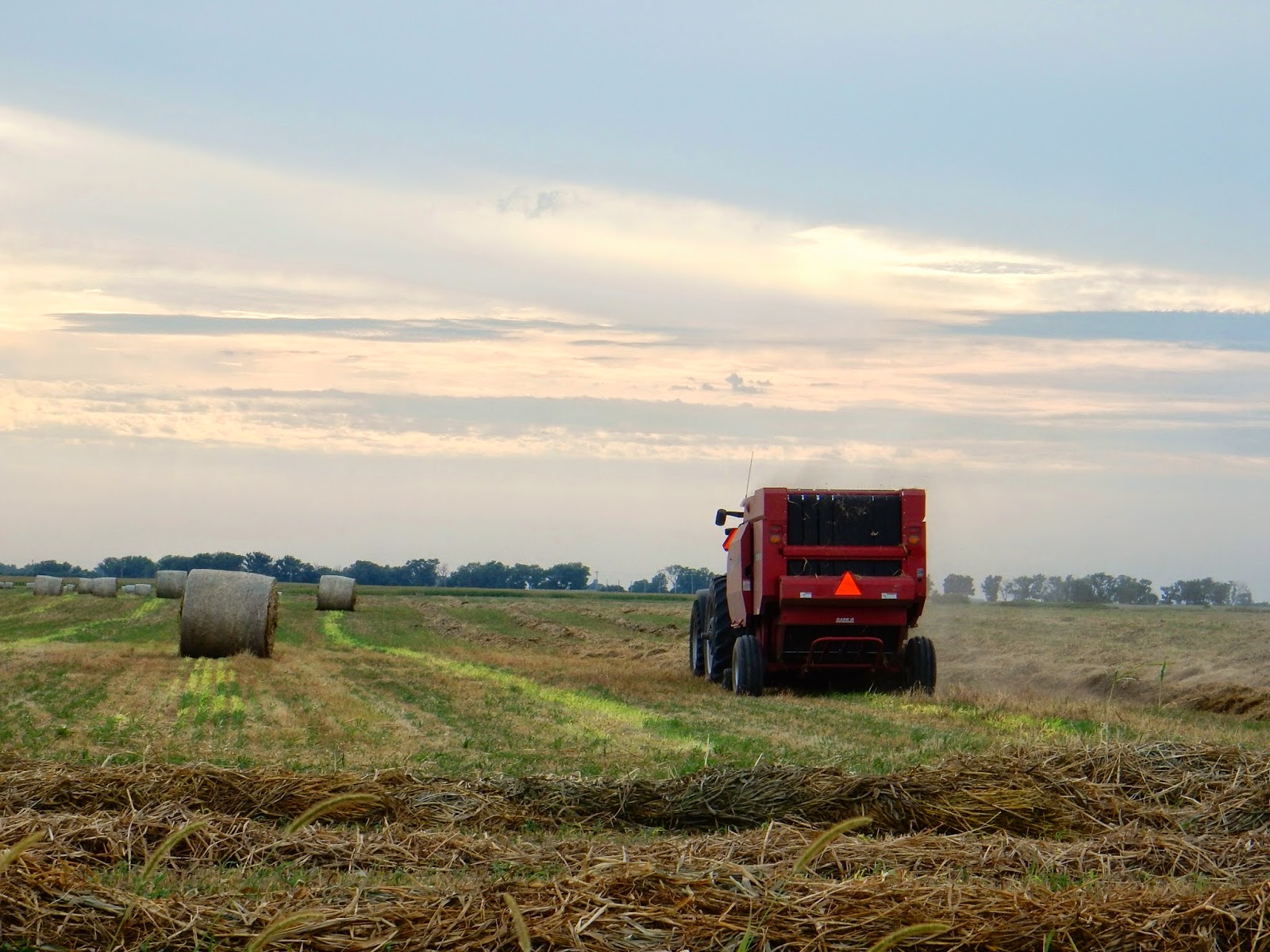 By the time the last bale rolled out of the baler, there were 356 bales. That is a lot of cattle feed. 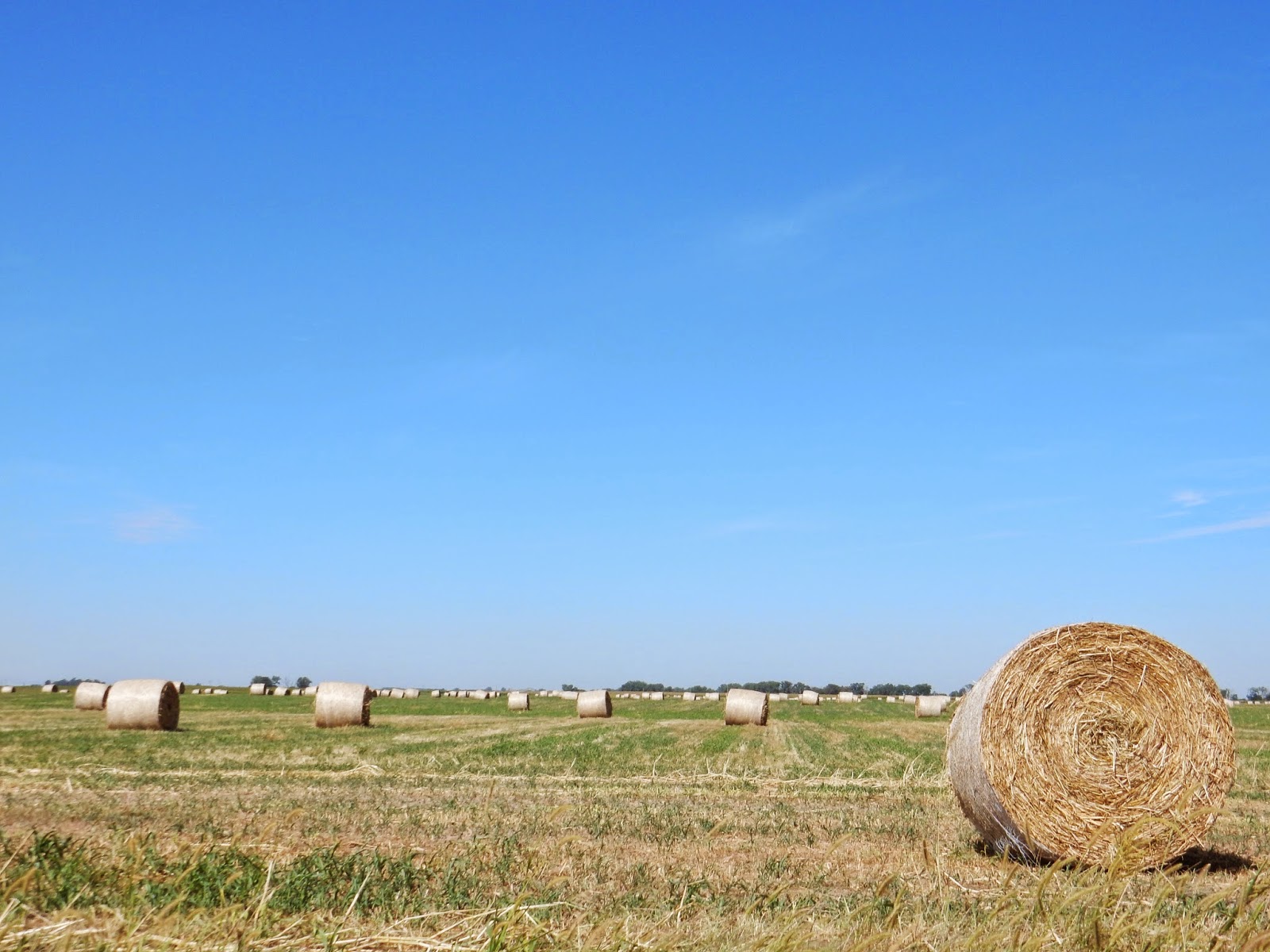 The best news? He doesn't have to pick up and move the bales. Last I knew, the neighbor and his hired man were still debating who "gets" the job. It's going to take awhile to move 356 bales, two at a time. 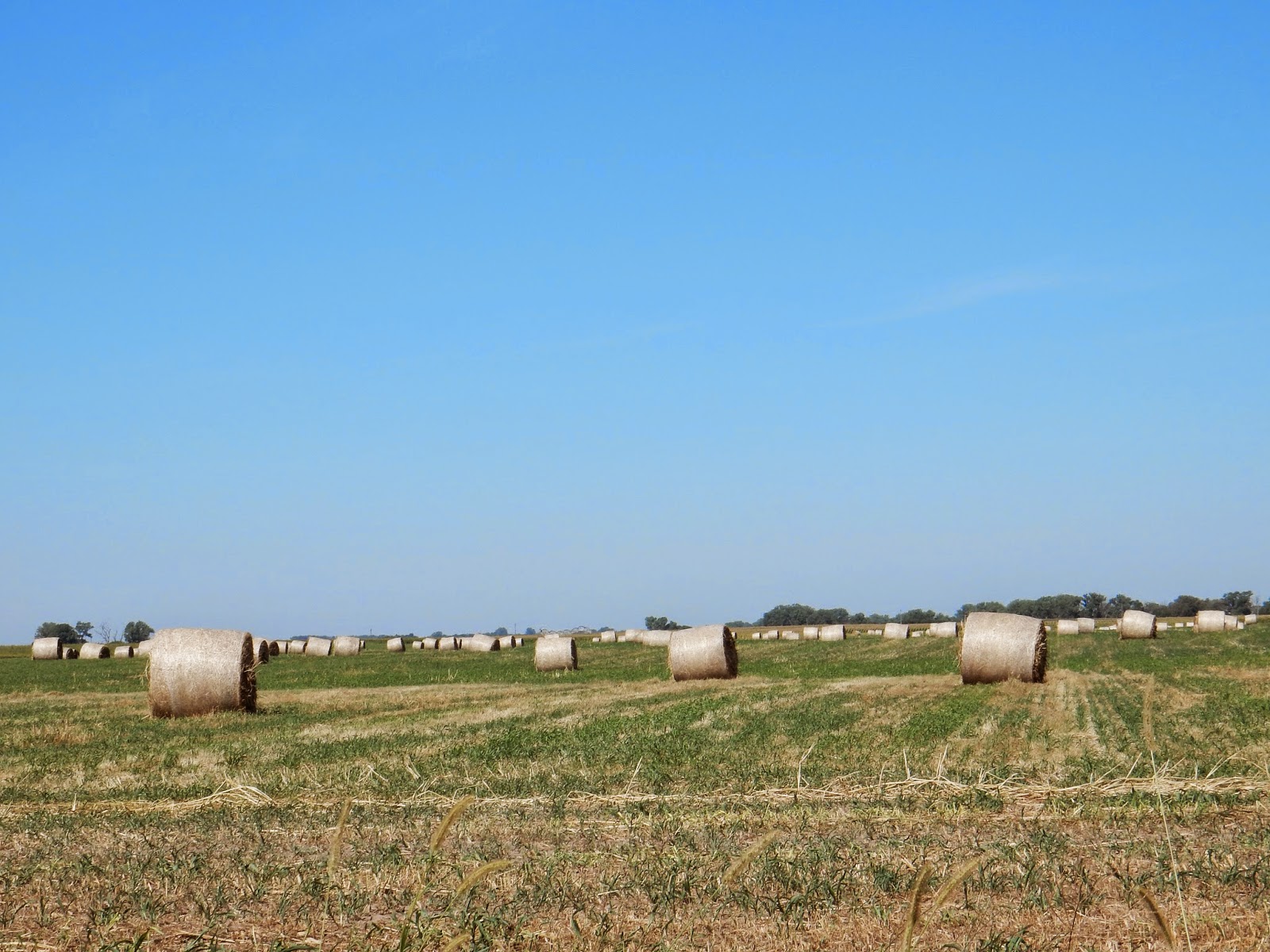 As for us, the guys have moved back to our own alfalfa fields. They hope to have the third cutting all baled up by the weekend.

There's an old song from the musical "Porgy and Bess" that claims:

"Summertime, and the livin' is easy."

I think Randy might have a different take than lyricist DuBose Heyward and composer George Gershwin or The 700 Club's evaluation of life on the farm after another afternoon of swather problems yesterday.

And I'm thinking that a new swather and baler will be on Randy's shopping list after this haying season. The "livin' isn't easy" when paying for new equipment either.

Maybe The 700 Club would like to come shopping with us and see how romantic it is to spend money on a swather and baler. Doesn't it just make you feel all warm and fuzzy inside? Yeah. Me neither.
Posted by Kim at 7:47 AM