A Rose Is A Rose, A Mary Is A Mary

A Rose is a Rose.
A Mary is a Mary.
A Kinley is a Kinley.

I don't know. I will just have to wait until she's born. (Her due date is September 3.)

I haven't been subtle in asking for clues. I do know that Baby Ladd's name is not in the Top 100 names as determined by the Social Security Administration.

But that's all I know.

No first initial.
No rhyming hint.
No deal. No how.

So, if I look at the list, I know what it's not: It's not Piper or Genesis or Madelyn. It's not "Stella, hey, Stellaaaaa," so I won't have "A Streetcar Named Desire" come to mind when I talk to her.

Jill and Eric know her name. They've ordered the new decal for her room.

I could be like the kid before Christmas and search in the closet ... if only I weren't so far away.

I could ask Kinley, but they decided not to tell her, since she might spill the beans. If you ask her, she either says, "Baby" or "Sister." (Yes, I tried.)

So, I guess I'll just have to wait like everyone else.

My Grandma Neelly didn't listen to her friends' advice for names back when she was expecting either. My mom found a sheet of name suggestions from a baby shower game, and the guests suggested monikers for the Neellys' bundle of joy. 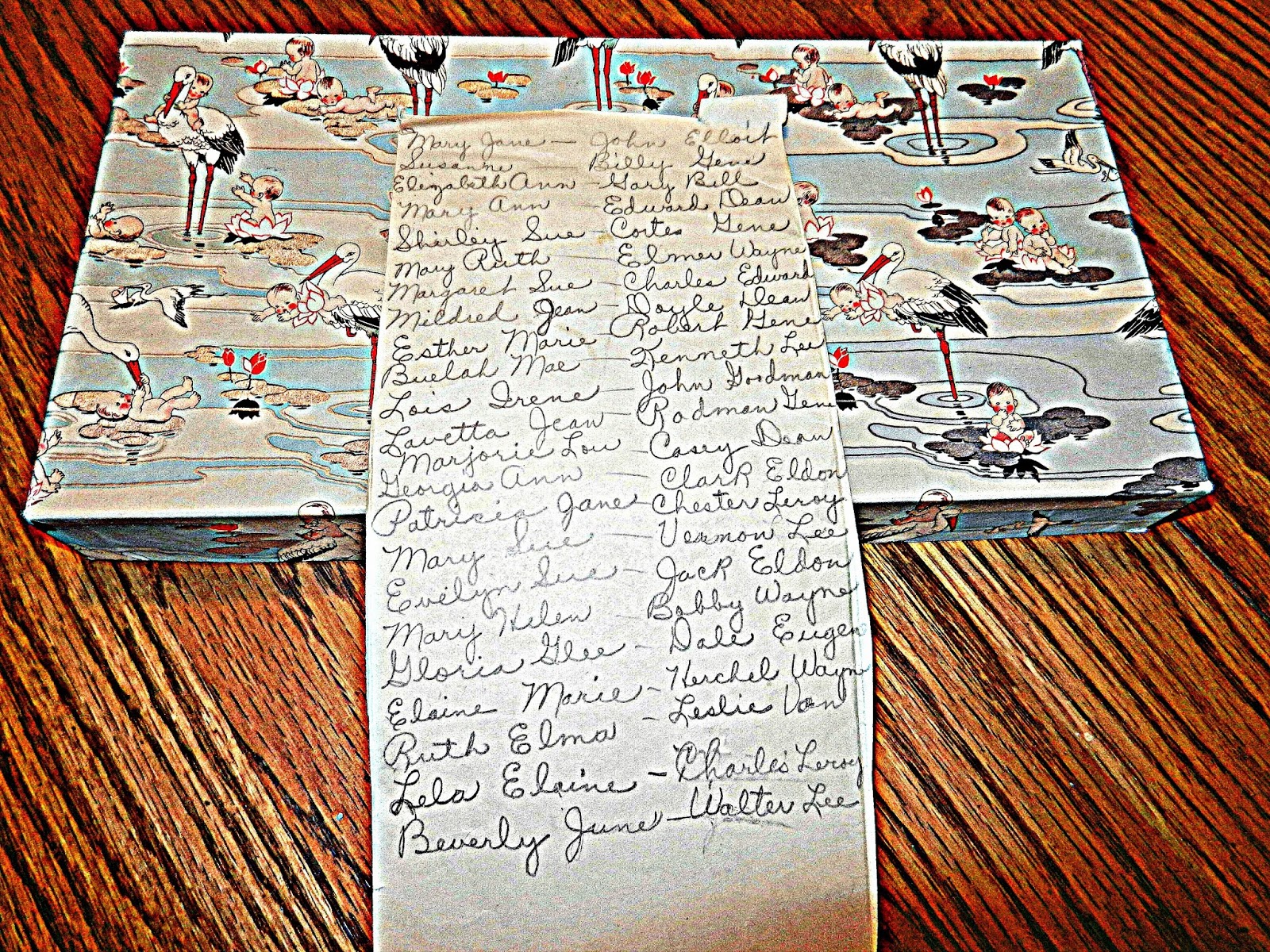 She could have been Mary Jane or Mary Sue or Mary Helen or Mary Ruth. If my grandparents had chosen that name, they would have picked the most popular girls' name of the 1930s. My Mom could have been Elizabeth, Mildred, Esther or Ruth, if they'd listened to their friends' advice.

Interestingly, my mother-in-law's name is on the list, though in reverse order, Esther Marie.

The shower guests had the names covered for boys, too. Of course, back then, parents didn't know what they were having until the little one arrived on the scene. 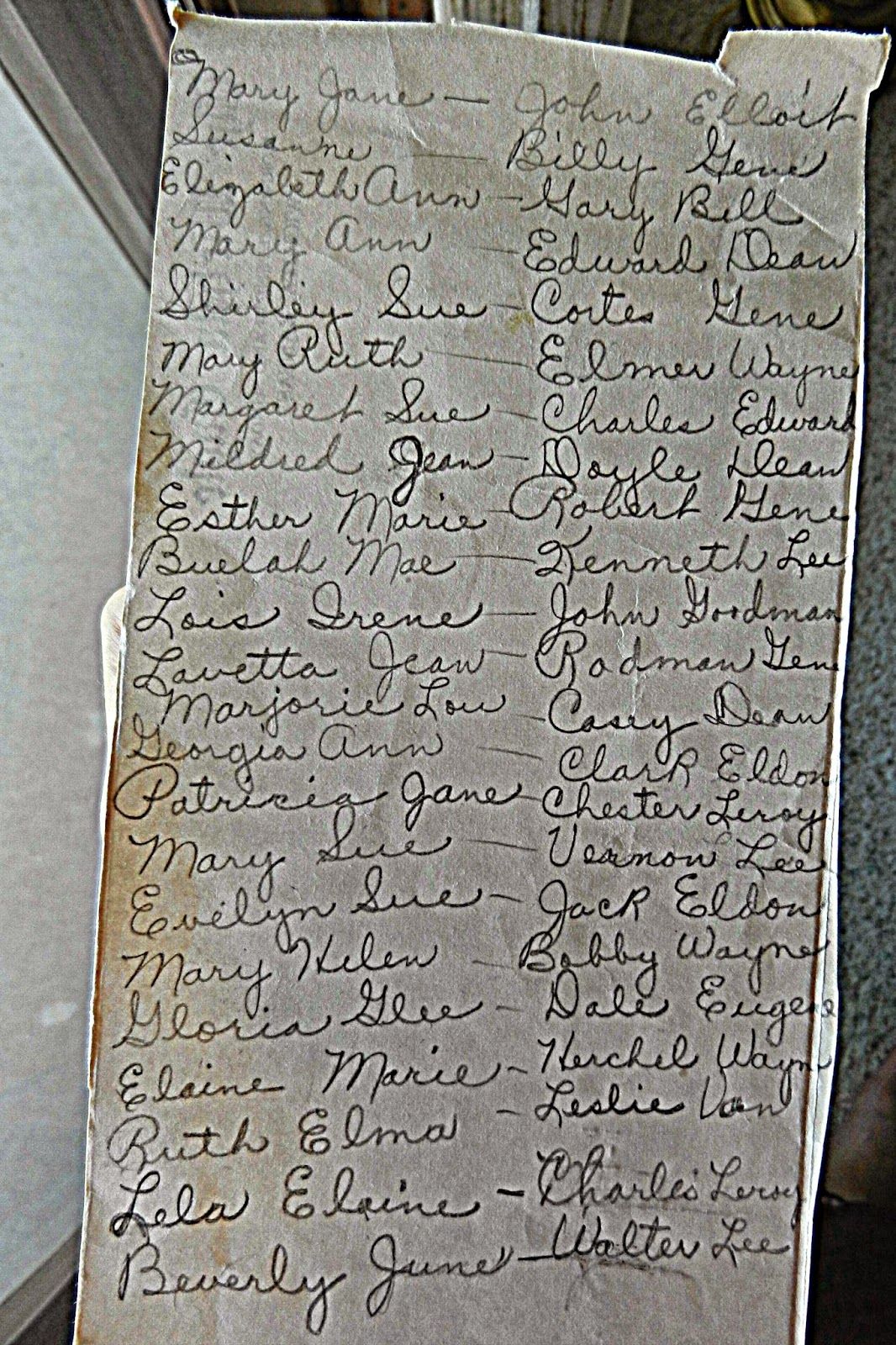 My grandparents chose Janis Leone. Had they spelled it Janice, my mom's name would have been 42nd on the list of Top 100 names of the 1930s. With her spelling, it didn't make the Top 200.

Jill & Eric don't want to hear reviews of their selected name, so unless Jill slips up in the next couple of weeks, I guess I'll just have to wait and see.

Patience is not my virtue.