I'm not sure the Kentucky Hot Brown Bake took me back to Louisville. But it was a pretty tasty Sunday night meal.

When we visited Brent last Thanksgiving, we stopped at The Brown Hotel in Louisville and had one of their famous Hot Browns.

In the 1920s, The Brown Hotel drew more than 1,200 guests each evening for its dinner dance. In the wee hours of the morning, the guests would grow tired of dancing and go the restaurant for a bite to eat. Bored with the traditional ham and eggs, Chef Fred Schmidt created the Hot Brown, an open-face turkey sandwich with bacon, tomatoes and Mornay sauce. 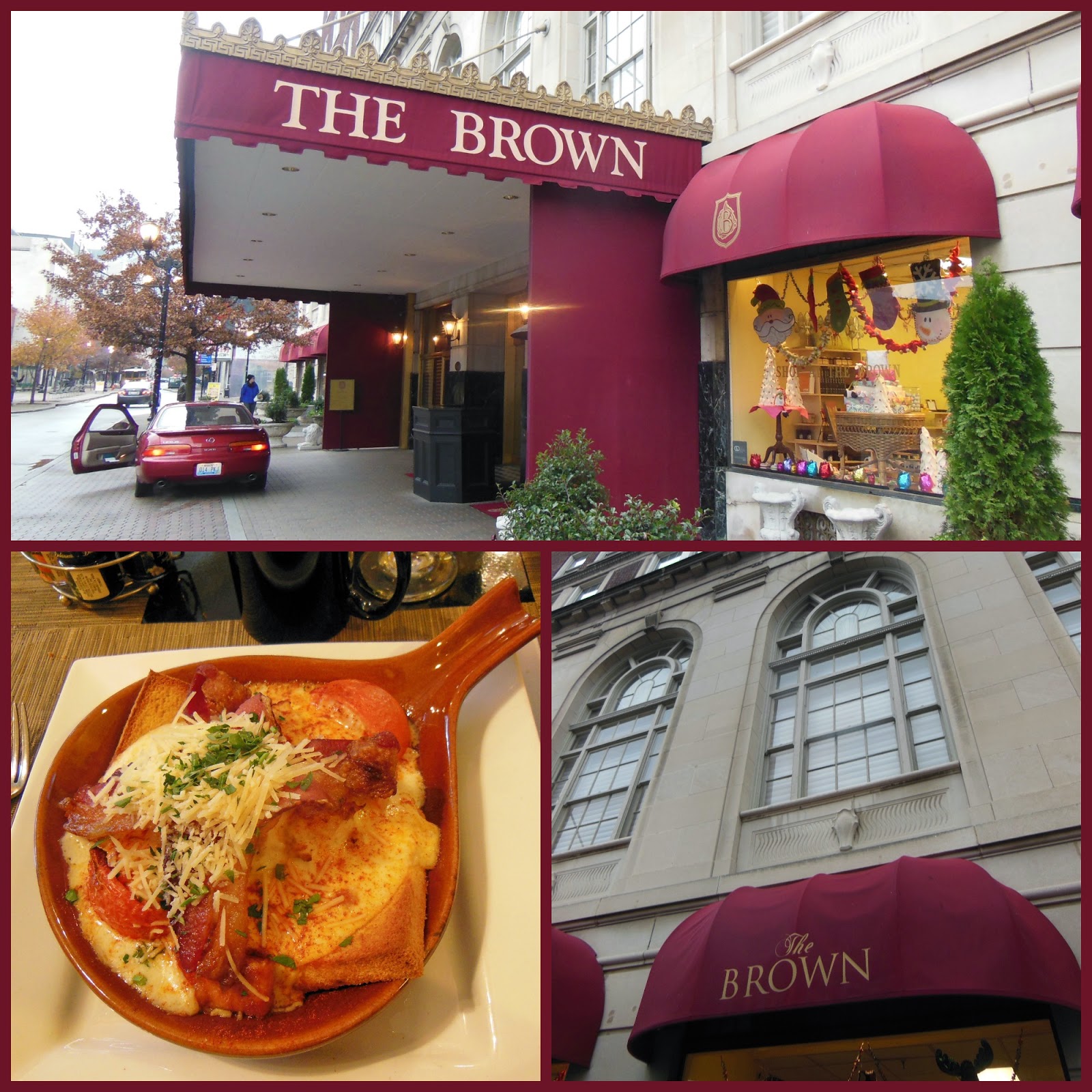 The Hot Brown is now a Louisville tradition and has been featured in Southern Living, The Los Angeles Times, The Wall Street Journal and on the Today Show, as well as a mainstay in southern cookbooks.

At the time, I didn't know that Brent was moving from Kentucky back to Kansas, so I'm glad I tried a true Hot Brown when I had the chance. Still, when I saw the Kentucky Hot Brown Bake on my Facebook feed, I knew I wanted to try it.

They don't meet Funeral Sandwiches in our rating system, but I'm sure I'll make them again. Here's the recipe for the casserole bake. If you want the fancier-schmancier version, The Brown Hotel's recipe is at the bottom of this post.

Unroll the crescent dough and separate into 2 squares. Place one square in bottom of an 8-inch-square pan that is greased or lined with parchment paper. Press dough to fit pan. Layer with half the turkey and cheese and all the bacon and tomatoes. Pour half the eggs over the top. Layer the remaining turkey and cheese on top.

In a 2-quart saucepan, melt butter and slowly whisk in flour until combined and forms a thick paste (roux). Continue to cook roux for 2 minutes over medium-low heat, stirring frequently. Whisk heavy cream and whole milk into the roux and cook over medium heat until the cream begins to simmer, about 2 to 3 minutes. Remove sauce from heat and slowly whisk in Romano cheese until the Mornay sauce is smooth. Add salt and pepper to taste.

For each Hot Brown, place one slice toast in an oven-safe dish and cover with 7 ounces of turkey. Take the two halves of the Roma tomatoes and set them alongside the base of turkey and toast. Next, pour half of the Mornay sauce to completely cover the dish. Sprinkle with additional Romano cheese. Place entire dish under broiler until cheese starts to brown and bubble. Remove from broiler; cross two pieces of bacon on top, and sprinkle with paprika and parsley. Serve immediately.

***
I'm linked to the Country Fair Blog Party. Check out these other rural writers by clicking on their links.