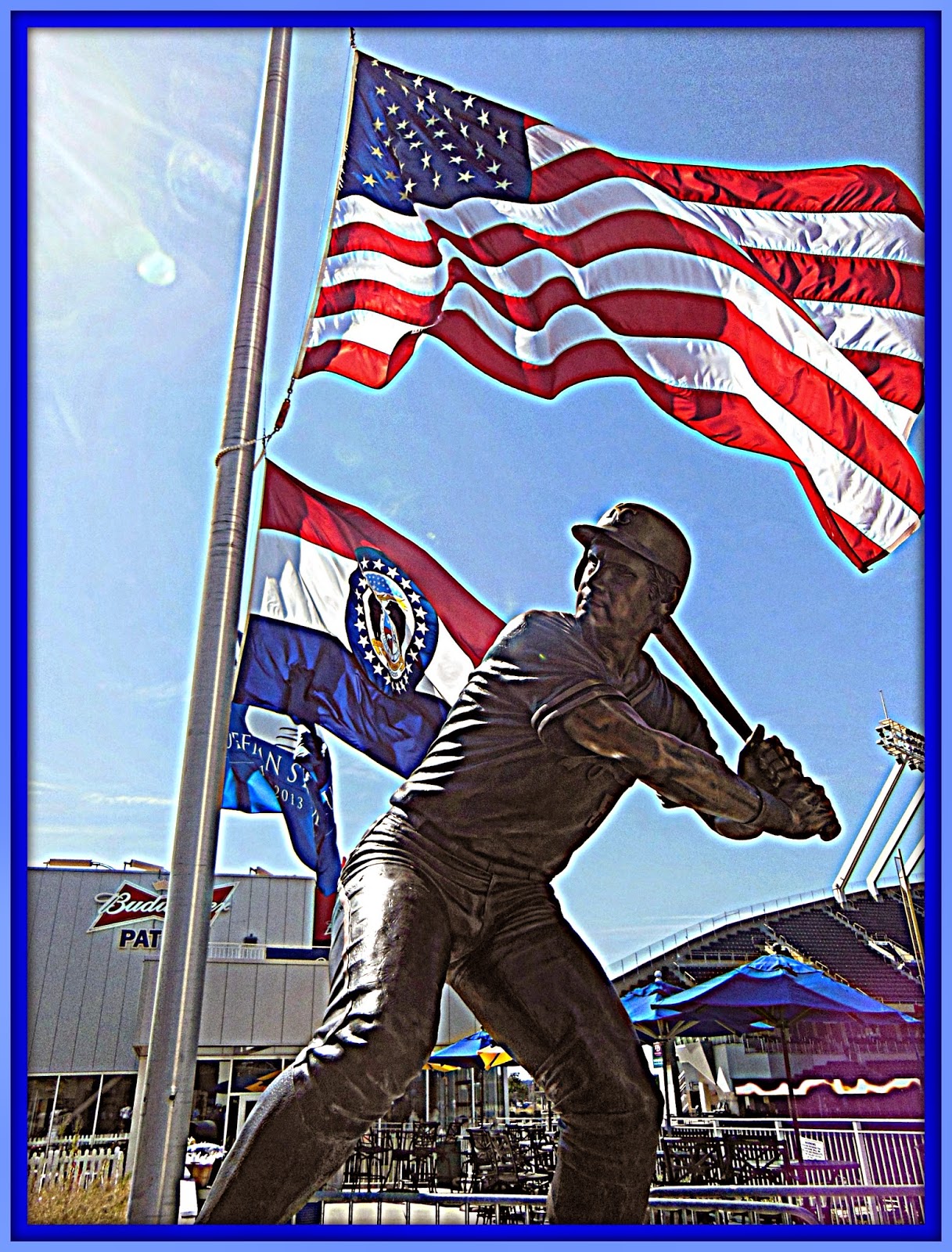 They say confession is good for the soul. So here it is:


I am a bandwagon fan
when it comes to the Kansas City Royals.

My son, Brent, is adamantly opposed to bandwagon fans. It irks him when people say they love K-State football and KU basketball in the same sentence. In his mind, you make a commitment: If you love K-State, you love them through thick and thin, win or lose. It's that purple blood of four generations coursing through his veins. Even though he won't concur, he'll respect a person more if they are KU fans full-time - whether in the shoulder-to-shoulder confines of Allen Fieldhouse or the half-empty stands of KU's Memorial Stadium. 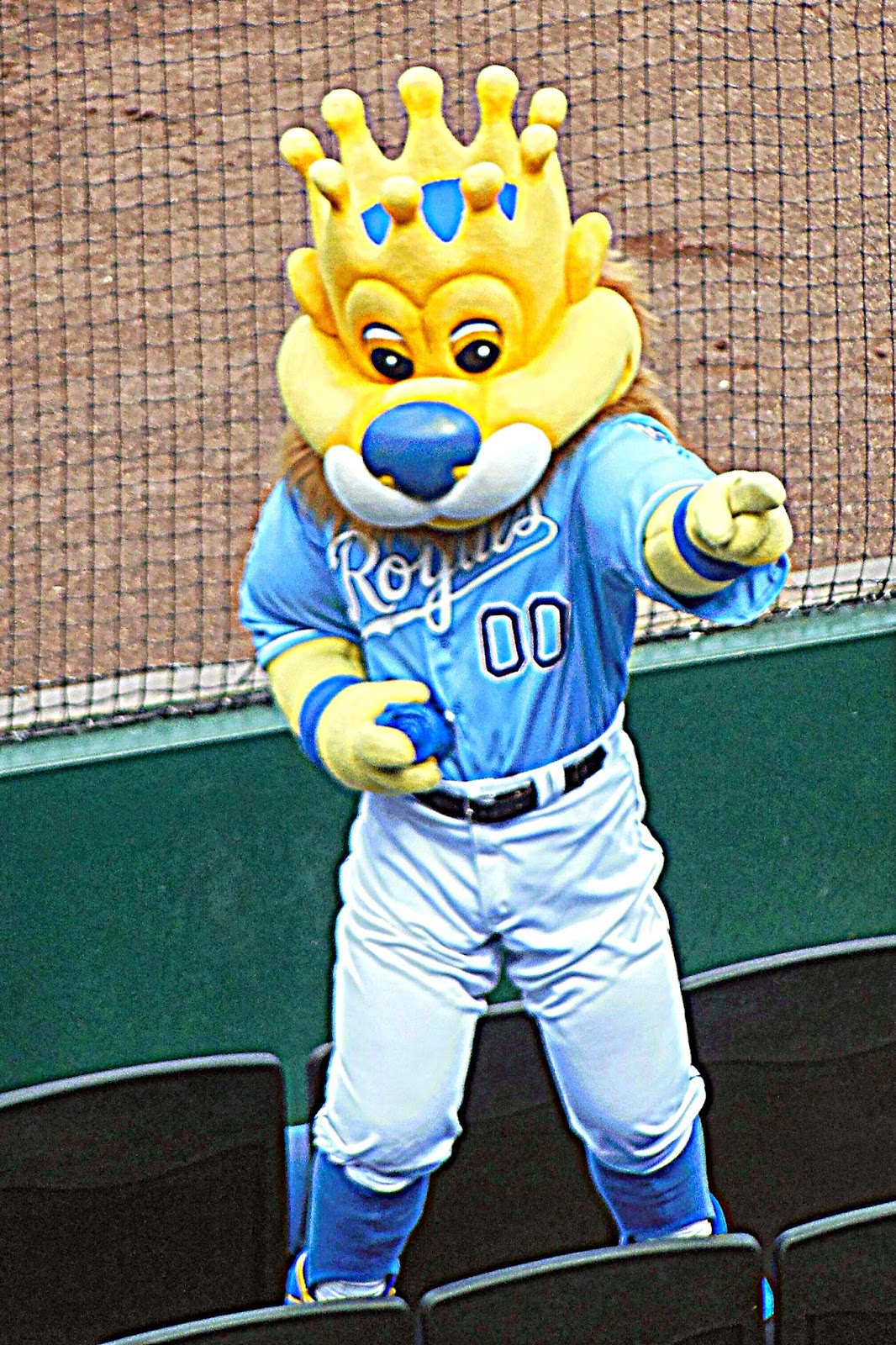 Now, don't get me wrong, Sluggerrr. I don't dislike the Royals. I like them better than any other baseball team. But I'm not the biggest baseball fan in the world. (Now I have my parents up in arms. They are big baseball and women's softball fans and watch it all summer long.) I was a big fan of Stafford Recreation Commission baseball when Brent was playing. I was a big fan of softball when Jill was playing. I'm a huge T-ball fan, no matter who is playing, because of the cuteness factor. That pretty much wraps it up. Give me football or college basketball over baseball any day. 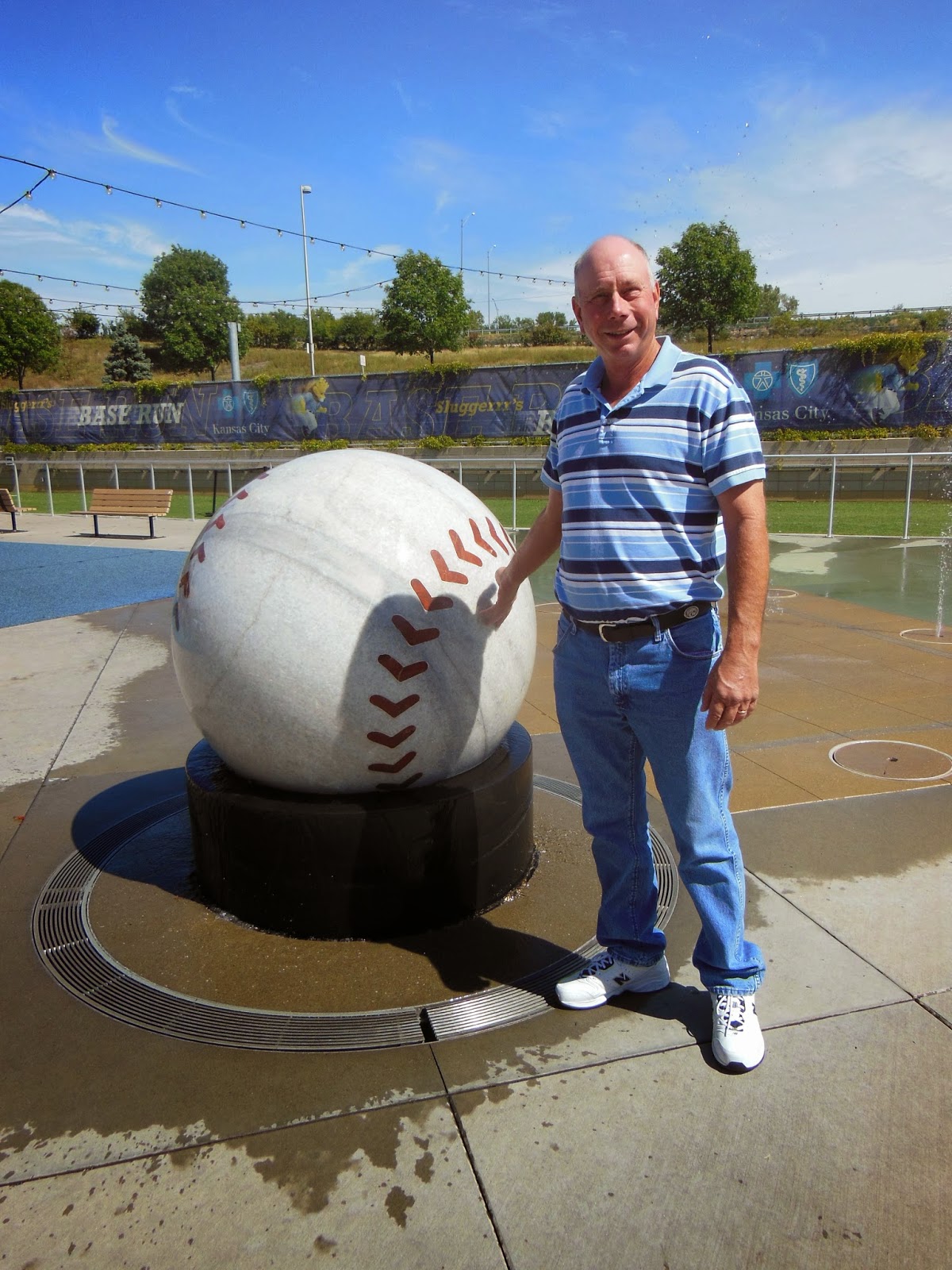 But, with apologies to Brent, I've definitely joined the Royals bandwagon during the playoff season.  We got to go to a Royals game in September 2013, though we didn't make a trip this year. So, as the Royals prepare to take on the Giants tonight, I pulled up my photos from our September 2013 trip to the K. (I can't believe the photos never made the blog. How did that happen?) 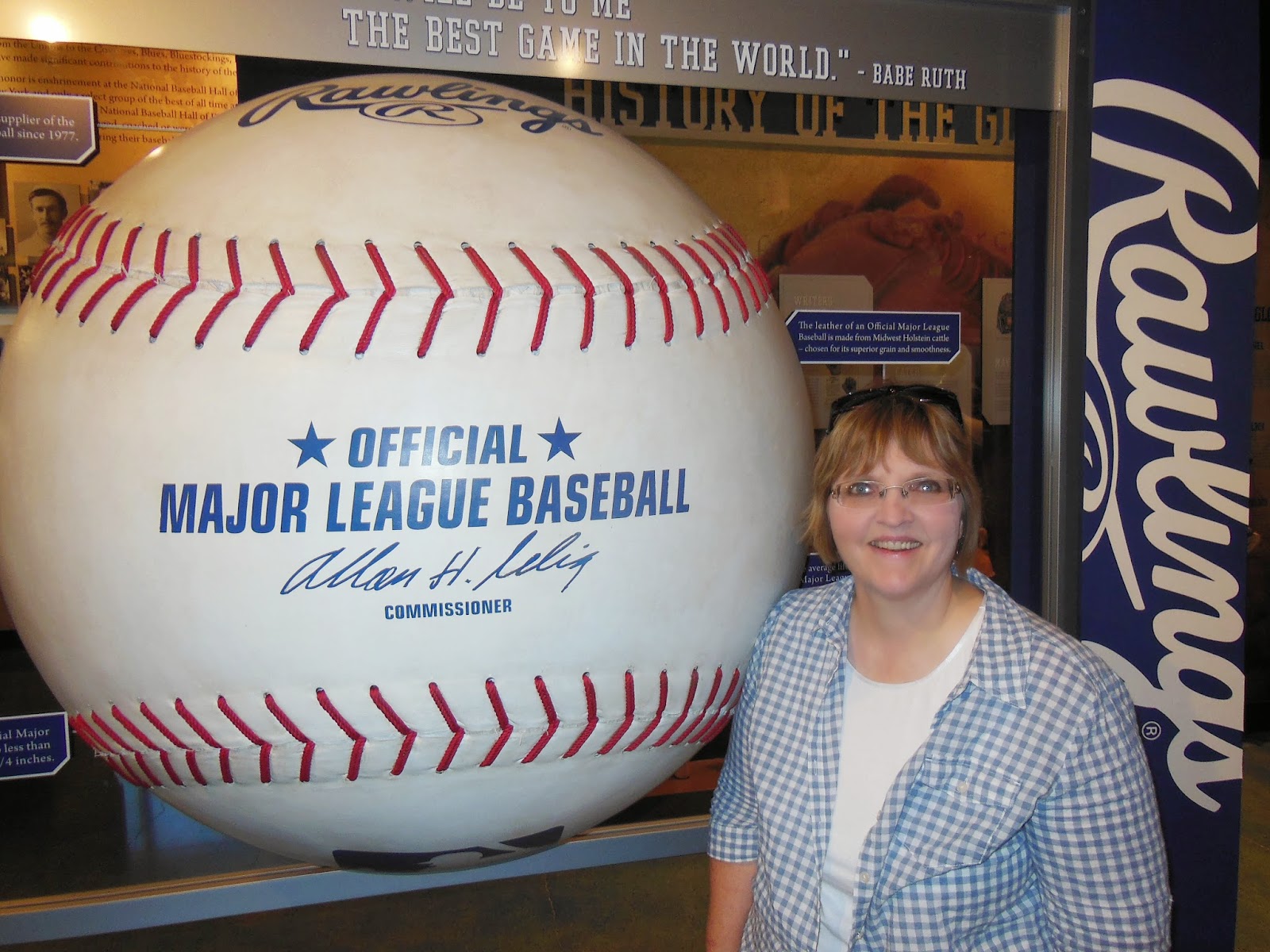 So, there I was, already on the bandwagon, when I read something that made me even more of a Royals fan. Despite all the crowns on the scoreboards and baseball caps, the Royals weren't named for royalty. 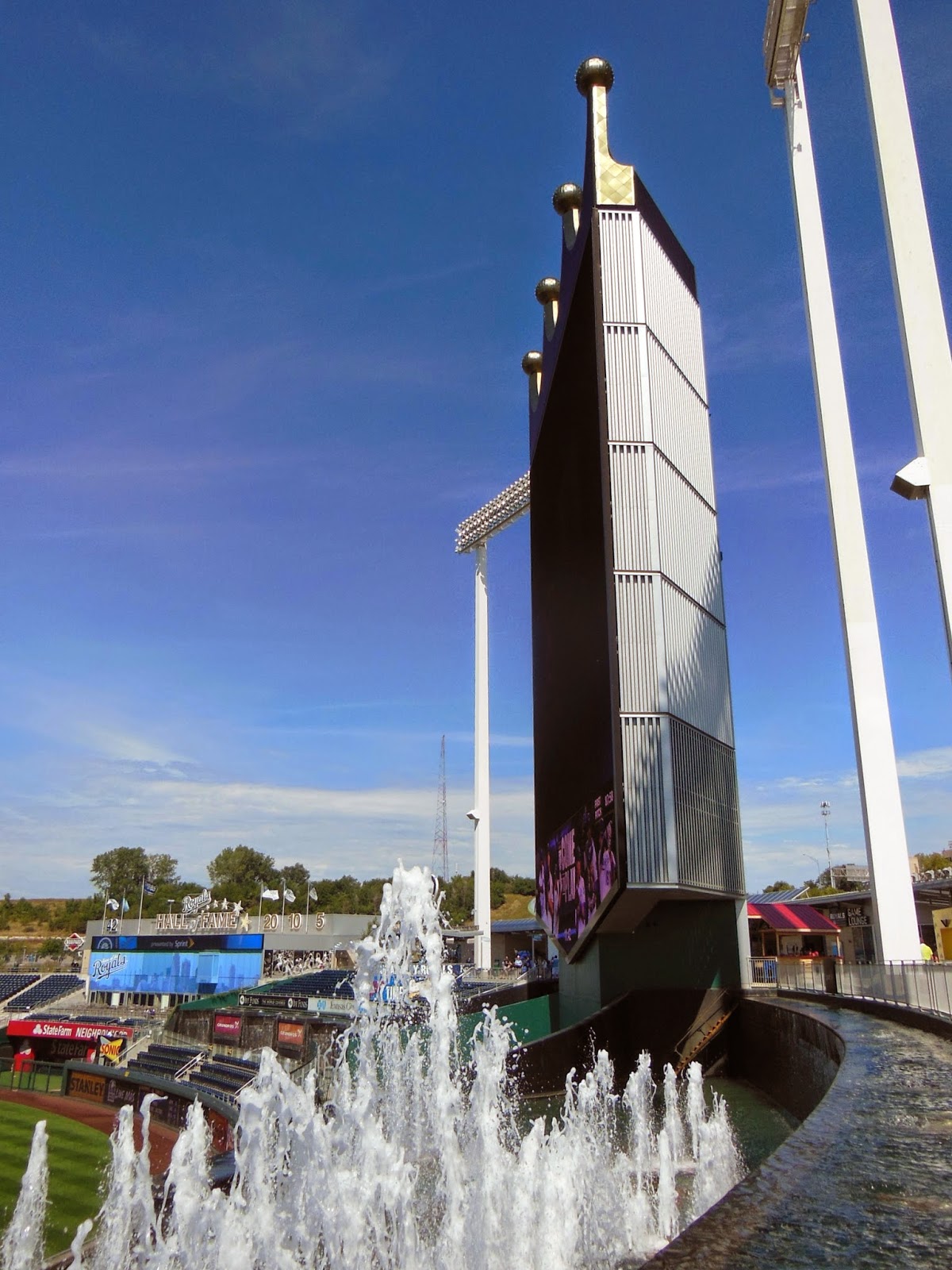 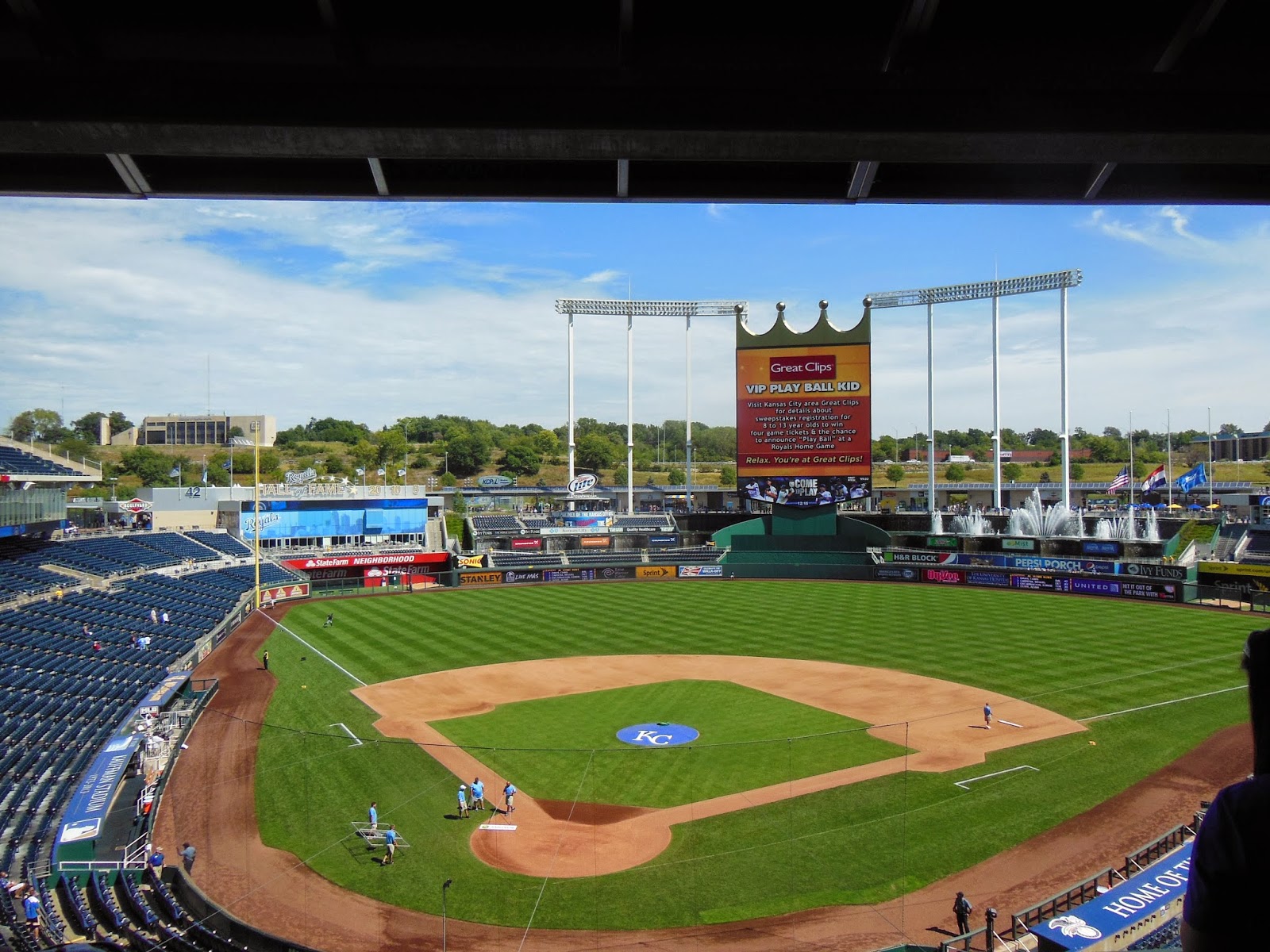 According to an article in The Wall Street Journal, the Royals were named for the American Royal, an annual Kansas City livestock show.


The team's naming was a nod to the city's heritage in the livestock industry. ... A now-deceased engineer named Sanford Porte proposed "Royals" in honor of what he called "Missouri's billion-dollar livestock income, Kansas City's position as the nation's leading stocker and feeder market and the nationally-known American Royal parade and pageant. 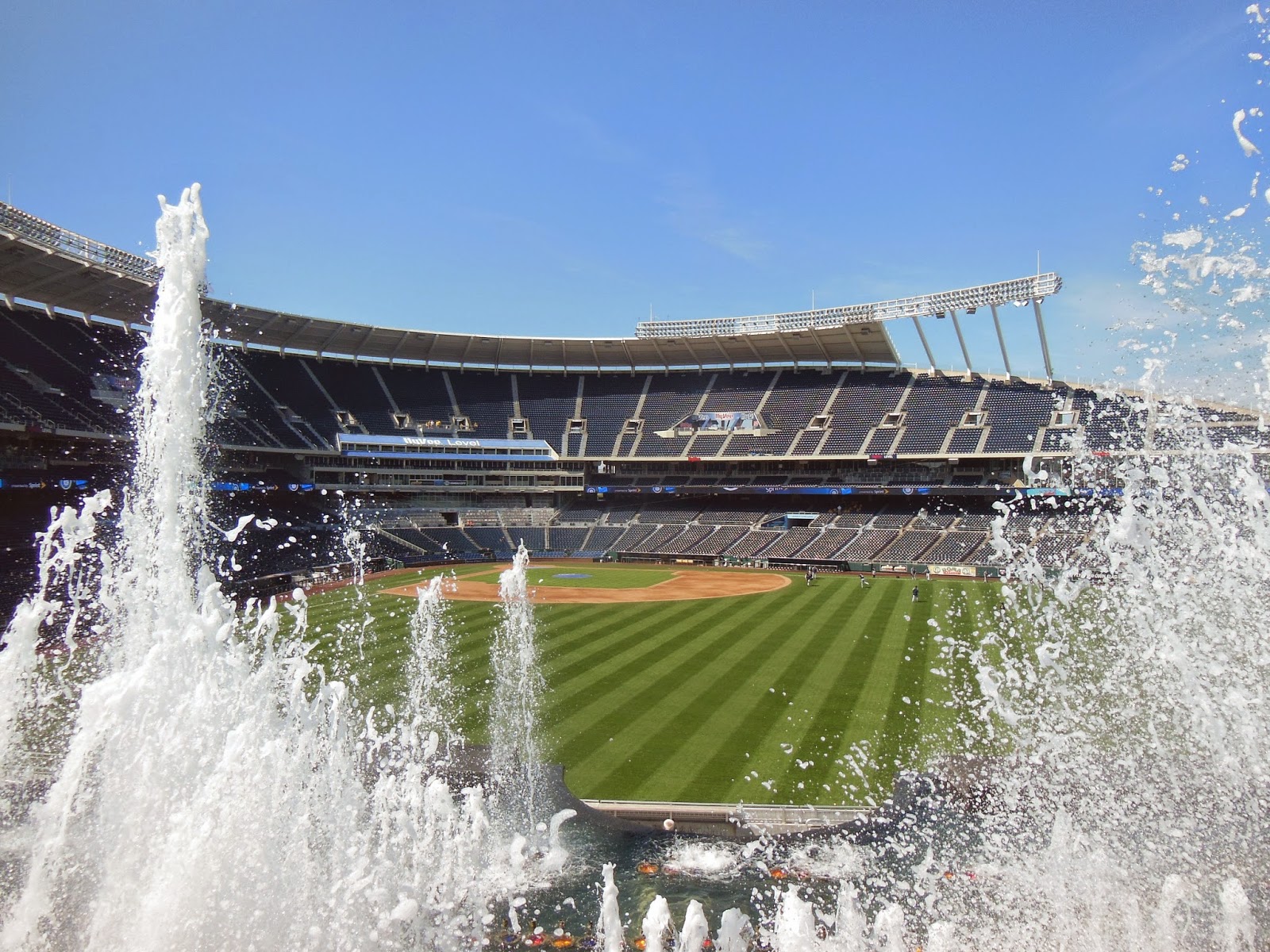 The article noted that some city folk would like to distance themselves from the whole "cowtown" image. But, as a Kansas farming and ranching family, it makes me like them even more. 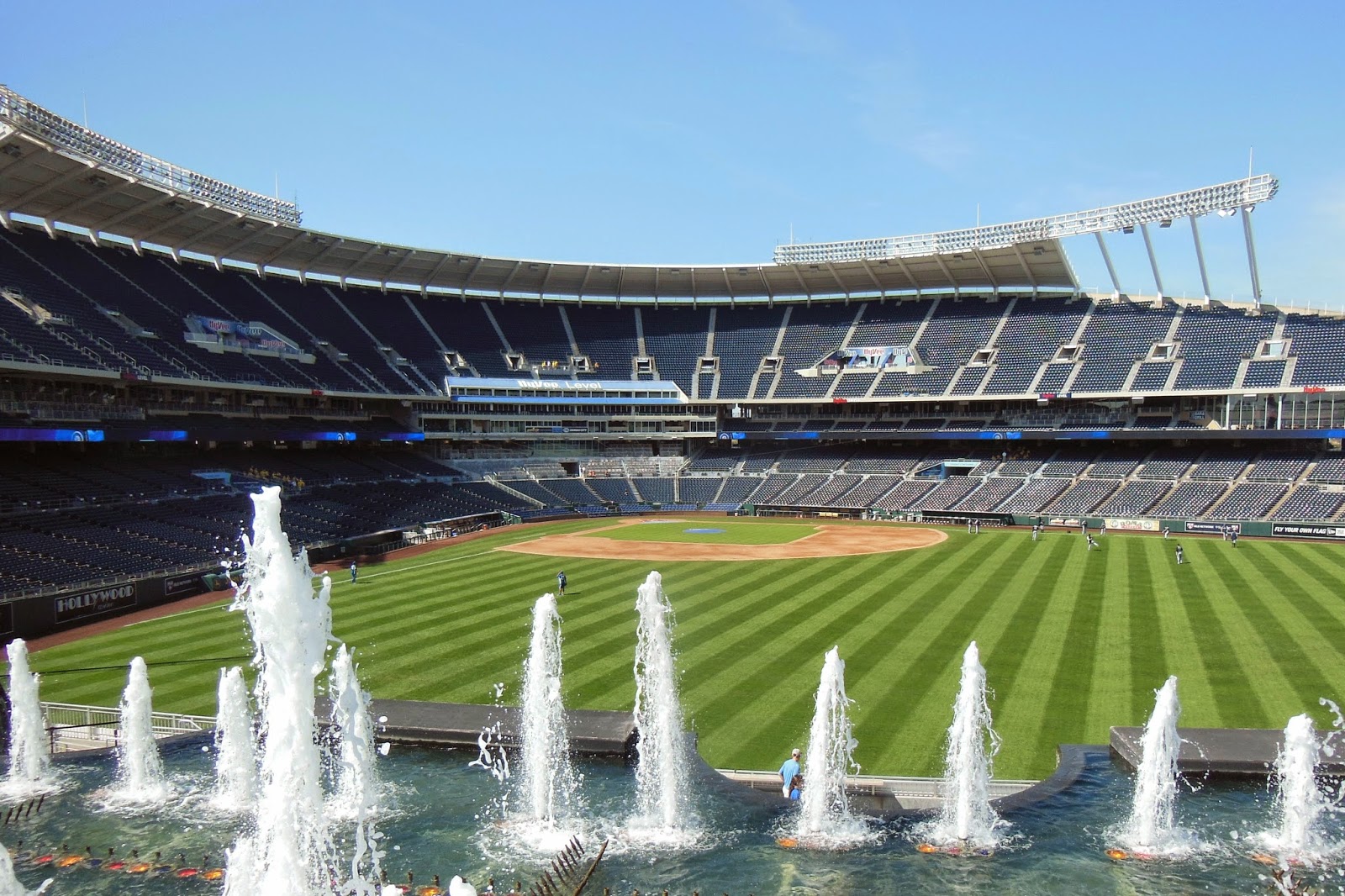 Yes, I admit it:  I'm a bandwagon fan this year. But there's always next year. Maybe I can make the transition to true fan.

Christian recording artist Matthew West was already a Royals fan. He released a parody of the Lorde song last week. I'm guessing Matthew's version isn't getting played in San Francisco this week either: