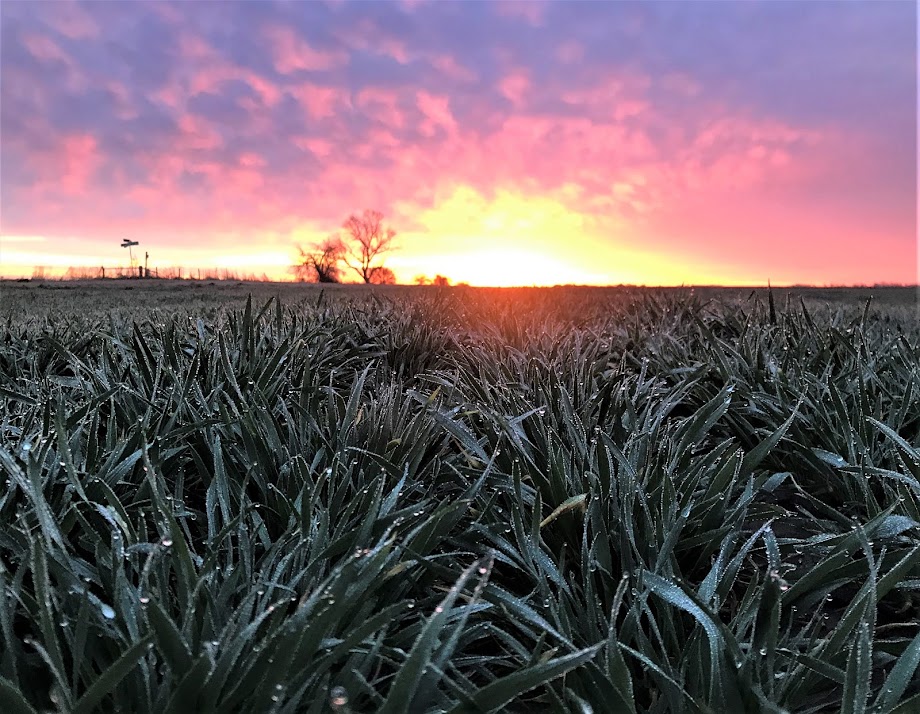 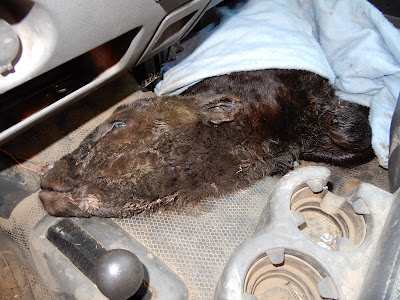 My Grandma Neelly didn't believe in betting. She didn't even like it if you said, "I'll bet you a quarter you will!" or "I'll bet you won't!" for some nonsensical argument among siblings.
If Randy and I were betting folk, we'd have bet that a calf born during sub-zero temperatures last week would not make it. It didn't look good, despite our best efforts. 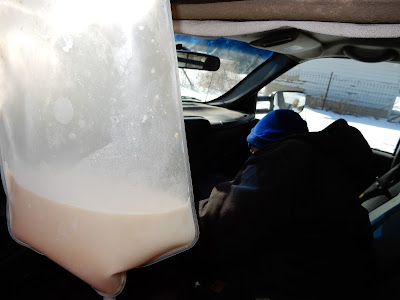 The mama had given birth on snow-covered ground, rather than on the straw that was available. When Randy found it, the mama had done a good job cleaning it off, but the newborn was no match for the snow-covered maternity suite and the wind.

He wrapped it in an old blue blanket and put it in his pickup for a "sauna" treatment, then brought it back to the house. There, we mixed up some colostrum and tube-fed the baby in an effort to help it warm up from the inside out. (And this is why we use the old pickup for these tasks!) 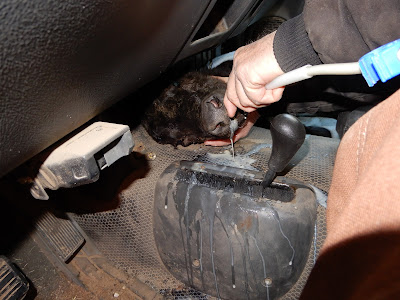 After it was good and dry, Randy deposited it in the straw back at the cow lot. 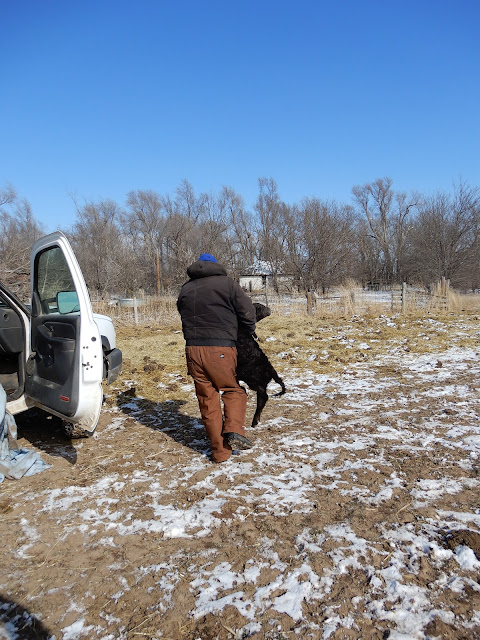 The mama was still waiting where she'd given birth. (You will have to pull up the photo below to see that the black "dot" in the background is actually the mama cow.) 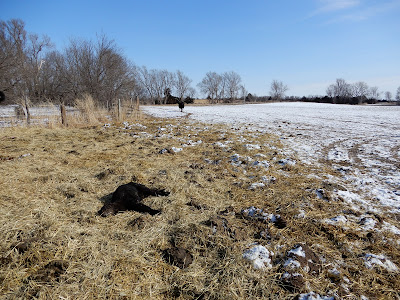 Randy walked around the mama and herded her up toward the baby. 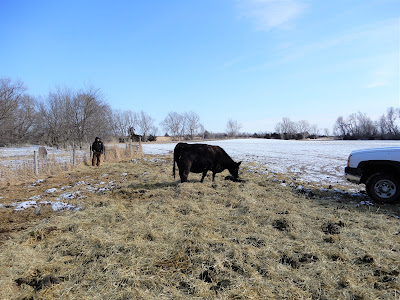 We left them alone, but the baby was still limp and unresponsive when we left. 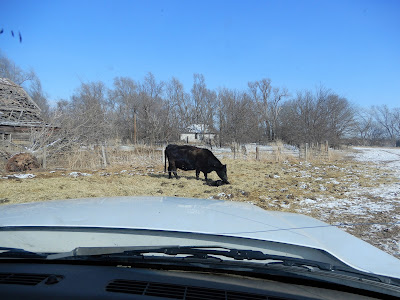 Nothing had changed when Randy checked two more times that evening and night. He came back to the house and said he thought it wouldn't make it.

However, Wednesday morning, he was delighted to discover that the calf was up. It was still wobbly, but it was up and trying to nurse.

By Thursday, it was nursing well ... 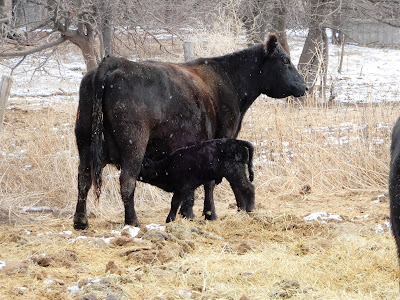 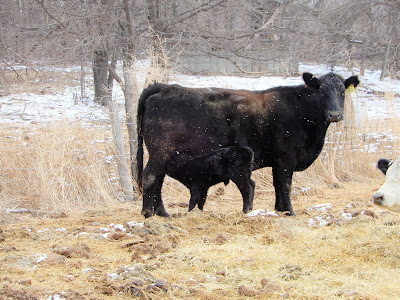 ... and following mama around the corral. 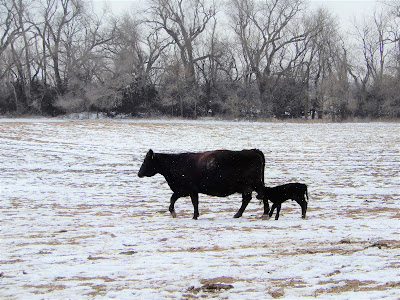 "That is a good mama," Randy said, while we watched the pair. (The mom was not relishing our paparazzi moments.)

I've had a song on repeat in my head ever since, "Miracle of Miracles" from the musical "Fiddler on the Roof." (Click on the link to watch the clip from the movie.)

Over and over, the lyrics repeat "wonder of wonder, miracle of miracles."

We did lose one calf from a heifer during the extreme cold. Thankfully, most of our heifers had calved prior to the sub-zero temperatures. Several veteran mamas found the straw or weeds in the pasture for cover.

Ironically, we've had more loss outside the polar plunge. There was a dead baby calf in a pasture Sunday evening. The mama had done a good job cleaning it off, and there was no discernible reason that it didn't survive. 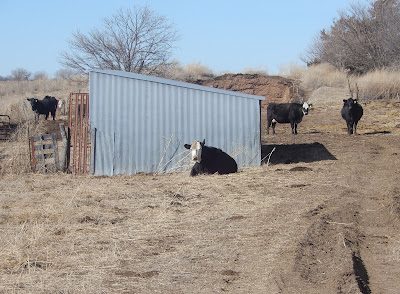 Monday morning when we fed, the mama was in the same place she had given birth. She was there again last evening when we checked the ladies at dusk. It broke my heart.

In addition, we had a mama cow die on Saturday night, with a baby still in utero. However, it wasn't in labor at the time, and we don't know the reason for the mama's death. We also had a five-day-old calf die several weeks ago: Again, we don't know why that happened.

But, thankfully, there are many more miracles than heartbreaks. 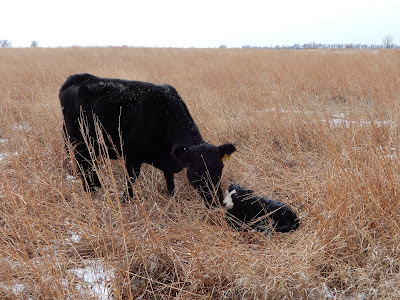 Thursday morning, we watched as a brand new calf stood up for the first time. 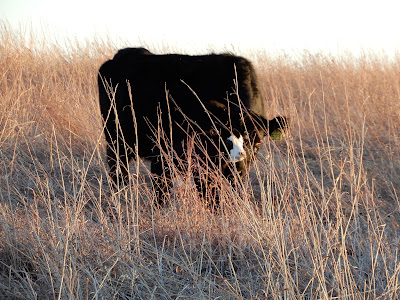 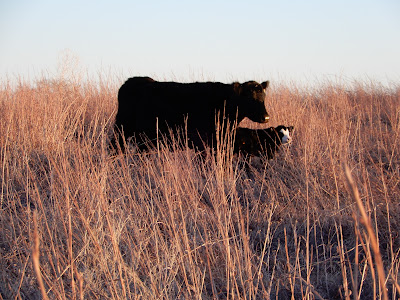 Yesterday, I watched baby calves chase each other in the pasture in the warm sunshine. No wonder I can't get "wonder of wonder, miracle of miracles" out of my head. 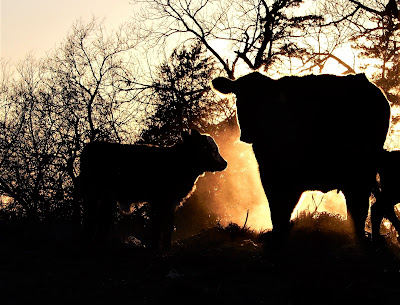