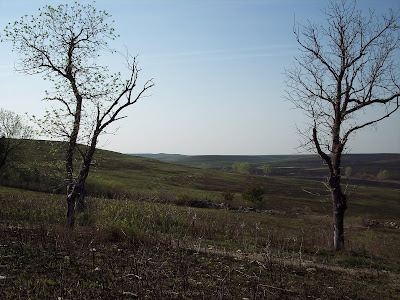 When I'm in the prairie ... when the wind blows a soft kind of sound almost like music, I think I hear big orchestras with lots and lots of people playin' all kinds of horns and violins, drums and things and it goes on and one for a long time - comin' and goin' with the wind ...
Gordon Parks
Kansas Poet and Novelist 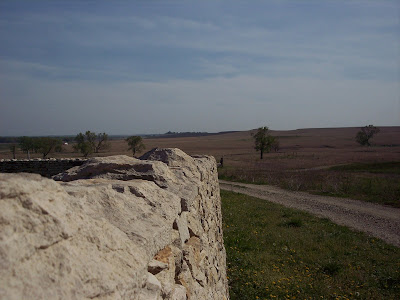 Kansas has an inferiority complex. The powers that be at the Kansas Travel and Tourism division are always trying to come up with clever ways to market the state.

The current motto is "Kansas: As big as you think."

I'm pondering that one. Many people THINK that Kansas is a flyover state, a bit of boring while you make your way to the Rocky Mountains. These misinformed folks may not THINK much of Kansas at all.

And the slogan just perpetuates the thought for those naysayers. If they are driving through Kansas on their way to somewhere else, then I suppose it's mighty big, all right.

In my humble opinion (and that's what I get to have in this space), Kansas is so much more. I prefer an old slogan: Kansas, the Land of Ahhs.

While we may not have the Rocky Mountains in our backyard, there is plenty of scenic diversity in Kansas.

A couple of weekends ago, I attended a Kansas Professional Communicators conference in Council Grove. I ducked out of the last session so I would have time to stop at the Tallgrass Prairie National Preserve. (The session was Grammar Slam, so I probably should have stuck around, but I played hooky instead.)

On occasion, we've taken an alternate route from the County Line to Manhattan. Instead of taking I-35 and I-70, we have meandered through smaller towns along U.S. Highway 50 to look at grain bins or farm machinery. So I've seen the big stone barn, limestone home and outbuildings just off K-177 that are the headquarters for the Tallgrass Prairie Preserve.

But this was my opportunity to stop. I was too late to tour the buildings, but I could still wander the grounds and take in the scenery. 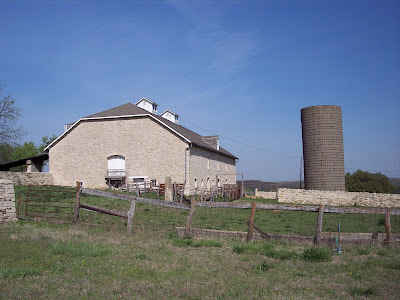 I was even more enthused about my stop because I'd just heard Emily Hunter talk to the KPC group about the Symphony of the Flint Hills. She is the executive director of the event, which brings the Kansas City Orchestra to the Flint Hills for an outdoor concert.

As a side note, if those tickets weren't sold out only 1 hour and 42 minutes after being released this year, I would be campaigning for Randy to take me. This June 12 will be the 5th anniversary of the Symphony of the Flint Hills.

For one day in June, 5,000 people venture into a private pasture along the Flint Hills Scenic Byway of Kansas. Each year, it's been a different venue and pasture. The visitors have spent the day exploring the beauty of the tallgrass prairie and learning a little about it - past and present. And in the early evening, they are treated to a concert under the Kansas skies by the Kansas City Symphony. 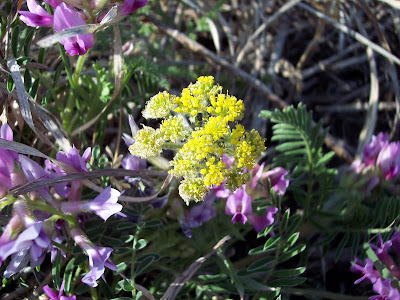 Even though I didn't get a concert during my recent visit, I was treated to blooming wildflowers and beautiful vistas. If you listen carefully, you can hear and even see the symphony that Gordon Parks talks about in the quote at the top of this post. 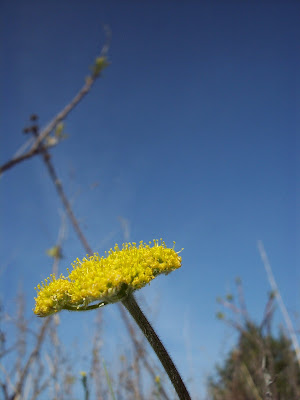 It just confirmed for me that there is plenty of diversity in Kansas. The rolling Flint Hills are different from my home in south central Kansas, which is dominated by cropland.

And just an hour or so south of the County Line, a drive through the Gypsum Hills of Barber and Comanche Counties will stir up red dust.

How can anyone think Kansas is boring? This spring, the Kansas landscape has been painted with budding trees, blooming wildflowers and majestic skies.

I think the folks in the Flint Hills have the right idea. After this year's fifth-anniversary concert is complete, they will have shared the beauty of their area with more than 40,000 people. More than $3 million will have been spent, with 74 percent going directly to Flint Hills rural enterprises and services.

Maybe I'll try for tickets to the Symphony of the Flint Hills next year. But for now, this video clip will have to hold me. Hope you enjoy it, too!