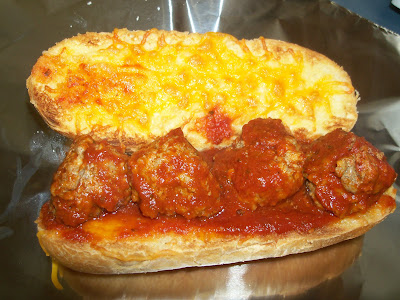 I like to cook and bake. But I also want to make the most of the time I spend in the kitchen. When Brent was home, I decided to do a little multitasking.

One of his mealtime requests was BBQ Meatballs. It makes a big recipe, so I put some regular-sized meatballs in the freezer for another meal. I use a regular-sized ice cream scoop to make uniform main dish meatballs. I put Curly's BBQ sauce on the main dish meatballs and then stuck them in the freezer to use later. (The original recipe had a homemade BBQ sauce; my family likes Curly's better. Who am I to argue when it saves me time?) 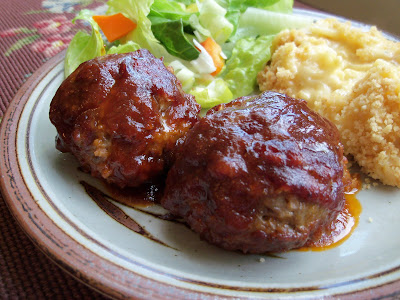 Then I used a smaller scoop to make miniature meatballs. These smaller meatballs also went into the freezer, but I didn't put any kind of sauce on them. I pulled them out for Meatball Subs, one of the suppers I transport to the field.

I thawed the meatballs and then browned then in a non-stick pan. For these sandwiches, I used a hoagie bun and put a mixed shredded cheese on both the top and bottom. Then I broiled it until the cheese was melted and slightly browned. 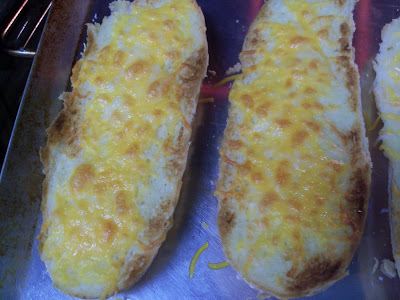 You could make your own spaghetti sauce, but I used a jarred sauce. I put a little in the skillet after the meatballs were cooked through. Then I spread a little bit on the bun before putting down a quartet of meatballs.

The verdict? They were better than Subway's version. (Of course, Subway isn't delivering to the field, now are they?) 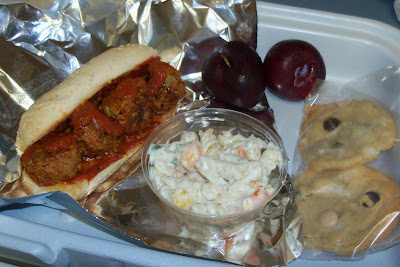 Even if you're not carting meals to the field, this is a good way to make your family think they are getting different meals - even when it's the same ol' meatball. And it saves you a little time, too. Bonus!
Posted by Kim at 6:30 AM