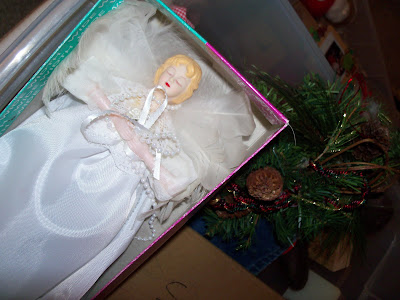 Down come the twinkling lights. The treetop angel is tucked away in the shoebox.

This year, I'm packing away two Christmases. Since Kinley came a little early, Jill and Eric hadn't cleared away Christmas before going to the hospital for the best gift of 2011. So Randy and I packed away their ornaments and took down the nativity scene while they were still in the hospital. We swept up the pine needles and got the house ready for their new adventure.

If I don't hurry, I won't get our own familiar ornaments nestled carefully inside their bubble wrap and stowed for another year before Epiphany, January 6 (though I did get everything but the tree dismantled yesterday).

But then I had an epiphany of my own. Last year, when we were in South Carolina to deliver Brent's belongings, we happened across this scene outside St. Peter's Catholic Church in downtown Columbia. 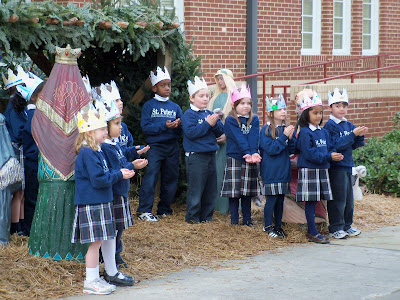 It was Epiphany, and the teachers were taking the little ones' photo by the church's nativity scene. The children had their hands cupped, as though offering a gift.

God doesn't make his exit with the last of the leftovers. He doesn't disappear when the last of the Christmas stamps are used up. His gift is that He came and stayed among us.

Maybe "Joy" doesn't hang from the kitchen window the rest of the year. 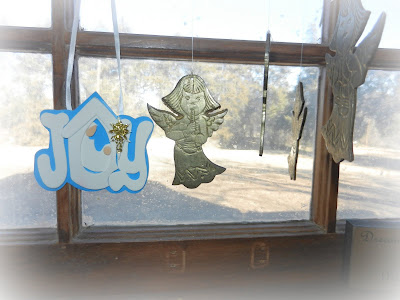 But it should hang around in my heart. That should be my gift to the King. I shouldn't need multicolored lights to remember that. 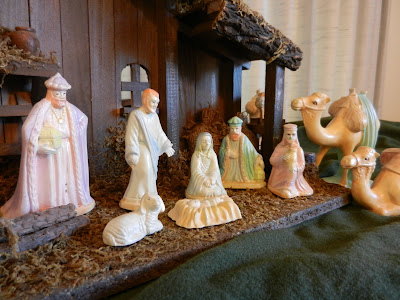