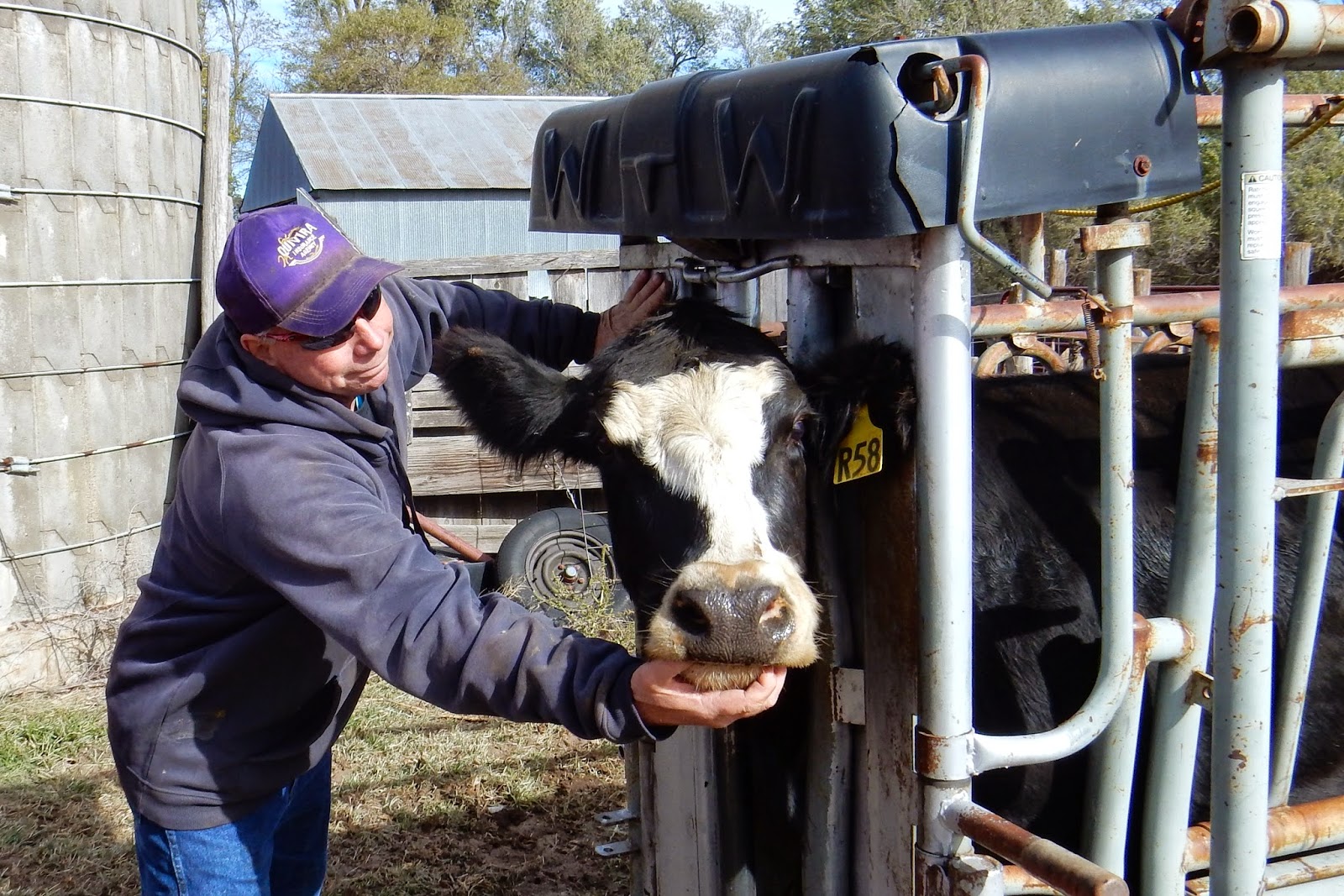 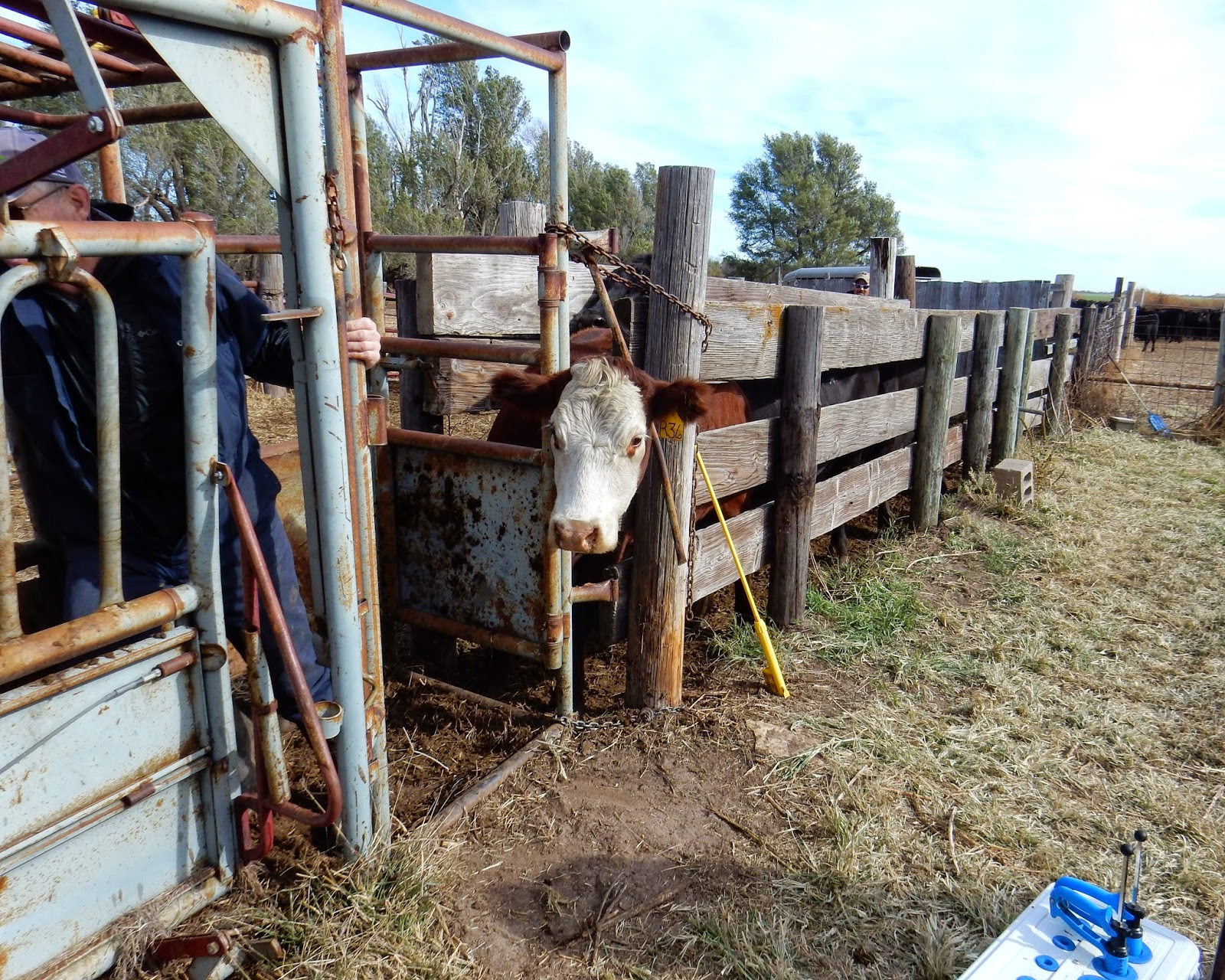 Her bunk mate, R36, was ready to break out, too. (It's not a good thing when iron bars come loose during cattle working, but thankfully, R36 was our only attempted escape.) 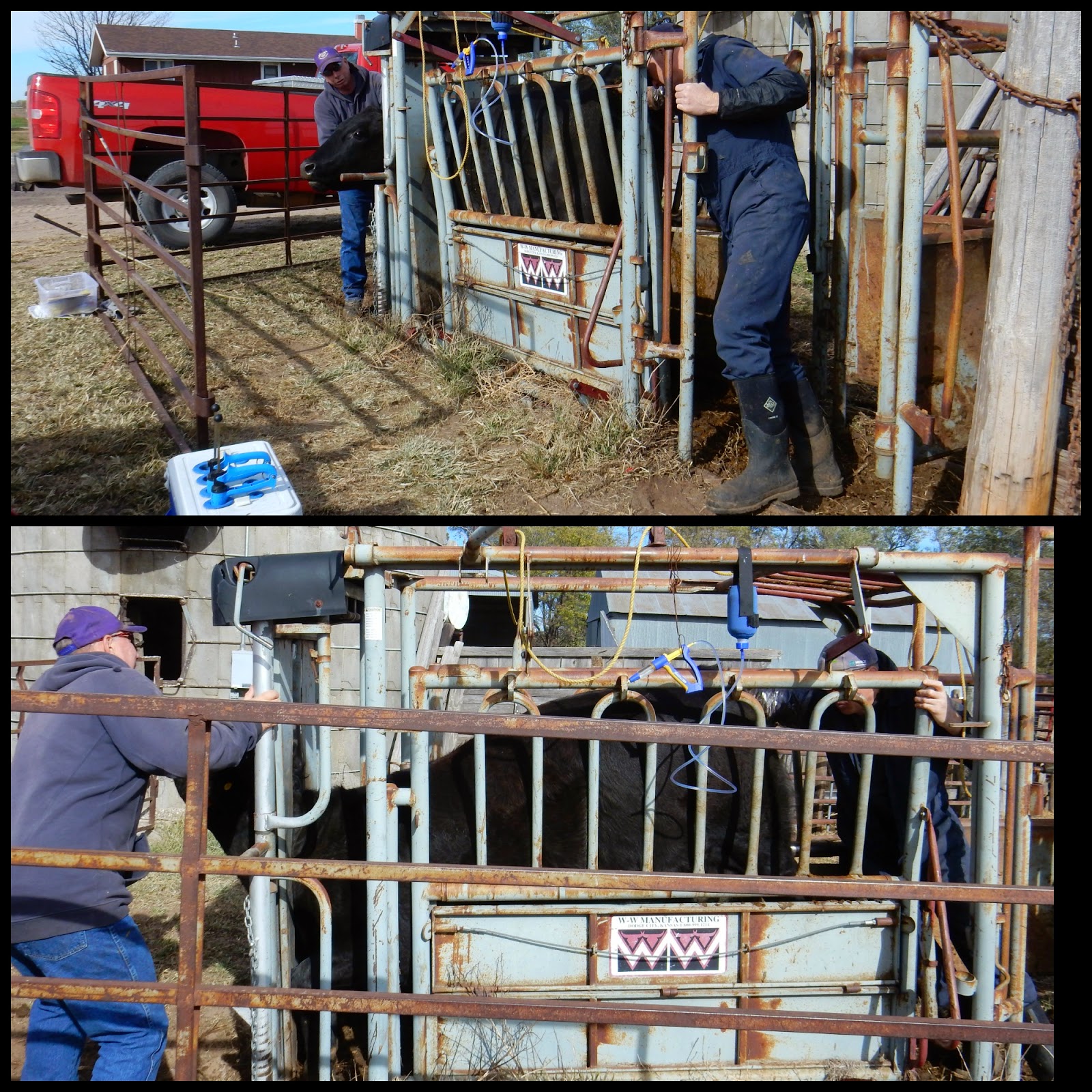 Dr. Dayul Dick checked out R58 and R36, along with our other ladies in waiting, during a recent veterinarian visit. (Yes, Dr. Dick's arm is in the business end of the cow, while Randy is checking her teeth at the other end.)

In actuality, Randy was checking R58's teeth to approximate her age. These days, we use identification eartags that indicate which year each calf was born. For example, our tags this year started with a "4", indicating the calves were born in 2014.
However, sometimes the eartags are lost, so we have to substitute new ones. In that case, Randy checks the cow's mouth for teeth. If she is lacking in dental health, we identify her as "old" in the records. (Perhaps, with all my teeth problems, I should be more nervous about my longevity on the County Line. It's a good thing a similar policy has not been instituted for humans. Just saying!)

During Dr. Dick's internal exam, he estimates the age of each cow's fetus, which his assistant records. 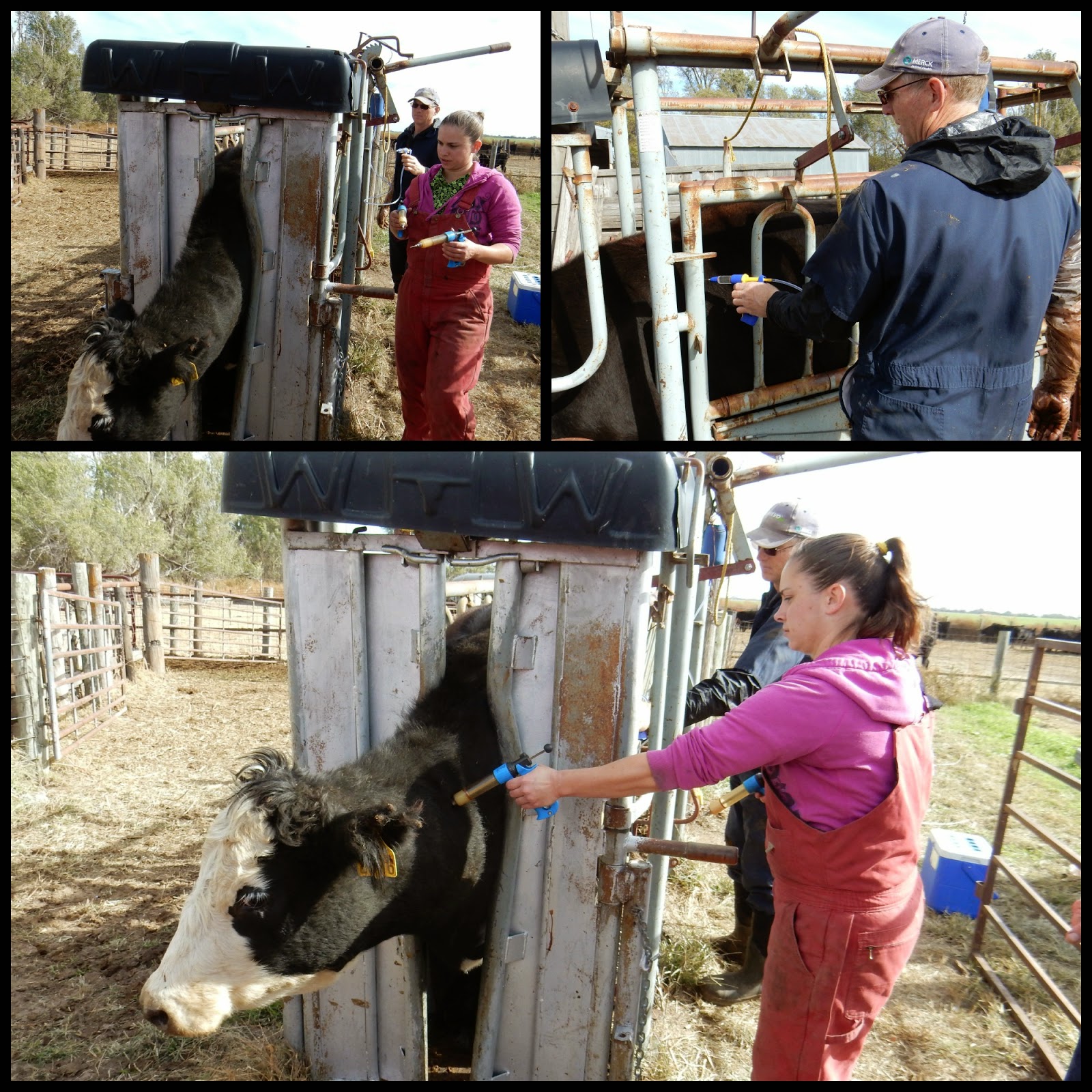 They also give the cows shots for blackleg and PBD (persistent bovine diarrhea), as well as a shot for internal and external parasites. 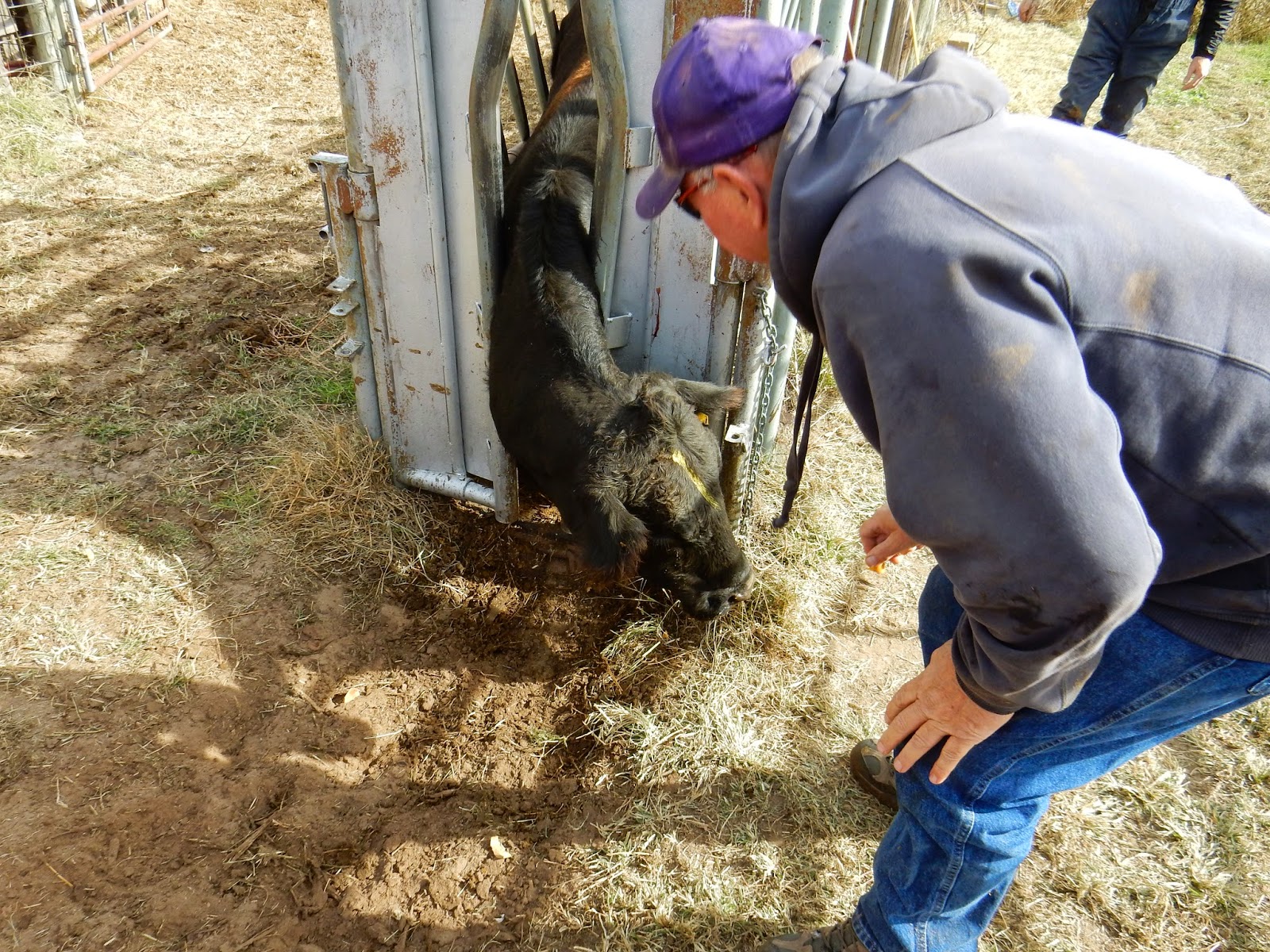 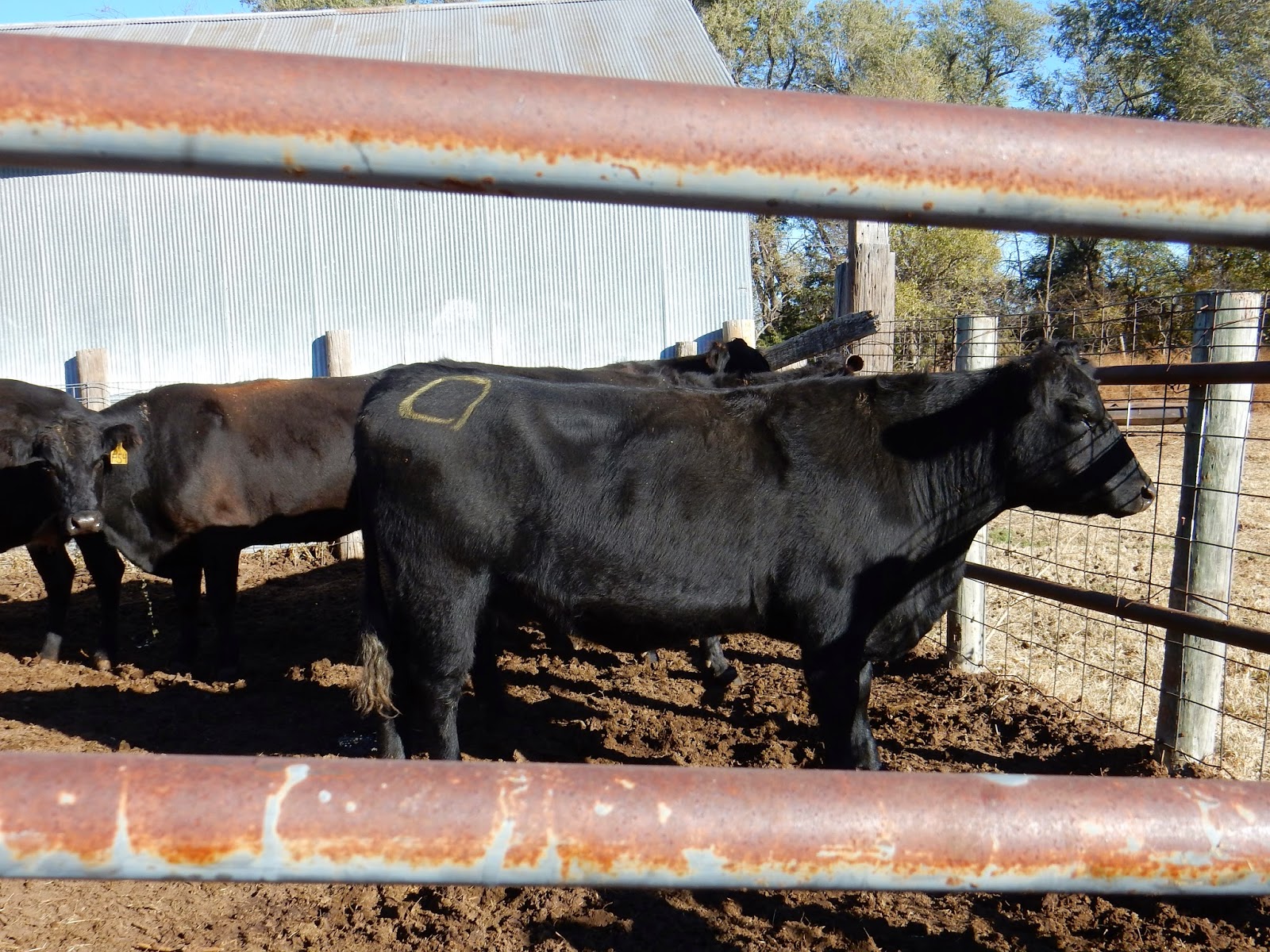 Sometimes, the cows have not been bred. All 26 cows at the Rattlesnake pasture were pregnant. However, six of the 69 from the Ninnescah Pasture were "open," meaning they weren't pregnant. When a cow was open, Randy marked its forehead with yellow chalk and drew big "O"s on both their flanks. That helped us quickly determine which ones we needed to sort off to take to the cattle sale.
The ones who were pregnant were taken to their winter locations. Some of the Ninnescah pasture cows went to the Peace Creek pasture on a beautiful fall day. Others in that group went to the round top, but I didn't get a good photo there. 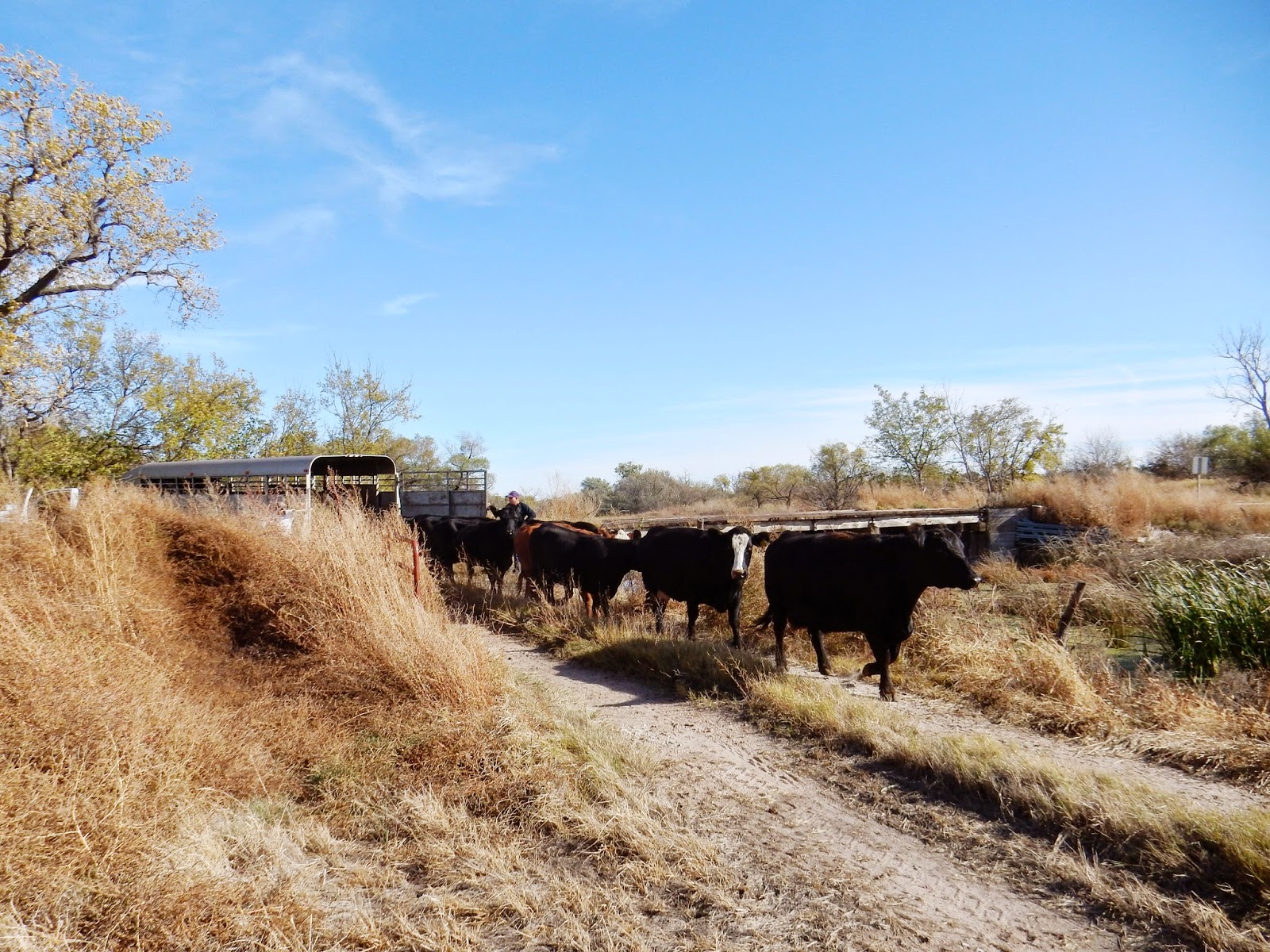 The cows from the Rattlesnake went to graze on some alfalfa ground and to eat sudan stalks.
It was a nice warm day, when we moved them on November 5. 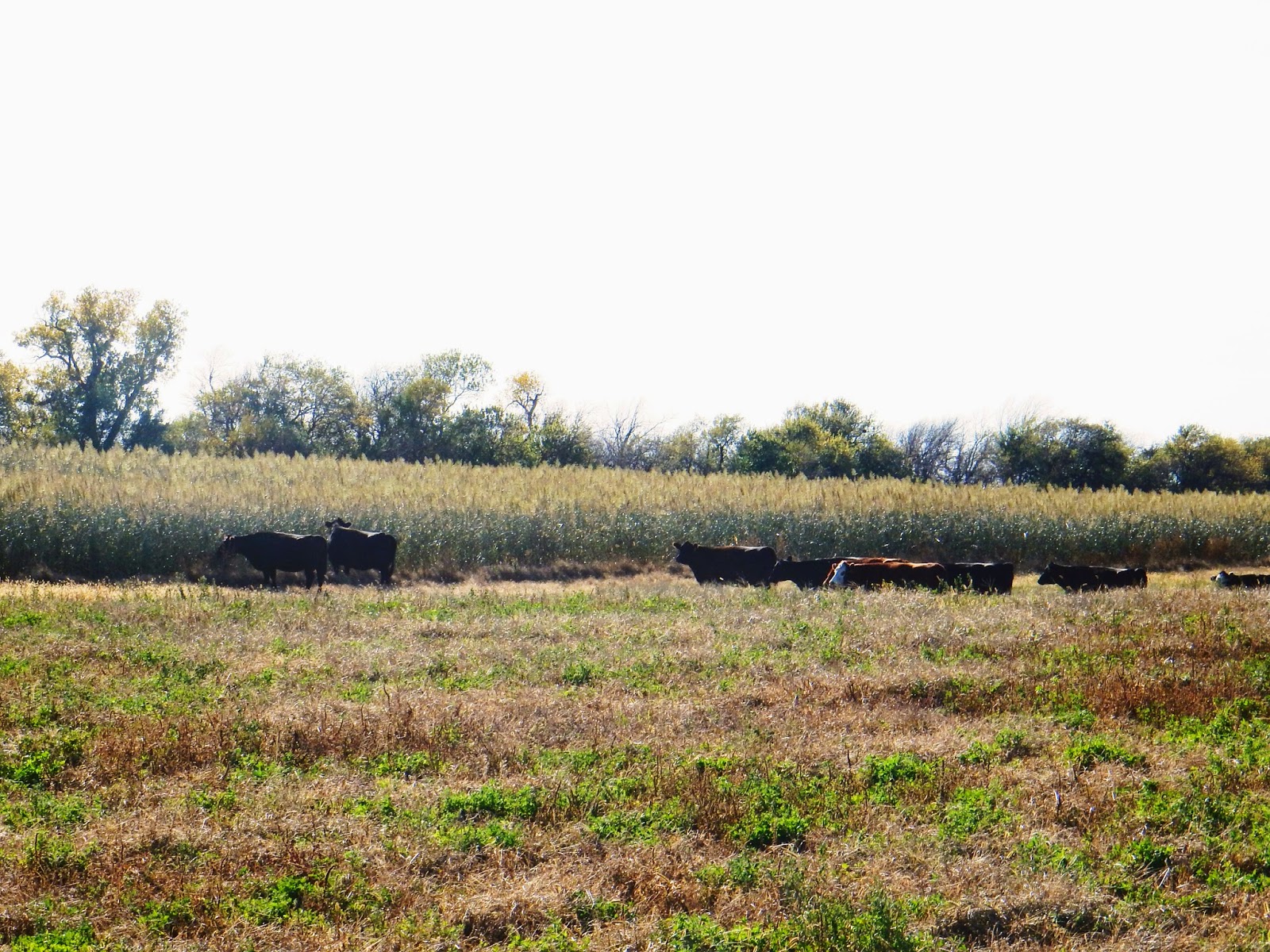 It's looking a whole lot different these days, after our snow last weekend and more than a week of below-normal temperatures.
Our County Line maternity ward will officially open in late January with the heifers. Then, in February, the other ladies in waiting will begin dropping calves.