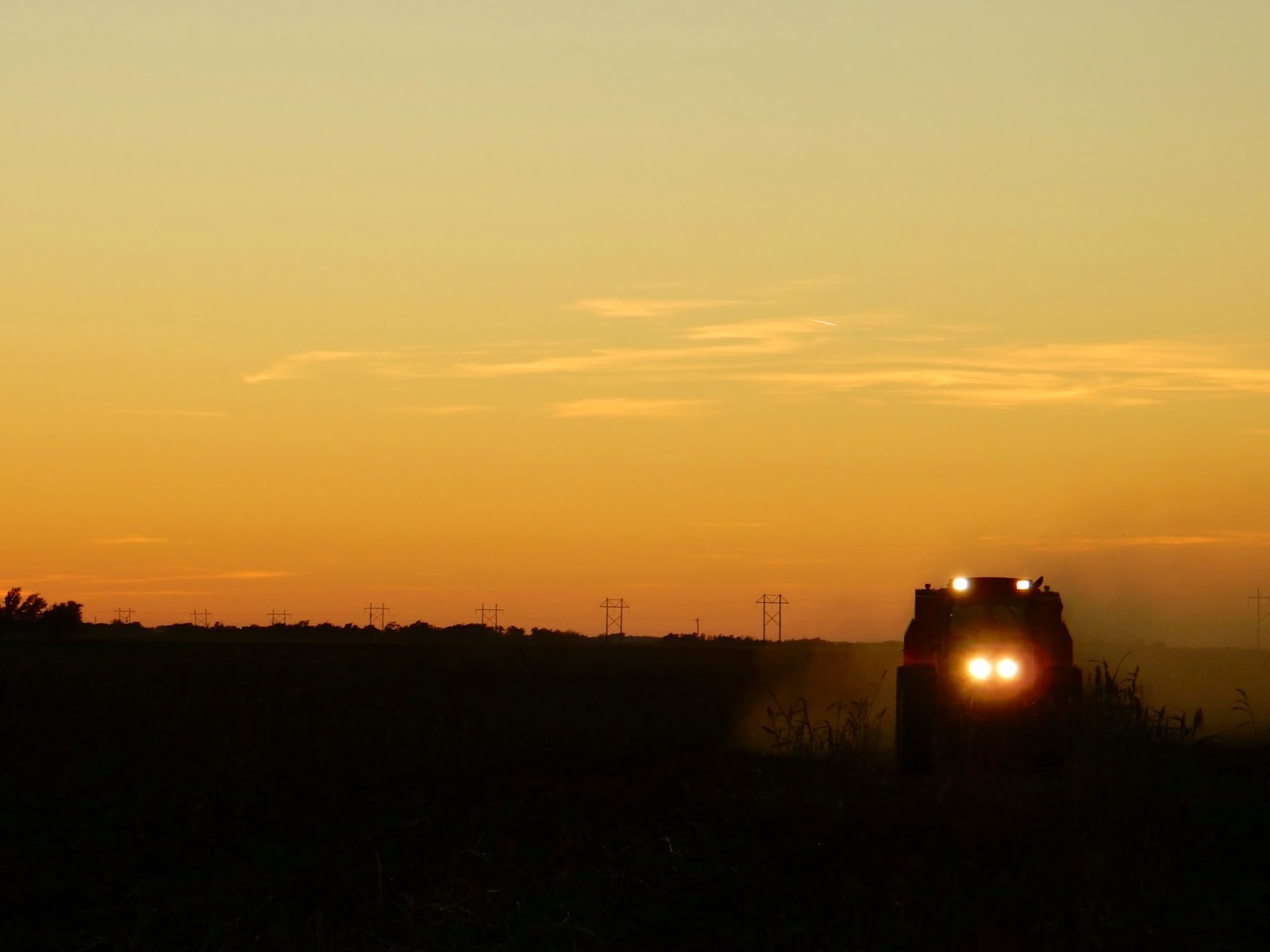 Here in landlocked Kansas, I don't know anything about that. But it was red sky at night, baler's delight here on the County Line last week. As the sky was providing another spectacular sunset, Randy was finally starting to bale the sudan field across the road. (For a step-by-step pictorial of a sudan harvest, click here.) 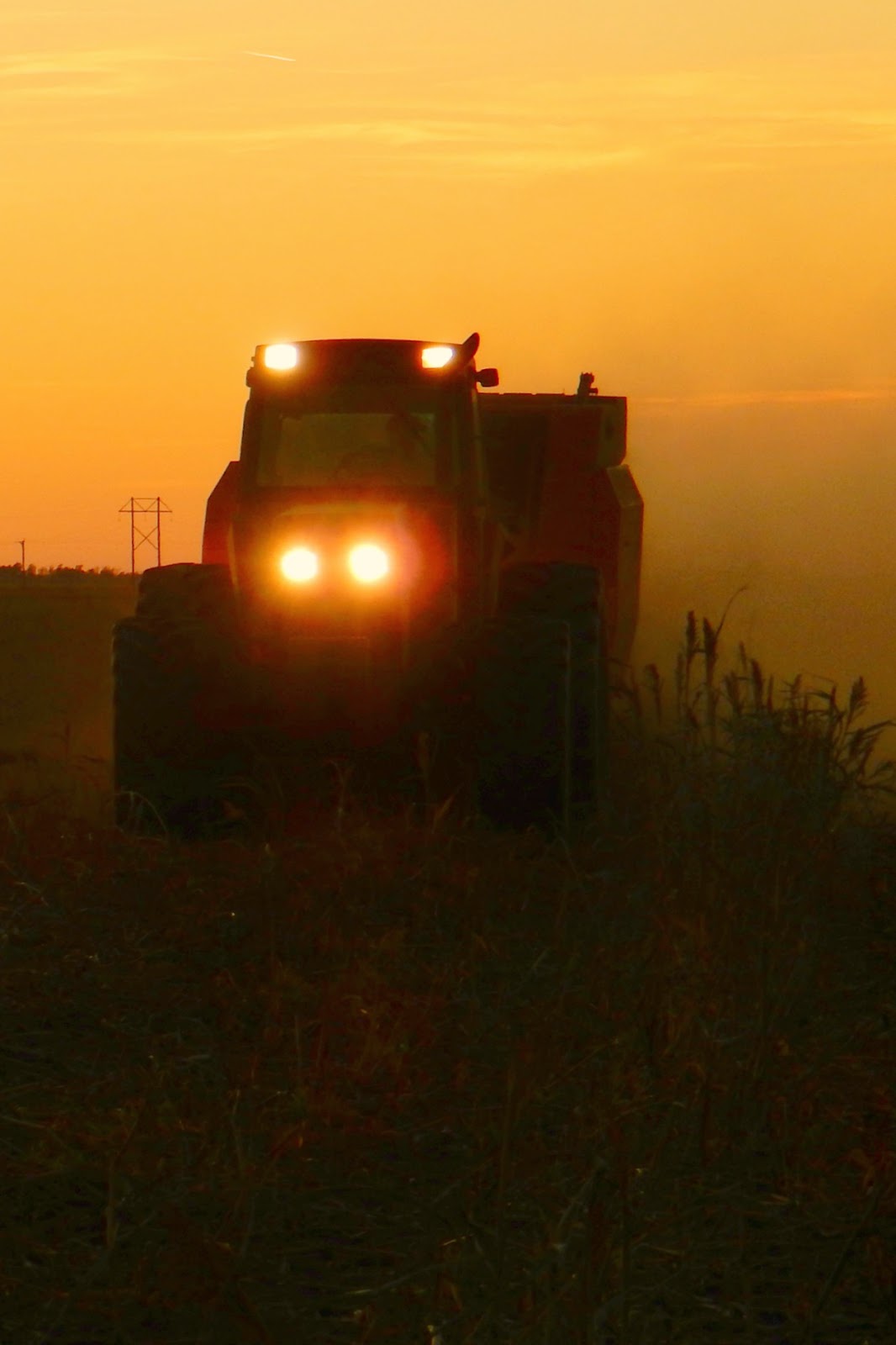 However, as seems to be the norm this year, the baling was curtailed by another breakdown - this time, a broken belt. The next morning, it looked kind of like a coiled snake, ready to strike havoc on finishing up haying for 2014. 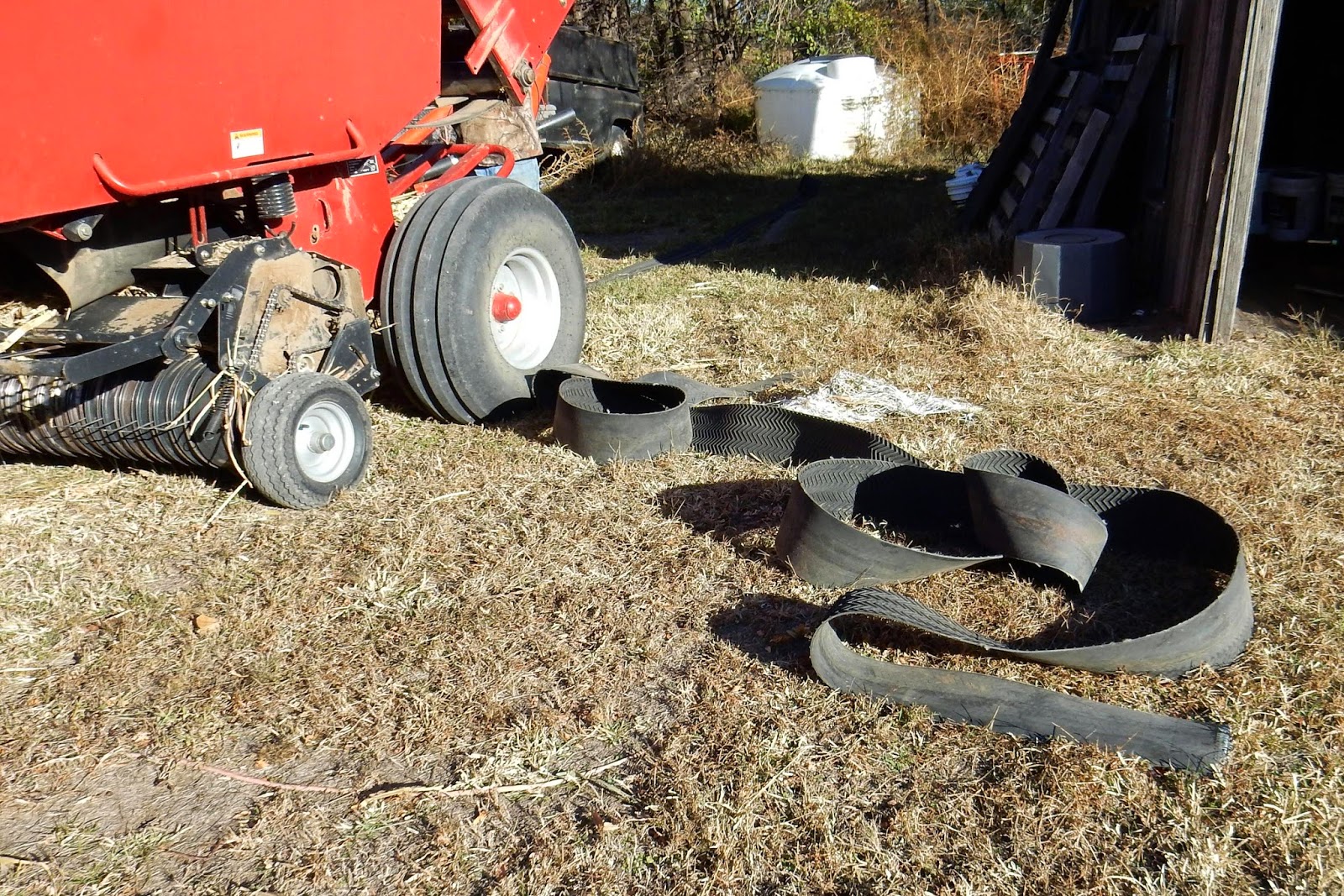 We did have a spare on hand, so while the guys waited on the veterinarian to arrive to do pregnancy checks on 69 cows, they worked to install the new belt. 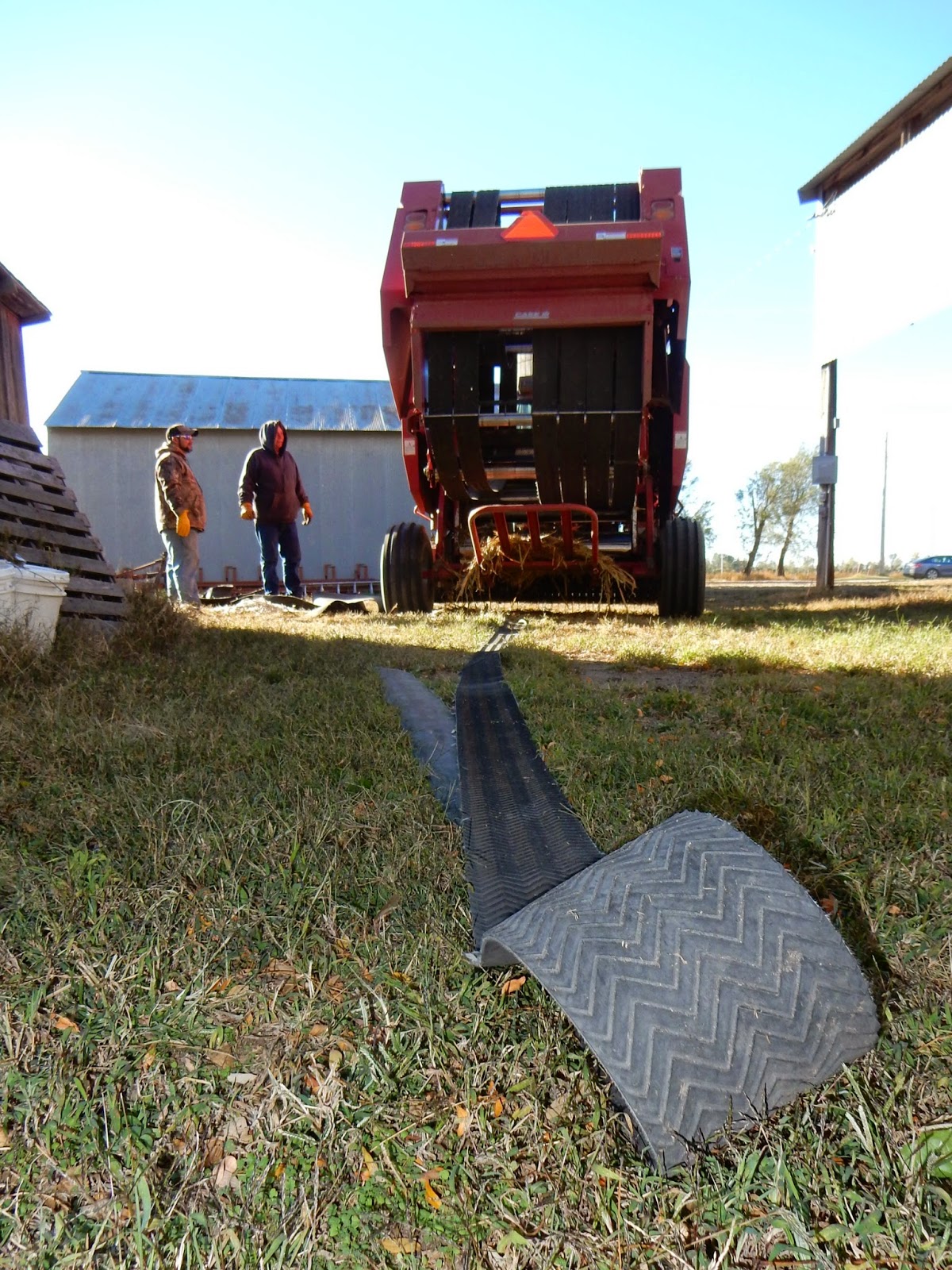 Randy did his Leonardo DiCaprio imitation on top of the baler as he worked to thread the new belt through: "I am the king of the world." 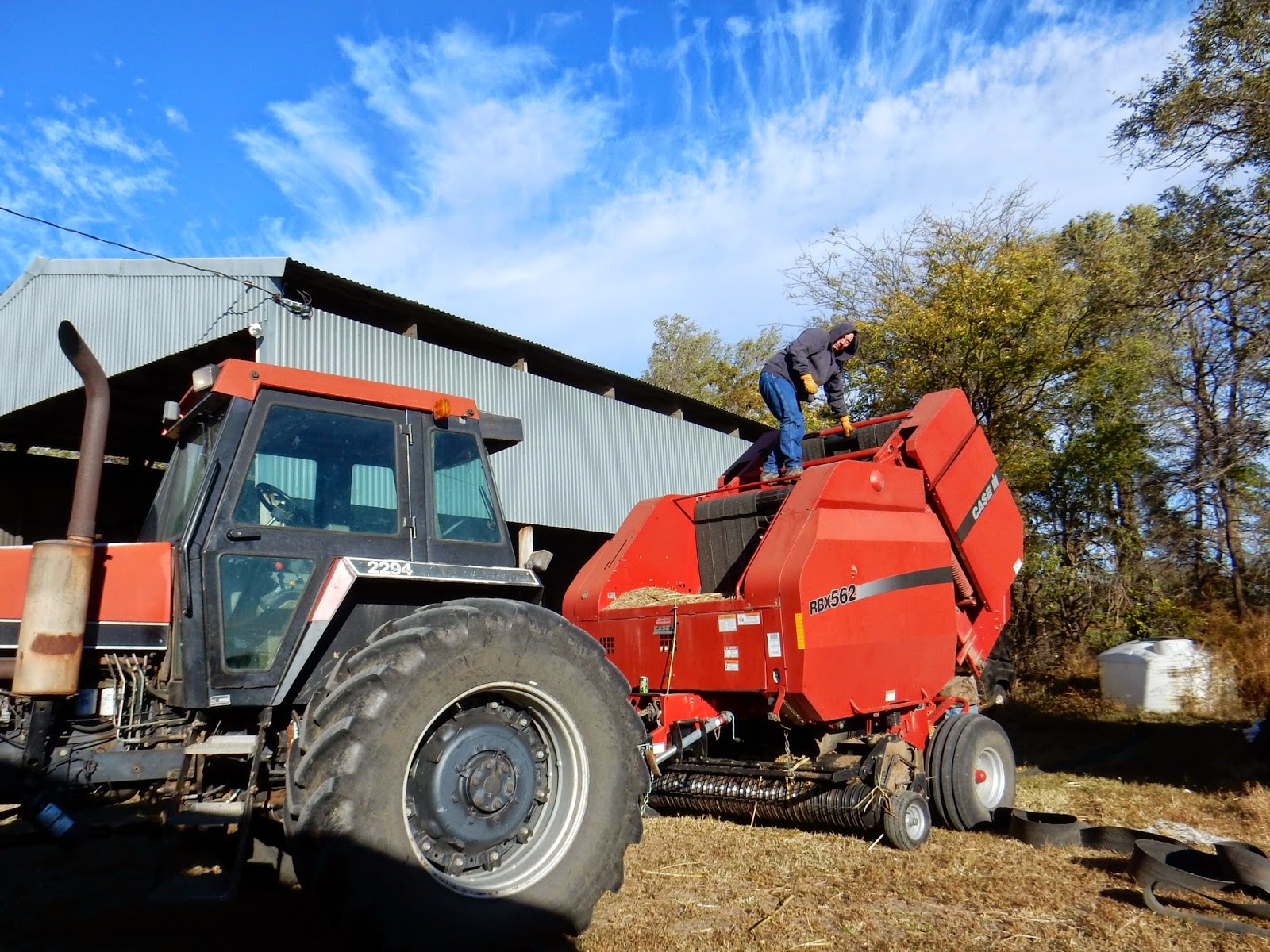 Unfortunately, he's not even king of this baler. When he went back out to bale Saturday afternoon, he got one bale and then the machine wouldn't work.

Maybe I was reading the skies incorrectly. The other part of that motto is: "Red sky at morning, sailor's warning."The sunrises have also had their share of red lately. Maybe it was a warning to balers as well as sailors, who knows?

On Monday, Randy made two trips to the repair shop in Hutchinson before he got it up and running. He got another 70 bales before it broke down again. We are still waiting on parts and repair.