Snapshots from the Back of My "Horse" 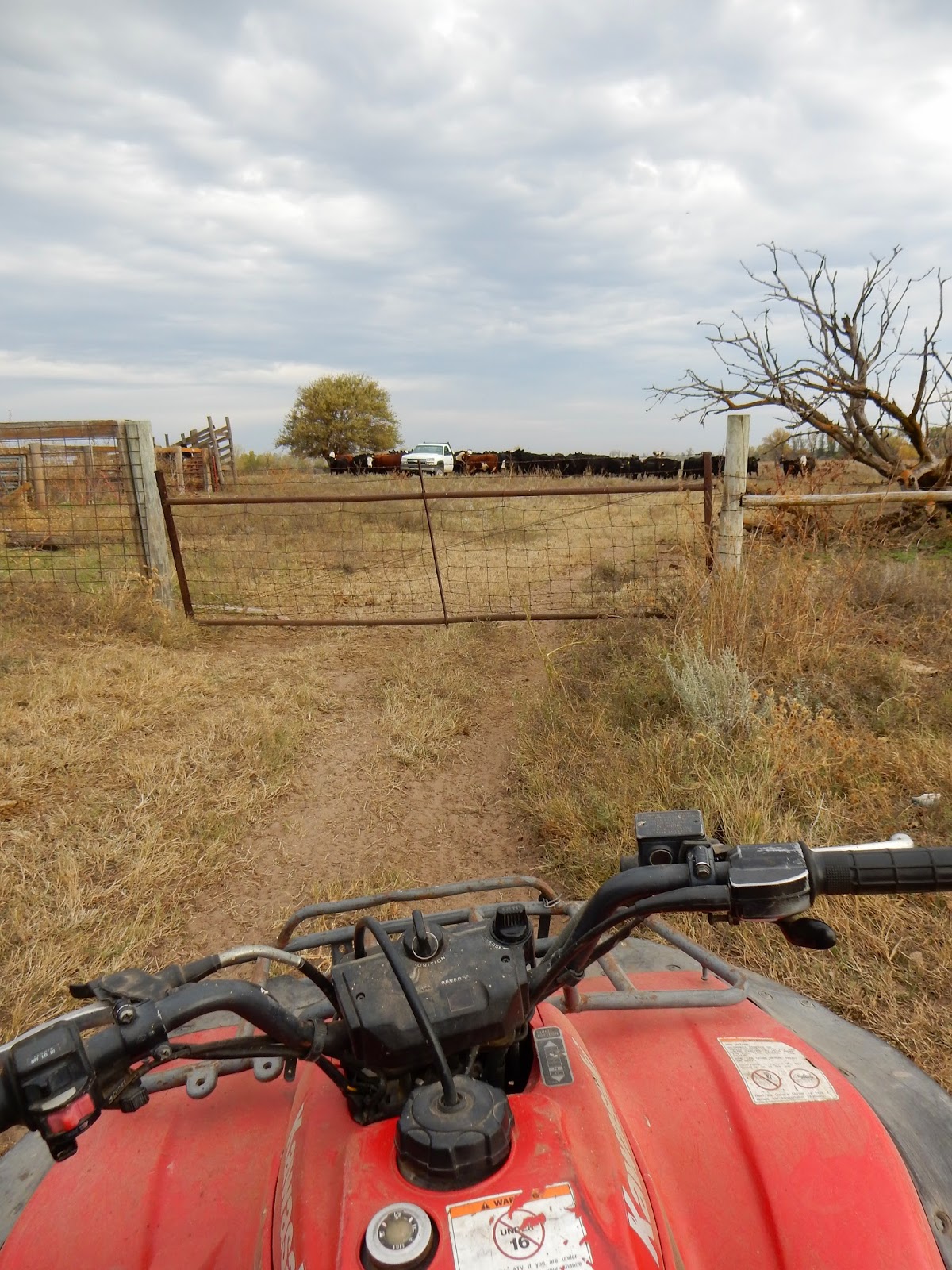 It was time to saddle up our "horses" and gather the cattle from the Ninnescah pasture. Our horses are of Japanese descent and don't requite any hay. Instead, they consume a steady diet of gasoline.

Thankfully, the round-up happened before last week's cold front arrived. I'm just behind in telling the tale. It was an overcast day, but at least the temperatures hadn't bottomed out yet. 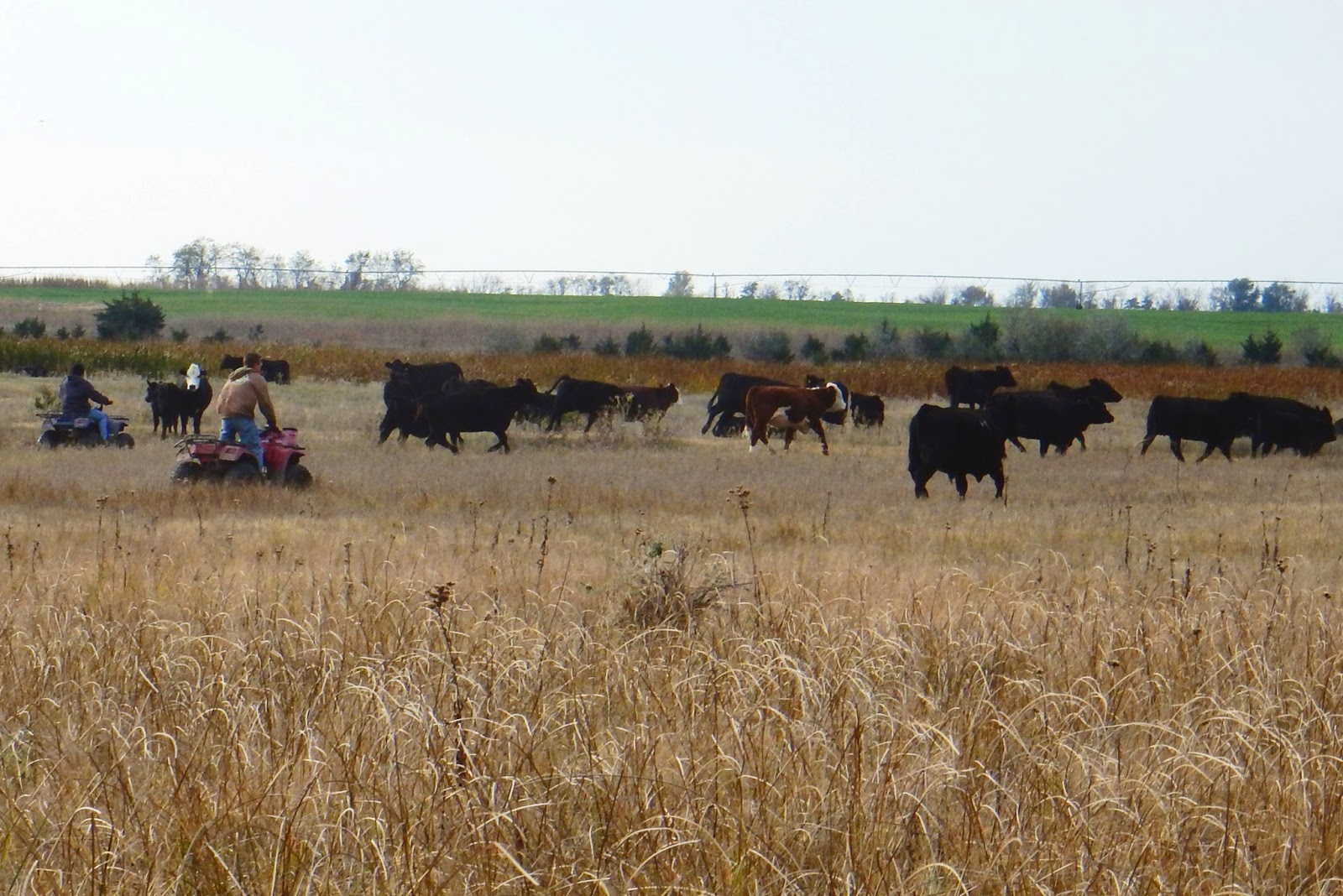 For the first round-up, we gathered all the pairs - the mamas and their calves born last February and March. We enlisted the help of another neighbor, C.W., who provided his own trusty steed. Randy and I were also on 4-wheelers. Jake was in the pen near the old hunting cabin, tossing hay into the air, hoping that would attract the cattle. 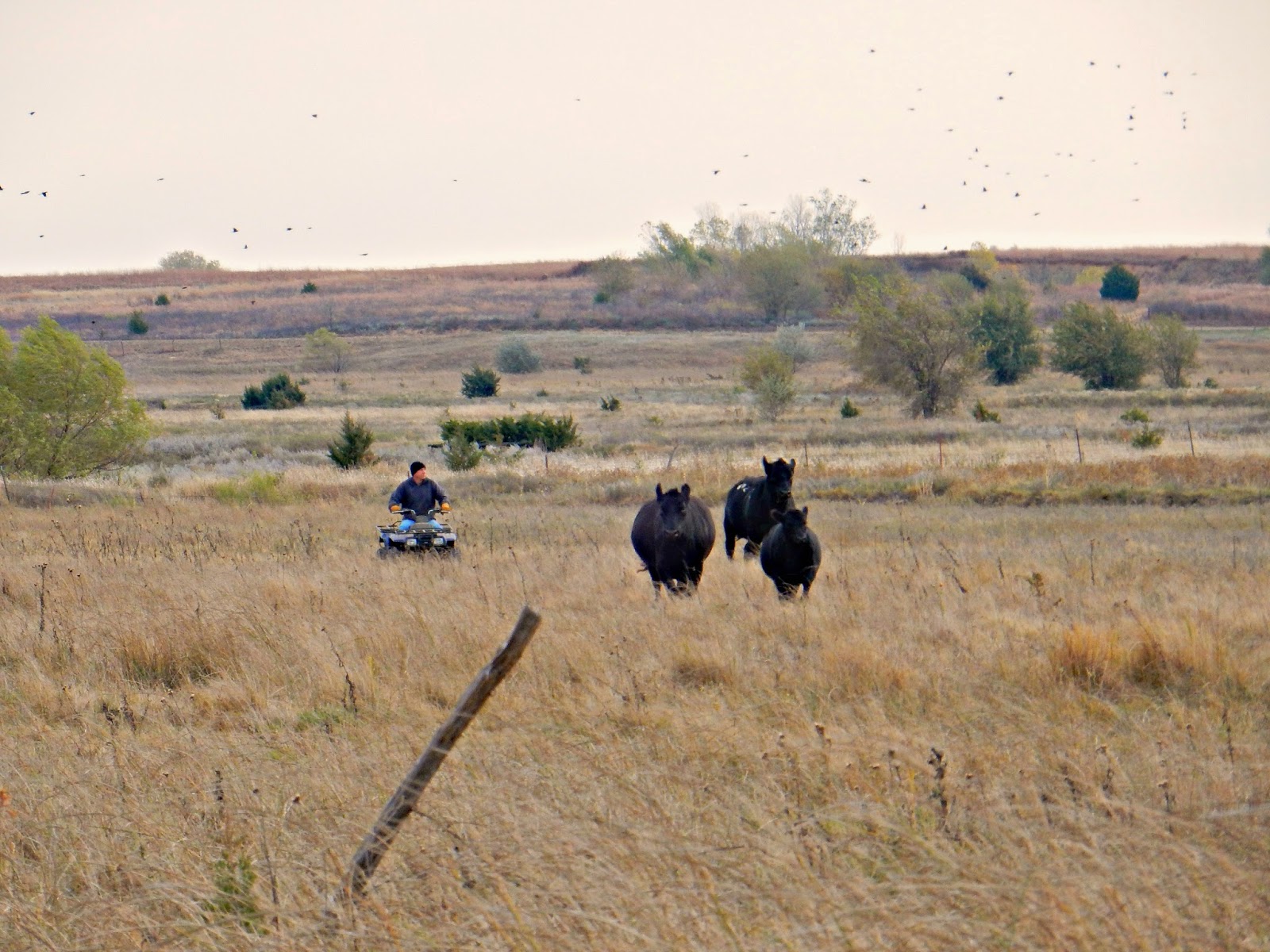 There are lots of places where the cattle can hide, but this time, most of them were together, and we rounded them up relatively easily. 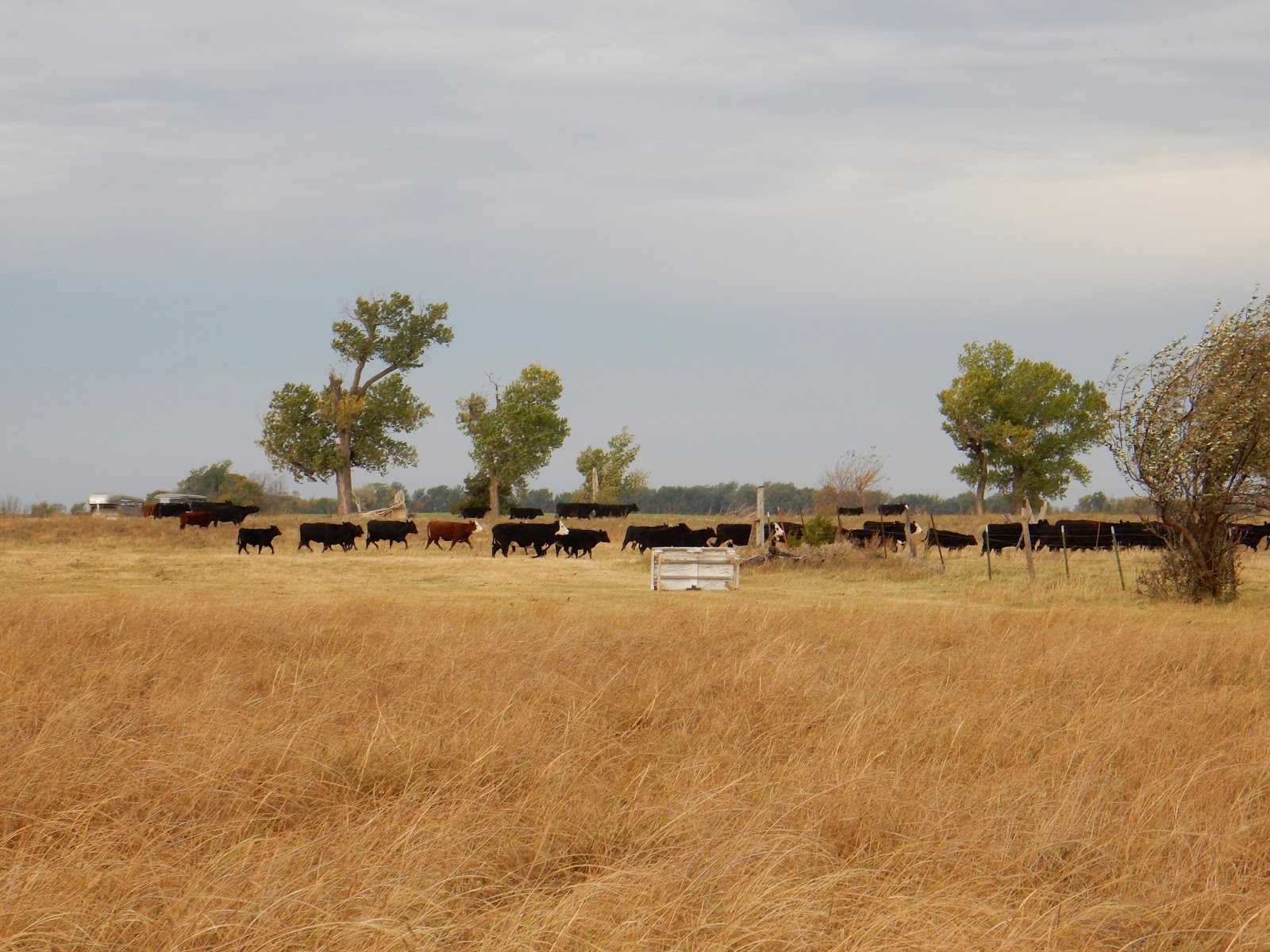 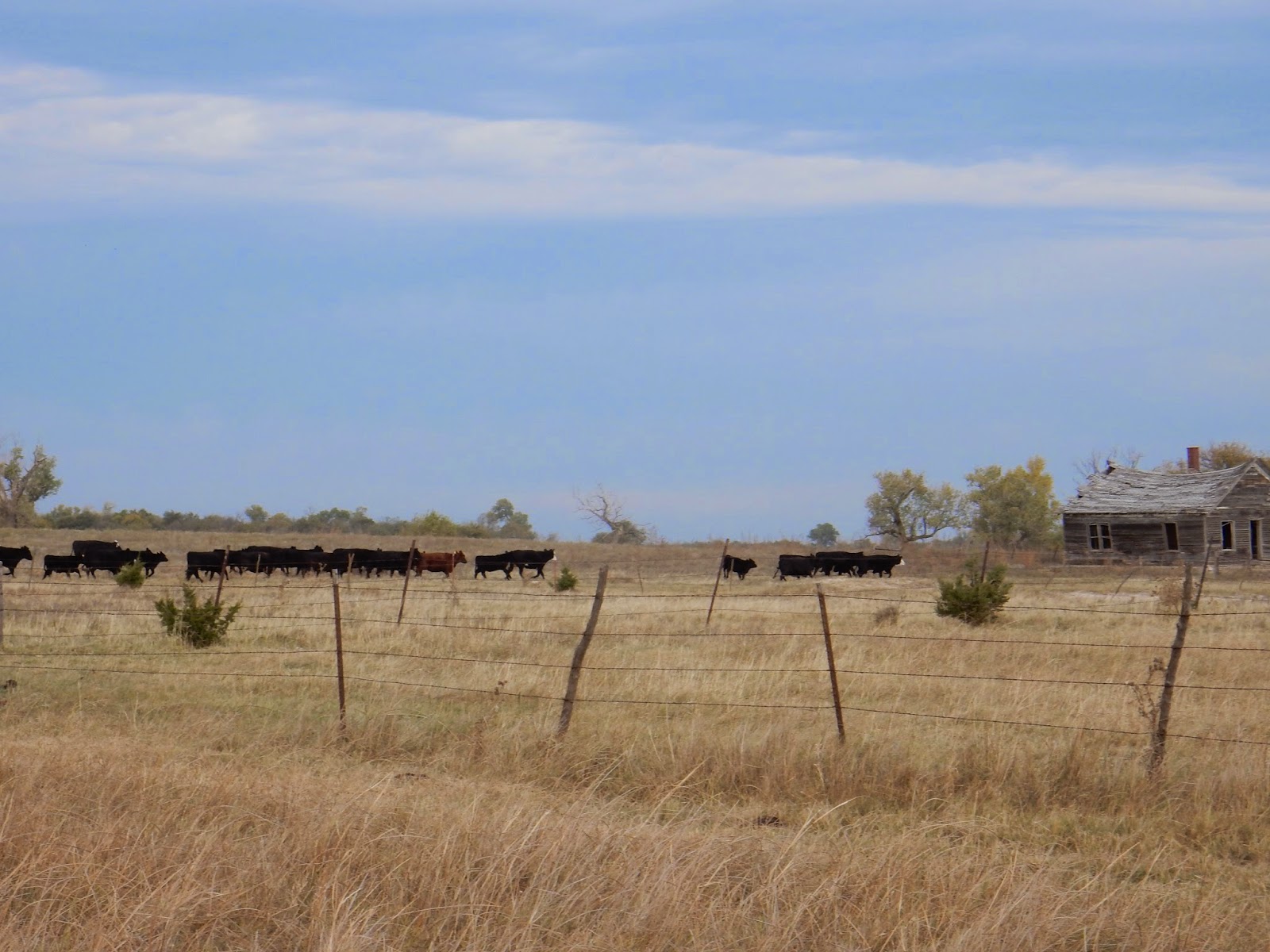 The guys brought up a few stragglers while I blocked them from the east. One of the slow guys was a neighbor's bull. We brought him into the lot and chauffeured him back home, too. 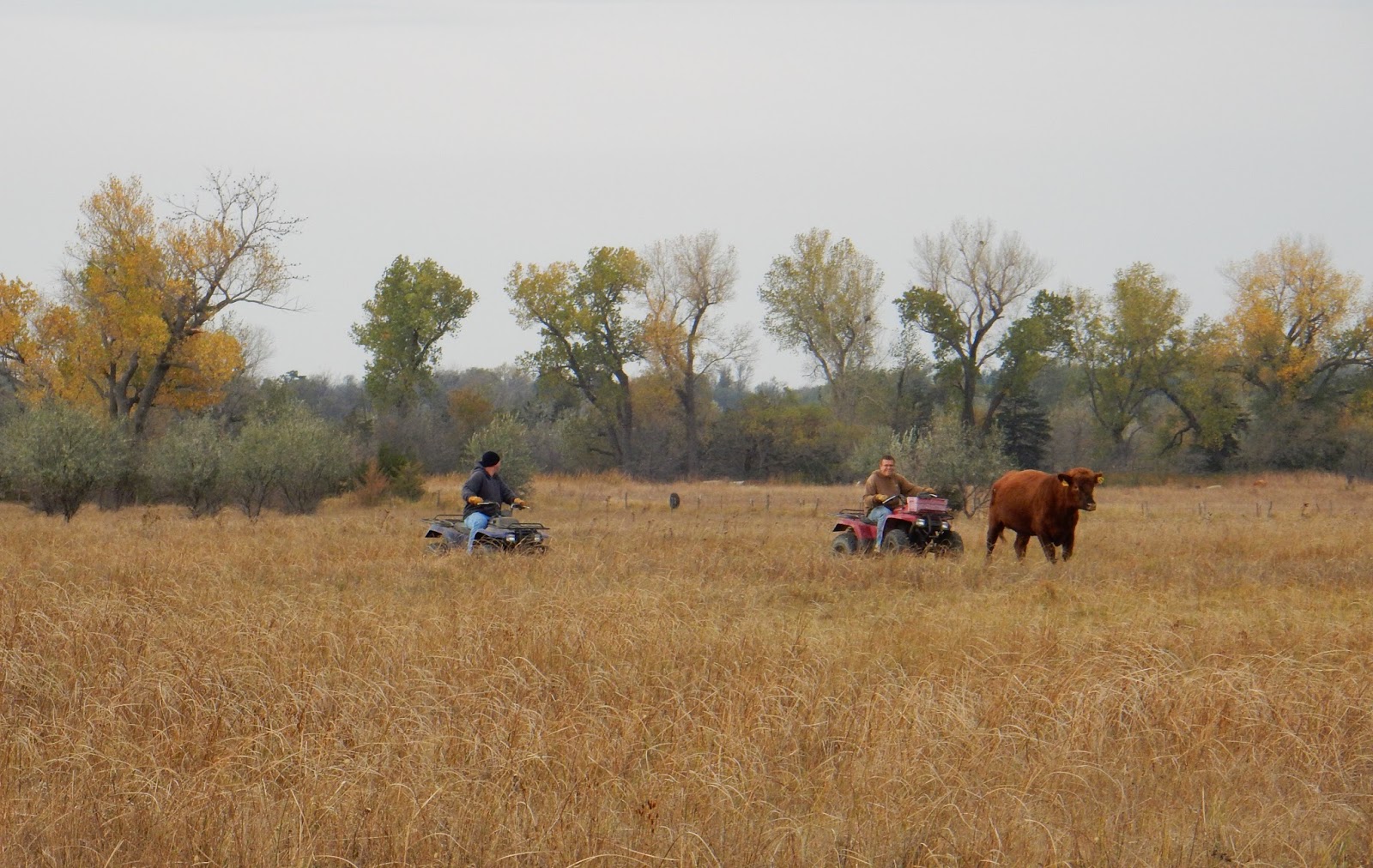 These two were also stragglers. 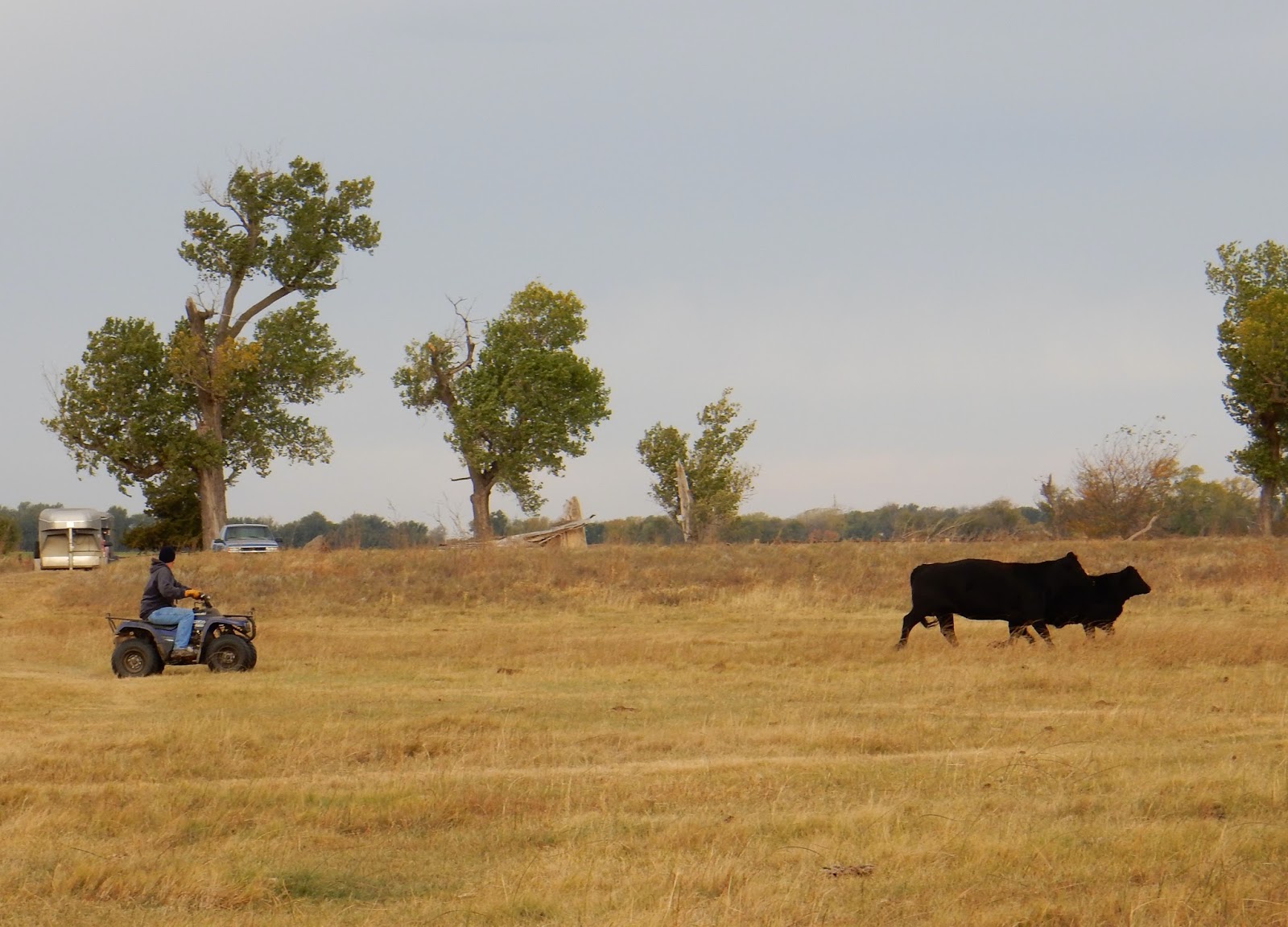 We got all the mamas and their calves up in the lots by the old hunting cabin. 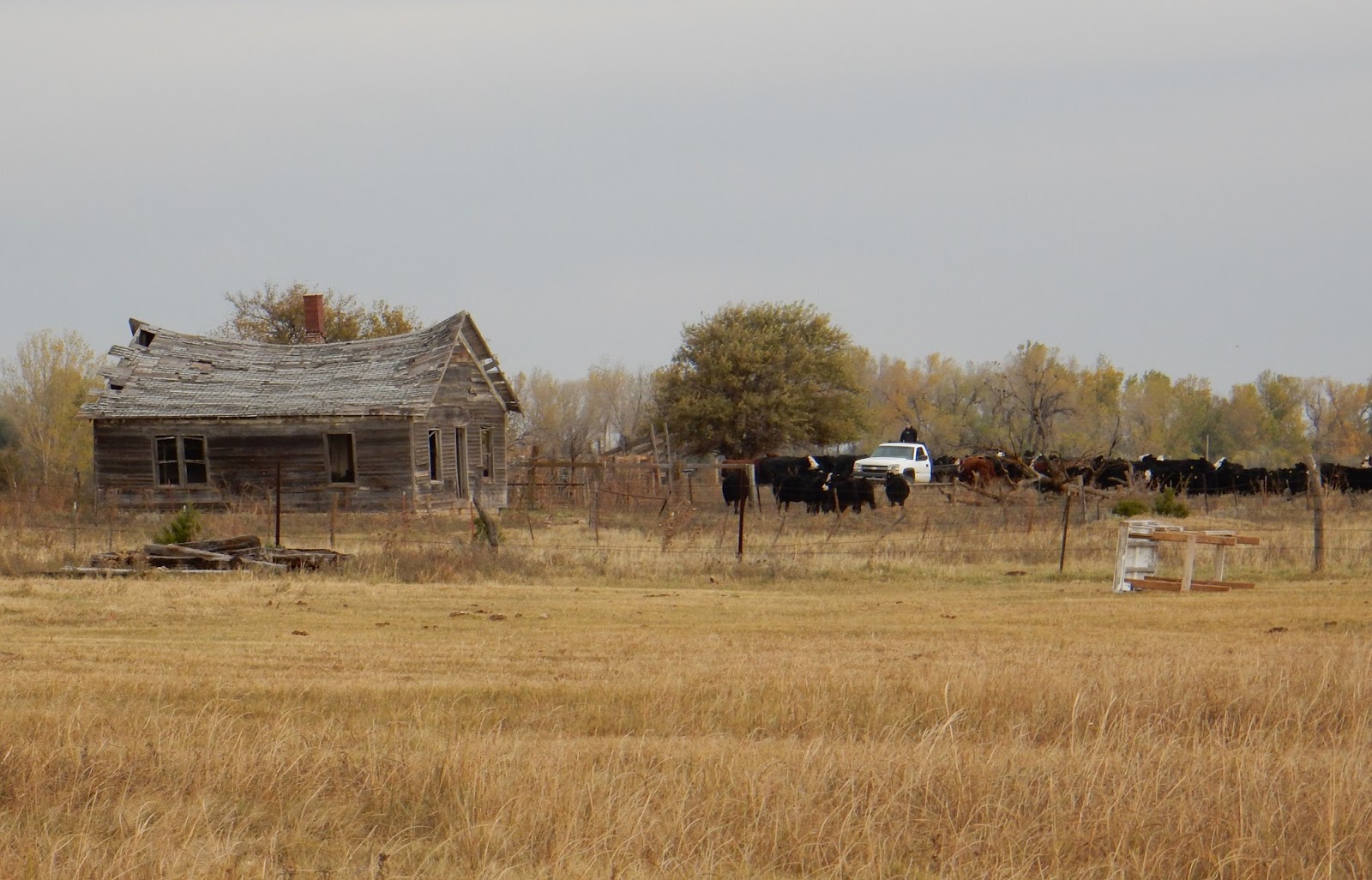 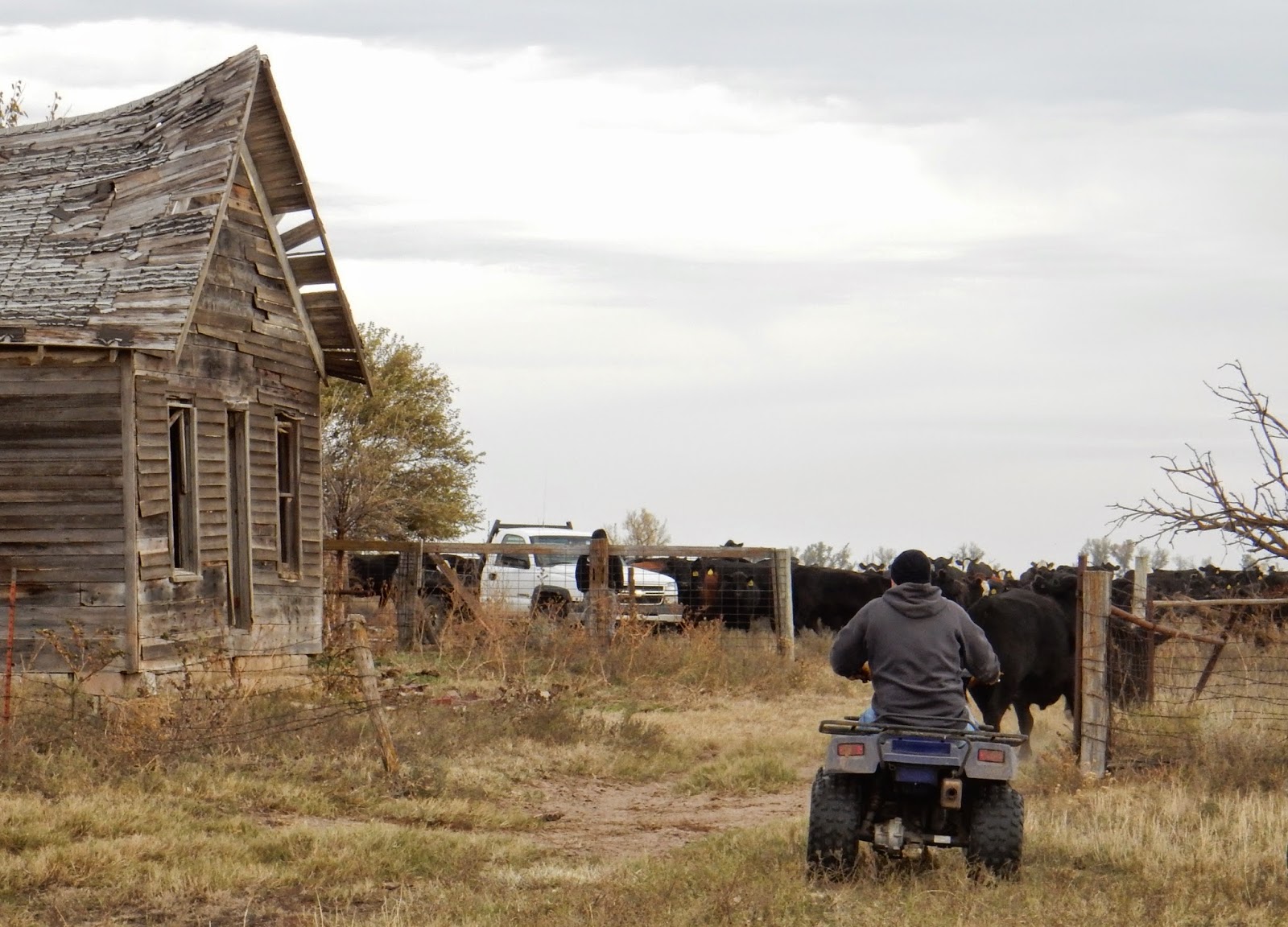 As usual, I don't have pictures of the actual sorting process. Trying to separate mamas and babies requires my full attention and both hands. 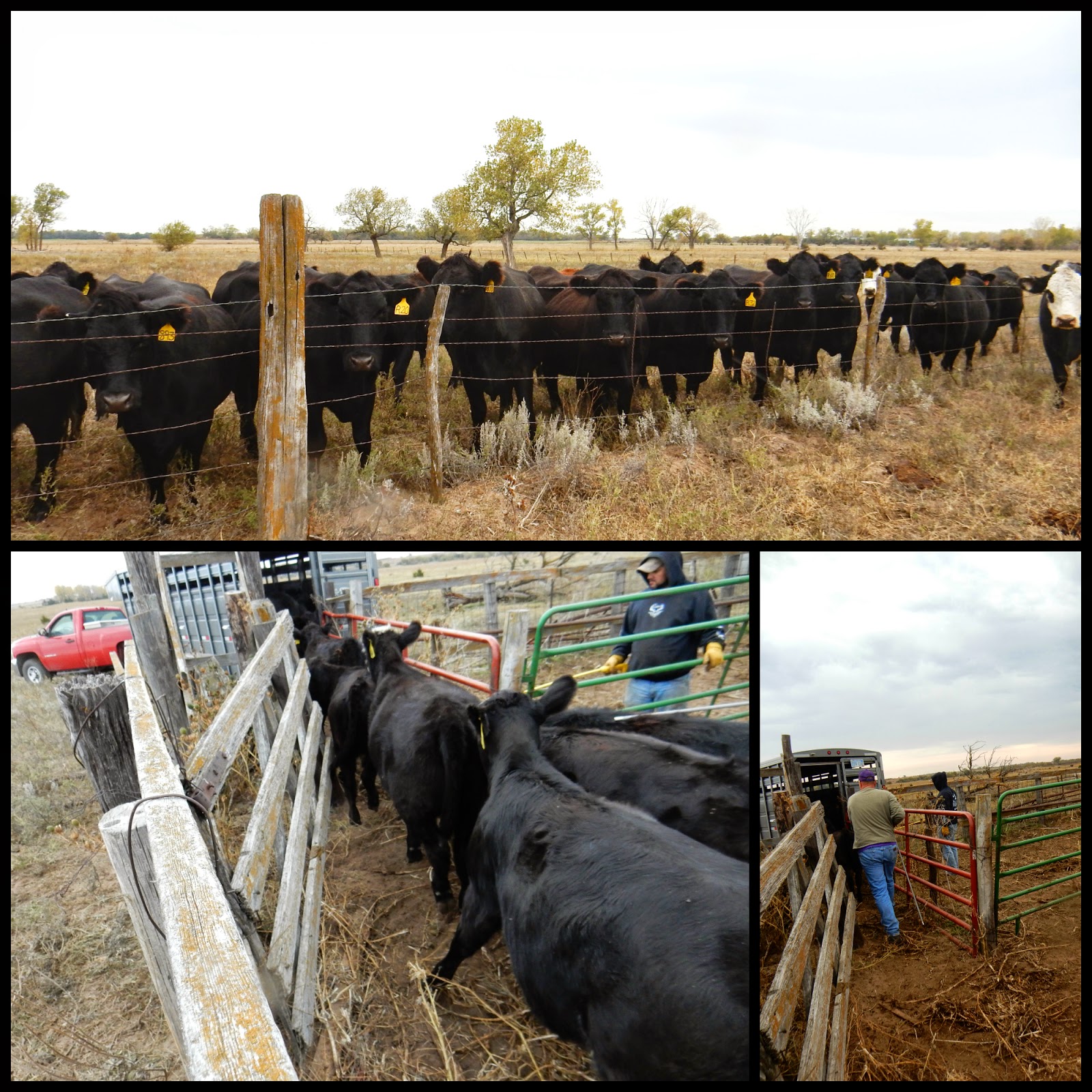 Once we had them separated, the mamas watched closely while their babies were loaded into the trailers. 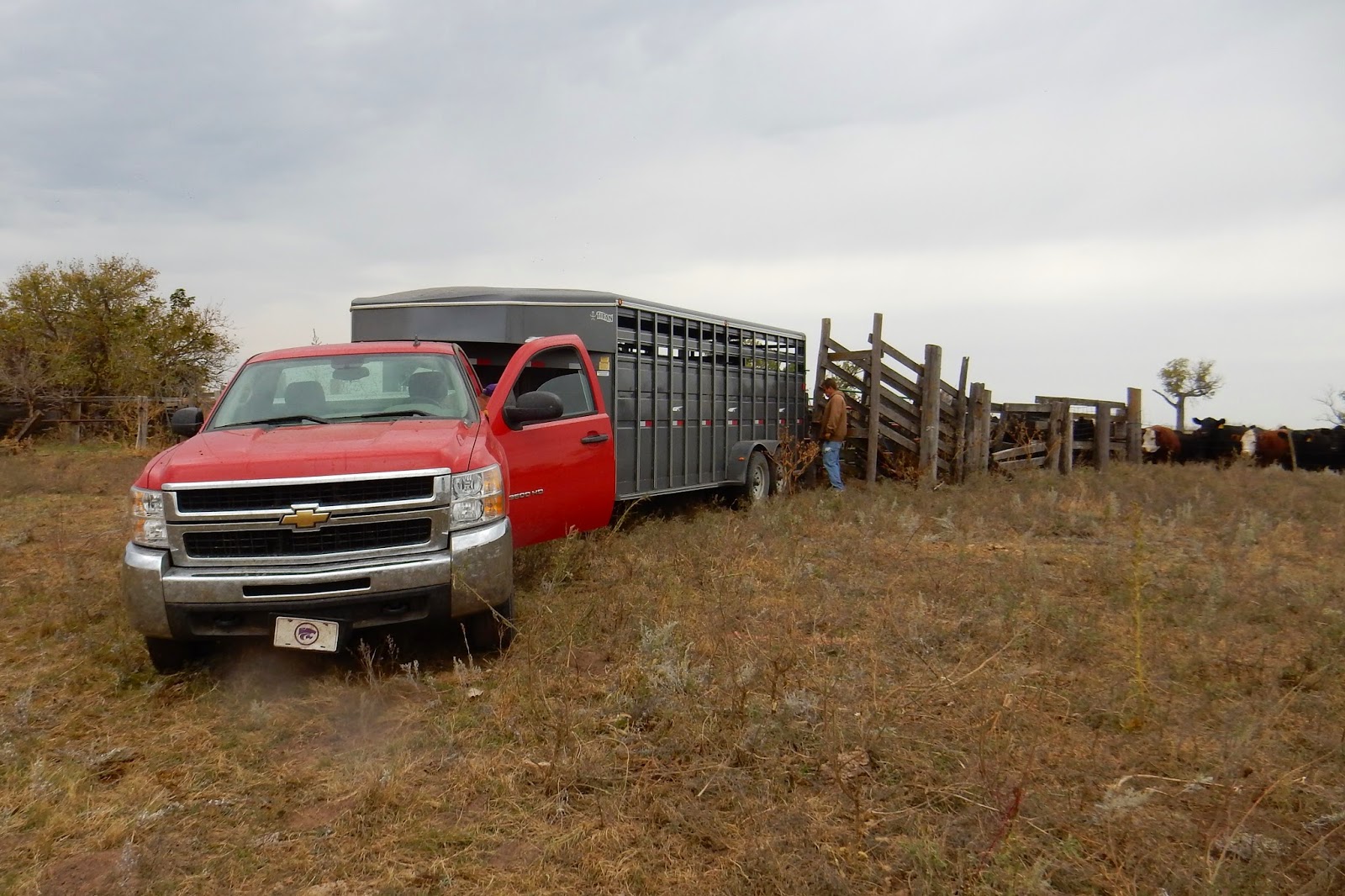 Since we didn't have room back at the farm for the mamas yet, we let them back into the pasture.(They've since been moved, but that will be a story for another day.) 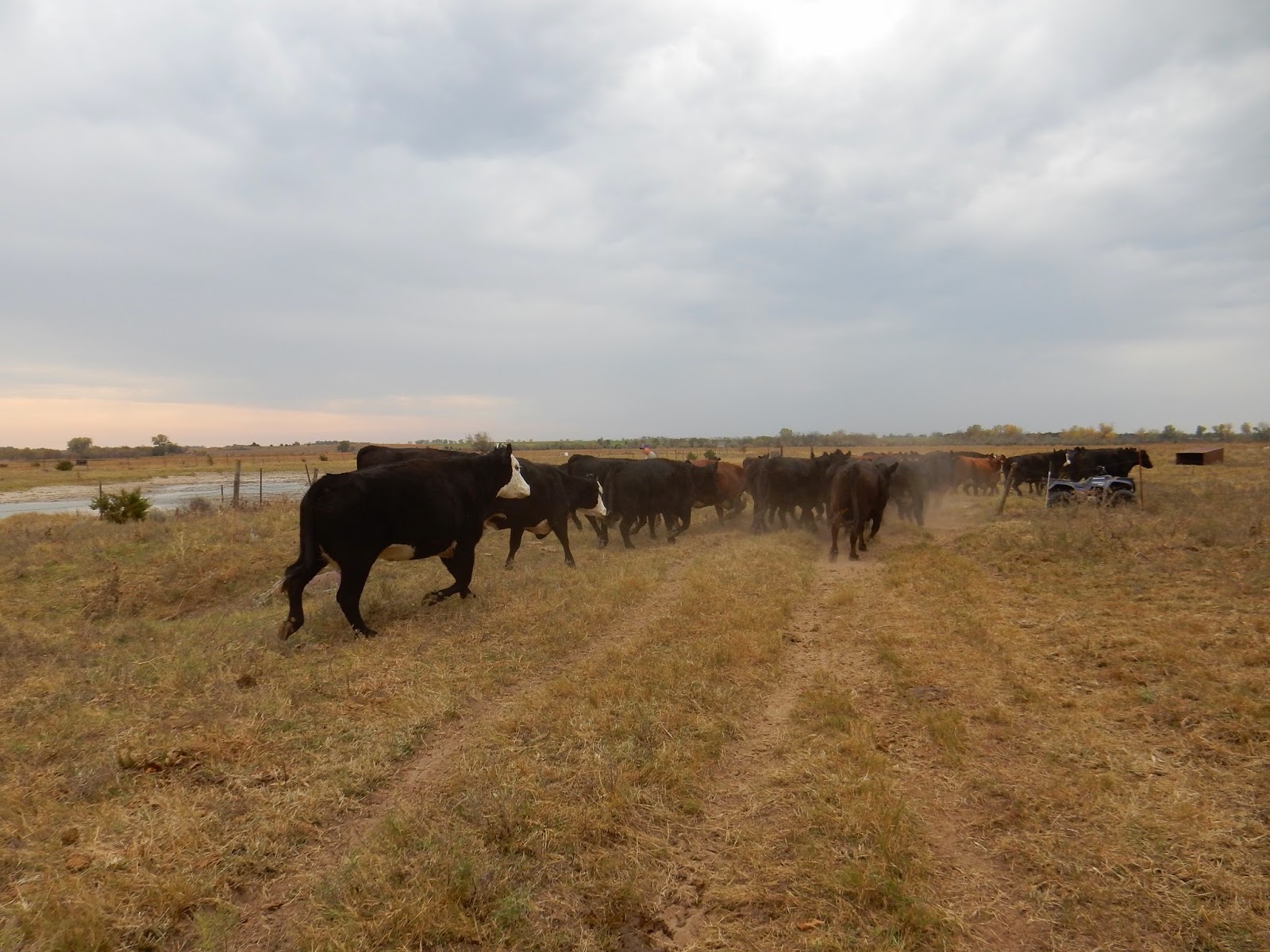 They followed the trailers to the road, where I stood guard at the gate while the guys drove the trailers out. 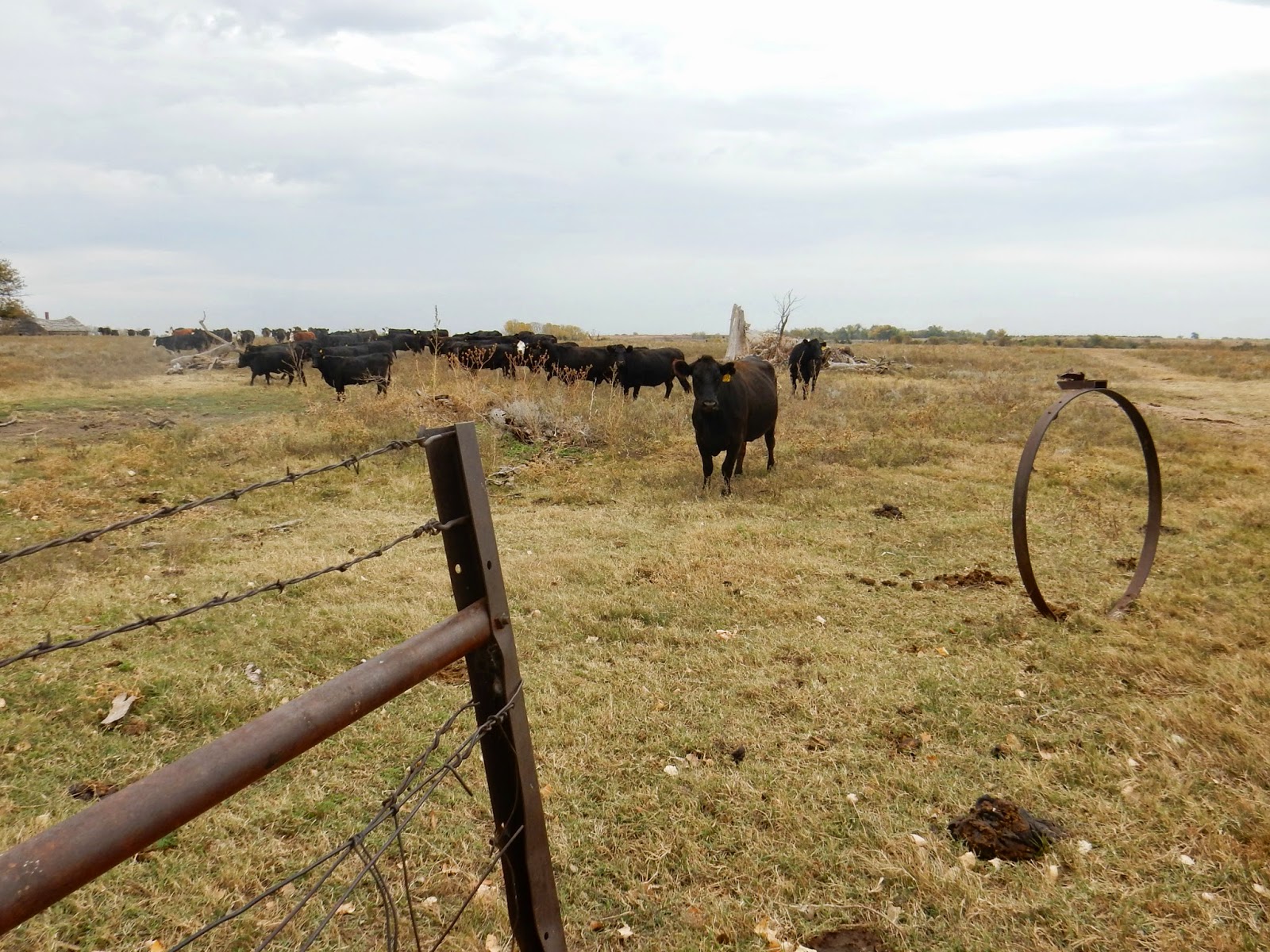 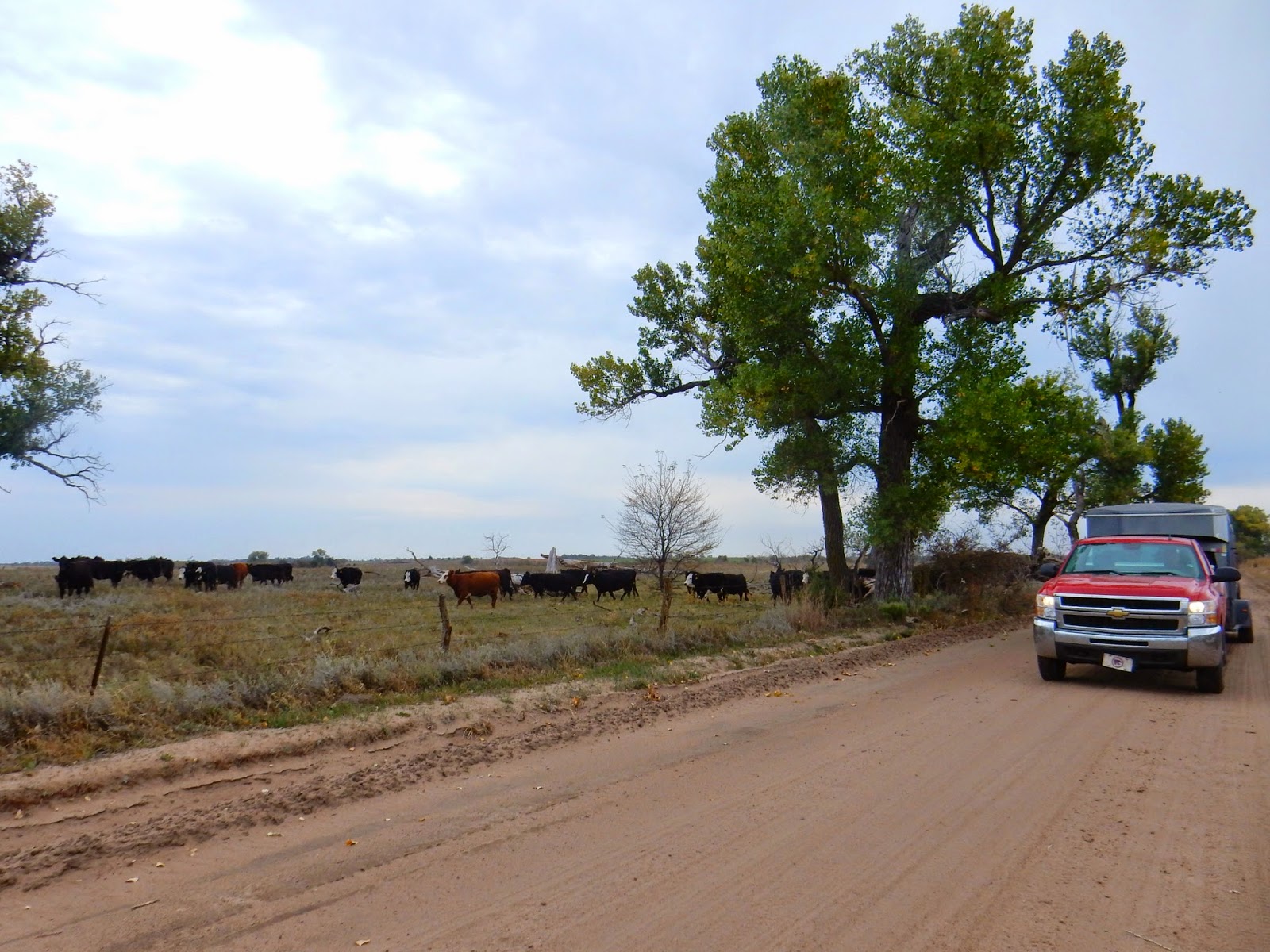 We stopped by the Zenith branch of the Kanza Co-op to weigh the trailers. The calves averaged 640 pounds after a summer on grass, a weight gain my handsome chauffeur was happy with. 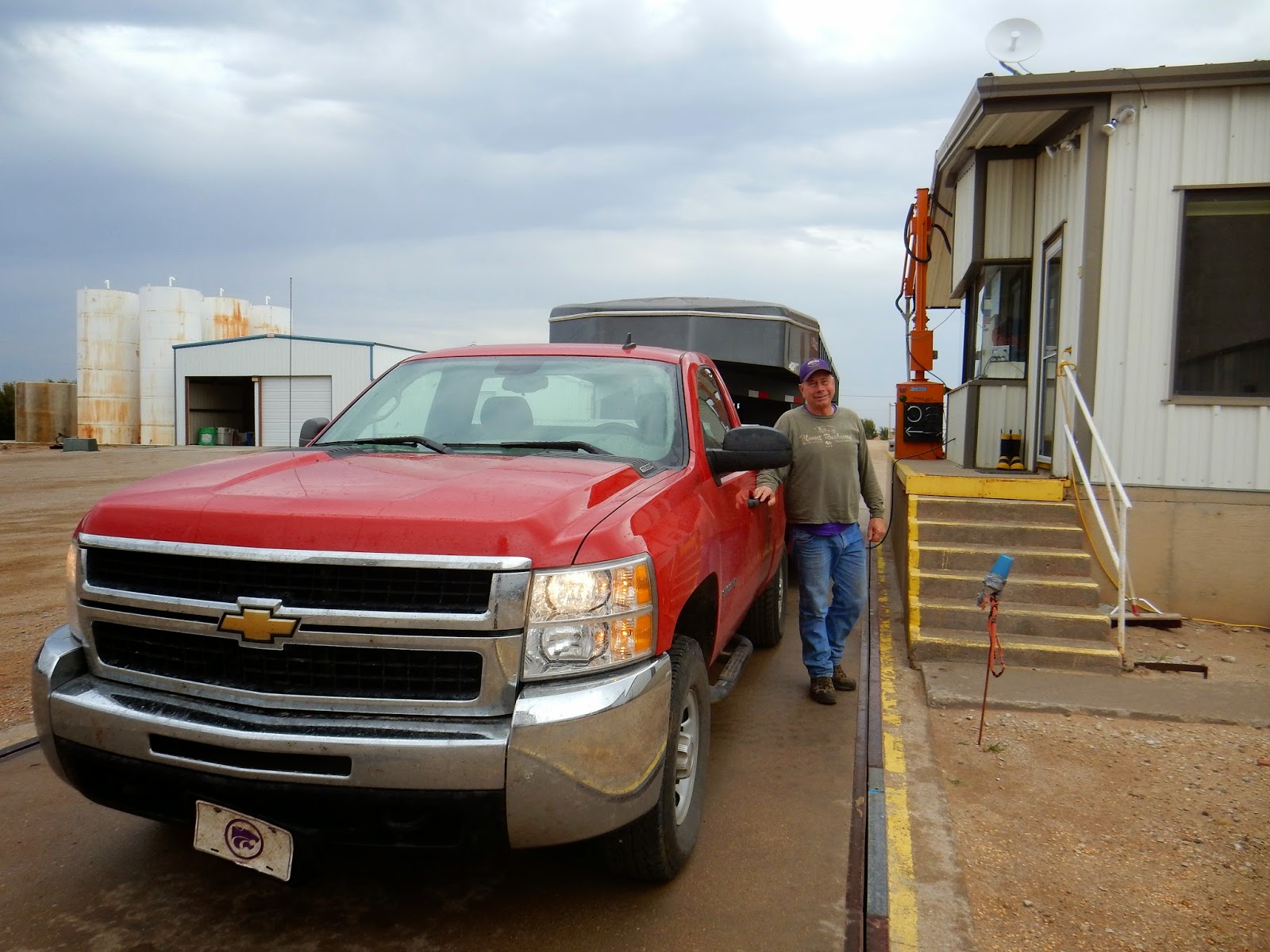 Once back at the farmstead, we counted the calves as they came out of the trailer. 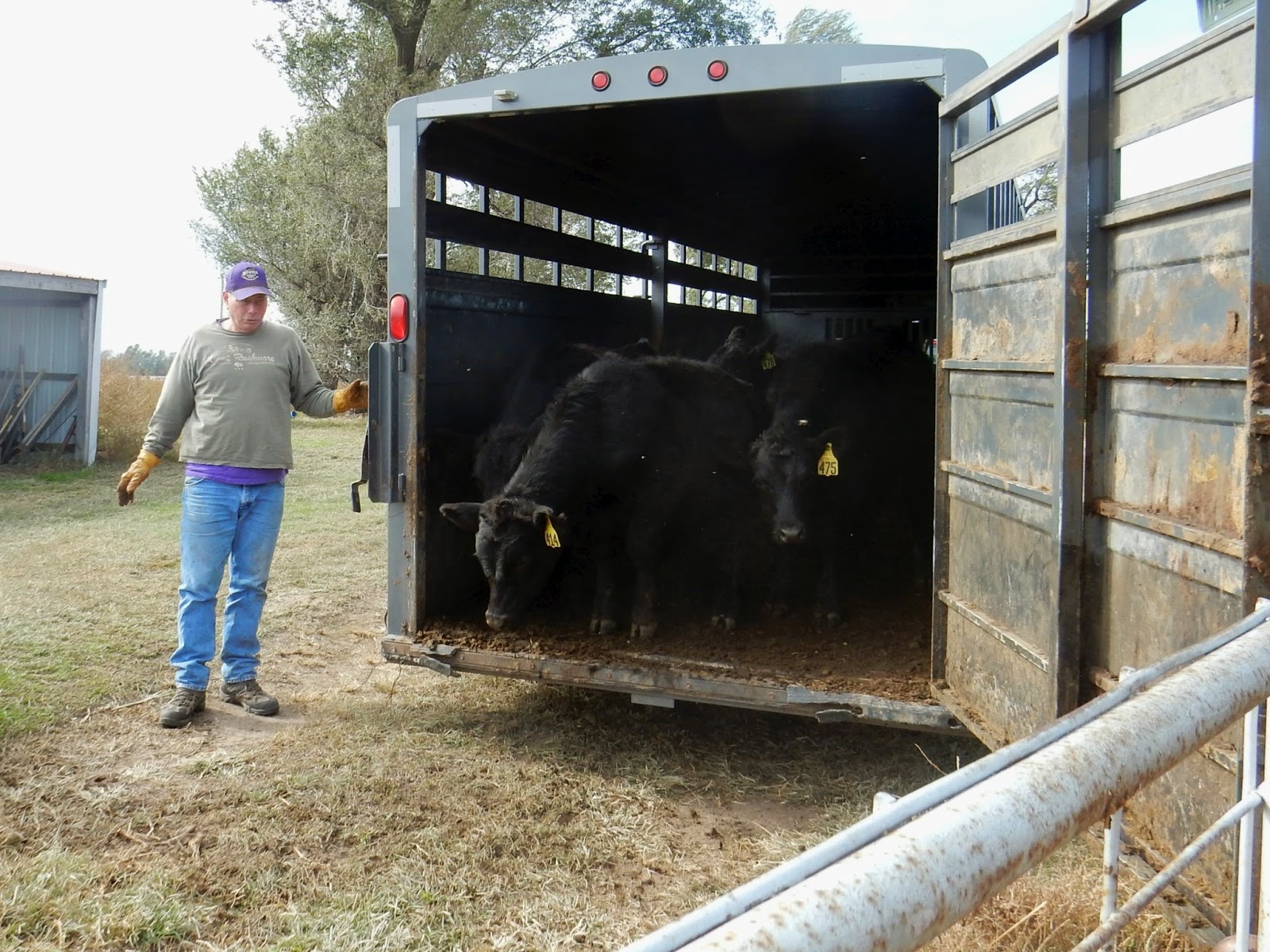 Next up on Kim's County Line, the calves' appointment with the veterinarian.
Posted by Kim at 6:00 AM