A Night on the Red Carpet 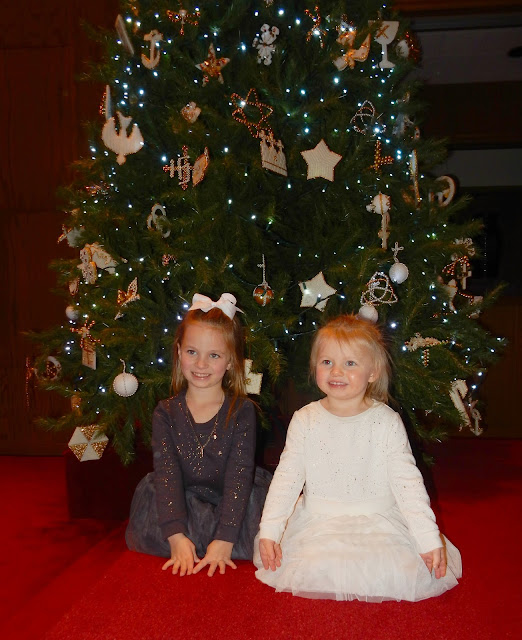 There won't be any Academy Awards.
The Tony selection committee won't be calling anytime soon.
Likewise, the Emmys will ignore the enthusiastic talent represented on the red carpet. 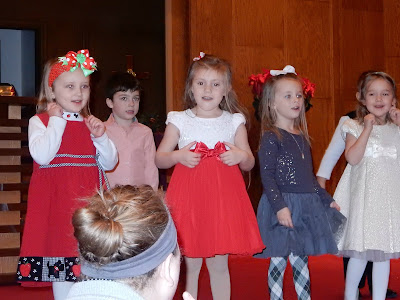 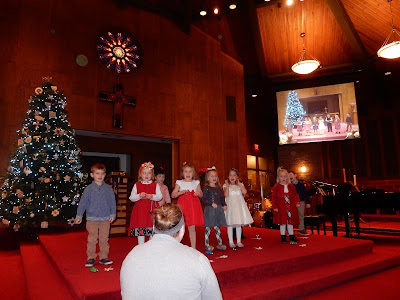 The answer is an emphatic, "Yes!"

Who wouldn't drive that far for a rousing performance of "Little Snowflake?" 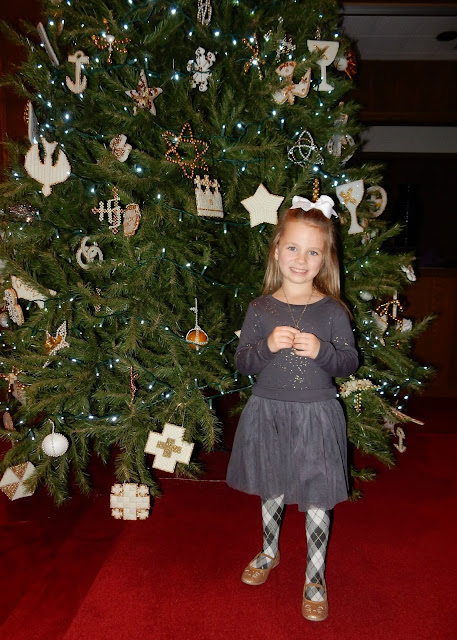 The concert event was Kinley's preschool Christmas program. She had quite the entourage. Besides Randy and me, her Iowa grandparents also made a similar 3-hour-one-way trip to the concert. Mommy, Daddy and Brooke also had prime seats in the front row. 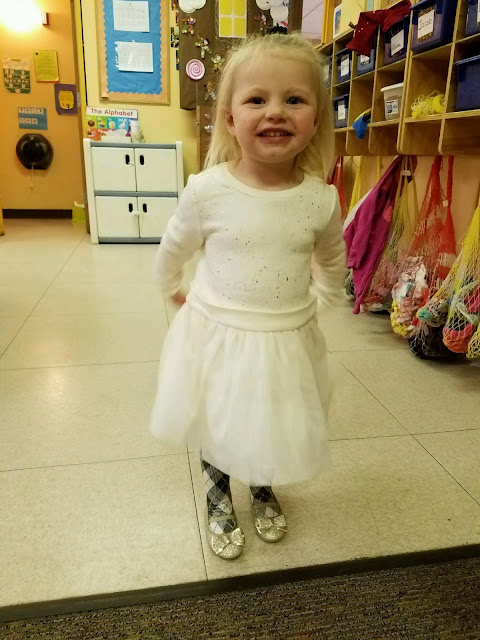 I must admit I felt a little guilty that we didn't make the same drive for Brooke's program two days earlier. However, Jill gave it a 50-50 chance that 2-year-old Brooke would actually stay on the stage. When Jill shared her percentage guess, Brooke's teachers said she was being overly optimistic. Brooke ended up sitting on a teacher's lap and she didn't sing a word.

Well, she didn't sing during the concert. She did sing every single word to "Jingle Bells" on the way home, Jill reports. But she was absolutely thrilled to wear her pretty new dress. 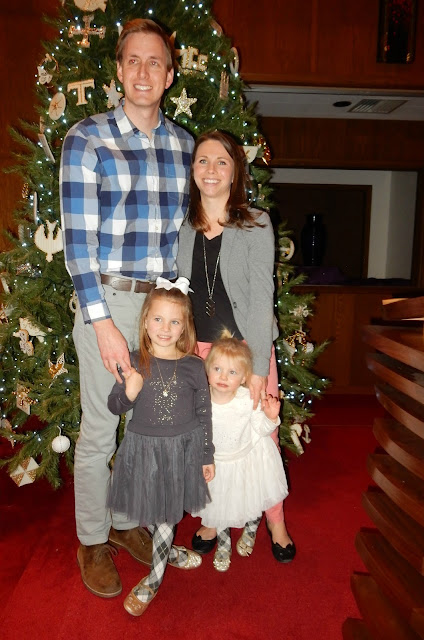 She was happy to put it on again for some family photos after Kinley's program. 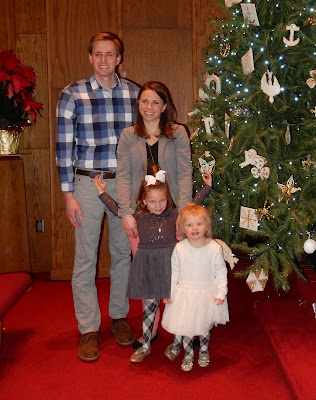 I'm sure you've heard of those acting studios which want their actors to embody trees or flowers, right? Our 4-year-old actor wanted a "cheetah" photo after we were done with the boring family shots. Maybe I really will be attending an awards ceremony on a red carpet some day. She's already working on her "method acting." 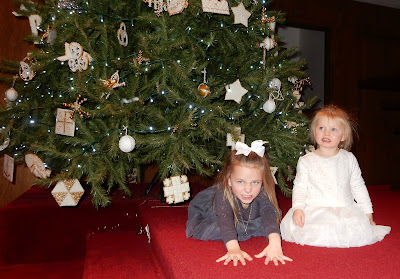