Baby, It's Cold Outside! 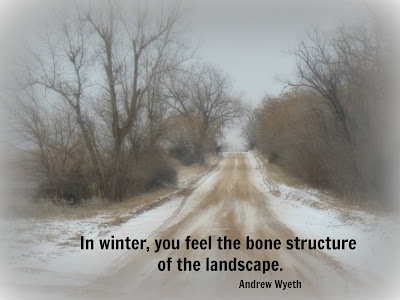 Kansas must be like a super model right about now. You know those chiseled cheek bones and protruding hip and spine bones from the runway's strutting models. If artist Andrew Wyeth was right, Kansans were feeling "the bone structure of the landscape" Saturday and Sunday in super model style!

Sunday marked the coldest recorded lows for December 18 in Hutchinson, Dodge City, Garden City and Medicine Lodge, according to the National Weather Service offices in Wichita and Dodge City.
Hutchinson had a record-setting low of -13 degrees, which beat the 1996 record of 8. The storm also brought some snow, maybe 2 inches. It's always a little hard to tell when the snow has danced around the fields and into the ditches.


Today, the thermometer begins its climb out of the cellar. However, we have another cold day in store. Today is expected to hit 29 degrees, with wind chill values as low as -10. However, highs the rest of the week are expected to be in the low- to mid-40s.

At the height of the snowfall Saturday afternoon, we drove to Hudson for a funeral gathering. 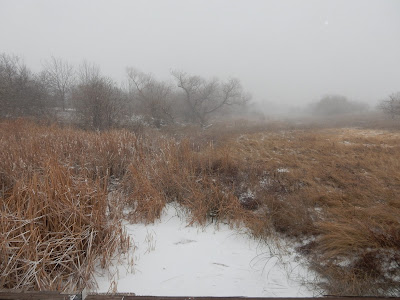 The Peace Creek bridge scene looked a bit like an Andrew Wyeth painting. 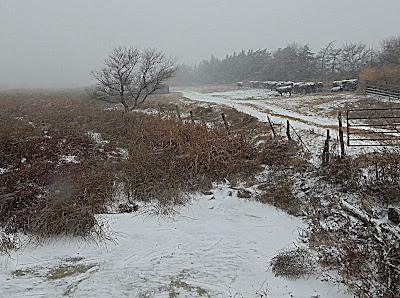 The cows were huddled behind the trees, getting out of the wind. The guys had fed them plenty of silage and hay earlier in the day to keep their bodies fueled. 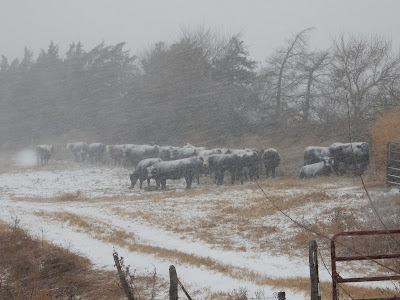 On the way home, the snow had nearly stopped, but it was no less cold. Peace Creek at the Zenith Road was also dressed in its winter finery. 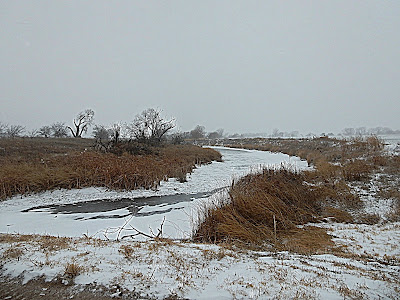 So what do you do when the temperature is -12? You have a giant bonfire, of course. Randy was waiting for a calm day to burn the wood piles from the demolition of the granary and barn. Sunday, the wind was down, which was good news for the wind chill and for burning, and the snow cover provided yet another barrier. The wood and debris from the granary took off quickly. The other pile from the barn may require another burn day. The fire really did feel nice and toasty - even better than our old farm house. 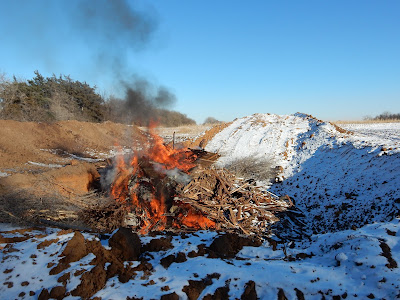 Before the snow and cold on Saturday, the guys got holes dug for the new fencing at the corrals. Thanks to our neighbors Keith and Hendrik for the loan of the bobcat loader with the post hole digger and the help with the project! 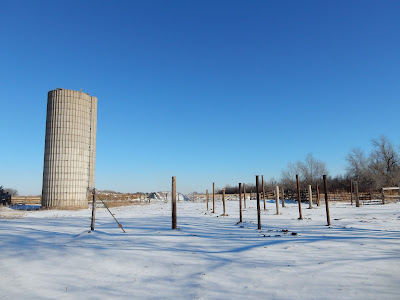 There was some debate about canceling church due to the cold weather on Sunday. But, in United Methodist fashion, our "hearts were strangely warmed" by the children's program directed by Kristen Knight. (Since I started this post with a quote from Andrew Wyeth, I'll give a little equal time to John Wesley with the warm hearts quote.) 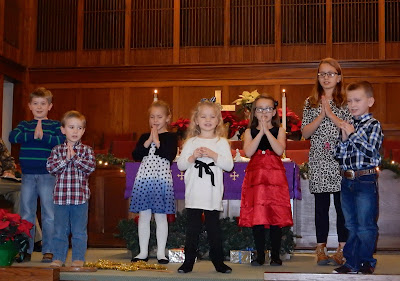 I don't think any of us felt as cold after listening to their Christmas carols! (More thoughts on the program later this week here on The County Line.)
Posted by Kim at 8:14 AM